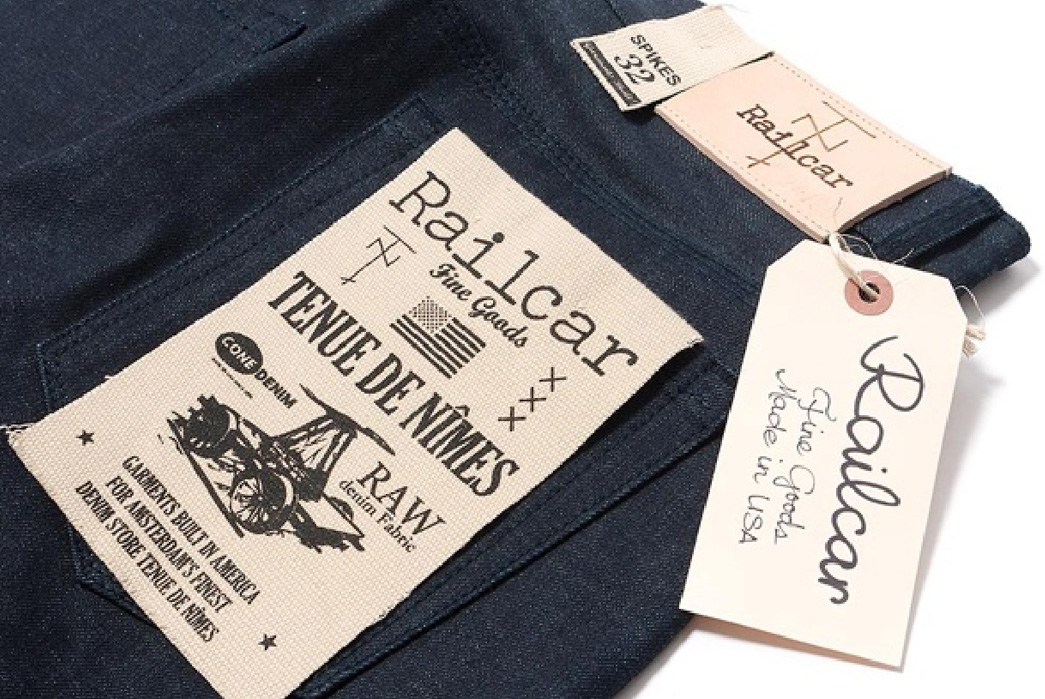 Around September 2012, California denim builders, Railcar Fine Goods, partnered up with Amsterdam denim purveyors, Tenue de Nîmes, and released teaser details on a co-op project that they had in the works.

Fast forward six months and along with TdN‘s new website unveiling comes the collaborative denim. Though the denim was produced in very limited quantity (as co-produced items typically are), we were recently given the opportunity to see the denim up-close and compile a comprehensive review.

Note: To give you an even deeper understanding of products that we review, we’re test-driving a more objective system based on four criteria and on a five-point scale:

If you have any feedback on this approach, let us know in the comments below. Or if easier, you can always shoot us an email via info [at] rawrdenim [dot] com. 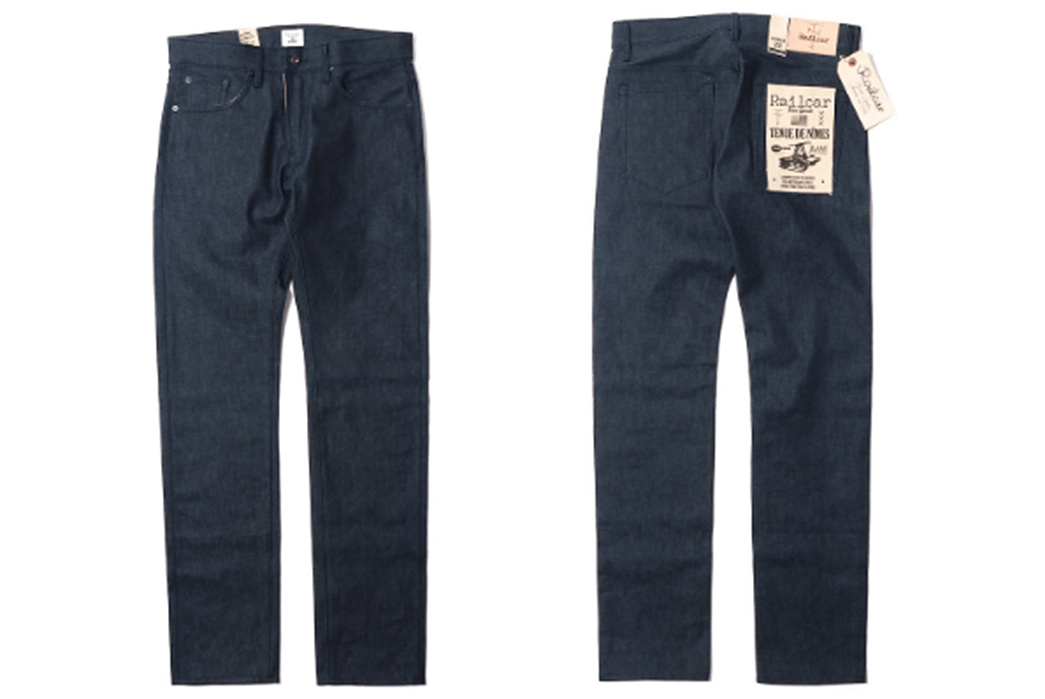 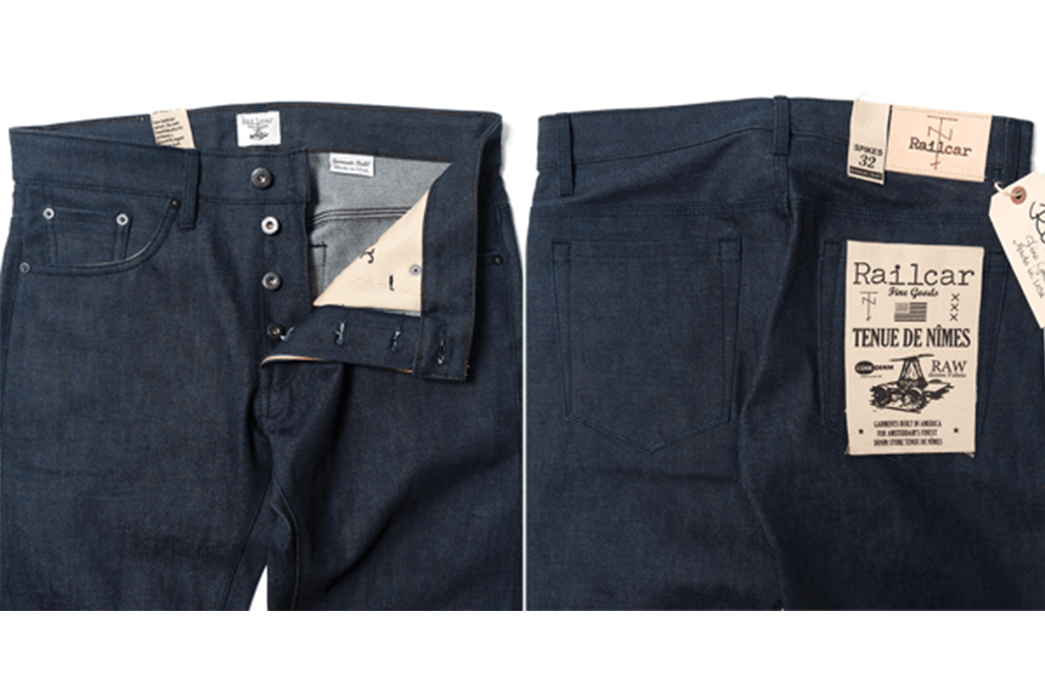 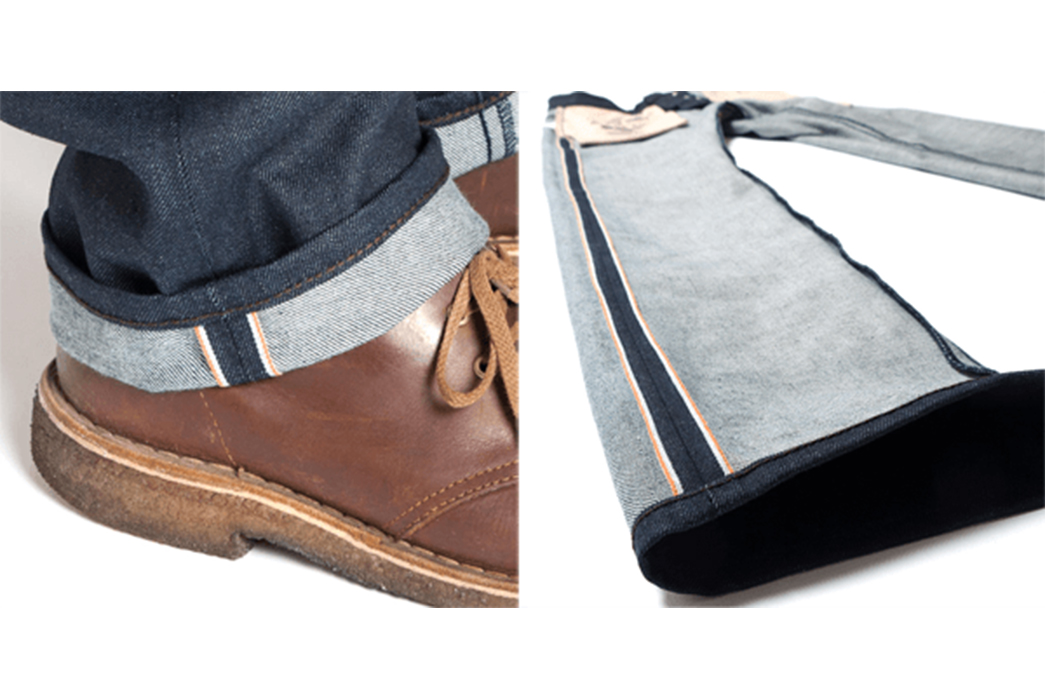 As the denim was sourced from the ever-popular Cone Mills, one might think it’s not the most unique fabric in the world. However, in many ways Railcar and TdN strayed away from the norm. They utilized a peculiar shade that seemingly lies somewhere between indigo and black, later accented with an espresso chain stitch hem and electric orange selvedge.

In terms of the selvedge, it’s not often one’s able to pull off such a vivid color, but the clean Dutch royal orange selvedge contrasts well with the denim. Though the denim itself errs on the smooth rather than slubby side, just upon touch one can quickly get a sense of the fabric’s high calibre.

If one was to critique any particular detail of the denim, it could be the weight. Though 13 Oz. may suit some just right and there may be a reason behind the choice here, but when actually wearing the jean (more below), you feel it’s just a tad light and could be 1-2 ounces heavier.

The Railcar x TdN denim fit is fairly standard; maintaining a slim cut with straight leg and medium-low rise. As shown in the photo above, the denim was very well-fitted in the waist and thigh area, but fairly roomy from the knee downwards.

It may have been wiser to size down by one to a 31 albeit this likely wouldn’t have resolved the issue completely. Aside from this fit detail, the denim wears extremely comfortably and feels almost airy given its 13 Oz. weight. 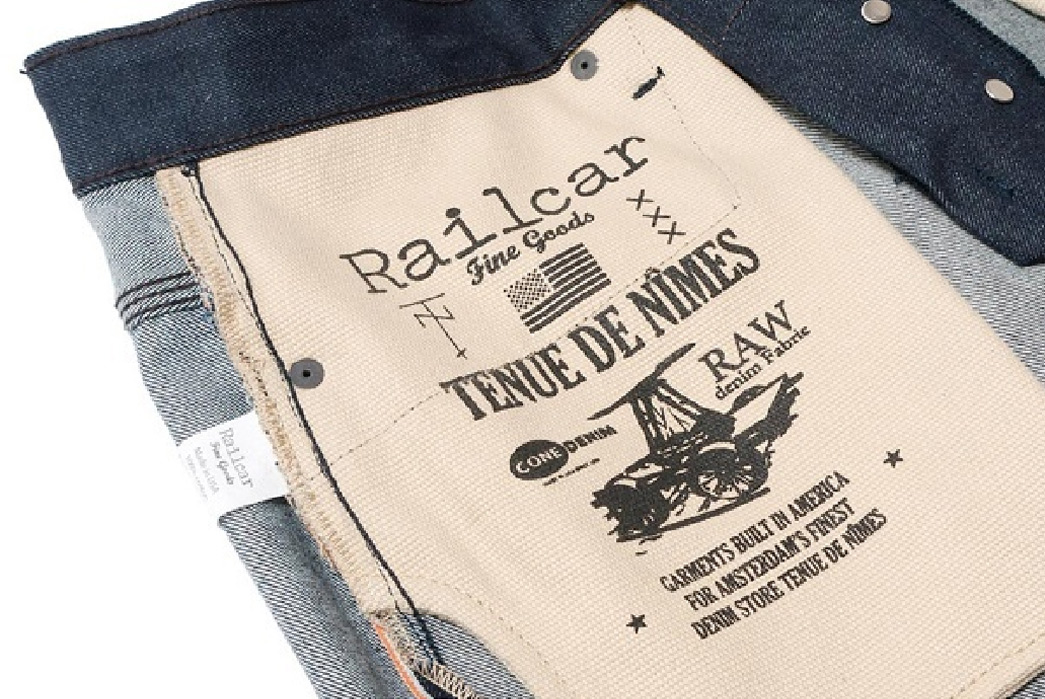 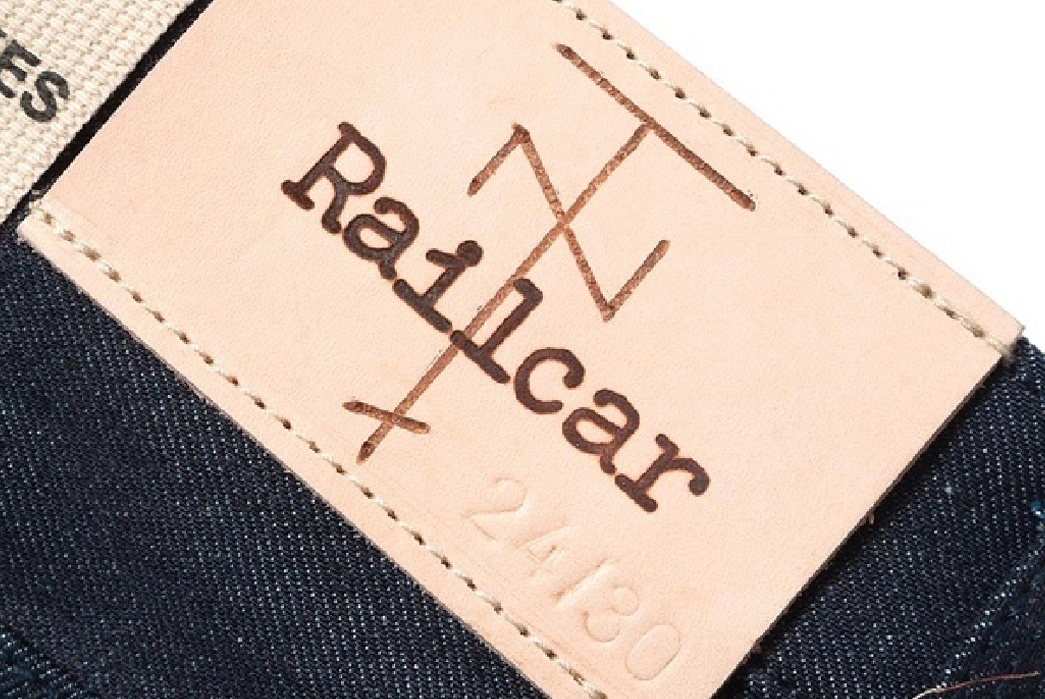 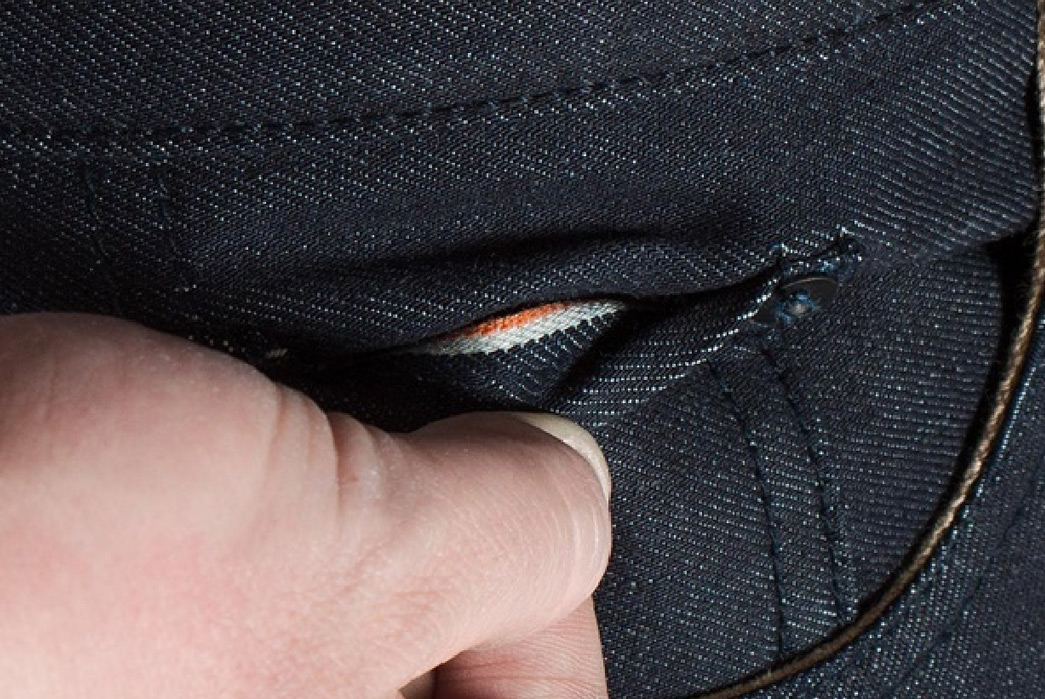 In terms of the hardware, Railcar and TdN ensured this department was very well tended to. The gunshot metallic fly buttons pair very well with the fabric and it’s only upon closer inspection that you notice the “Railcar” insignia.

The standard, thick 8 Oz. leather patch is also a pleasing complement. However, given the denim’s clean nature and execution, it’s surprising to see the branding messily overlay one another.

Flipping the denim inside out, the main detail to catch your eye is the beige pocket bag which showcases each party involved (even the denim manufacturer, Cone Mills). As well, with the pocket bag being made of a heavy canvas material, one can rest assured it’s as durable as it is aesthetically pleasing. 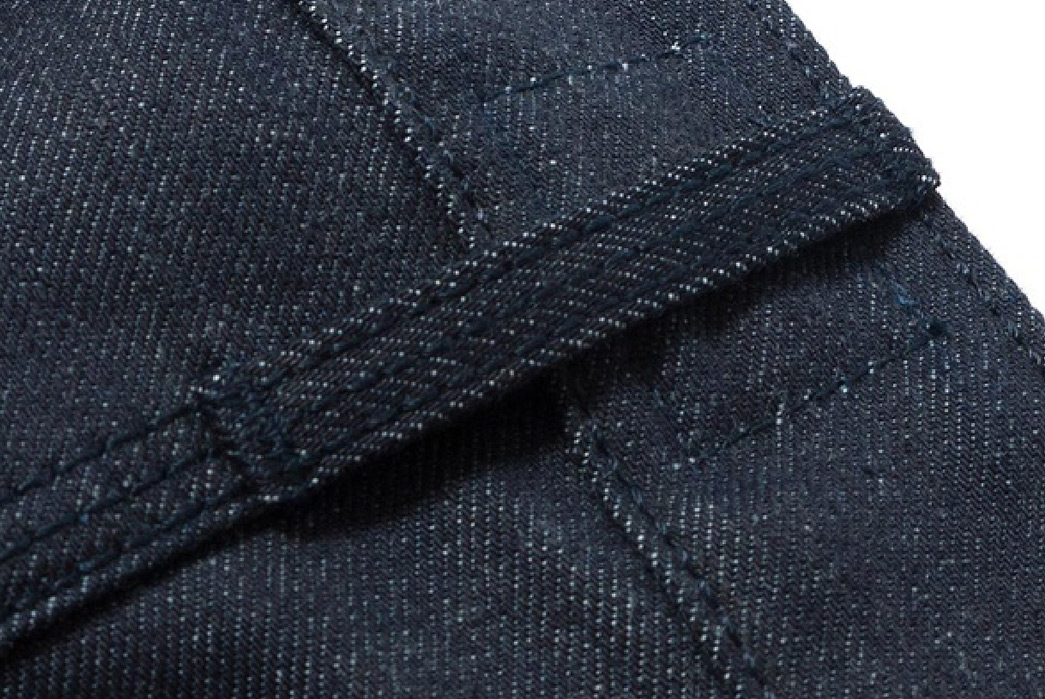 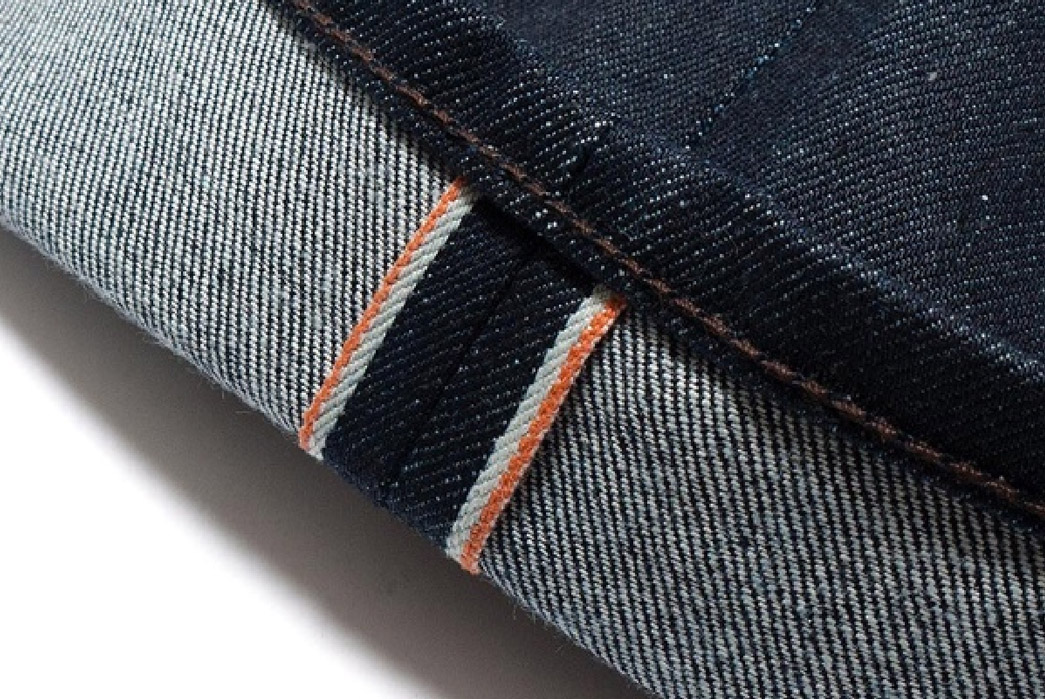 Given Railcar Fine Goods was completely responsible for the actual construction, it came as no surprise to see how meticulously built this denim was. For starters, in order to inhibit any unraveling, the two-piece waistband is made with a continuous chain stitch and finished with an “R” stitch around the top two fly buttons.

One would also be hard-pressed to see any fraying along any other sections, including the button fly and hem. The former was finished with the orange selvedge, while the latter was completed with a consistent chain stitch on a 1906 Union Special machine. Lastly, the attached belt loops, seat seams, and yoke are sturdily reinforced with a triple stitch. 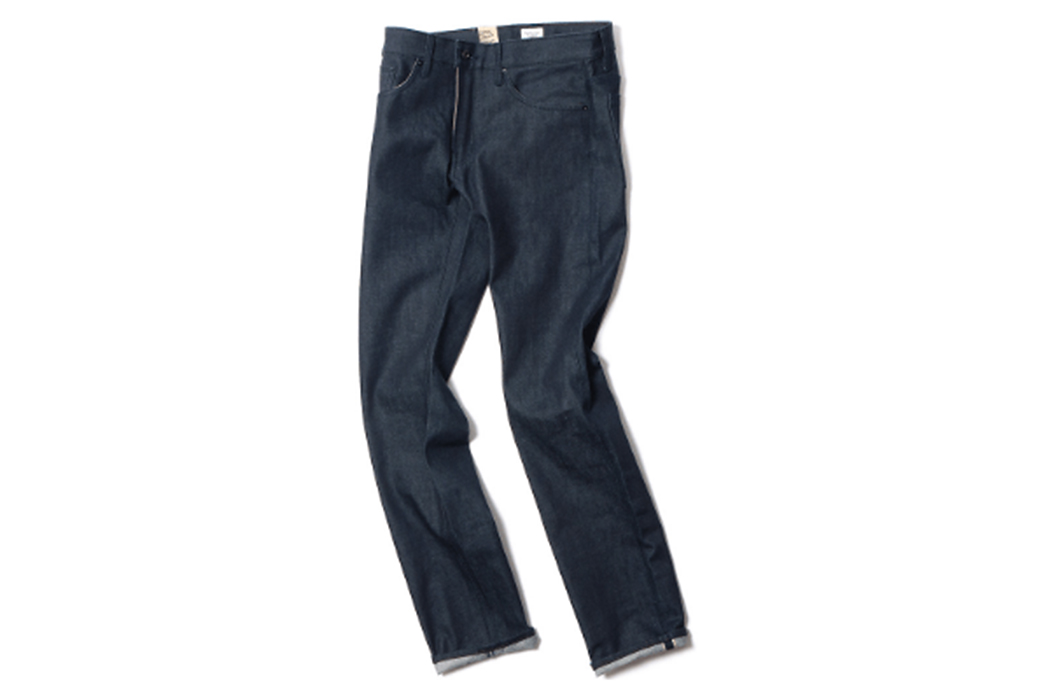 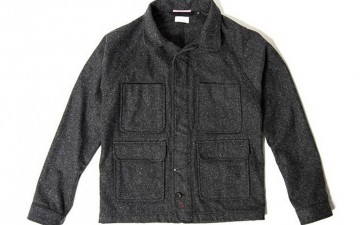 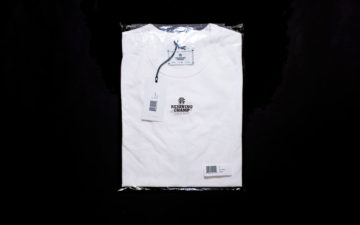 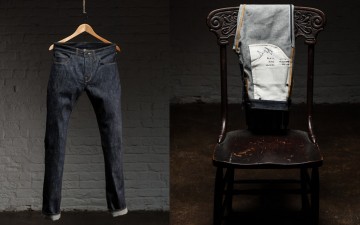 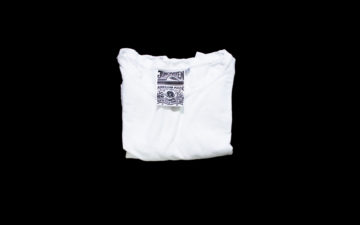