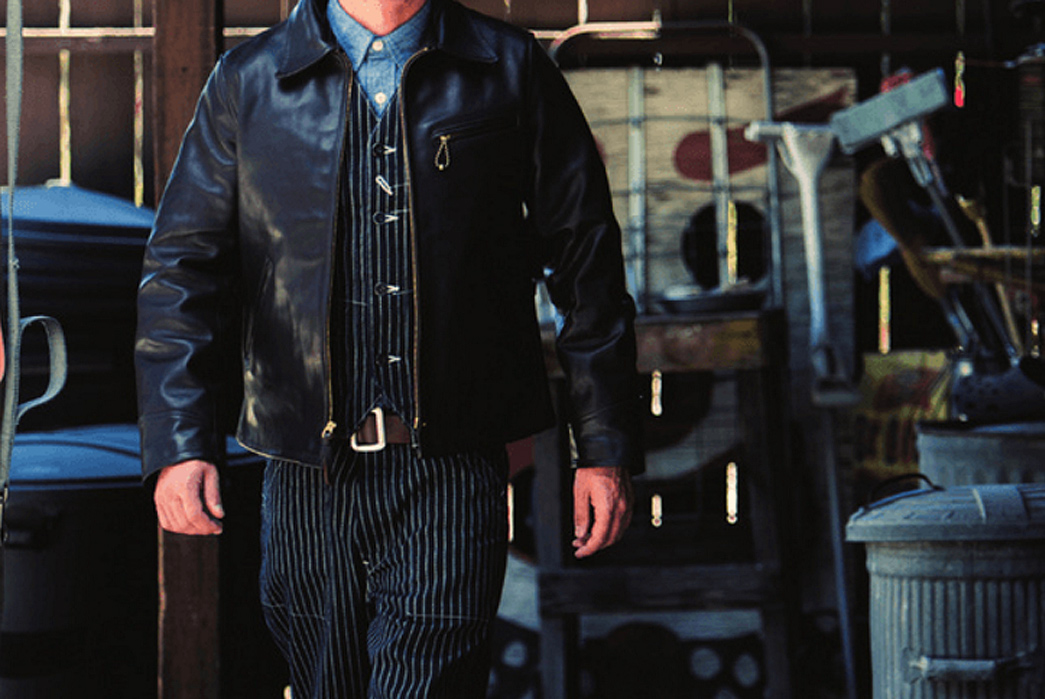 Sugar Cane and Co. Jeans: The Short And Sweet

One of Japan’s largest and most influential American Casual manufacturers is Toyo Enterprises, a company with decades of experience in the Japanese apparel market. Started in 1965 as a supplier for American soldiers in Japan, Toyo‘s present-day brand list includes the military reproductions of Buzz Rickson’s, the native/western inspired Indian Motorcycle and the eye-catching retro styles of Star Of Hollywood. Toyo also produces the designs of Los Angeles’ Mister Freedom. Despite all those heavy hitters, Toyo‘s best-known brand is undoubtedly Sugar Cane & Co. 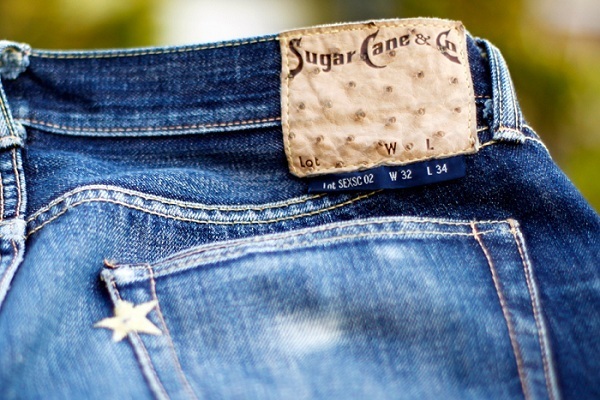 Sugar Cane got their start in 1975 and have been making high level casual clothing ever since. Despite their reputation as a vintage reproduction brand, they’ve had a distinct approach to their craft, an intention apparent even from the brand’s name.

While most raw denim brands use 100% cotton fabrics, Sugar Cane often uses a blend of cotton and sugar cane fibres which is better for the environment due to the lower percentage of cotton used. Some of their best-known jeans are the Awa, Okinawa, and Hawaii – all of which are named after areas where the sugar cane plant is grown. 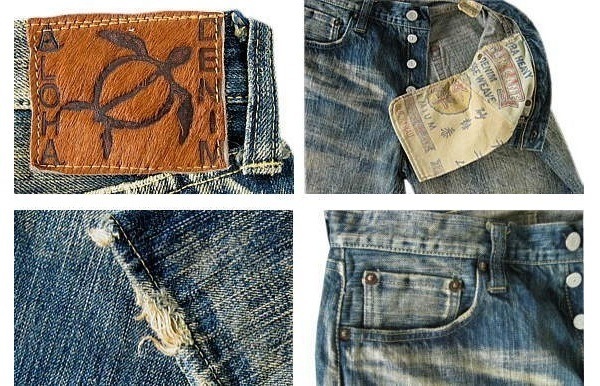 While Sugar Cane’s jeans have a variety of unique details – from the sugar cane blended denim to the snakeskin patch of the Okinawa – the brand is conceptually indebted to American workwear from the first half of the twentieth century. The reasons for workwear’s resurgence in popularity is enough of a subject for its own article, but for many Japanese brands looking to reproduce vintage clothing, it’s an obvious place to start.

For one, work-oriented clothing was produced in relatively high quantities in comparison to bespoke suits and formal wear and it showed a rougher side of life that’s not always well-preserved. Additionally, such clothing was initially widely available in thrift stores, enabling enterprising Japanese collectors to buy up stock and re-sell it in Japan for a profit – interestingly this was how many of these brands got started.

Sugar Cane has a similar story. Workwear makes up a large percentage of Toyo‘s flagship brand – items ranging from jeans and hickory pants to work shirts, jackets, hats, and other items. For Japanese, the majority of whom work white-collar, suit-and-tie office jobs, the clothing worn by American blue-collar labourers decades ago has quite interestingly turned into a fashion subculture and sort of casual wear uniform which is particularly evident in Sugar Cane‘s products. 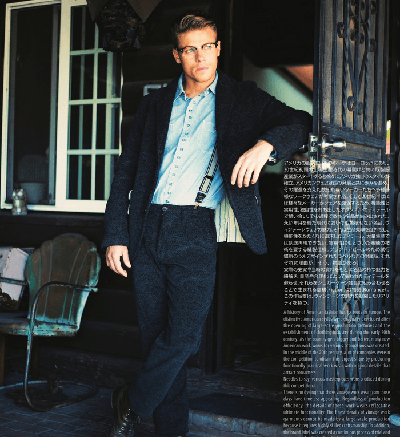 There’s much more to Sugar Cane than just workwear though. The company’s Fiction Romance line, for example, is one of the most intriguing parts of their collection. It aims to create completely original designs inspired by vintage garments, but with a unique character exclusive to them and evident in their unique fabrics and details like buttons and other hardware. 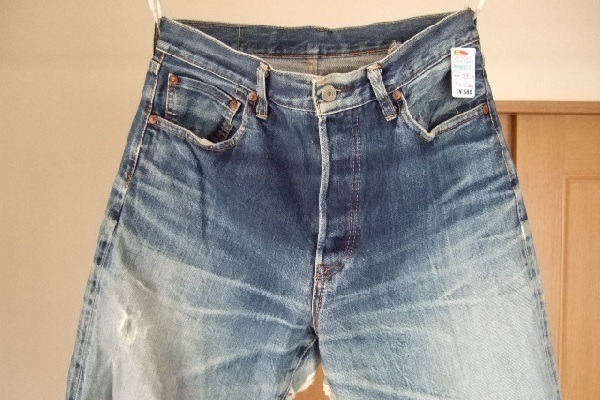 Jeans are at the heart of Sugar Cane‘s lineup and feature meticulously-researched details such as a 60% American/40% African cotton blend fabric, like those found in original 1947 Levis jeans. The fabrics used by Sugar Cane – like all of Japan’s best denim brands – are not stock fabrics sold by mills, but ones that are developed by the brand after extensive research and testing.

As they started as an existing textile manufacturer, rather than an independent company that would need to find and contract factories in order to produce their garments, they found themselves in the enviable position of being able to produce original fabrics themselves; thus cutting down on the overhead costs associated with subcontracting. As a result, the 1947 model is not only an exemplary reproduction jean, but it also costs half as much as many of Japan’s high-end denim brands while still being made entirely in Japan.

While the 1947 is a impressive bang-for-the-buck value among high-priced Japanese denim brands, it’s also a fairly conventional model.  Sugar Cane‘s other jeans – though they maintain traditional cuts – throw conventionality out the window. The Okinawa, for example, features a snakeskin patch in addition to the denim, which is a blend of sugarcane and cotton. It’s a model that manages a balance few Japanese denim companies achieve, a creation that looks classic from a distance but rewards those with an eye to detail through its unique features. 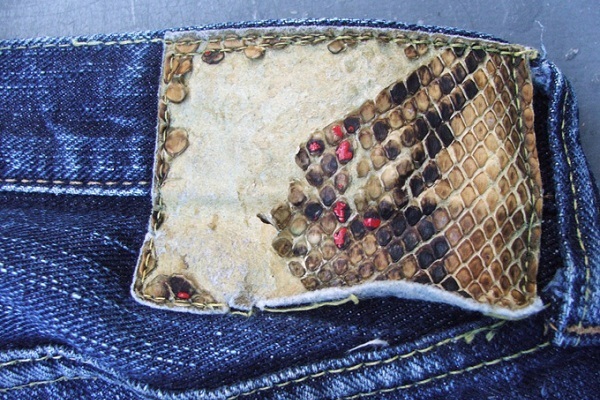 Perhaps what’s most refreshing about Sugar Cane’s core jeans, such as the Okinawa and Hawaii, is that they aren’t embarrassed to flaunt their Japanese identity. Sugar Cane pulls off a refreshing blend of mid-century American influence and Japanese sensibilities that’s far easier said than done.  That said, in the end we wouldn’t expect any less from one of the eldest statesmen of the Japanese denim scene. 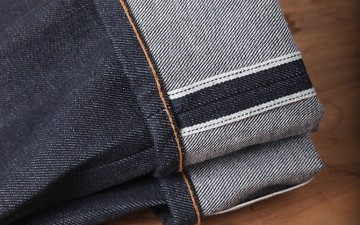 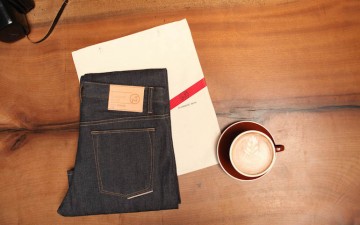 Doublewood – Denim Made Well in China 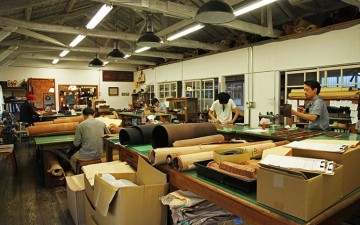 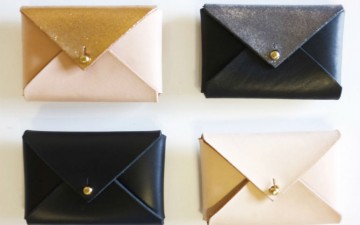 Returning to the Etsy Well – Small Makers Big on Quality