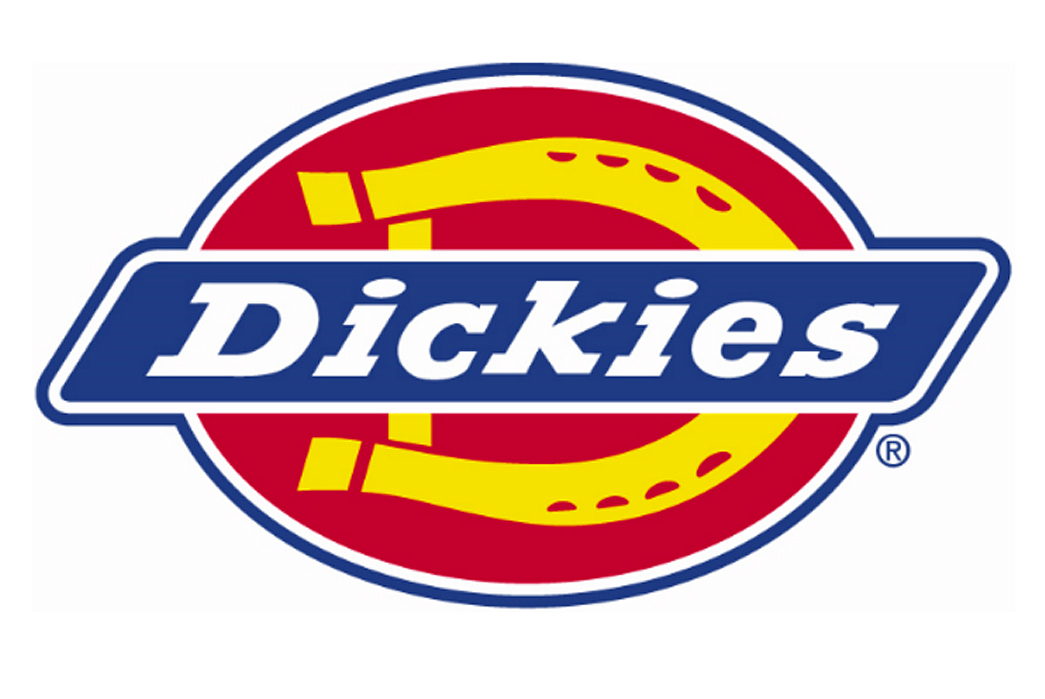 For their most recent collection, they reached back into their archives to recreate some of their most historic workwear pieces. They have dubbed the line, “Dickies 1922” in honor of their founding year. The collection attempts to remake some of Dickies‘ most famous pieces throughout its storied history, while at the same time updating them with modern fabrics and construction.

The collection is small and inspired by the hardworking individuals that wore their garments throughout the years for work and utility purposes. Each piece is made in the USA by the brand’s most skilled craftsmen, insuring that they have the have the quality to back up the classic aesthetic. Dickies has stuck to their original mantra in offering this collection: offer authentic, no-nonsense clothing, designed to last a lifetime, without pretense.

All of the pieces look like they could be appropriately placed in any decade. Through this article, we highlight some of our favorite pieces from the Dickies 1922 Collection, as well as dive into the history behind their creations.

For the Five Pocket Selvedge Denim Jean, a history-rich, 13.5 – 14 Oz. 3×1 twill weave denim is utilized. The denim comes from Cone Mills White Oak plant in Greenville, North Carolina and was made especially for the Dickies 1922 line. They’ve said that this denim is heavy enough for protection purposes but not heavy enough to be uncomfortable, albeit like most selvedge denim it does have the initial “board” and stiff feel. 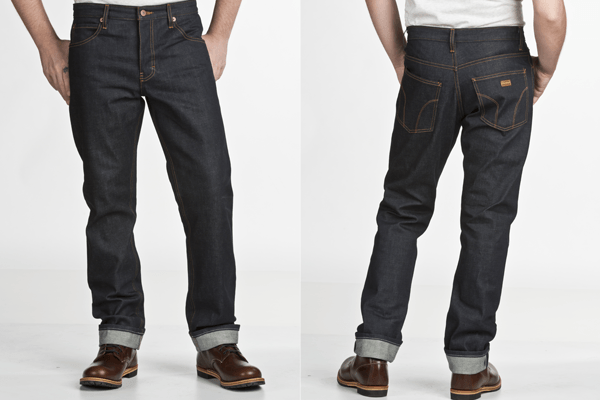 Dickies began making jeans in the early 1950’s as “Top Hand Ranch Pants” and as such the fit was designed to be more full and less restrictive for horse riding and other activities. The current 1922 jeans have a button fly, but they’ve also offered zipper flies in the past. The logo sticking on the jean is classic Dickies and dates back to the early 1950’s. 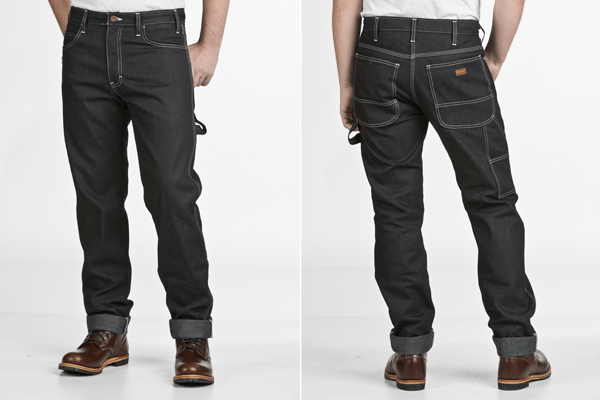 The Carpenter Jean and matching Chore Coat from the Dickies 1922 line are made from a 11.5oz 2×1 grey fill denim. These garments were originally made as strictly utilitarian workwear, so the least expensive fabrics and thread were used. Natural color thread was used as it did not have to be bleached or dyed resulting in a subdued aesthetic. The seams on these garments were also made to stand up to years of wear and were double or triple stitched to insure durability. 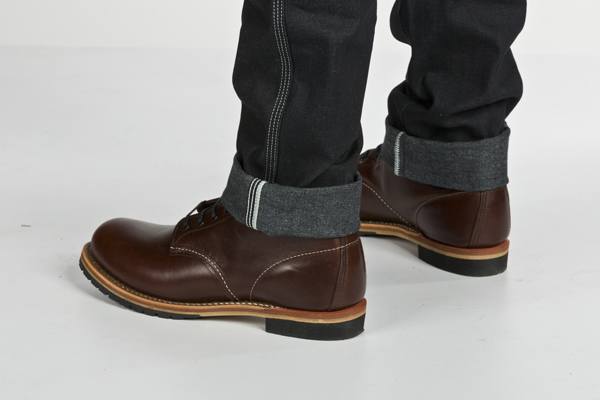 For garments such as the Carpenter Jean, the denim had a grey fill since the mills were using whatever cotton thread was ready available, which often included reclaimed or reused scraps. Though Dickies uses selvedge fabric on its most recent rendition of the 1922 collection, selvedge was not historically used.  It was not seen as a practical feature for the majority of workwear garments, despite the fact that it prevented the seams from unraveling.

No fabric was wasted during this era, so the selvedge fabric edge often ended up on different parts of each garment. Both the Dickies 1922 Carpenter Jean and Chore Coat boast selvedge lining in some of the pockets and along the side seams. 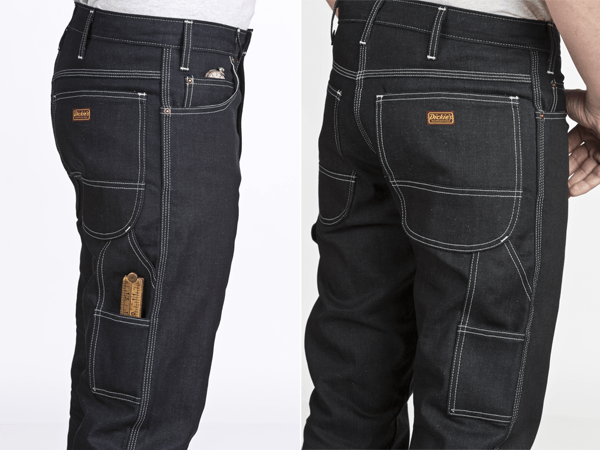 In the early to mid 1900’s, watch pockets were an extremely valuable tool if one worked any job that involved time keeping, such as railroad jobs. There was also an expense and sentimental value to carrying a watch with yourself to work, so the garments ere crafted with this in mind.

The Chore Coat has a special button hole between the top and second buttonholes to hold the end of the watch pocket chain. The watch pocket is closed at the top and has a reverse side entry to keep it in the pocket, even if the wearer leans over. 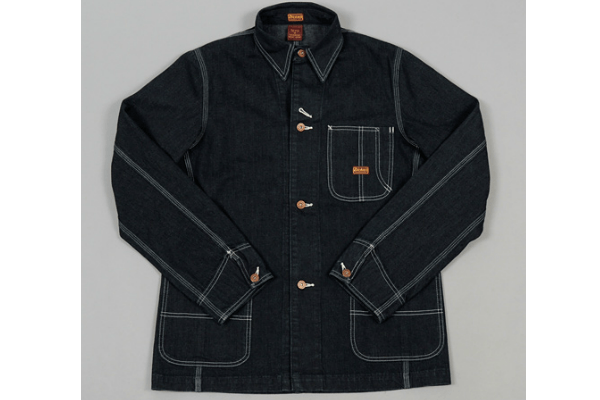 In a traditional sense, the styling of the carpenter jean is very much the same as the bib overalls – which are made from the same fabric and thread – and with the identical utilitarian objective in mind. Each has a variety of old-fashioned workwear features that make them authentic reproductions of classic garments; such as the “rule” pocket, for an old-fashioned folding ruler, and a hammer loop on the opposite side. 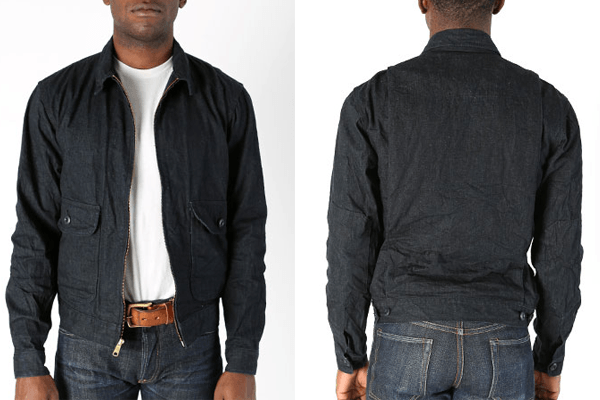 Profiled in detail last month, this collaboration between Dickies 1922 and Wisconsin menswear store, Context Clothing, is an interpretation on a classic 1950’s trucker jacket, but with a few modern twists. The story behind the piece, however, is that during the 1950’s, the Dickies truck drivers wore a short bodied zip up jacket while making deliveries to and from their Texas warehouse. 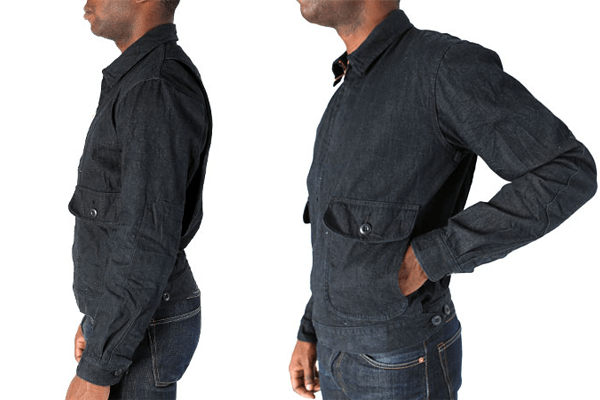 For their rendition, Context and Dickies 1922 updated the classic jacket, giving it a more slim, modern fit; as well as an inside smartphone pocket. Like other pieces from the 1922 line, this jacket is crafted from Cone Mills White Oak Denim and is made in the USA, in Fort Worth, Texas.

As is the case with the entire Dickies 1922 collection, the co-produced jacket is a modern interpretation of a classic Dickies workwear garment. These garments are produced in Dickies‘ oldest continually-operated factory, and feature the same quality materials and attention to detail that have made the Texas clothing label such an enduring name for almost 100 years. 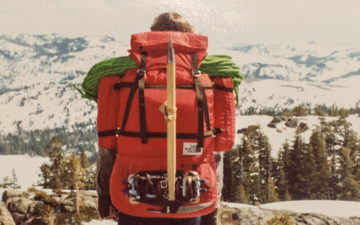 The North Face: From Summits to Sidewalks 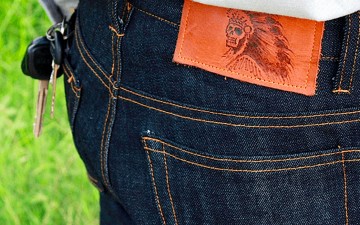 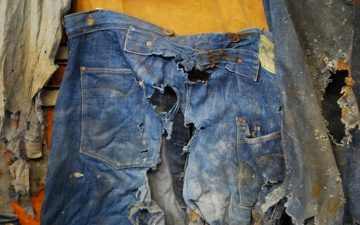 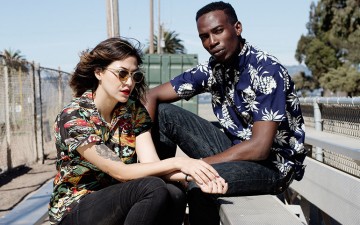