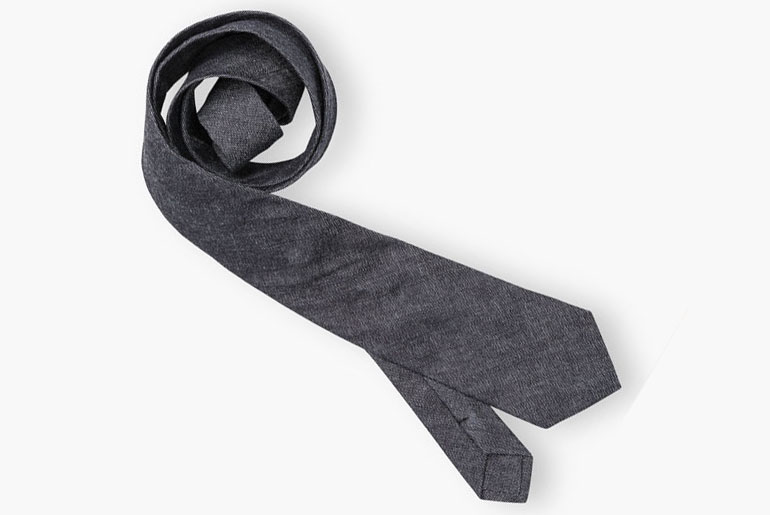 It’s official, you’ve got one week until Father’s Day. Even if your dad doesn’t fully understand your indigo obsession, now could be a good time to give him a taste of what this world has to offer. Below we’ve put together a few gift ideas that should satisfy even the most discerning of patriarchs. 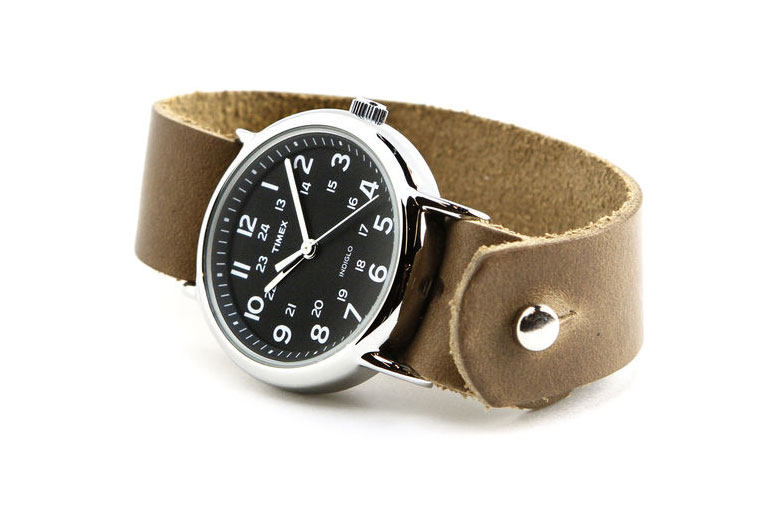 In 1977, my father was working in oil exploration in Papua New Guinea and he needed a waterproof watch. The cheapest one available at the time was a Rolex Date 1500, which had a the patented screw-down crown, so he picked one up for $300 while he was on leave in Manila. Not long after, Timex released a waterproof watch at a fraction of the cost and my dad has rued the purchase of his Rollie ever since. You can save your dad the grief by getting him a Timex before it’s too late. 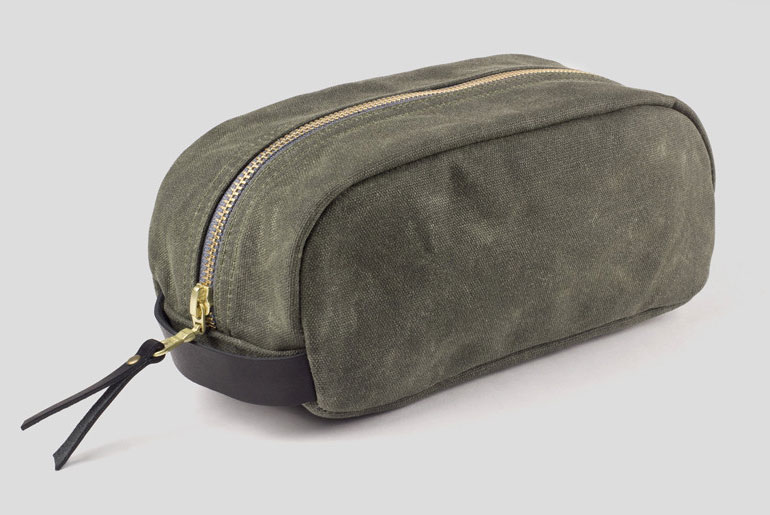 I feel like the day you reach adulthood is when you finally have a dopp kit that’s not shaped like a cartoon character. I’ll let you know when that day comes for me. For those dads who are a little more mature, there are few options better than Winter Session’s waxed canvas version, plus it’s on sale!

$64 at Winter Session with code “FATHER” 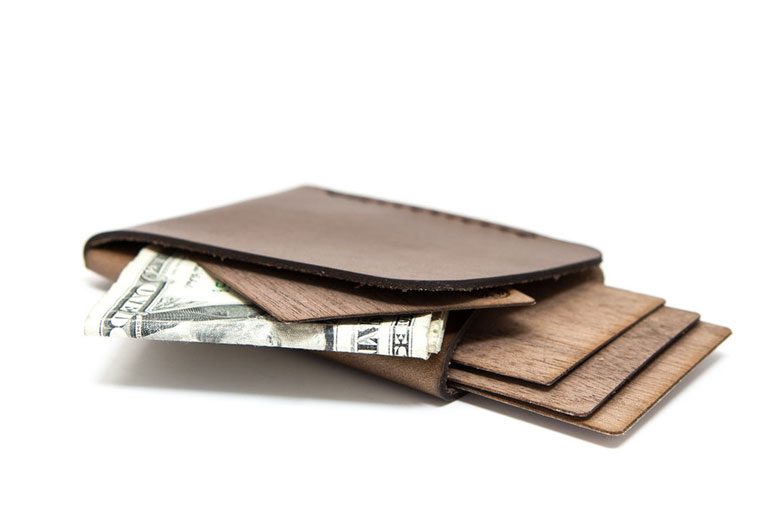 What does your dad keep in his wallet besides cash, cards, and, if you are loved, a photo of you? You can fit all that and not much more in the super minimalistic Eno Wallet from Teranishi. Whether you get it in Chromexcel, veg tan, or anything else, it’s sure to age beautifully while preserving that wallet-sized portrait from your 3rd grade soccer team. 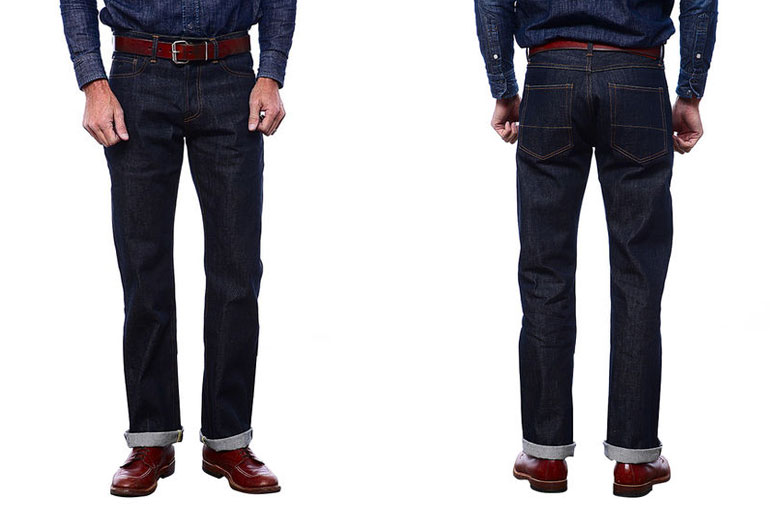 Whenever a first time raw denim buyer over the age of 40 asks me what jeans they should buy, I always answer the Tellason Ankara in 12.5oz. Cone. If you are considering buying your father a pair of jeans, don’t make him suffer through a pair of slim-tapered super slubs. He is not like us yet. The fit on the Ankara is ample enough to fit the vast majority of dad-bods, the construction is top-notch, and the denim will break in without making him bleed. 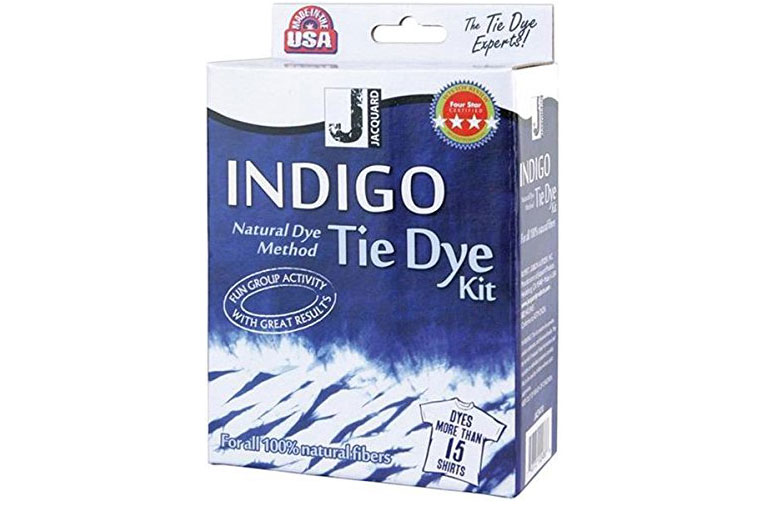 If you’re more the father-son activity type, try subjecting your pops to an afternoon of indigo dyeing. All you need is a bucket and a clothesline, and this eleven-dollar box can blue up at least half of your closet. Need instruction on how to pull it off? Follow along with our guide. 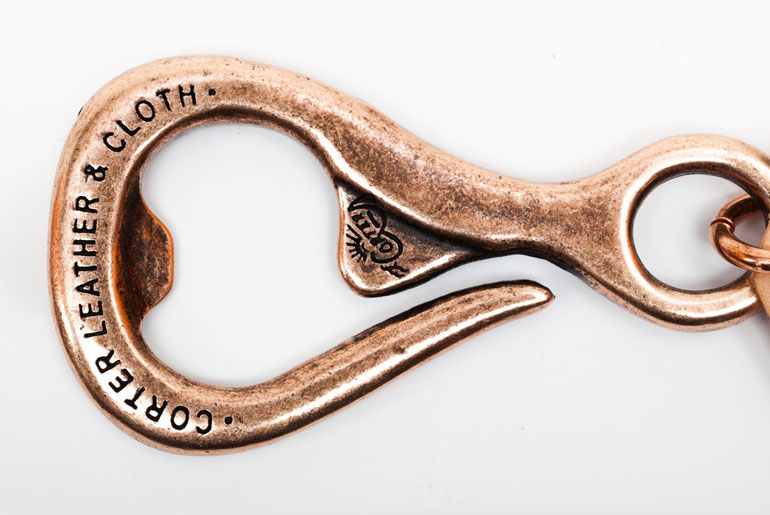 Half bottle opener, half key ring, all brass. There’s a reason why the Corter Bottle Hook has such staying power. If your dad is always misplacing his keys and/or his bottle opener, nab two birds with one solid hunk of brass. 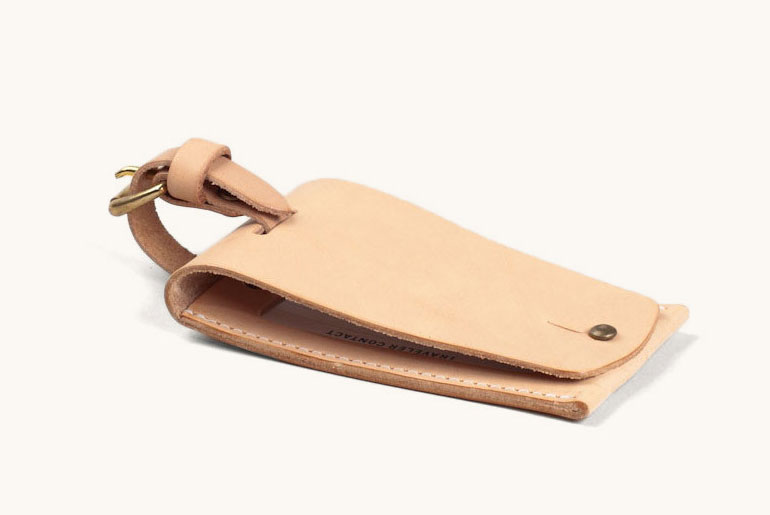 Like Harry Chapin’s “Cat’s in the Cradle”, your dad may have to travel a lot. But with the Tanner Goods veg-tanned luggage tag, he can take something of you with him on his journeys. Even as you two grow emotionally distant after years on the road, there’s no denying he’ll have some sick-ass patina! 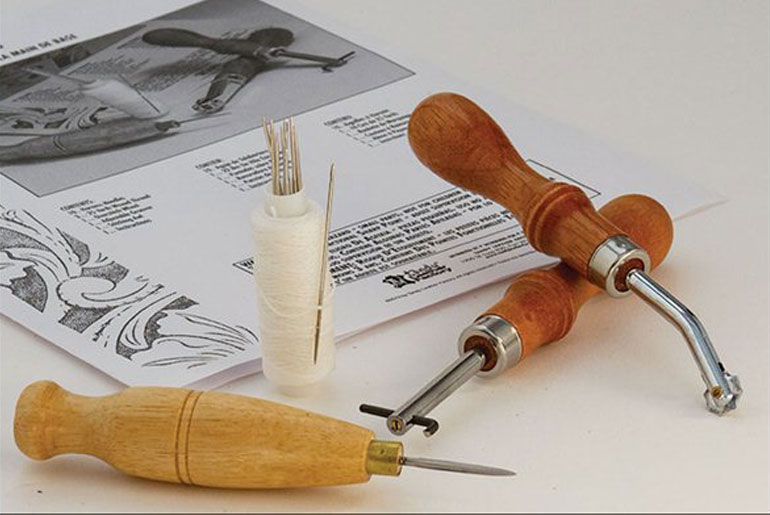 Do you have a crafty dad? The kind of dad that can’t watch tv without concurrently tying fishing flies or solving a crossword puzzle? Get him a new hobby to occupy his hands and you may get a wallet out of it! The Tandy Basic Handstitch kit has everything he’ll need to get started saddle-stitching his own leather creations. So now he’ll have something new to look up from and ask, “What did that subtitle just say?” 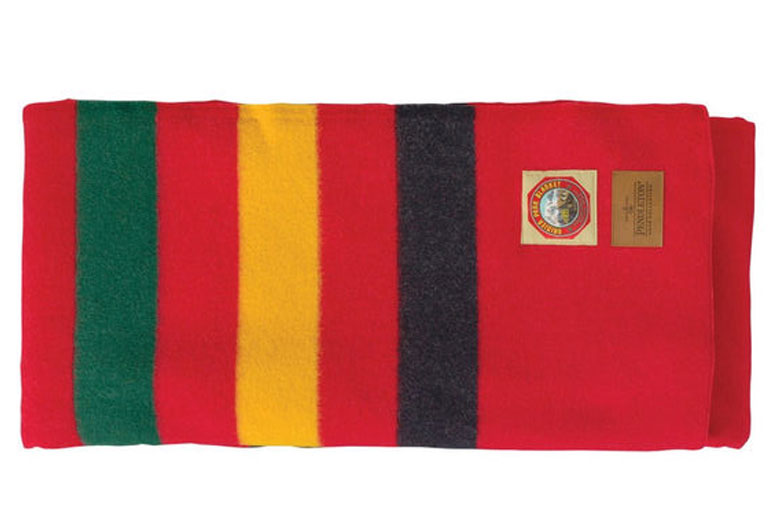 Did your dad tour the national parks in a beat up Datsun in the early 1980s; showering in camper hostels, eating whatever he could, and working odd jobs to pay for gas? Maybe he ended up at Rainier National Park in Washington for a spell, where the air was unseasonably cool and he slept under the stars with just a woolen camp blanket to keep him warm for the night. If so, this is the MOST PERFECT gift you could possibly give him. If not, it’s still a very nice blanket. 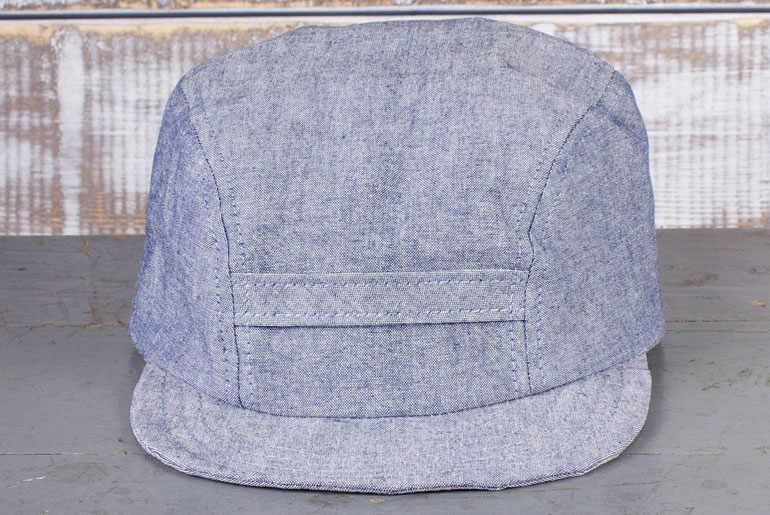 Does your dad wear those super short-shorts in the summer that have fewer pockets than inches on the inseam? So few that if he were picked up for indecent exposure he might not even have his ID on him? This ingenious hat from Knickerbocker MFG is based on a 1920s design and has not only a strap on the front panel, but a pants-sized pocket on the inside as well! That way your dad’s body can stay cool and while remaining identifiable. 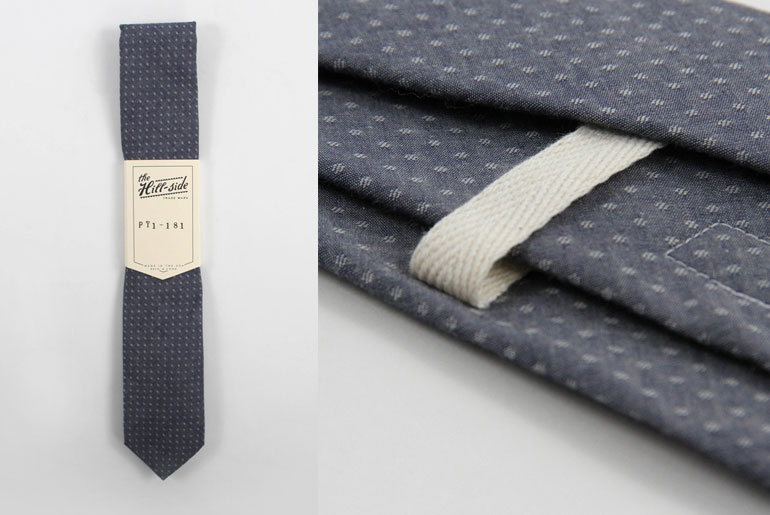 The necktie has been the standard Father’s Day gift practically as long as there’s been a Father’s Day. But if you’re giving a tie, don’t just give the standard one. Try this one from The Hill-Side made from a Japanese Jacquard indigo chambray, it’s just subdued enough for the office dad.

However, if you’re looking for something not so subdued and more sub-DUDE, Levi’s has you covered with their Classic Denim Tie. It’s made out of a lightweight 2×1 weave denim and although it claims to be finished with a “soft garment wash” it appears to have kept most of its indigo, so those white collars might soon be crocking blue. 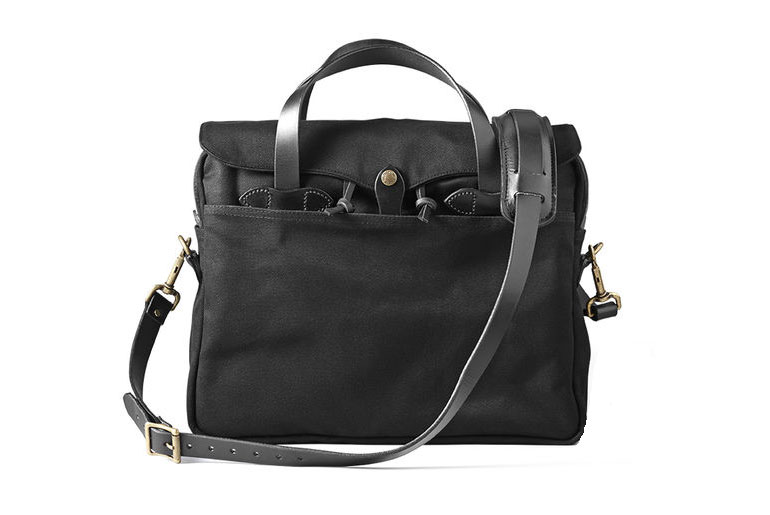 Filson’s classic 256 is basically the platonic ideal of a briefcase. It’s not too big, not too small, made from materials that can last for decades, and styled so it can last even longer. If you’re of an age where you can afford to buy your dad one for Father’s Day, he’s probably of an age where this is the last briefcase he’ll ever need.

What are you getting your dad this Father’s Day? Let us know below! 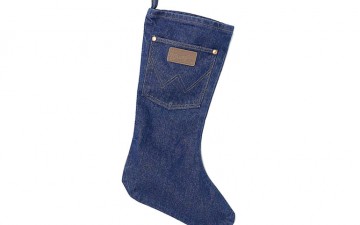 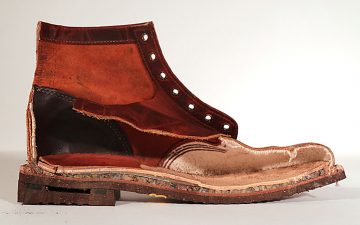 The Cut Down – All the Shoe Cross-Sections We Could Find 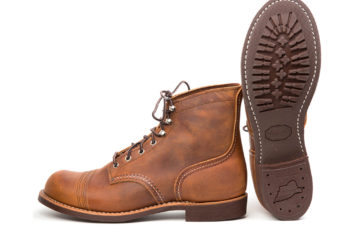 Vibram By the Numbers – All the Classic Rubber Soles 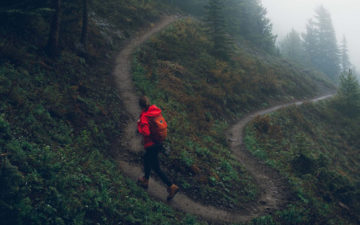 On the Trail with Danner and Friends: A Hiking Guide