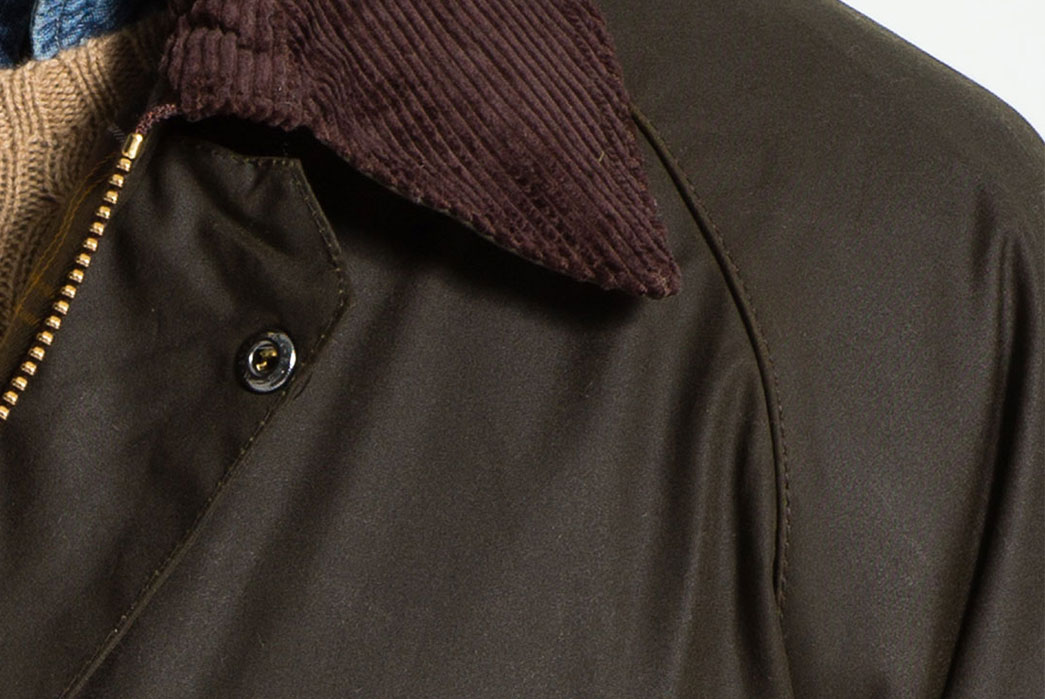 The History of Waxed Cotton – Mariners, Steve McQueen, and Farmers

You might notice it on an old Barbour jacket, perhaps a piece of luggage, or even on an ancient cargo tarp. The uses of waxed cotton textiles are nearly endless, and manufacturers have used it for centuries to provide a lightweight and durable fabric that’s both waterproof and breathable. The dawn of the fabric, however, is rooted in Renaissance seafaring.

Around the mid-fifteenth century, mariners noticed their sails became more effective in catching the wind when they were wet with seawater, but the water’s extra weight still slowed them down. Slathering up their sails with fish oils and grease made the sails just as useful as when they were wet but they still remained light as the fish oil and grease worked as waterproofing. The extra greased material left over from the sails just happened to make for great protective capes for the sailors themselves, and some of the first waxed (or greased) clothing was born. 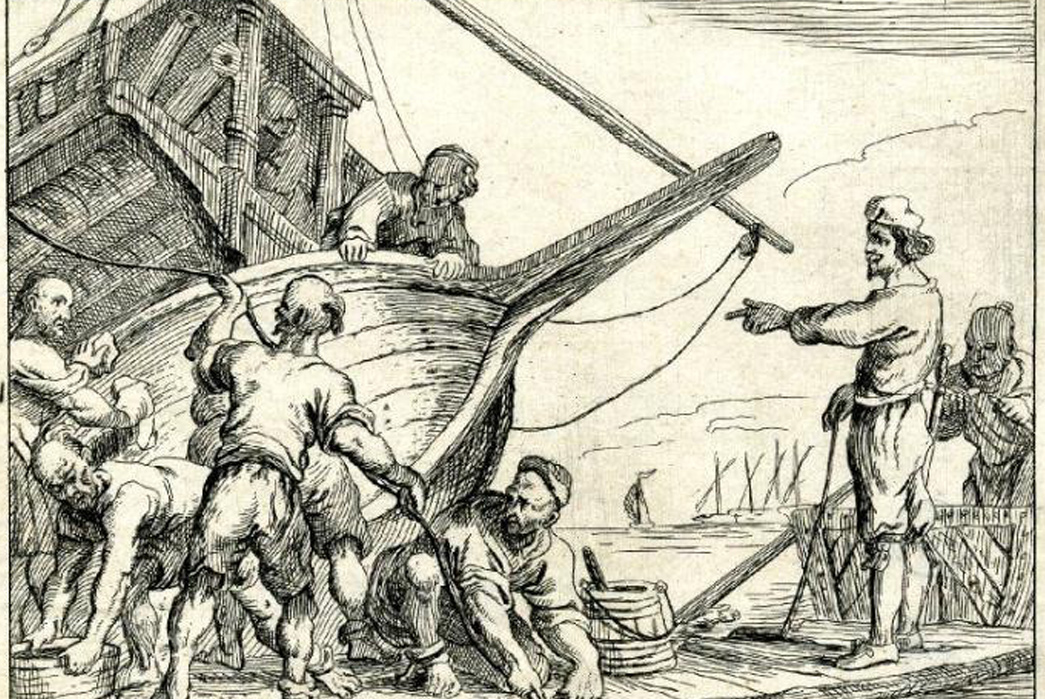 A few centuries later, linseed oil was then used on flax sails–a big hit with the Royal Navy and other fast sailing boats of the time known as “Clippers”. Demand for lighter sails due to competition in exporting was high. One of the exports, cotton, was tested as a potential contender.

Waxed cotton sails treated with linseed oil provided a lighter, stronger material. The waxing process varied for each material but the outcome usually came out the same–rigidness in cold temperatures and yellowness in color.

Waxed Cotton as We Know It

Around the 1930s, three companies working together in the UK arrived at what we now know as waxed cotton, in its highly waterproof, windproof, durable and lightweight form. Waxed cottons come in a few different varieties and tend to range between 4-8oz. in weight. 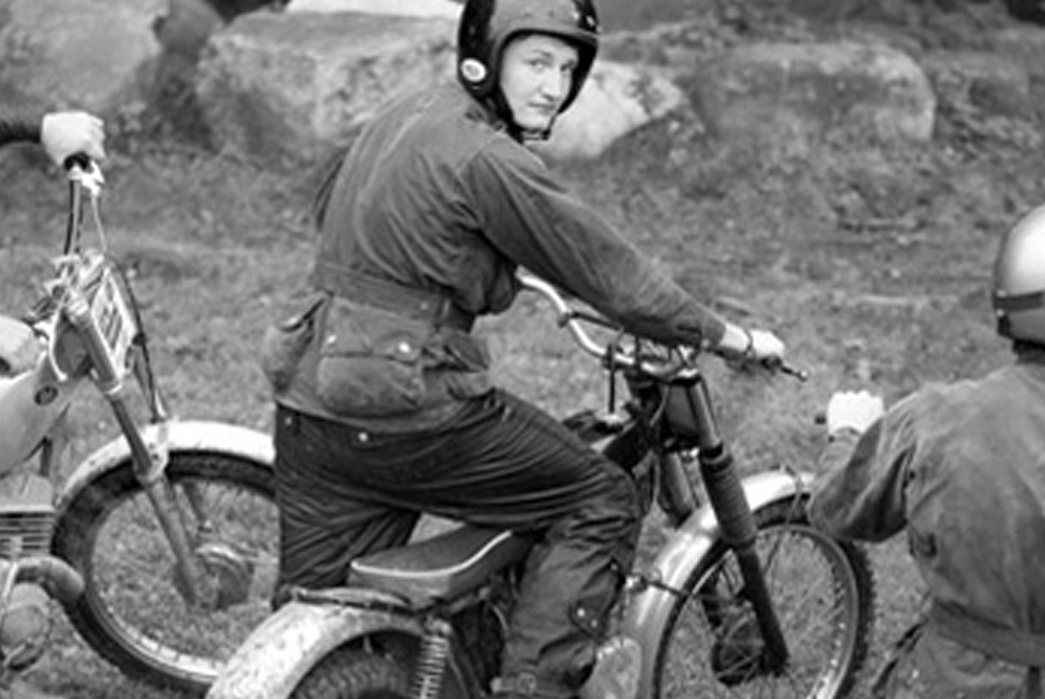 One of the original racing jackets from the Six Days Trial. Image via Barbour.

Since the 1930s we’ve seen other usages in waxed cotton beyond the shipping industry. J.Barbour & Sons was one of the early adopters of waxed cotton in the Outdoors and Motorcycling Industries. In fact, the British racing team sported Barbour’s motorcycle suits for the duration of the line (1936-1977), also extending itself to the American team in the 1964 International Six Days Trial, which King of Cool himself, Steve McQueen, raced for.

The British Army’s use of waxed cotton for its waterproof clothing in WWII led to the material’s escalation in the 1940s and 1950s. 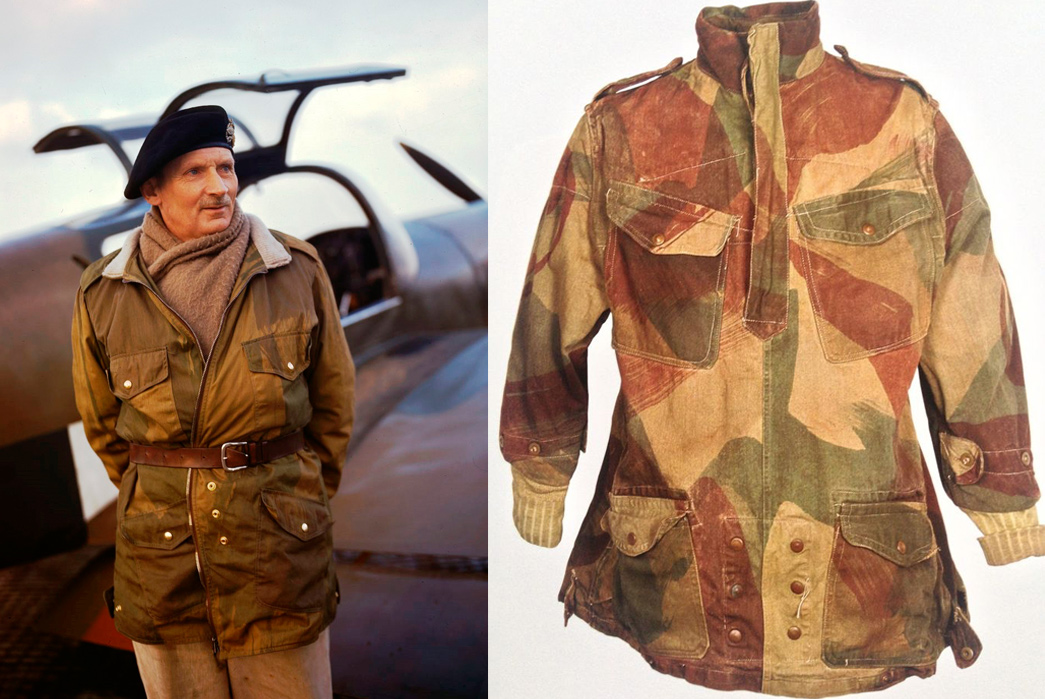 A waxed version of the British Special Forces Denison Smock used in WWII. Images via Wikimedia and Pinterest.

Since then, the production of waxed cotton has had more competition in lightweight functioning materials, like Nylon and PVC. However, we still see doctors and farmers wearing the same jacket to work. One can be at home and suitably dressed in such a jacket or bag, dressed up or down alike.

How to Treat and Maintain Waxed Cotton 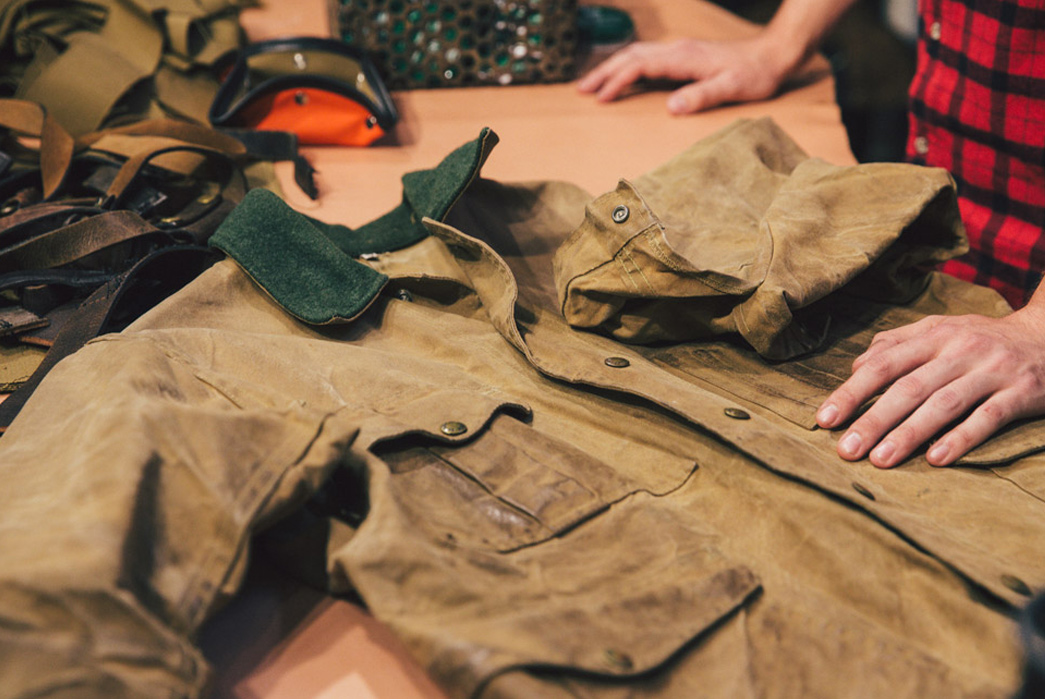 A Filson jacket in desperate need of another coat of wax. Image via Gear Patrol.

Waxed cotton takes a bit of work. You’ll find yourself in need of a fresh waxing every year. There are a few methods out there but here’s your basic How To:

There’s no dispute of the long life of a well looked after waxed cotton jacket. Similar to leather, you’ll hear proud stories from wearers about the amount of abuse and time they’ve put in, without any tears or buttons falling off, then to have jackets passed down through generations.

For a few options on what’s on the market today, look to the classics like Barbour (lead image), Carhartt, Filson, and Belstaff as well as some of our favorite denim brands like Freenote Cloth, Rogue Territory, and 3sixteen. You can also head over to our Five Plus One roundup of waxed cotton jackets. 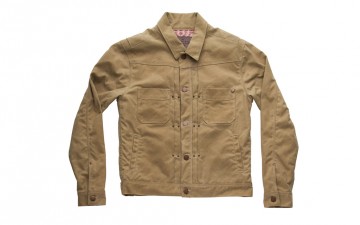 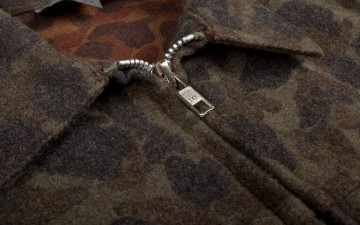 Camo Print Jackets – Five Plus One 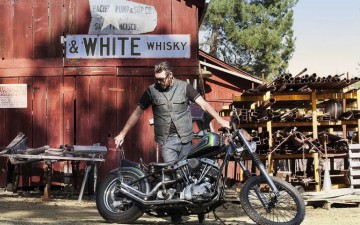 Clutch Monkey: Denim Vests With all the Trimmings