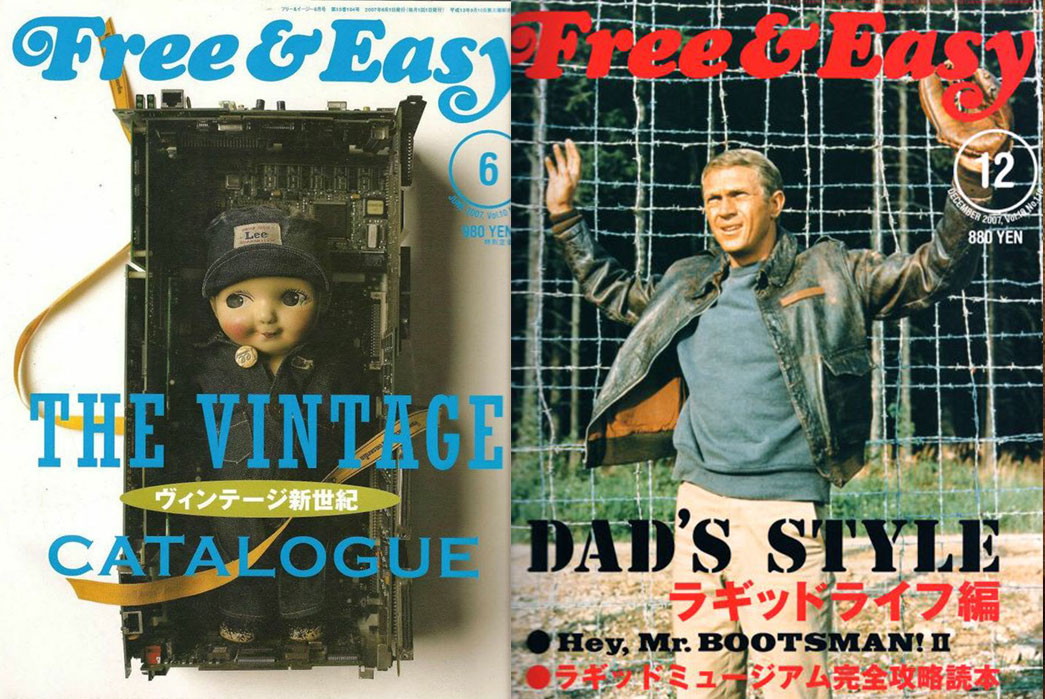 Ruggedmen and the End of Free & Easy – White Oak Economy

White Oak Economy is a monthly column by denim journalist veteran, Amy Leverton where she examines the interplay between the worlds of high end artisanal denim and the mall brands behind them.

In December of last year, I learned that one of Japan’s most celebrated menswear magazines, Free & Easy, was folding. I heard the news through one of its biggest long-time US readers and the head of denim brand PRPS, Donwan Harrell. Over the years he’s made friends with Aya Komboo, the key US contributor to the magazine who’s lived in America and been the publication’s eyes and ears on the US denim scene for seven years. As well as speaking highly of Aya, Donwan also spoke very highly of F&E and was visibly saddened by the magazine’s demise. 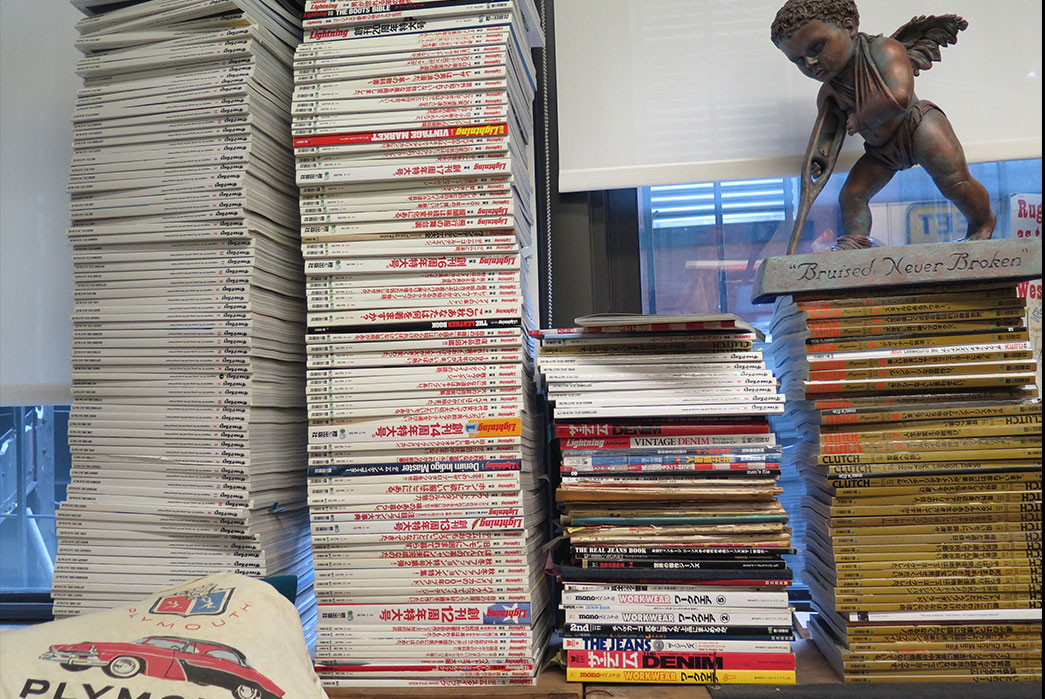 And so am I. Not that I’ve ever been able to read a word, of course–it’s all in Japanese! But to an English gal learning about the big old world of Japanese denim back in 2008, I could get no better picture-book lesson. I only really became aware of the magazine in the mid to late 2000s but it was obvious to me at the time that Free & Easy was something special. When I visited Japan for the first time in Spring of 2009, the top of my ‘pilgrimage list’ was the Rugged Museum.

For those that don’t know, the Rugged Museum was a store in Aoyama, Tokyo, located below the F&E offices that served as a kind of physical manifestation of the magazine. Every month when a new issue came out, the store’s merchandising changed, new and rare vintage product appeared on the shop floor that represented the theme of that month’s issue. A very clever idea and a sign of the great attention to detail at the Free & Easy offices. It closed rather quietly just a few weeks ago. 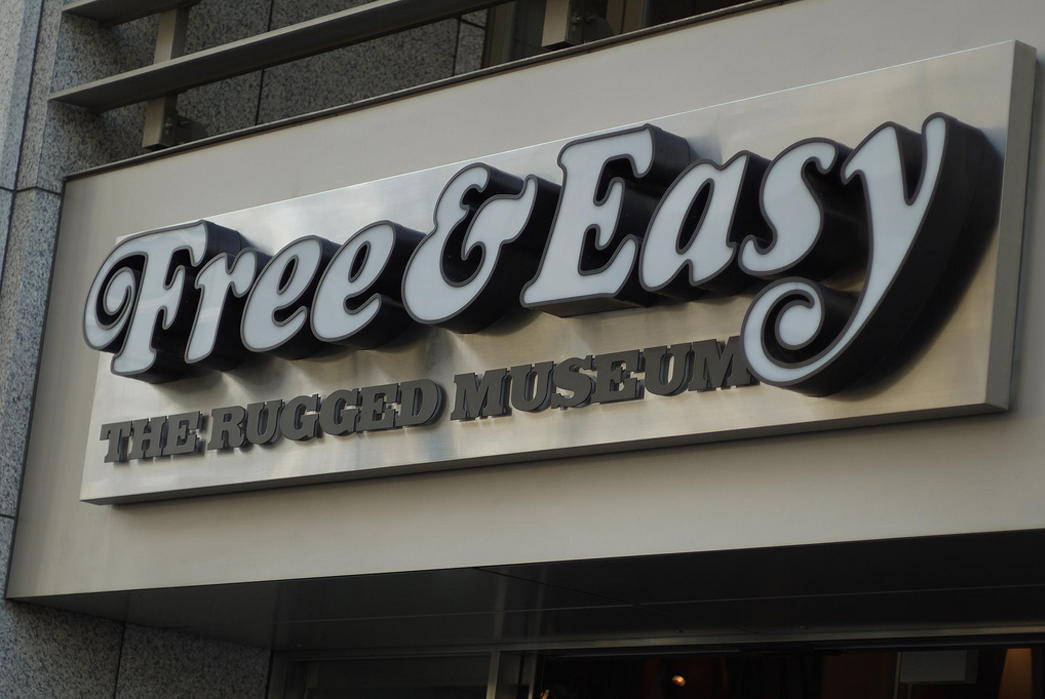 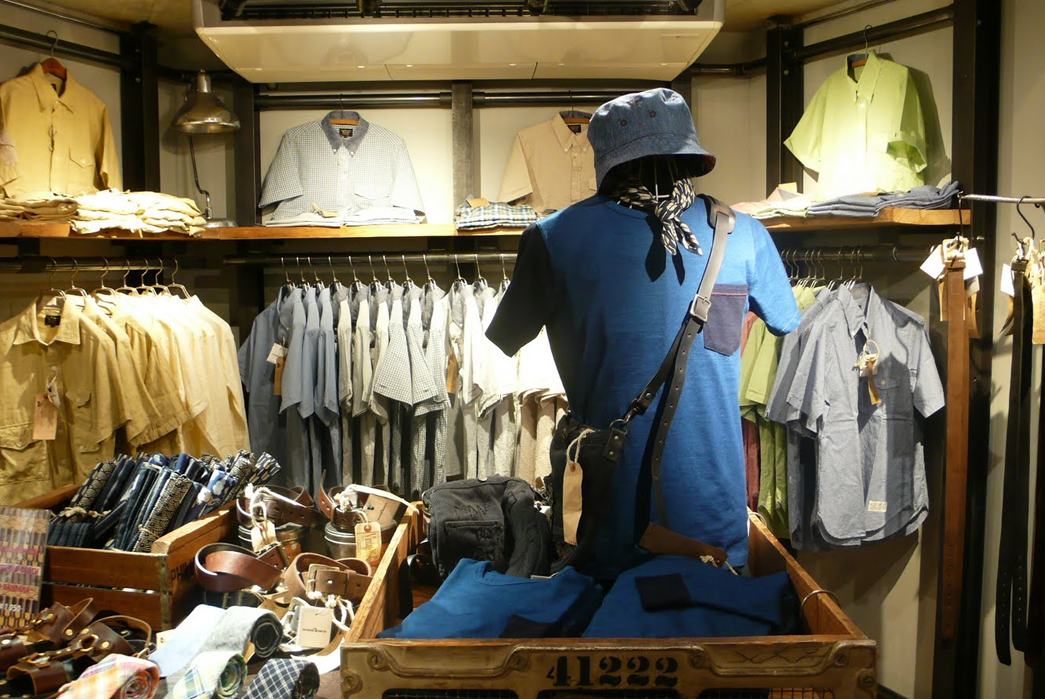 Inside the Rugged Museum. Image via The Portastylistic.

So why the name, Rugged Museum? Well a lot of you out there will be familiar with the term as it was one of F&E’s buzzwords: Rugged Man, Rugged Museum, Rugged Style, you name it. If it wasn’t Rugged, it wasn’t awesome! #Ruggedstyle has almost 12,000 entries on instagram as I write this, thats quite a big imprint in the mens casualwear market right there.

But what is rugged exactly? “Rugged isn’t the buttoned-up, smarter style of Ivy, it is a little more durable and a little more outdoorsy than that,” says W. David Marx, Heddels contributor and author of Ametora: How Japan Saved American Style. I feel like this whole rugged movement and subsequently F+E’s success was the precursor for the swath of heritage product we see saturating today’s menswear premium market here in the Western world.

But before I get to David, I’m going to start with one of my favorite and most stylish denim dudes, someone who was an undeniable fan of Rugged Style back in its days of glory: Ken Ito, known affectionately by his Instagram name, Rugged Boss. He tells me:

“I became a reader from the September 2006 issue and soon became a fan. F&E came up with, and marketed the word that I immediately fell in love with: ‘Rugged‘.  That led me to start ‘Rugged Boss no Blog’ or ‘Rugged Boss’s Blog’ on the 4th July 2010. I had something up pretty much every day for a year and a half until I closed it at the end of 2011.”

And what made Ken close it? Well he became it, basically. Became it and out-grew it at the same time. One of the other features that F&E ran regularly was ‘Dad’s Style’. In 2011 Ken had started to become tired of Free & Easy magazine and had posted some, lets say… ‘constructive criticism’ on his blog. Out of the blue an editor from F&E contacted Ken and asked to feature him in Dad’s Style. The result was a whopping eight page spread on Ken’s entire wardrobe taste from boots to jeans, vests, outerwear and accessories. And as he reached the pinnacle of what a F&E superfan could achieve–whilst at the same time became somewhat jaded by the tone of the magazine–Ken posted his last post on his Rugged Boss Blog and hung up his (RRL) casquette. 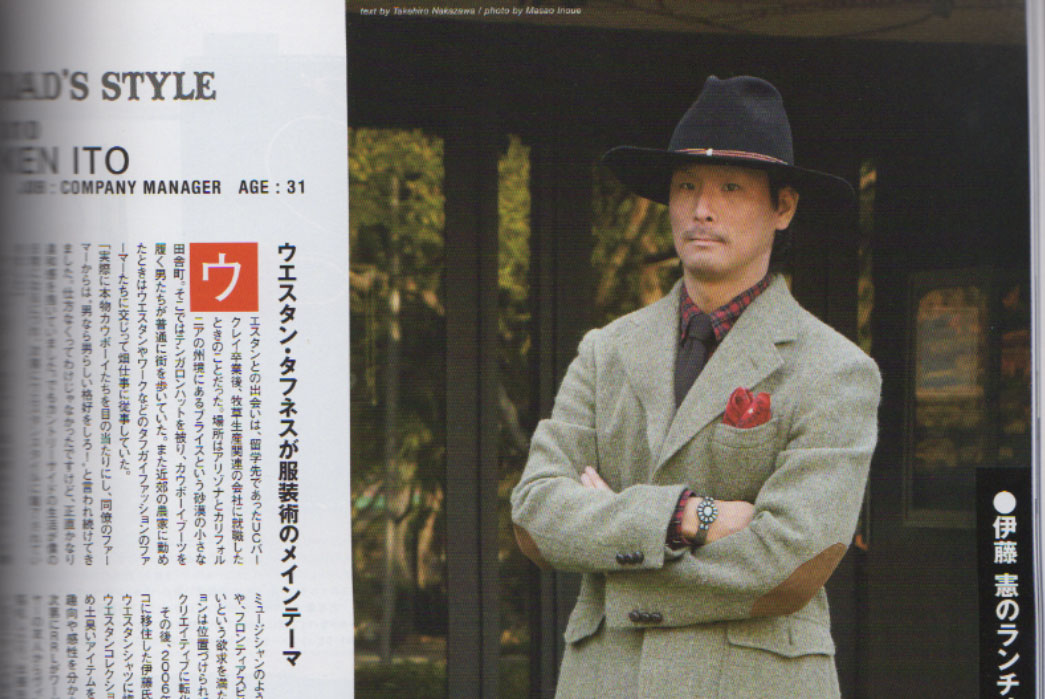 Ken and his collection featured in Free & Easy. 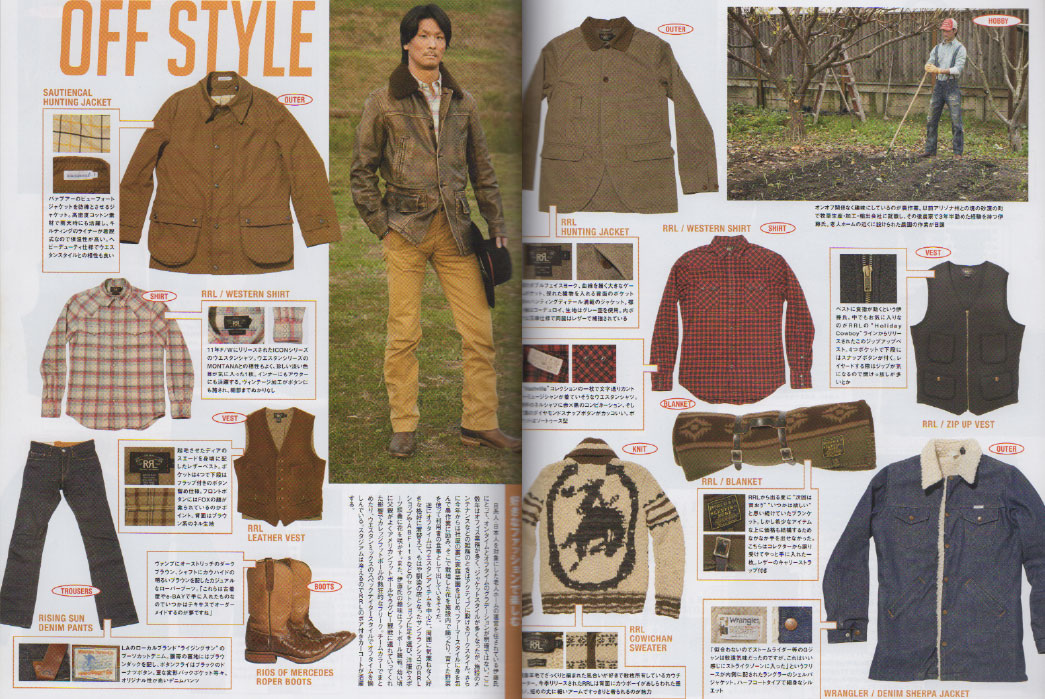 Free & Easy took style very seriously and tapped a unique market:  the older, discerning gentleman interested in lifestyle and fashion. Thats where the ‘Dad’s Style’ element to their issues came from. David Marx remembers, “There was this big group of guys such as Take Ivy authors Paul Hasegawa and Shosuke Ishizu, the Van Jacket team and fashion critic Shiro Ito. They were important guys in the 50s and 60s and F&E focussed around that group of people as they aged gracefully”

The magazine not only focused on them but celebrated them, made them a tribe and gave them a spotlight. David continues: “the clever thing they did was at the very beginning of the magazine they would include three to four essays from the featured person.” So this really made the everyday man an everyday hero. A pretty modern thing to do back in the day.

Madeline Harmon from Chucks Vintage in LA, another big fan of the publication agrees, “It didn’t just cover the ‘fashion guy’ it covered real guys, real workers, and the people that they chose to feature were just so fucking cool!” 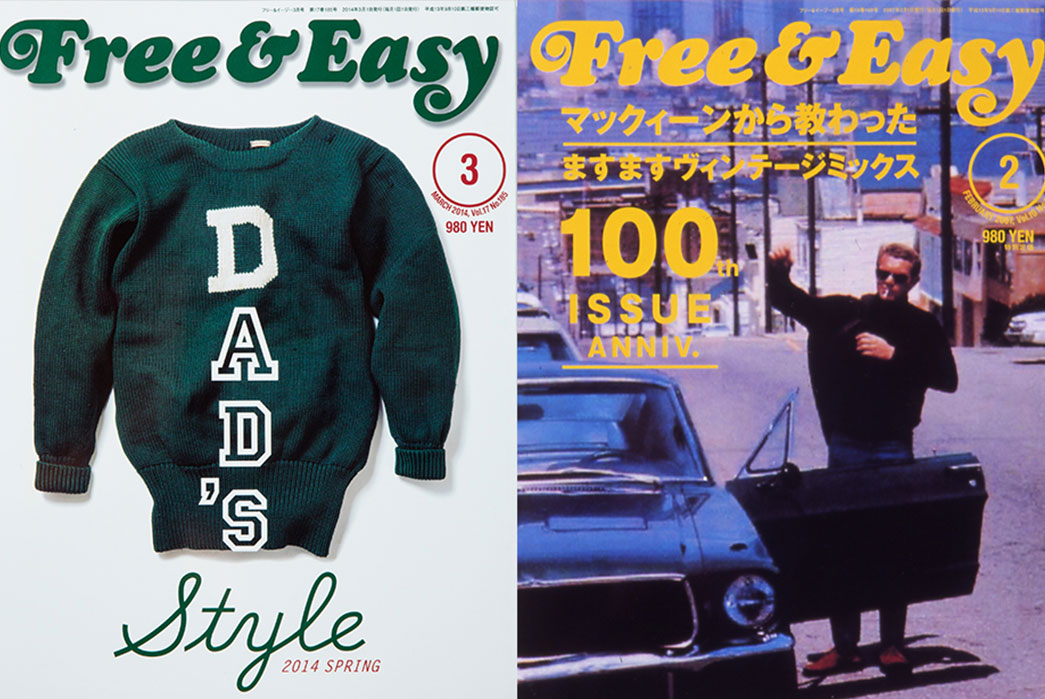 Marx has been a fan since the September 2008 issue and of course, it makes sense that his love of, and research into Japan’s obsession with Americana led him to discover the publication. He explains, “The first issue I ever bought talked about the history of Japanese Ivy. F&E, to me, was the first magazine to do big retrospectives on American clothing…I started buying a bunch of retrospectives after that.”

So what was it about Free & Easy that got readers so involved? Especially readers who are, let’s be honest, mostly unable to actually read the words?! Madeline had nothing but praise for the magazine:

“All I think of when I remember Free & Easy was it was just a beautiful catalogue. It seriously was the O.G. of everything authentic and cool. It wasn’t just about ‘now’, yet it wasn’t just about ‘vintage’, it catalogued history and industry and trend forecasting. It’s a history book inside a magazine.”

Which is a really good point: Free & Easy went beyond a simple consumer magazine that talks about new season product, they spoke to the reader about mills, about fabrics, about the whole 360 of the industry. 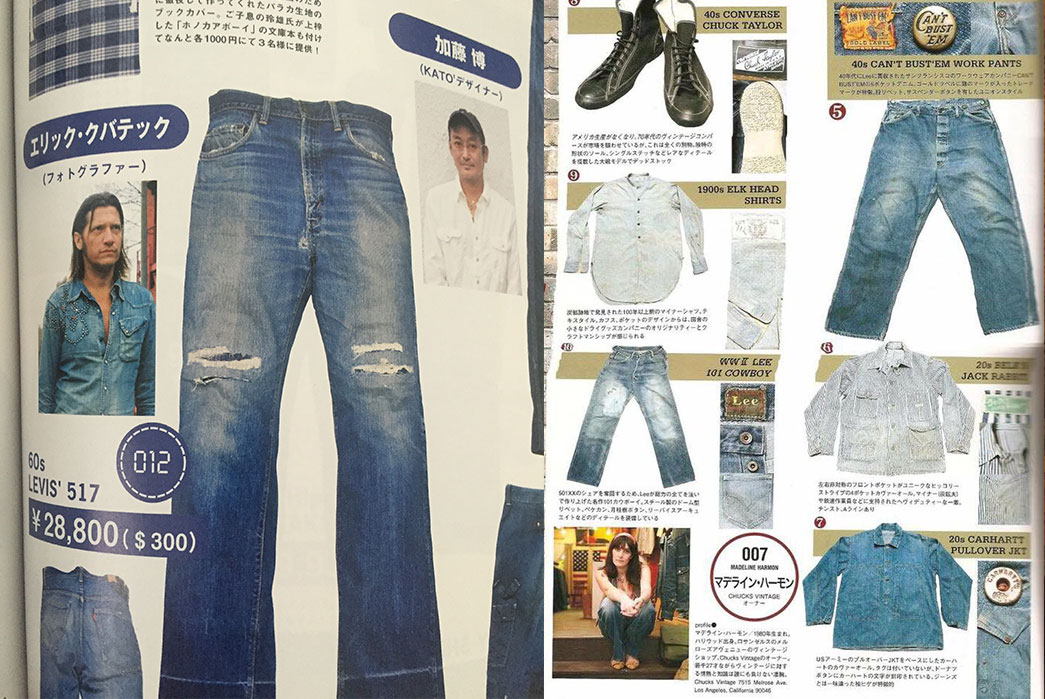 David and I talked about the fact that these magazines are very much a geeky celebration of a niche and specialized market, “When they’d interview people and guys would show off their favorite garments, it was definitely a form of oneupmanship. Nobody was like, ‘this is a shirt I got from Uniqlo 2 years ago’ it was all ‘these are a pair of 1930’s Levi’s jeans with genuine bullet holes in the denim from the Second World War.'” 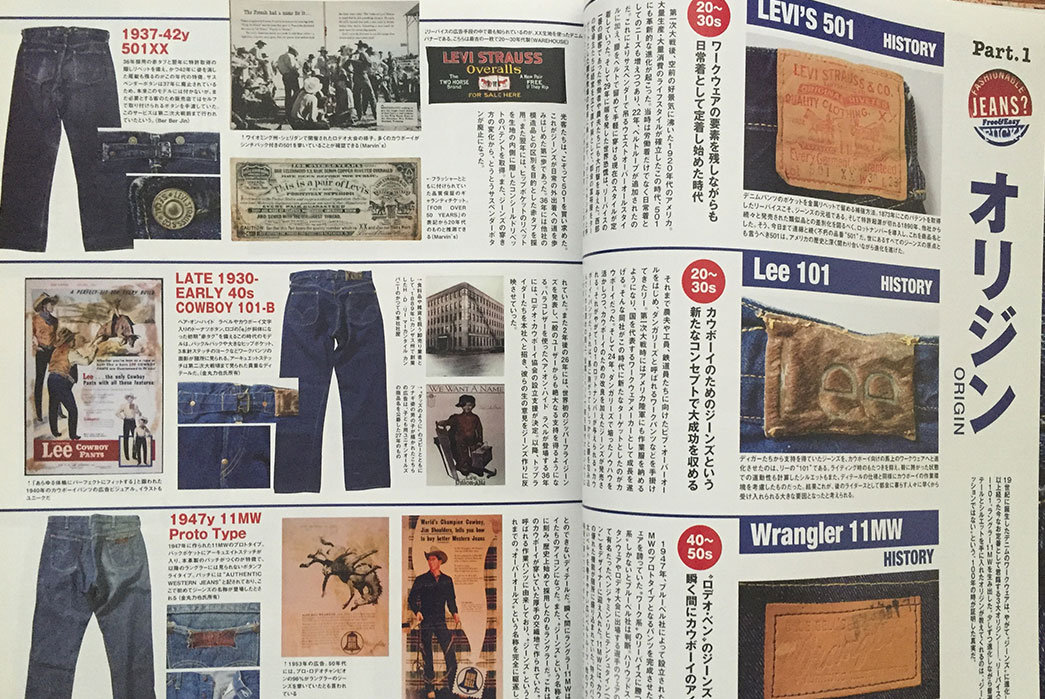 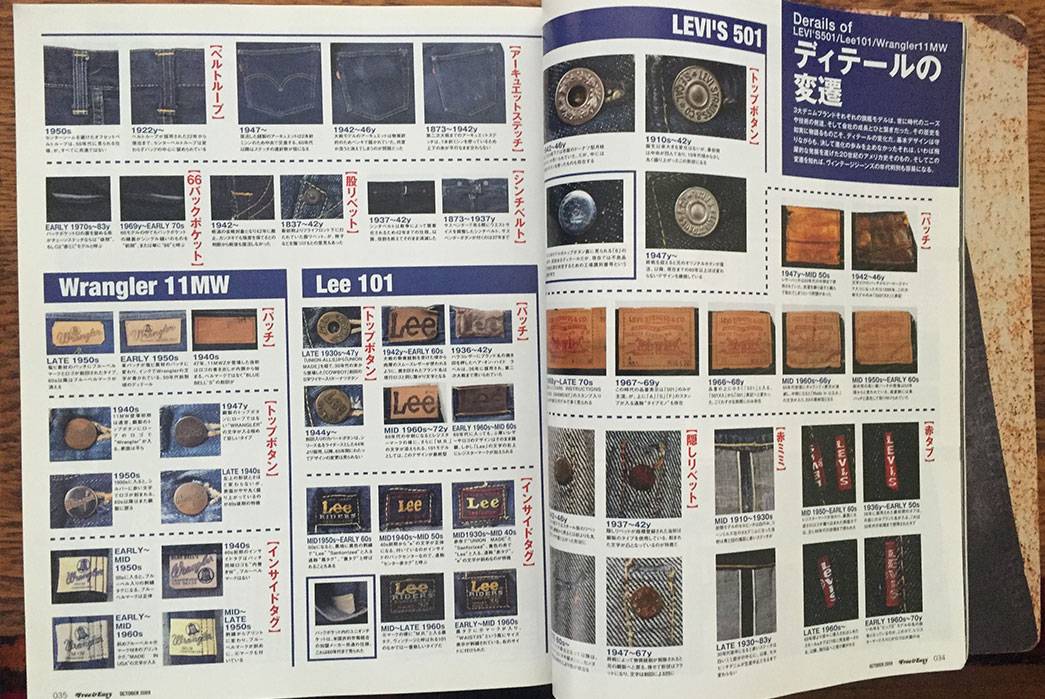 So a celebration of true, rugged mens style, of rarities, of artisanal craftsmanship, of quality and of a very tightly edited look. And who was at the heart of this ‘Rugged Machine’? Ken has a pretty good idea: “It all began with the Editor in Chief, Mr. Onozato. It was his own personality and character that the magazine was shaped around, the magazine was him. Basically, he was Free & Easy.” Ken continues:

“I wasn’t much of a magazine reader, but still went for Non-No when I was young. All magazines were just going after trends and didn’t have a strong enough personality, so I thought. Then came F&E. I found it really cool because of the repeated messages about America: tough guys, frontier spirit, cowboys, military, sports…of course mixed with the ivy and trad styles. They pushed those images and stories because they were cool to Onozato and ultimately because he thought they would be cool to everyone. Everyone was sold, including, and especially, me.” 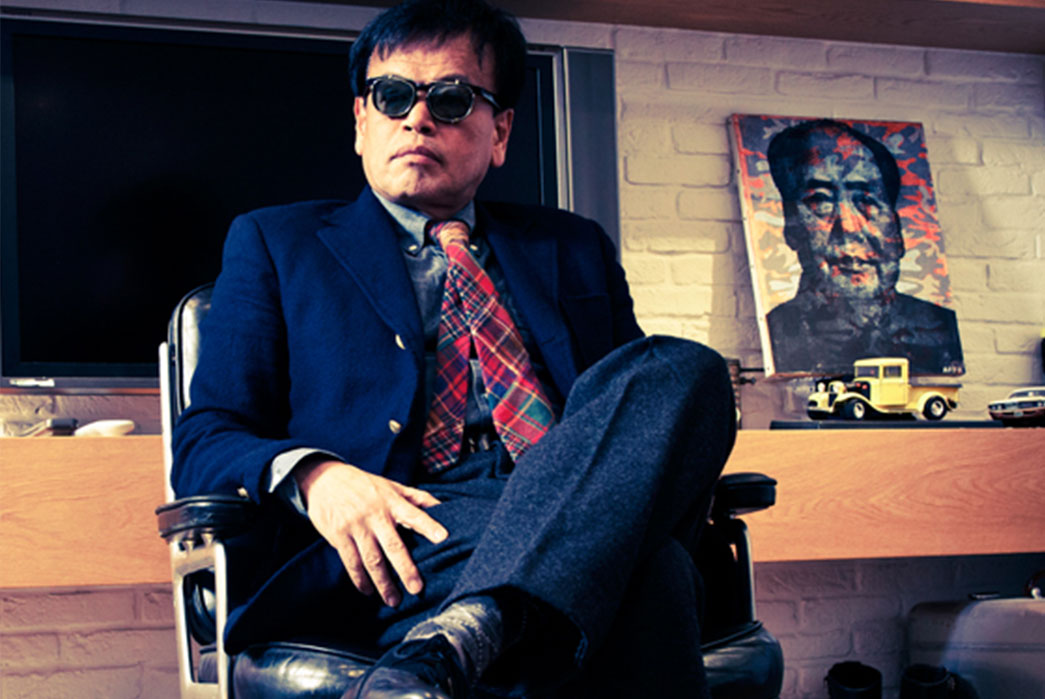 So what happened? It’s kinda sad. When I reached out to get people’s opinions, many friends and contacts didn’t have a lot of positive stuff to say about the magazine in its current state, although many had fond memories. I think it was widely believed that F&E was a great mag at a certain point in time and certainly enjoyed a heyday, but the seldom changing aesthetic started to tire readers.

Ken points out that it was almost the innovation of turning the magazine into a clothing company that changed them in the end: “Sadly it was a business after all, and they had to sell stuff, stuff that they produced to sell and not the stuff they believed in. When they later introduced “Rugged Factory” it was no-spirit, no-soul merchandise to me.”

I remember when Rugged Factory, their second store, opened on Meji Dori between Shibuya and Harajuku, I went in to buy Onozato’s new book, My Rugged (which was essentially 211 of Mr. Onozato’s favorite items of all time and was my best purchase of the trip as I recall!) I remember thinking the store was perhaps for a younger, college crowd as opposed to the museum, which was aimed at the more affluent, discerning ‘Dad’. But I still liked it, I still respected it and hell, I even bought a pin badge! But I’m not a guy and I think that might make a difference. Rugged isn’t speaking to me, it’s primarily speaking to men. 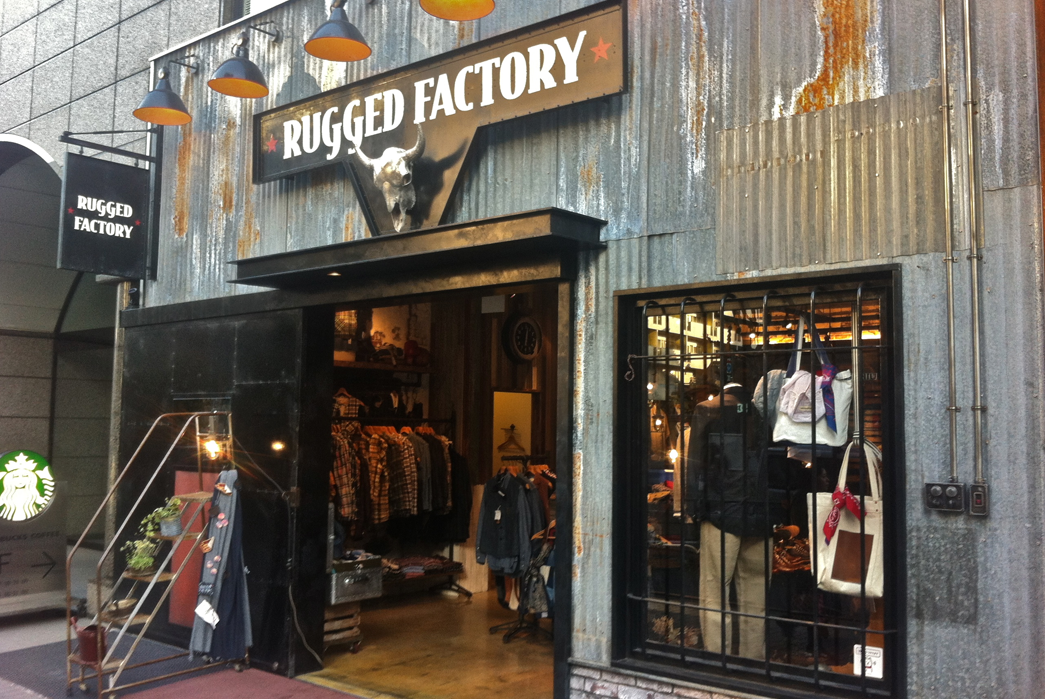 The Rugged Factory. Image via Denimhunters.

The other problem is Rugged Style is meant to be timeless. It revolves around a uniform of clothing that doesn’t reinvent itself, that doesn’t follow trend and doesn’t alter. I can’t help but wonder that it wasn’t Rugged that started getting tired, it was readers getting tired of Rugged. Ken tells me how he looks back on that last blog in 2011:

“In the end, Onozato was the limit. One man’s dream or story-telling couldn’t possibly keep all of the readers forever. You have to constantly introduce something new; these are the readers who can get bored so easily and it’s a business after all, you have to sell and that’s a shame. I look back and think that way now: I was one of those easy-to-get-bored readers!”

It was tough writing this article because it started as an interview piece with Aya, the contributing editor that Donwan kindly introduced to me. We chatted over email and were both excited to talk to one another but as often happens with any closure or company change-up, things get complicated and political and I understand the Free & Easy team’s decision not to talk.

The original writers are actually working on another magazine launching at the end of April called Hail & Mary and I wish them all the best with it. Sometimes we can be quick to judge other people’s work from the comfort of our computer screens when we don’t know the real story going on behind the scenes. I’m sure there was a lot more to the closure of this institution than we know and I’m sure the talented team behind the Rugged Man will rise again.

There, I managed to write this whole piece without mentioning the C word once 😉 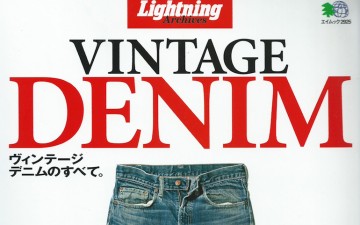 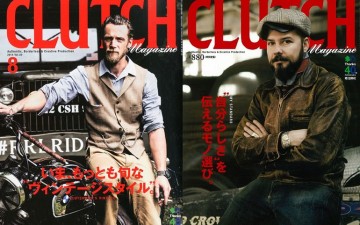 A Rundown on Japanese Denim Magazines 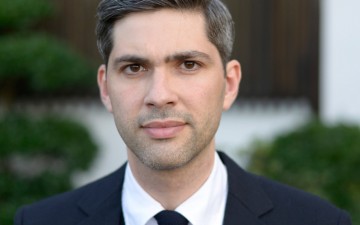 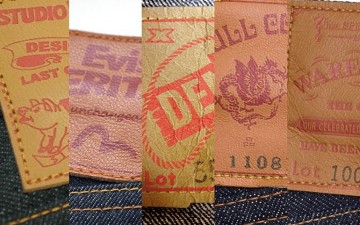 The History Of The Osaka 5