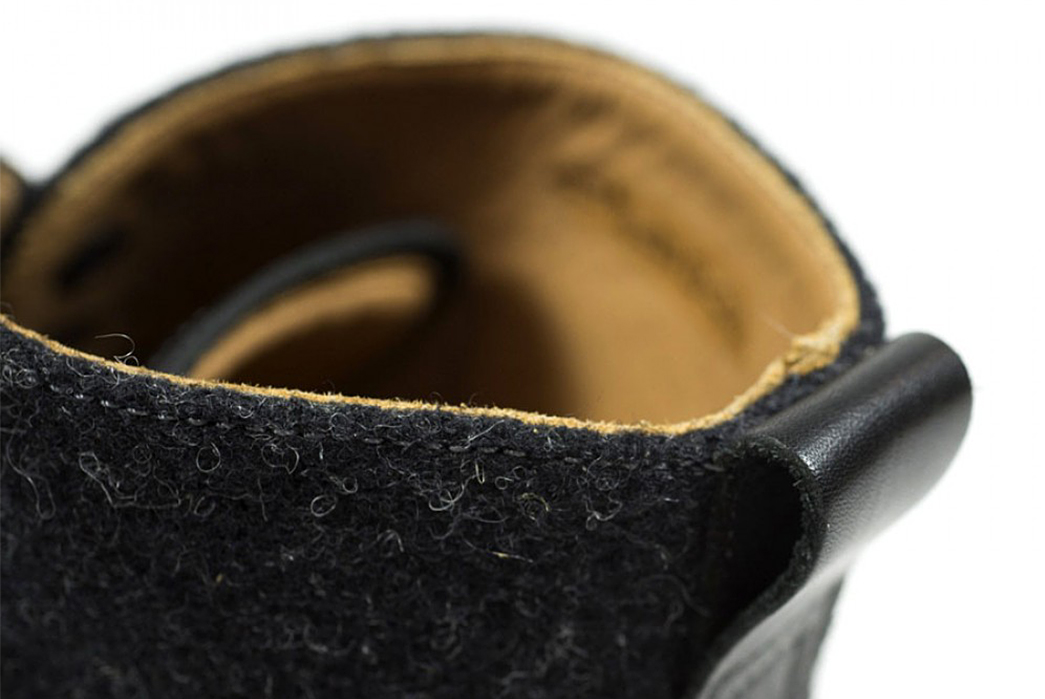 Leather and Fabric Boots – Five Plus One

It is hard to beat a pair of basic, brown boots, but sometimes it is fun to break up the monotony — and how better than with a pair of two-tone double-material boots? There aren’t many benefits to making a pair of boots partially out of fabric (other than the nominal amount of weight saved), but it certainly helps to create an interesting aesthetic. An aesthetic we’ve got lined up below with some of our favorite picks of fabric and leather blend boots. 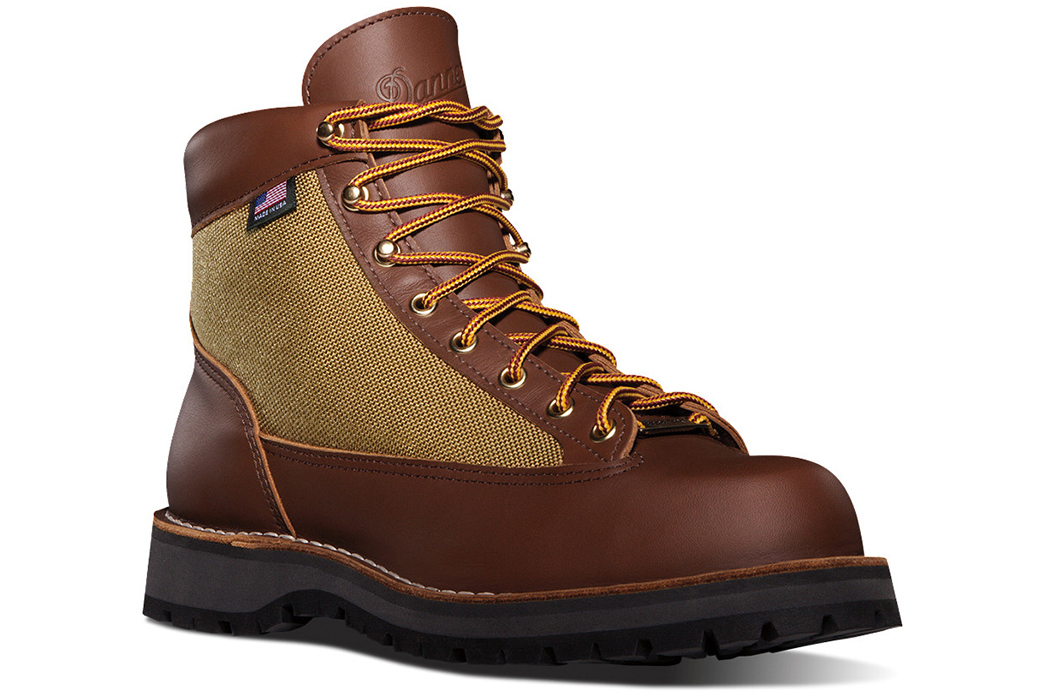 Hiking boots require some pretty rugged materials, and thus partially making boots out of fabric won’t save that much weight, but when it comes to a pair of hiking boots, such as Danner’s Light boots, every ounce counts. Danner uses heavy-duty leather, which means their hiking boots will always be a bit heavier than those made entirely of synthetics, but their classic styles are something that cannot be replicated with modern materials, and we applaud them for keeping things traditional.

Available for $380 from Huckberry. 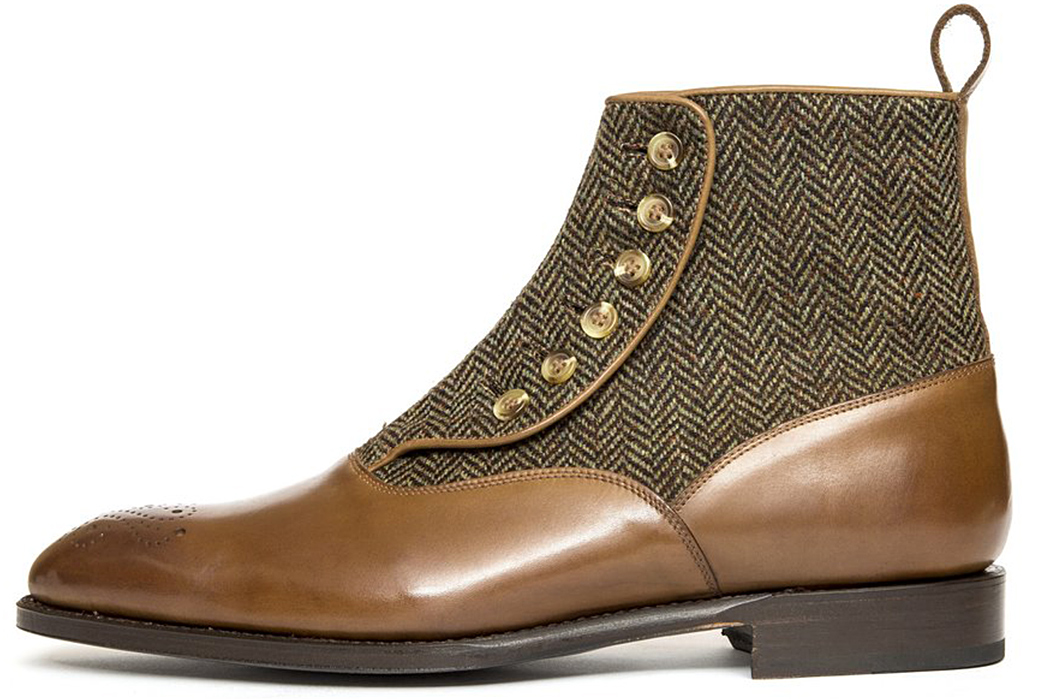 Button boots are making a comeback, and J. Fitz Patrick’s Westlake Button Boots are some of the nicest on the market. They are constructed with a German calfskin for vamp and heel, and a herringbone tweed for the quarters. These boots are definitely an interesting mix of formal and over-the-top, so I don’t expect them to speak to everyone, but I’m sure those interested in them will find more than enough excuses to move them from the closet into the rotation.

Available for $429 from J. Fitz Patrick. 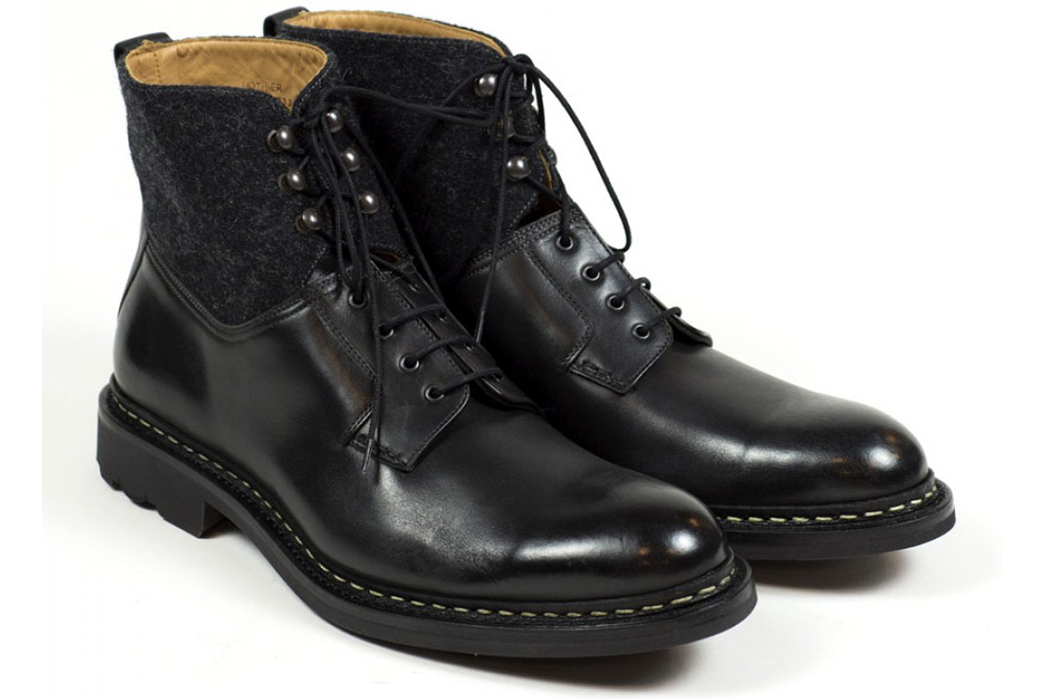 Heschung does a great job of releasing unique styles of boots that aren’t too eccentric to see regular wear, and their Lothier Boot fits that bill. It’s constructed with thick calfskin and fuzzy herringbone wool panels, making it appear a bit more refined than most two-material boots. But, that said, the reverse welt and heavy-duty sole definitely help to make this style a bit more casual. Like all of Heschung’s boots, this style is entirely made in France.

Available for $357 from No Man Walks Alone. 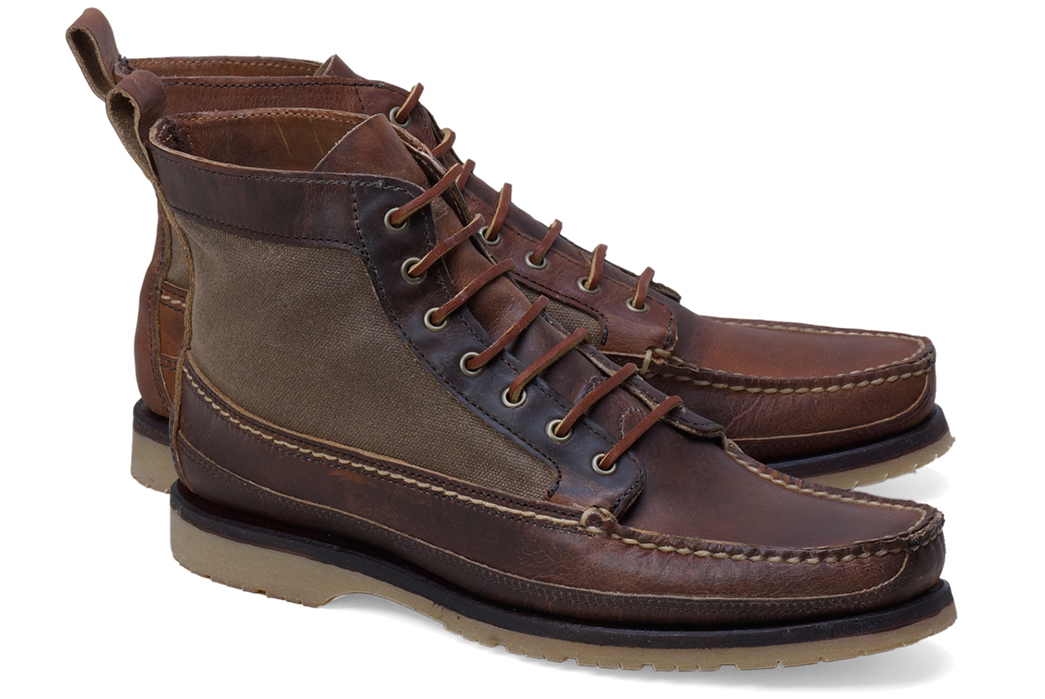 Some types of boots just look right with fabric quarters, and American handsewns are among them. Red Wing’s 9185 Handsewn Chukkas are constructed from waxed canvas and Red Wing’s Copper & Tough leather: two materials that are known to patina beautifully. Most of Red Wing Heritage’s boots are made in Minnesota, but the handsewns are made in Maine. Little details like that are important to the heritage footwear market, and it’s great to see the made-in-Maine handsewn market is continuing to thrive.

Available for $233 from Brooks Brothers. 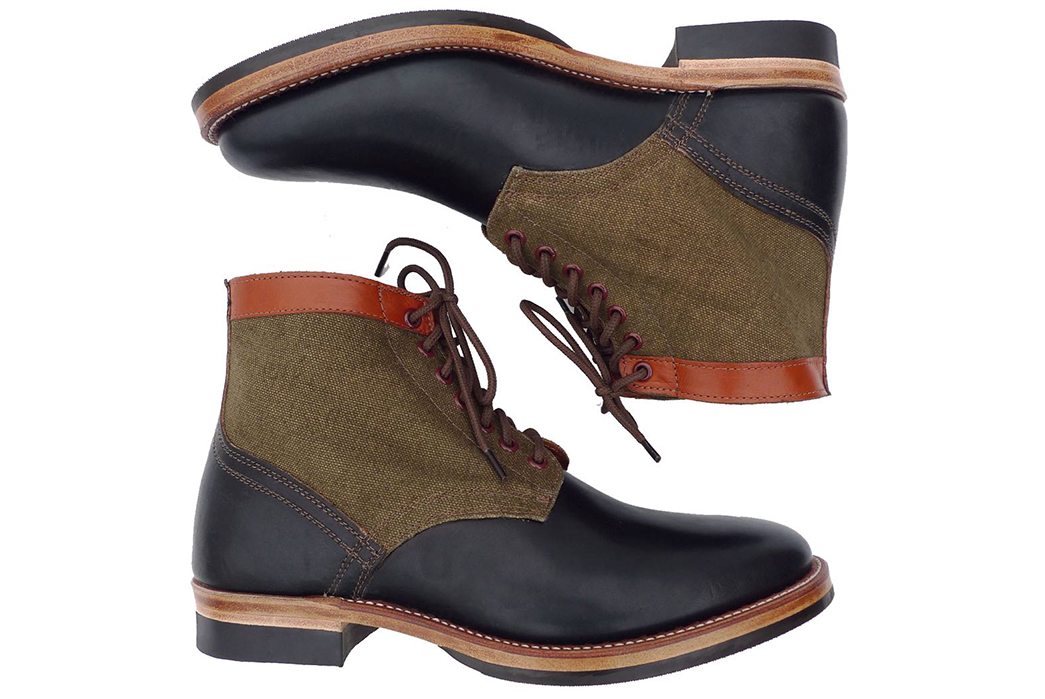 Mister Freedom’s Troop Boots Type II are quite unlike anything else on the market, and that’s why we love them so much. They feature a full-fabric quarter — rather than having fabric inserted into the leather of the quarter — and the fabric isn’t lined with leather either, making the quarters of the boot thin and light. Each pair is constructed from veg-tanned leather, vintage canvas (re-purposed from 1960’s duffle bags), and vintage soles rubber soles/heels.

Available for $750 from Mister Freedom. 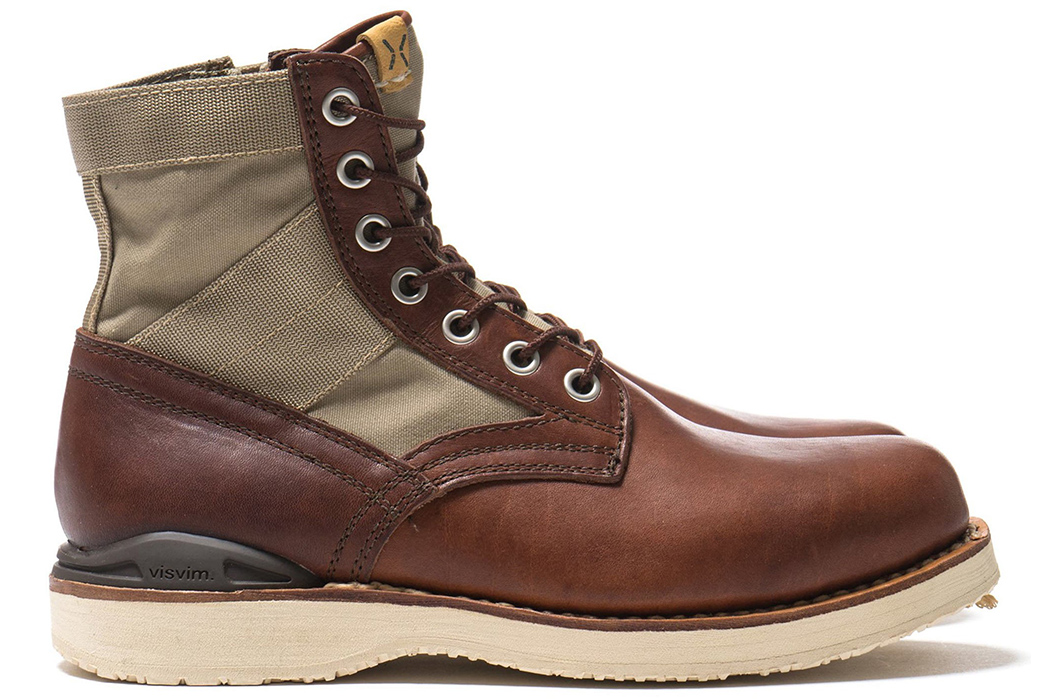 Visvim always strives to create unique designs, and their 7-Hole ’73-Folk Boot is certainly one of their most recent successes. They are based off classic jungle boots and feature canvas quarters, oversized eyelets, and a heavy-duty side-zip to compliment the militaristic patter. Each pair is finished with a heeled wedge-style outsole and Visvim’s distinctive (and divisive) heel support piece. 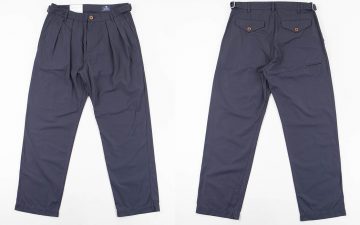 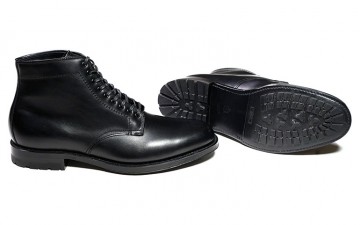 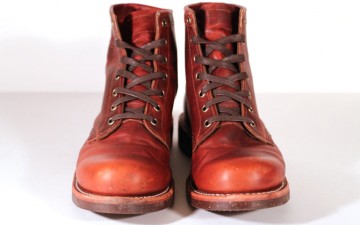 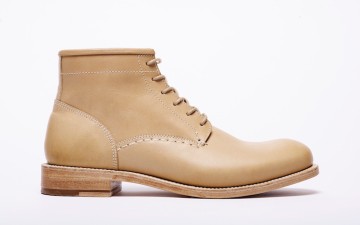