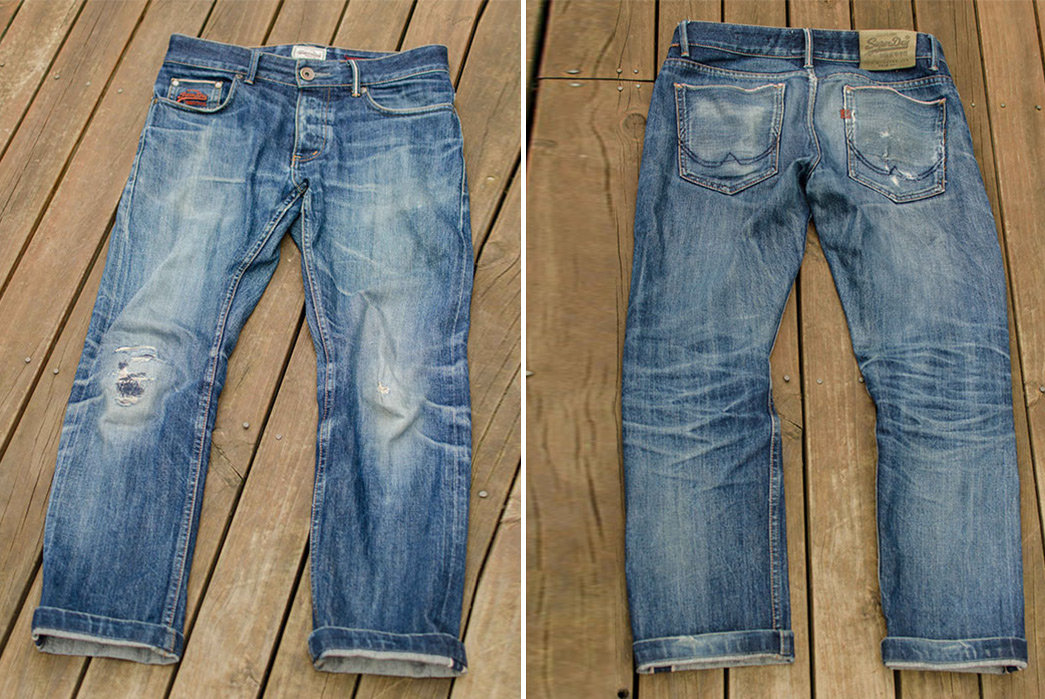 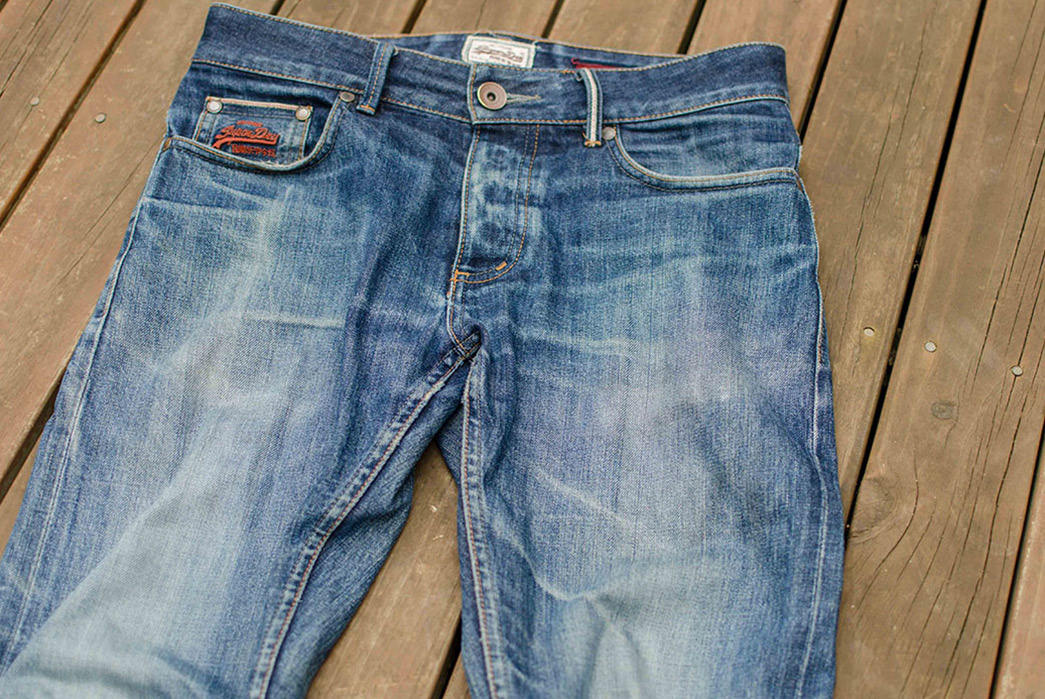 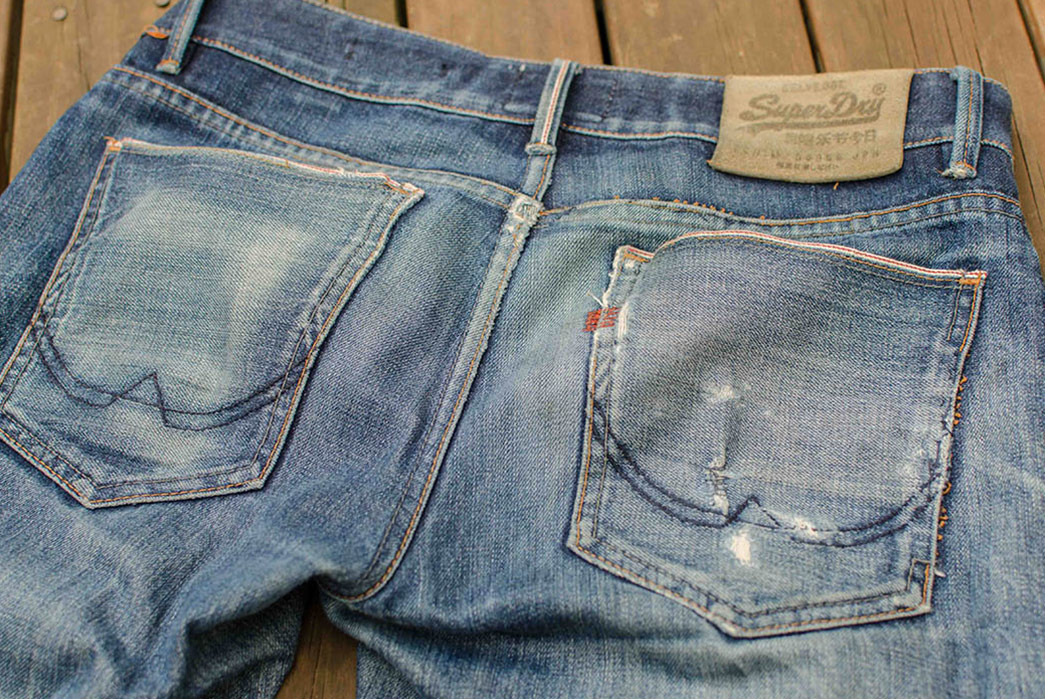 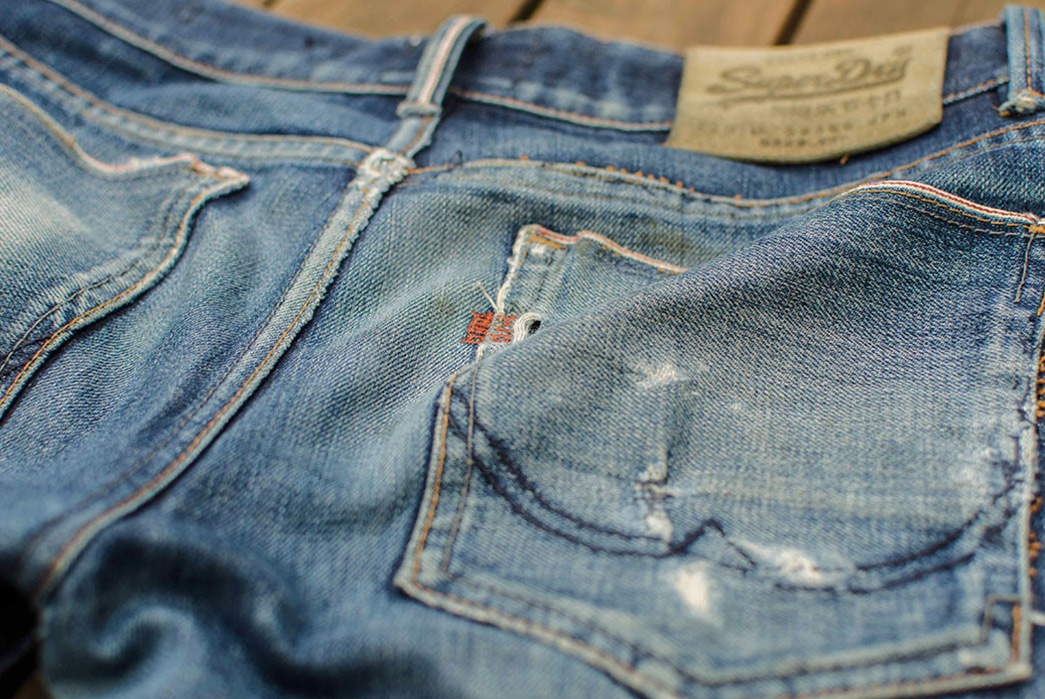 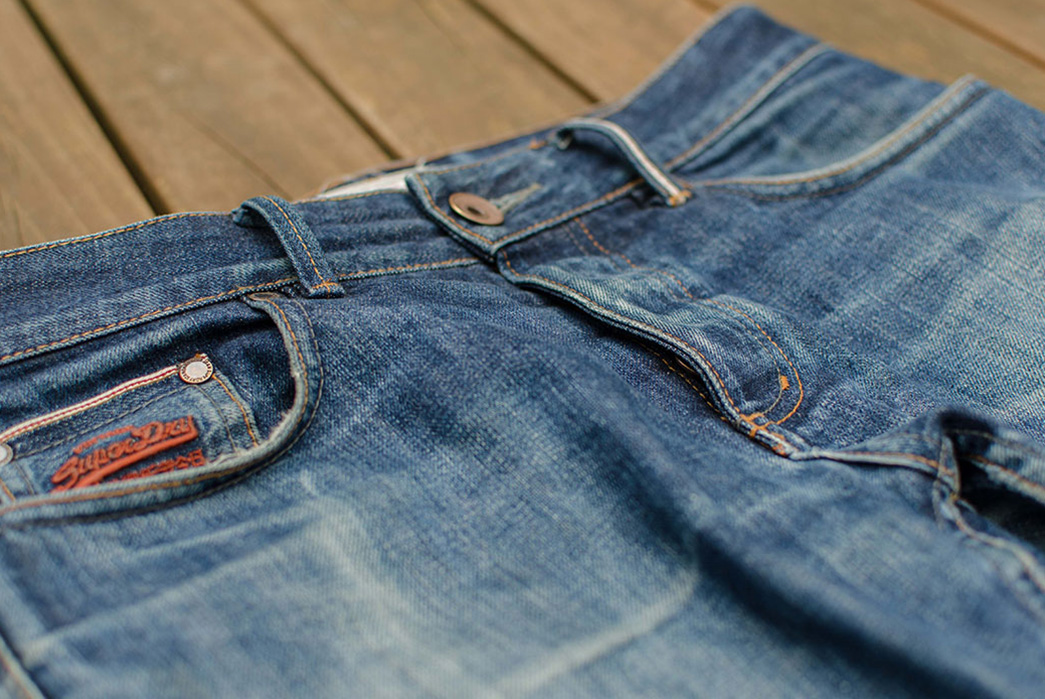 We’ve got some super-fades from a brand that doesn’t get much love in the world of raw denim—Superdry. Two years of hardcore wear by Bryan Wicaksono, of Australia, has left these Superdry Selvedge Straights beaten, crocked, and faded, which is just what the doctor ordered for this installment of Fade Of The Day.

When we say hardcore wear, we’re talking “24-hours-a-day, sleeping in your jeans for 18 months” hardcore wear. In fact, Bryan wore these jeans so much that the resulting smell of his denim caused his friends so much distress they threatened to unfriend him! Thus, after the first six months, Bryan was forced to soak his jeans and they’ve since accrued a total of 11 soaks and two washes.

Stinky denim aside, Bryan’s commitment has earned him some sick fades. All the washing has taken its doll on the indigo dye, leaving the denim with a light and washed-out cast. We’ve still got some solid whiskers and honeycombs though, and some nice roping that runs down the inseams and around the cuffs. The knees have faded so much that one has bust through, prompting one of many home repairs conducted by Bryan himself. 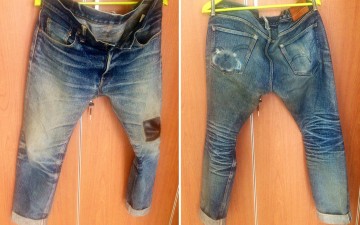 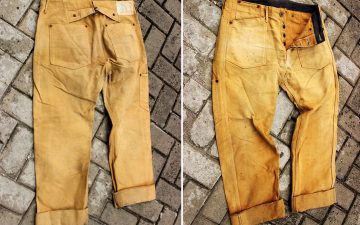 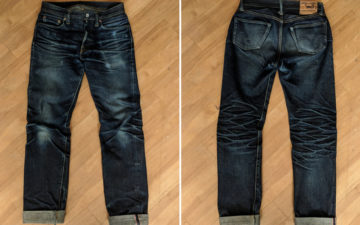 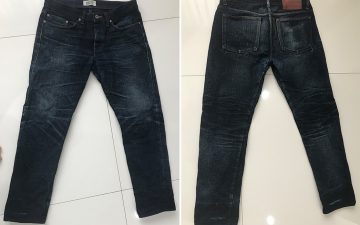