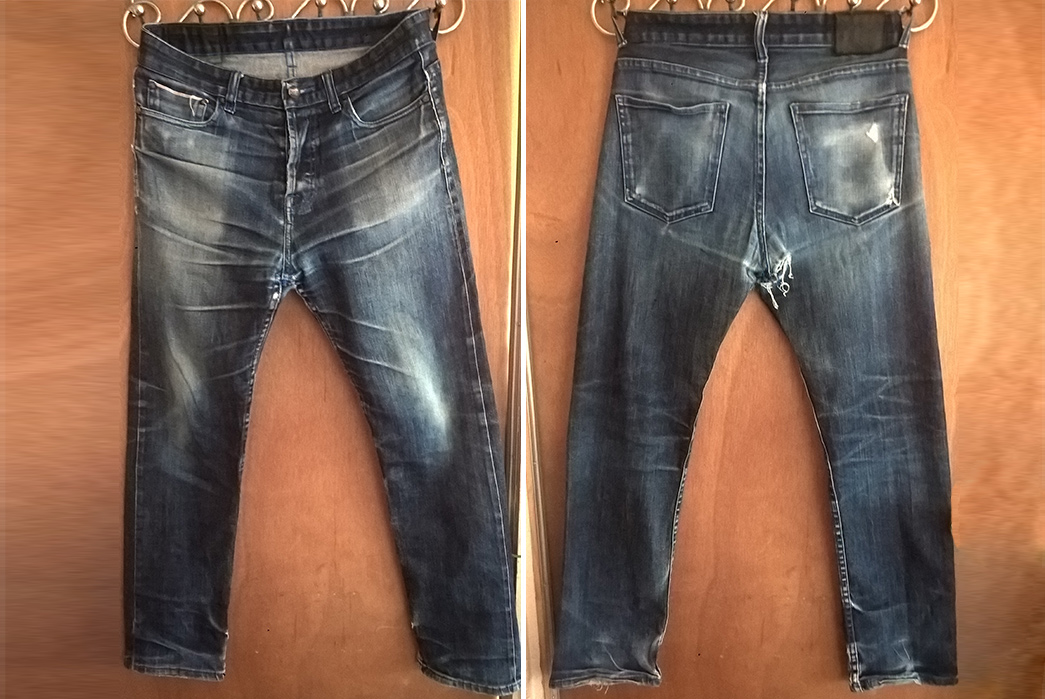 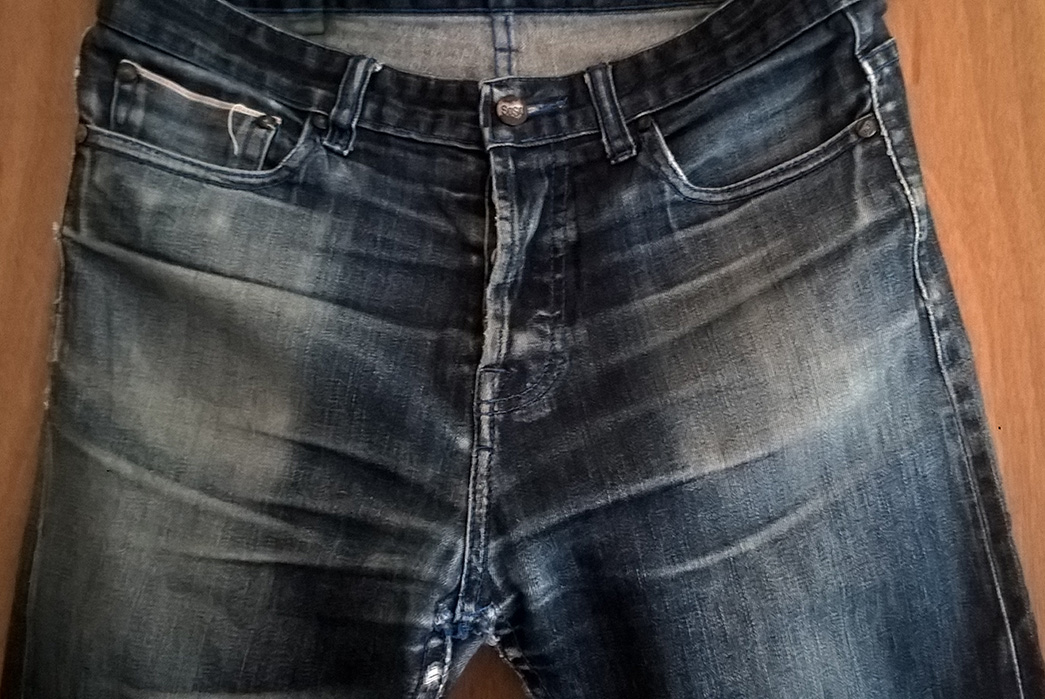 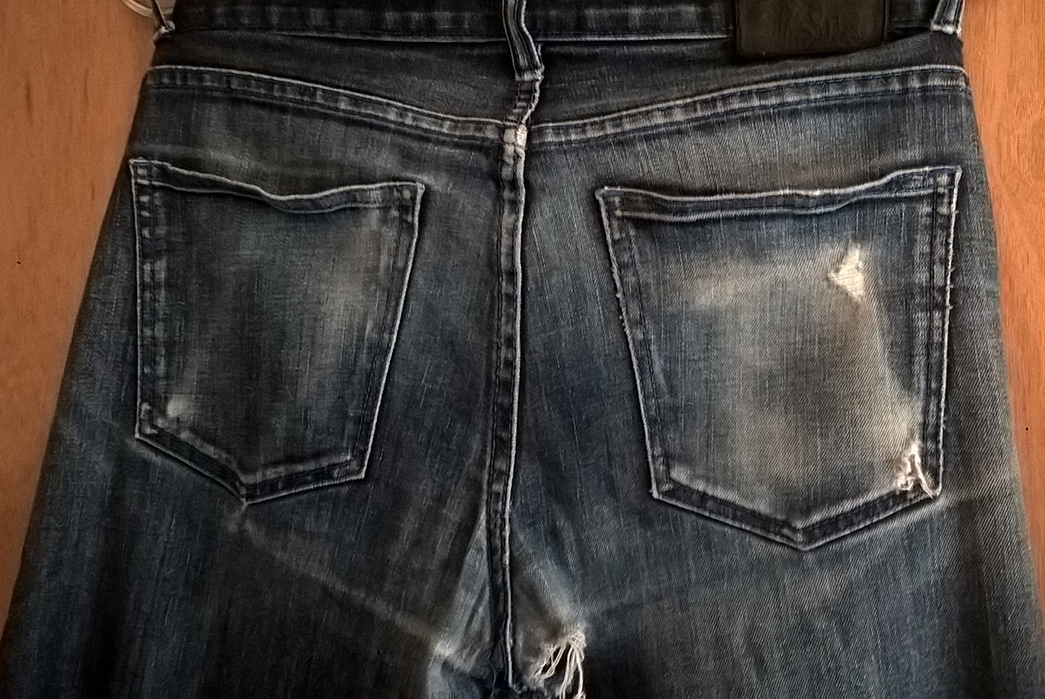 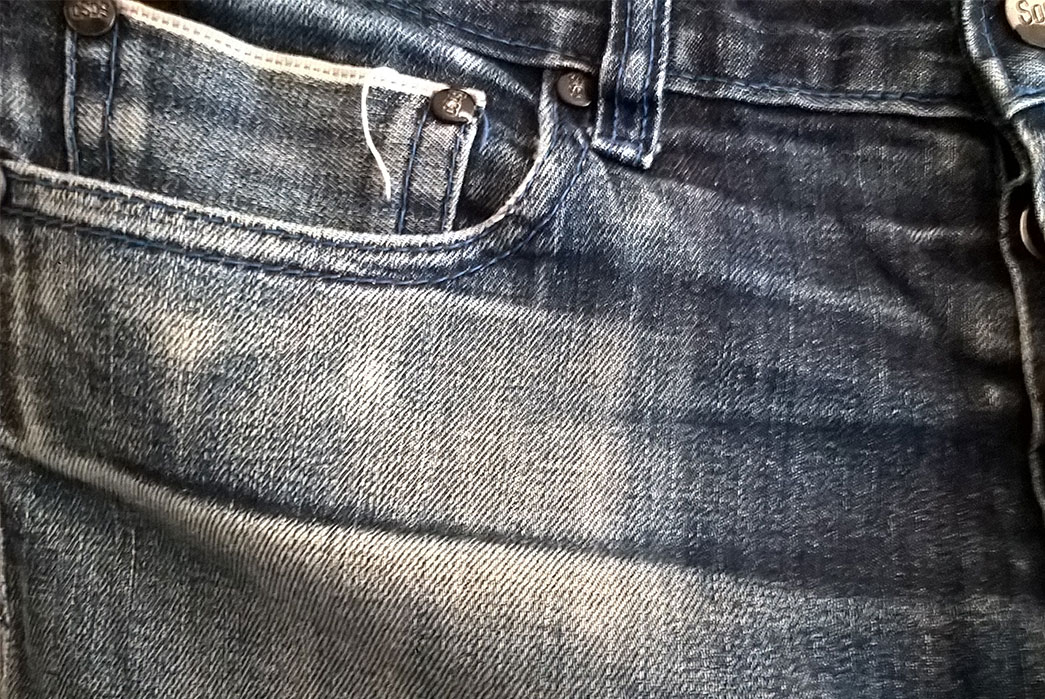 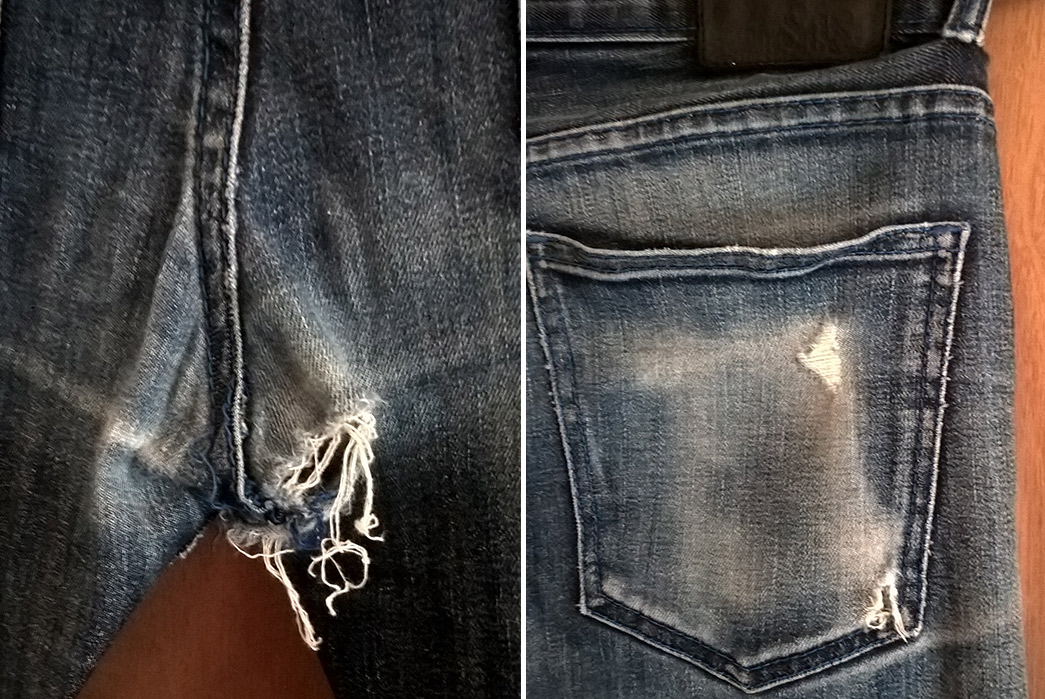 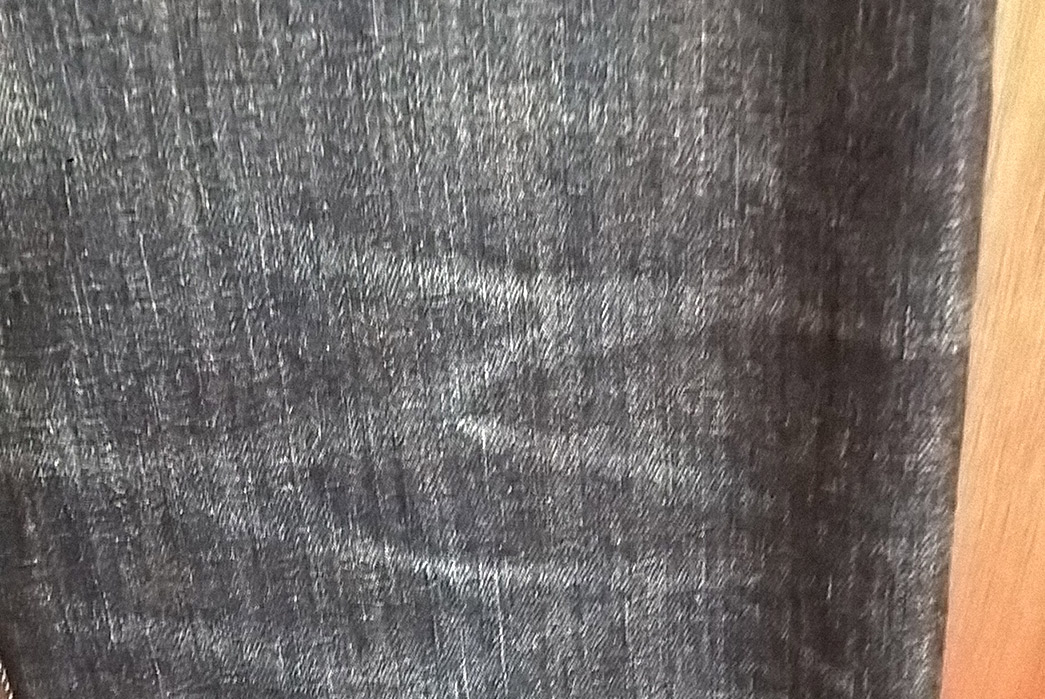 These jeans were meant for workin’, and that’s just what they did. Denim head Daniel Alarcon, of sunny Los Angeles, California, has worn this one-off pair of SoSo jeans for the last year and six months while building visual displays and other performing labor-intensive duties, but in the end, the fades he earned were the real reward.

Considering the damage done and the time it was done in, it’s easy to see that Daniel wasn’t afraid to put a beating on his jeans. He also wore them on his daily commutes, on the weekends, and even to the gym to get his fade on at the squat rack.

The destruction is evident mostly in the insane crotch blow-out and back pocket tears, but there are nice signs of wear all over this pair. Tight whiskers have formed down to the inner thighs, which lead into the two white knee caps.

There are signs of honeycombs and even some light stacking occurring down at the ankles and, though he is still deciding on whether to fix and keep fading or retire them for good, there’s no denying these SoSo’s did their job. 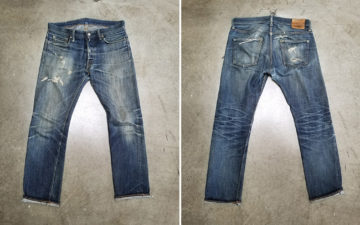 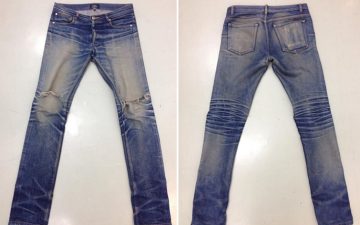 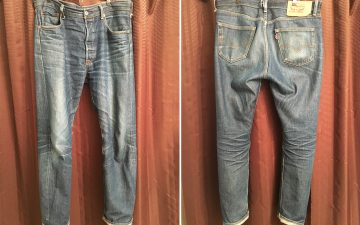