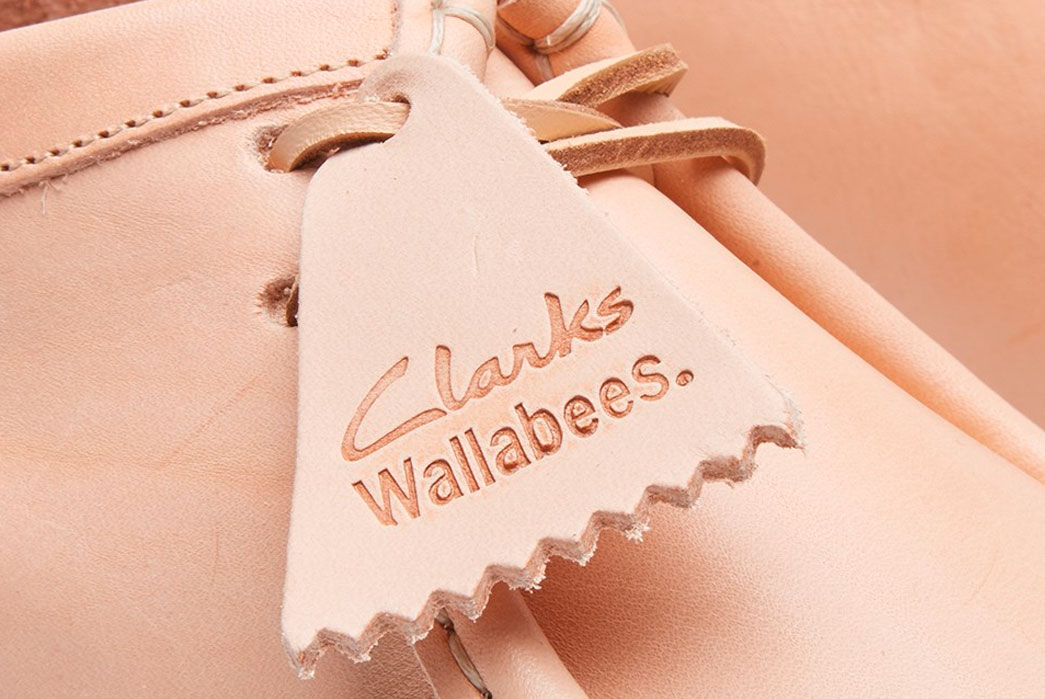 Clarks is a British footwear brand that has been in the shoe business since the early nineteenth century, and while their name has become synonymous with their classic Desert boot, their brand translates through many cultures and have been worn by just about everyone–from rude to posh.

The Clarks story began in 1821 when Cyrus Clark, in partnership with his cousin, went into the business of fellmongering (selling animal skins), tanning (making leather), and woolstapling (selling wool), in Somerset, England. By 1825, Cyrus had gone solo, opening a High Street store that sold full sheepskin rugs.

Three successful years later, Cyrus enrolled his younger brother, James, as his apprentice. James couldn’t help but notice the waste sheepskin scraps from the rugs and began inverting them to create slippers, known shortly after as ‘Brown Peters.’ Popularity for the slippers came almost overnight, and in 1833, the two brothers entered an equal partnership and began trading as C&J Clark.

Business was going steady, until a few challenging years in rough market conditions left the company in substantial debt. Clarks even flirted with bankruptcy in 1863, but, thanks to a bailout deal from a local Quaker community, the brand pulled through these hardships and by 1903, Clarks was back on its feet as a private limited company. From this point on, Clarks grew to become a household name, and their ethos of long lasting, high-quality products proved successful the world over.

Clarks is still headquartered where it all began, in the small town of Street, in Somerset, England. Their reach has expanded exponentially, however, with over a thousand branded stores across the globe. They sell over 50 million pairs of shoes a year, and work extensively with the LWG (Leather Working Group) to promote sustainable and environmental practices within the leather industry. Despite the growth, the majority of the company is still owned by the Clark family.

One of Clarks’ original factories in Somerset was converted into a shoe museum in 1950 and is still operating to this day, exhibiting over 1,500 pairs of shoes, as well as documenting the Clarks story and acting as an archive for the brand.

With their successful and iconic silhouettes—such as the Desert Boot, Desert Trek, and Wallabee—Clarks have not only gained and preserved high esteem within the footwear industry, they’ve cemented themselves into popular culture.

From soldiers to school children, Mods to rappers, Clarks have made their mark into many subcultures and walks of life. The brand has a rich cult following in Jamaica, and a book entitled ‘Clarks in Jamaica’, was written by Al Fingers in 2012, documenting the brands popularity and exploring its cult status.

Although Clarks is a brand steeped in history and heritage, they have a constantly growing range of varied products, from Wellington boots, to shoe-sneaker hybrids. Their ‘Trigenic’ range of sneakers, which merges traditional materials and detailing with modern construction and silhouettes, has proven popular and added yet another string to the Clarks bow.

And in addition to designing new and innovative product, Clarks often collaborates with musicians, artists, and other brands to create special-edition releases of their heritage models. MF Doom, Futura 2000, Woolrich, and Oi Polloi are just a few names featured on their wide range of co-branded projects.

Although they produce footwear of all ilks, Clarks are famed for using simple, minimalist constructions, high-quality leathers and, most notably, crepe soles. Crepe is a plantation rubber that helps to give the sole bounce, flexibility, and grip. It also takes a long while to wear down, so in teaming these soles with buttery suedes and leathers, Clarks manages to balance form and function while creating an eminently recognizable product.

Clarks signature model, the Desert Boot, was designed for British soldiers serving in North Africa. While stationed in Burma, Serviceman (and Clark descendant) Nathan Clark noticed a large number of off-duty officers wearing simple suede boots with crepe soles. He learned that these minimal boots were from a market in Cairo, and that they were designed to weather unforgiving desert conditions. Taking inspiration from his findings, he returned to Somerset and began cutting the patterns for what is now Clarks’ mainstay boot, which went into production in the late 1940s.

The Desert Boot is recognizable for its two-panel, stitch-down construction, with two eyelets and a heeled crepe sole. It’s become one of the most iconic pieces of footwear in pop culture, with icons such as Paul Weller and Steve McQueen donning the versatile ankle boot. 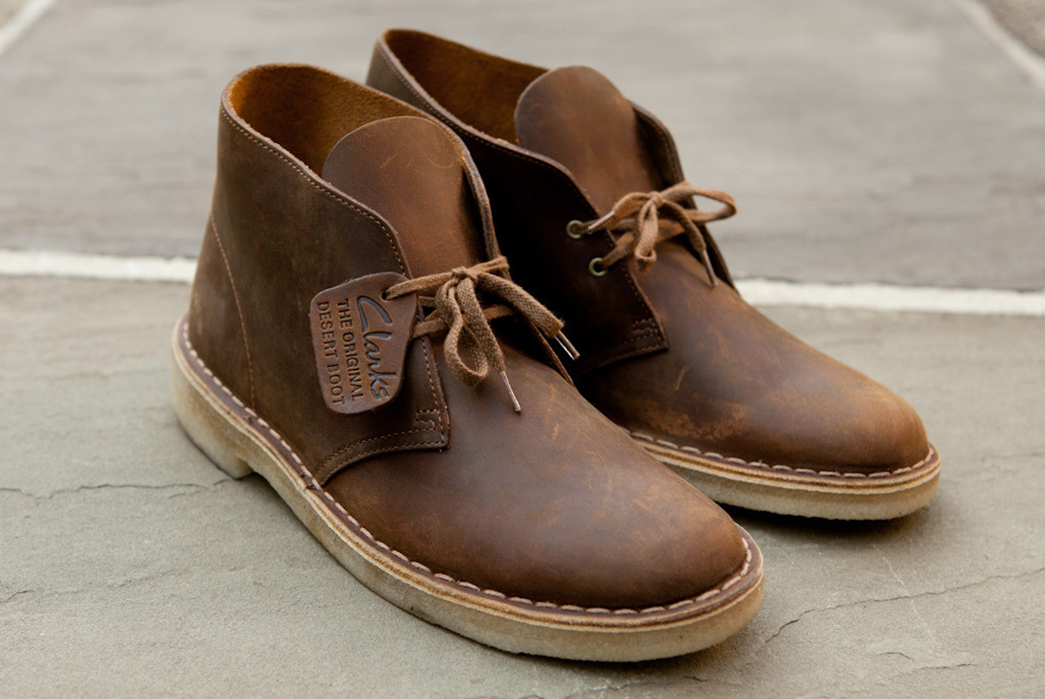 The Desert Boot is available for $130 in original beeswax from Clarks.

And for those into choices, it also comes in a full-height, six-hole variation named the Desert Mali Boot. This model also features a pull tab, and would’ve also been worn by British soldiers in the 1950s.

The Wallabee is Clarks’ moccasin shoe, first introduced in 1967.  Originally designed by a Germany company named Sioux and christened The Grassshopper, Clarks struck a deal allowing for their version of the shoe to be made in Ireland, under contract by Padmore & Barnes.

The Wallabee is now made in-house, but still has its original two-piece leather construction, with two eyelets and a wedged crepe sole. It comes in a few variations, including an ankle-height boot and the Wallabee Weaver, which features more pronounced mocassin stitching.

Similar to the Desert Boot, the Wallabee has gained a cult following within many subcultures, but particularly in hip-hop, with Ghostface Killah and Raekwon The Chef of the Wu-Tang Clan being staunch advocates for the model.

Clarks is a British shoemaker whose business has spanned three centuries and they are now bigger and stronger than ever. They’ve seen many iterations over that timespan, but today, their most iconic styles are part of their Originals line and use natural materials like beeswax coated leather and plantation crepe rubber soles. Best of all, their wares are incredibly affordable and can be found at nearly any high street mall all over the world. 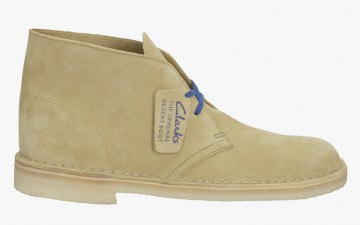 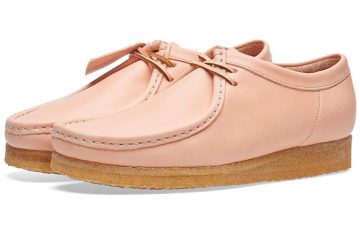 Clarks’ Wallabees Get a Natural Makeover 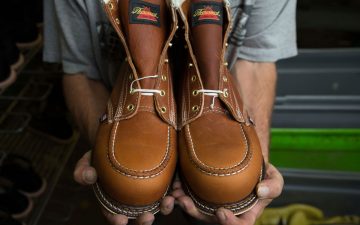 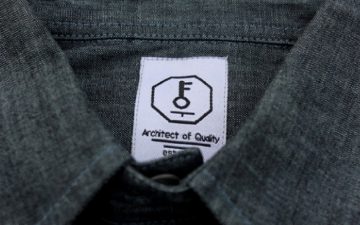