If the proliferation of the Big Three denim companies were an Olympic game, Levi’s would have undoubtedly won gold, Lee silver, and Wrangler bronze. But it was a very close call. Lee Jeans very nearly won Americans’ hearts and minds before Levi Strauss & Co. had even crossed the Rocky mountains. Almost.

Today, there are people who have no knowledge of Lee, perhaps only seeing them in the discount bins of vintage stores and all over Etsy. But how is it that Lee flew so close to the sun and so close to unseating the champion of jeans? It’s not at all easy to say, but by charting their long and innovative history, we can examine the brand that could have and maybe should have been king.

Lee Jeans began life as a small part of a larger endeavor, the conglomerate of companies known as H.D. Lee Mercantile Company in 1889. The mercantile company was the brainchild of Salinas, Kansas resident and savvy businessman, Henry David Lee.

The H.D. Lee Company was originally a wholesale grocery distributor, getting into the business at a perfect time, when trains were shrinking the distance of the great American midwest and the practice of using ice to protect perishables was becoming mainstream. All in all, Henry David Lee was doing well (and a fair sight better than Adam Trask), but it wasn’t until 1911 that he embarked on his most famous business endeavor, the creation of the Lee Bib Overall.

The Lee Bib Overall was originally just a way to cut costs and ensure quality as Mr. Lee had been having trouble with the Eastern workwear suppliers who clothed his large workforce. But unexpectedly, these overalls became a big hit. The grocery wholesaler of Kansas was suddenly in the clothing business and he was already blowing the Eastern competition out of the water.

Two years later, in 1913, the Lee Union-All was invented, essentially a jacket sewn to the bib overall to keep the wearer clean. The work jumpsuit was also a great hit and was even worn by American soldiers in World War I.

The 1920s would further define Lee jeans with a wave of technical advances that left many competitors reeling. By this point, Lee had established themselves as a stolidly working class brand, but outshone the others with advances like the use of zippers, heavier Jelt denim, and sanforization.

Workers with gloved hands often couldn’t get button flies open easily and heavier-weight preshrunk denim took out some of the guesswork from buying clothes. Lee was in fact the first clothing company to put what were sometimes called hookless fastener into the flies of their clothes. But even with all these advances in the 1920s, Lee is well remembered for a creepy ad campaign in the form of the Buddy Lee dolls, whose lifeless eyes dare you to buy their jeans.

Lee took an interesting turn in the 1930s with the creation of the Lee 101J, the first slim fit denim jacket. These were complemented by the Lee 101 jeans, jeans that were specifically designed for the needs of the modern cowboy. Both pieces of clothing fit surprisingly slim, a much more fashion-conscious move by a brand that had been previously designing clothes for mechanics and train conductors. Lee jeans and jackets were just starting to fit really well and people who were worried about shrinking their clothes to fit or struggling with a stiff button-fly (Levi’s 501xx) found Lee jeans to be a much more approachable alternative.

According to Tracey Panek, the head archivist at Levi’s, the great challenge of bringing Levi’s to the American east coast was the fact that they were unsanforized shrink-to-fit and had button-flies. So not only was Lee speaking to the convenience of the common man, but they were making a product that was simply more accessible to Americans at large.

James Dean in Lee 101z in Rebel Without a Cause. Image via BAMF style

As the years wore on, Lee Jeans would be worn in countless movies about rebellious men who dressed really well, although in many cases, the blue jeans they wore would be assumed to be Levi’s. James Dean in Rebel Without a Cause and Giant and Paul Newman in Hud are just some of the most high-profile examples of Lee jeans and jackets on film. And stuntman turned actor turned fashion connoisseur, Steve McQueen frequently wore Lee jeans in his private, off-camera life.

Lee expanded tremendously during the 1950s and 60s and was bought by the VF Corporation in 1969. The VF Corporation is the world’s largest apparel company and owns such brands as Vans, Timberland, Wrangler, and most recently Dickies. According to their website VF has 24 manufacturing sites worldwide and around 60,000 employees.

Director Steven Wendle has written a very comprehensive statement regarding the auditing of factories and the conditions for their workers, but with an organization that big, it’s hard to believe that everything runs smoothly and ethically all the time.

By 1995, Lee had moved much of their production to China, although a premium line called Lee 101 seems to be at least partly made in the U.S.A. Although the VF Corporation seems fairly transparent about the treatment of their workers, the origin of their premium line seems a little bit murky. It is clear that the premium line is made from higher quality Japanese and Italian denims, but it’s hard to find out where the clothes were actually assembled.

Lee’s clothes have evolved over the decades, but there are several characteristics that define a pair of Lees, that can help you know you’re looking at and wearing the real article.

Lee ditched the rivets on their back pockets way before Levi’s did. The corners of the pockets are secured by a criss-cross bar tack and there is a small Lee tag on the top of the pocket, which serves a twofold purpose, identifies the garment and avoids incurring Levi’s legal wrath by resembling their red tab. The lazy-S arcuate, which was first added in 1944 was another way to avoid too closely copying Levi’s famous design.

The Hair-on-Hide patch is now only seen on very vintage Lees and the high-end reproductions, but it was a way of further distinguishing Lees from the other jeans on the market. They were only made from 1936 to 1943, probably because they were honestly pretty morbid.

Easily the most famous pair of jeans from Lee, the 101 dates back to the 1930s, but this particular pair is a reproduction of the 1952 model. The z at the end of its name signifies that it has a zip-fly, which if you recall was one of the great technological advancements made by H.D. Lee Co. This pair has a mid-high rise and a straight leg and is made from lefthand twill from Japan.

Available for $170 from Lee Jeans.

Paul Newman in the Lee Storm Rider. Image via Pinterest

First released in 1933, the Lee Storm Rider, is the definitive Lee jacket. Blanket-lined and with a corduroy collar, the jacket makes you feel like a real-life Paul Newman. And lucky for everyone, you don’t have to be as handsome as him to pull it off.

Unfortunately, the Storm Rider is no longer made by Lee in its original raw state. But if you want to get your paws on one of these classic jackets, look no further than eBay. A great vintage Storm Rider can be had for somewhere between $50-$200.

Alternately called the Lee Coverall Jacket and the Loco Jacket, this was the design that was used for the upper half of the famous Lee Union-All work jumpsuit. This particular reproduction is based on a design from 1940 and features the famous Lee “Union-Made” tag.

Available for $247 from Rakuten.

For whatever reason, Lee wound up playing second fiddle to Levi Strauss & Co. despite the fact that they were perhaps the most cutting-edge workwear brand of the century. The incorporation of new technologies like zippers and sanforization gave Levi’s a serious run for their money. Lee’s bold choice to begin cutting work and westerner garments slimmer than ever before gave them an advantage that makes their clothes ever more relevant today. They may not have won the denim olympics of history, but they found a fanbase in some of the world’s most iconic style icons, forever guaranteeing their place in the menswear canon. 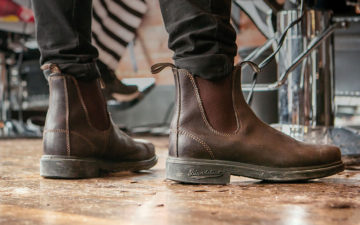 Blundstone: Behind the Australian Bush Boot 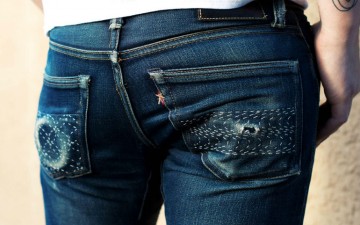 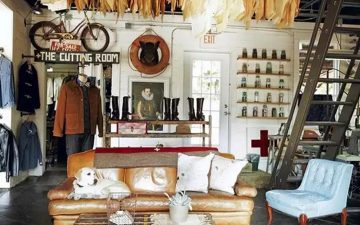 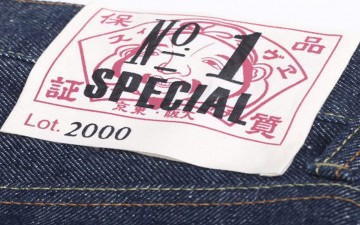