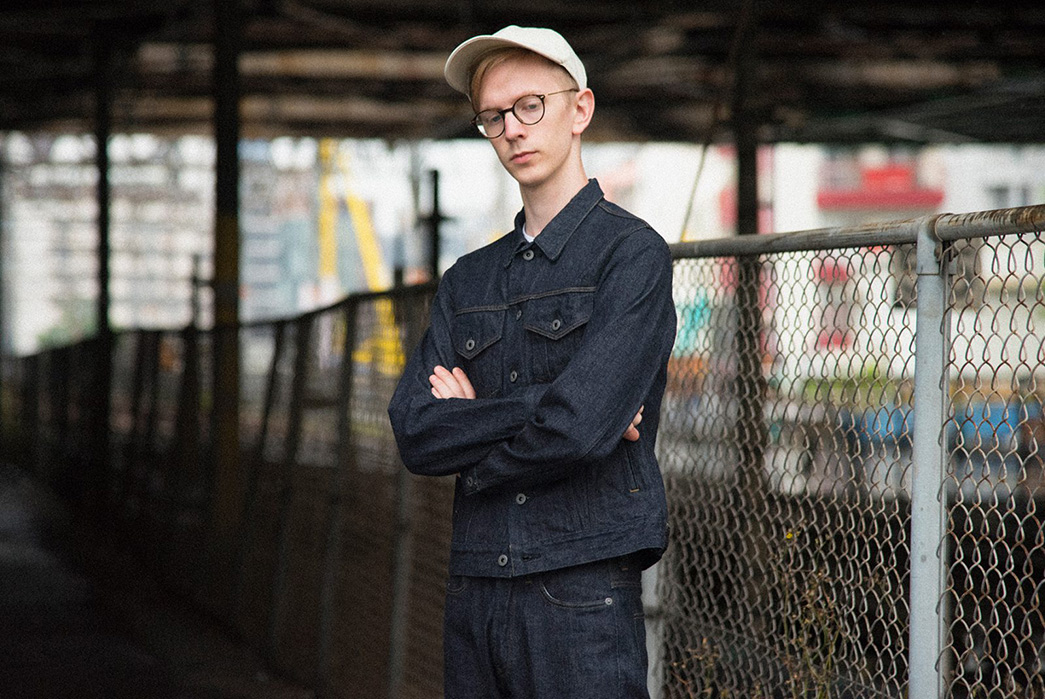 Milestone Basement is Leading the New Wave of Denim

If you’re going to start a denim brand today, I’d generally advise you to reconsider. And I’m using ‘reconsider’ nicely. The market is so oversaturated with brands steeped in selvedge and indigo that it’s hard for anyone to stand out. You might run the risk of getting lost in the indigo ocean or, on the opposite end, you might wade into gimmicky, shallow waters.

While many Japanese denim brands have a deep history, Milestone Basement is a newcomer that’s only stepped onto the scene this past July. But that doesn’t mean they’re new to denim. With more than a decade of experience in the Japanese denim industry, MB’s founders have the knowhow and skills needed to launch a brand that’s worthy of some attention. 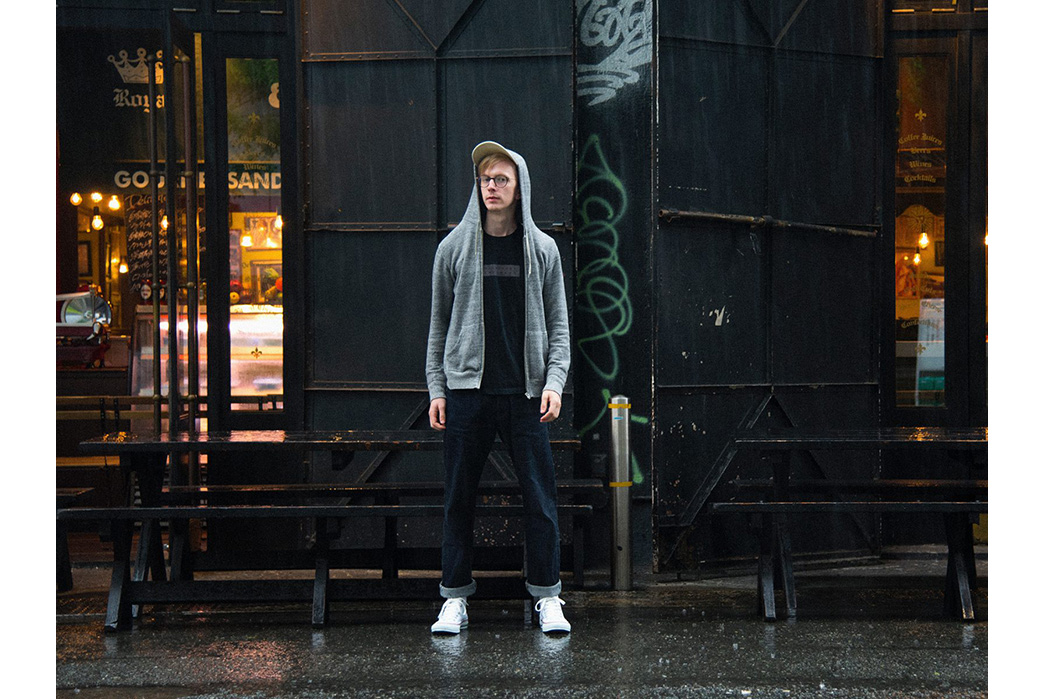 With a great reverence for every denim brand before them, they strictly stay away from labeling themselves into a specific camp of denim. Though they stop short of calling their brand workwear, minimalist, or classic, Milestone Basement seems to be all of these at once and simultaneously none of them. They represent a new wave of denim brands that look to stir the pot which, I might argue, has remained a bit stagnant. One thing that they do make clear is that their jeans are for the modern worker, whether they occupy a cubicle, or are typing away at a cafe for their remote job. 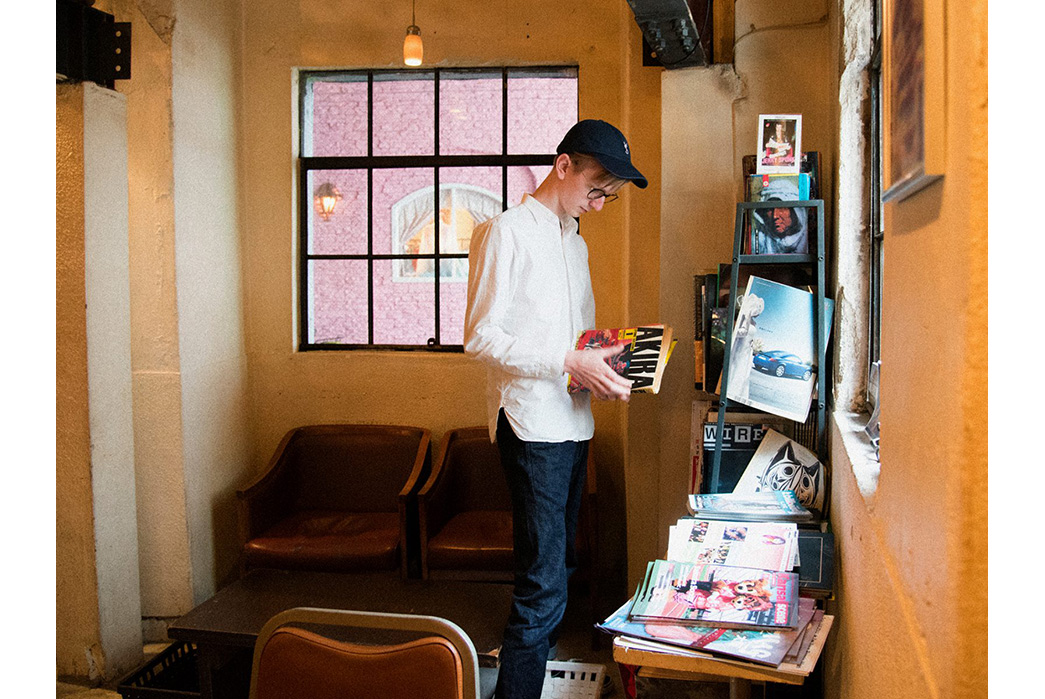 Milestone Basement pushes away from the workwear and reproductions that so many other brands already do so well. Instead, their aesthetic tries to strip away many of these details that get in the way. “We believe that the idea of ‘subtraction’ is essential to represent our brand within the established framework of jeans. We have deliberately done away with overly thick cloth, and details hung up on the ideas of ‘vintage’ and old-fashioned styles.” 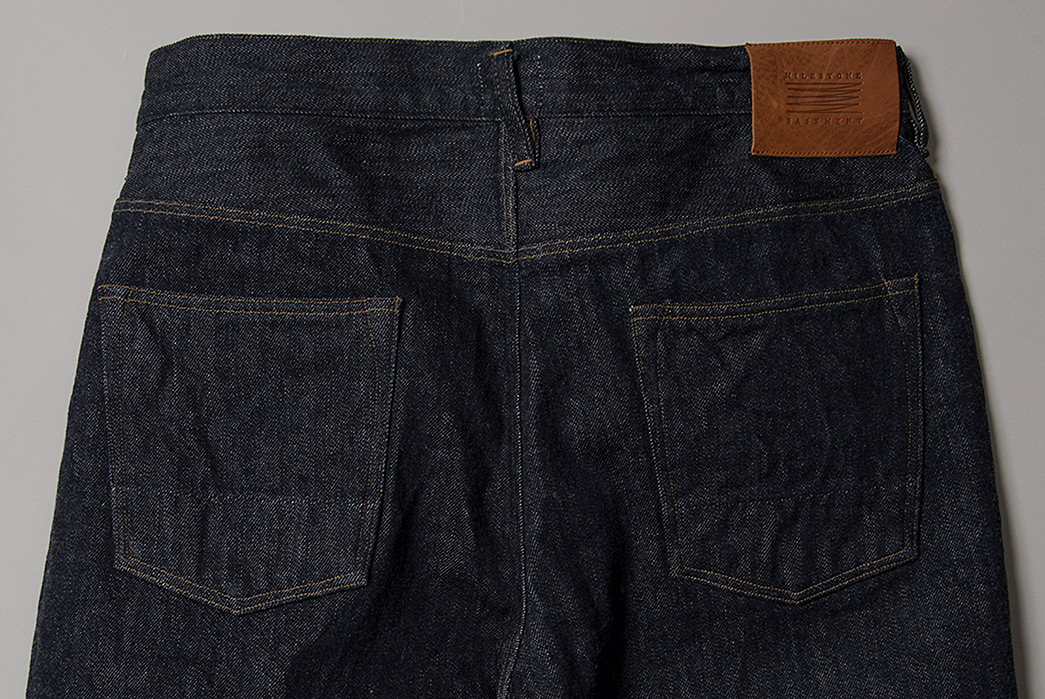 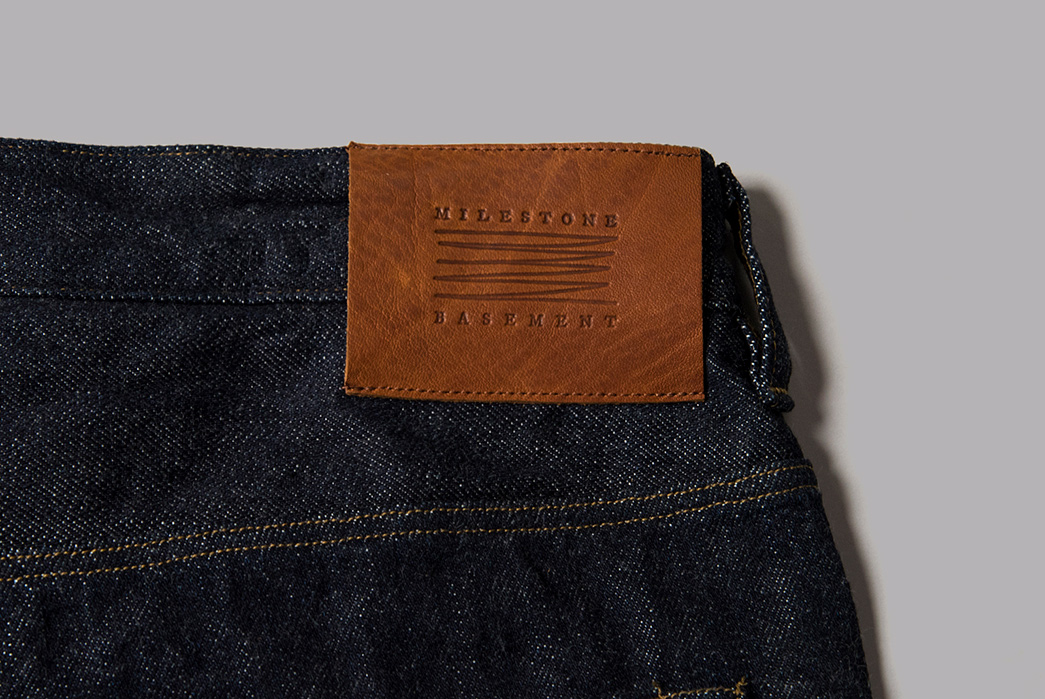 What does that mean, exactly? To Milestone Basement, that means almost no chain stitching, for one. Instead, they find beauty in the single stitch. Take a close look and you’ll notice that their stitch per inch is higher than most (you can read about why that matters, here). As much single stitching as they do, however, even MB acknowledges that a chainstitched hem is canonical. Don’t worry. You can still get your roping fades. 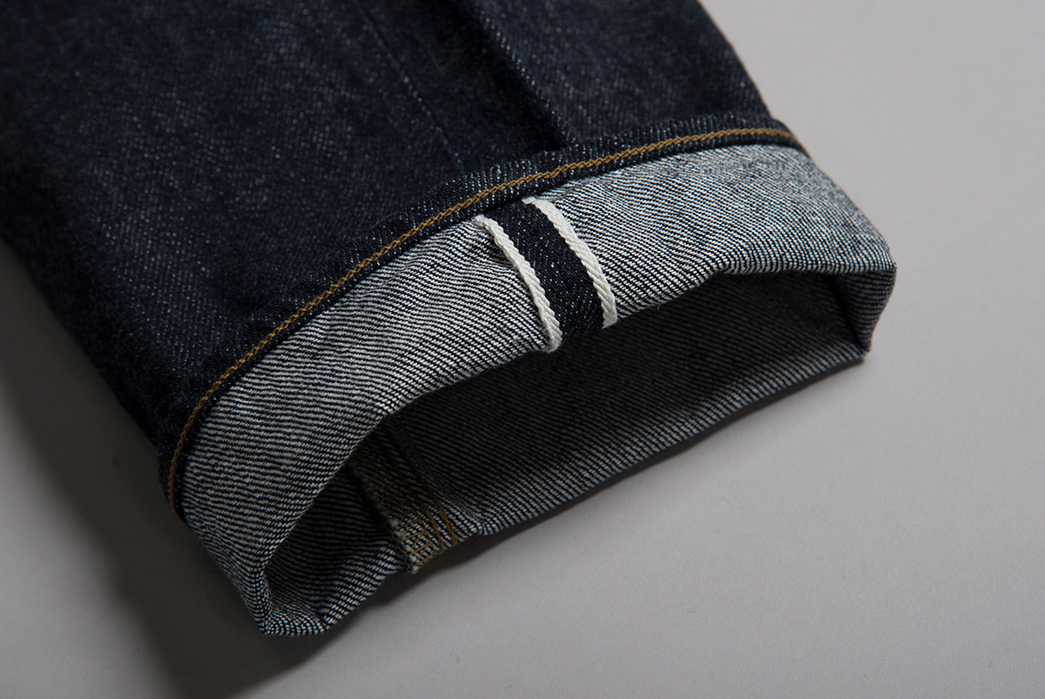 Made exclusively for MB by a well-established factory in the Ibara area of Okayama, the home of Jeans Street, their first run of denim is a year-rounder. Sitting comfortably in the mid-weight category at 12.5oz., their proprietary denim avoids the masochism of overly-thick denim but has enough heft to make it palatable. 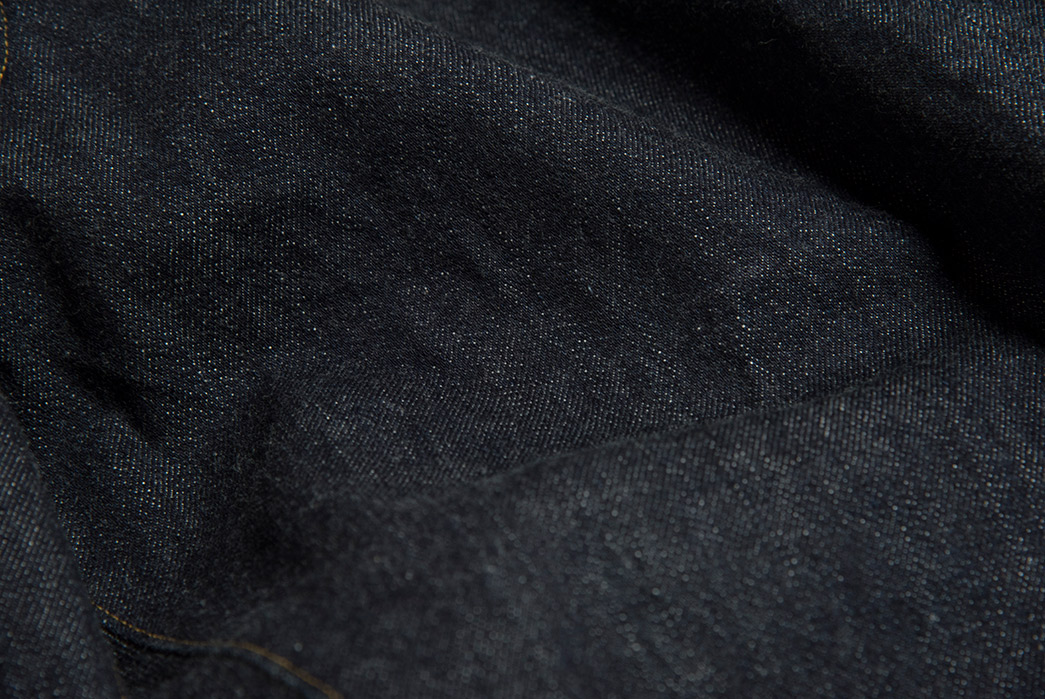 Out of the package, their denim comes washed. That might put off the most diehard denim head, but their reasoning is simple — comfort. By washing their denim, MB gives you a starch-less and more comfortable start while also eliminating the factor of shrinkage. And they aren’t just tossing their jeans into a washing machine haphazardly. Each jean is washed at a controlled temperature and for a calculated length of time in order to achieve a soft hand and drape while maintaining the natural heft and firmness of the fabric itself. Don’t get washing confused with distressed, either. There are no outlandish washes or sandpaper whiskers anywhere. All the fades you’ll see from these jeans will still be your own. 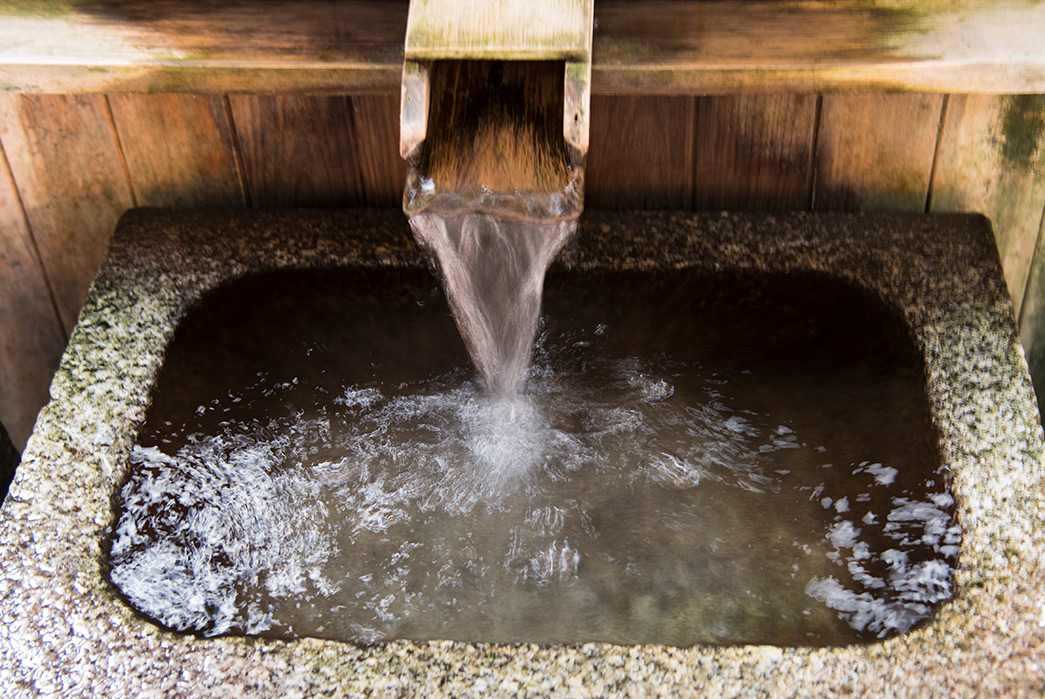 Though they’re based in Japan and just getting their footing, you don’t have to book a flight to see the product for yourself. Milestone Basement shoulders the international shipping so you don’t have to. It will arrive at your doorstep in really thoughtful packaging, also. 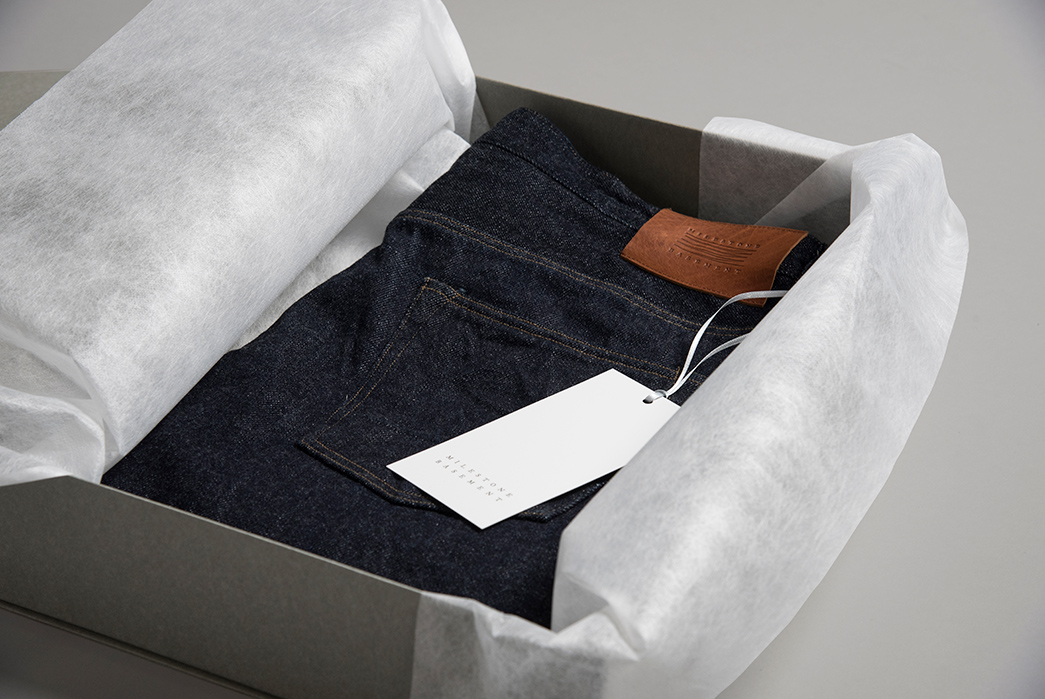 “We have seen jeans, which often act as a mirror reflecting the times, and which are supposed to have been a symbol of freedom, start to become a symbol of conservatism within Japan. We are making jeans that both respect the traditions of the classic garment and are aimed towards the modern consumer of the future.”

Their views on denim might be a bit much, too new age-y, or philosophical. I see it as self-aware, sincere, and refreshing. If you’re going to start a denim brand today, you need to have that kind of depth of thought.

For more information on Milestone Basement, visit their website. 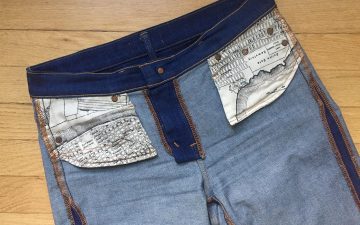 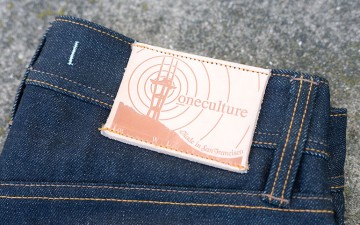 Oneculture Denim – Not Just Another Jean Brand from San Francisco 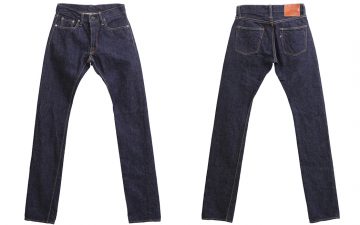