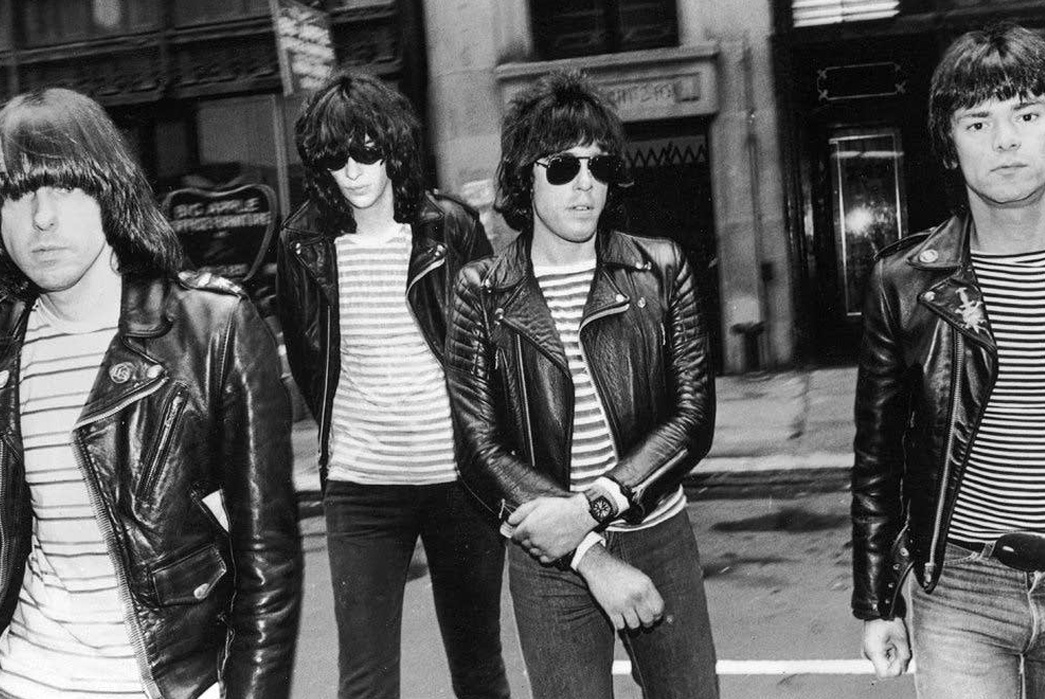 The Perfecto Perfected – A History Of The Asymmetrical Leather Jacket

When you Google the word “perfect,” you get the definition both as an adjective—”having all the required or desirable elements, qualities, or characteristics; as good as it is possible to be; absolute; complete”—and a verb—”to make (something) completely free from faults or defects, or as close to such a condition as possible.” Given those parameters, it makes sense that Irving Schott would have used the word to describe his leather masterpiece.

The History of the Perfecto 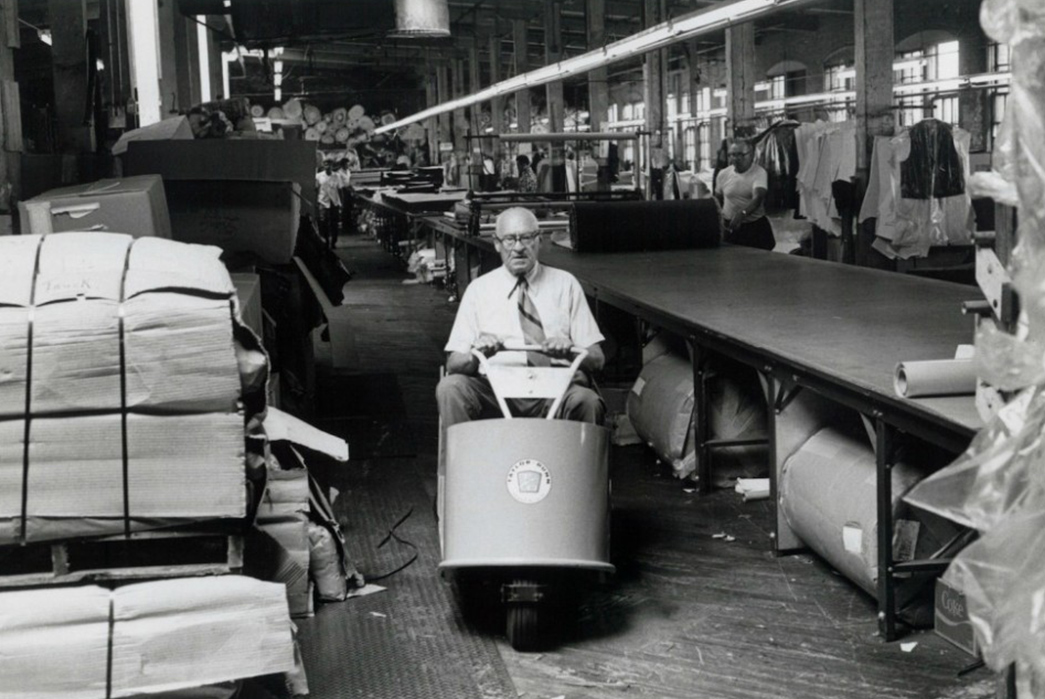 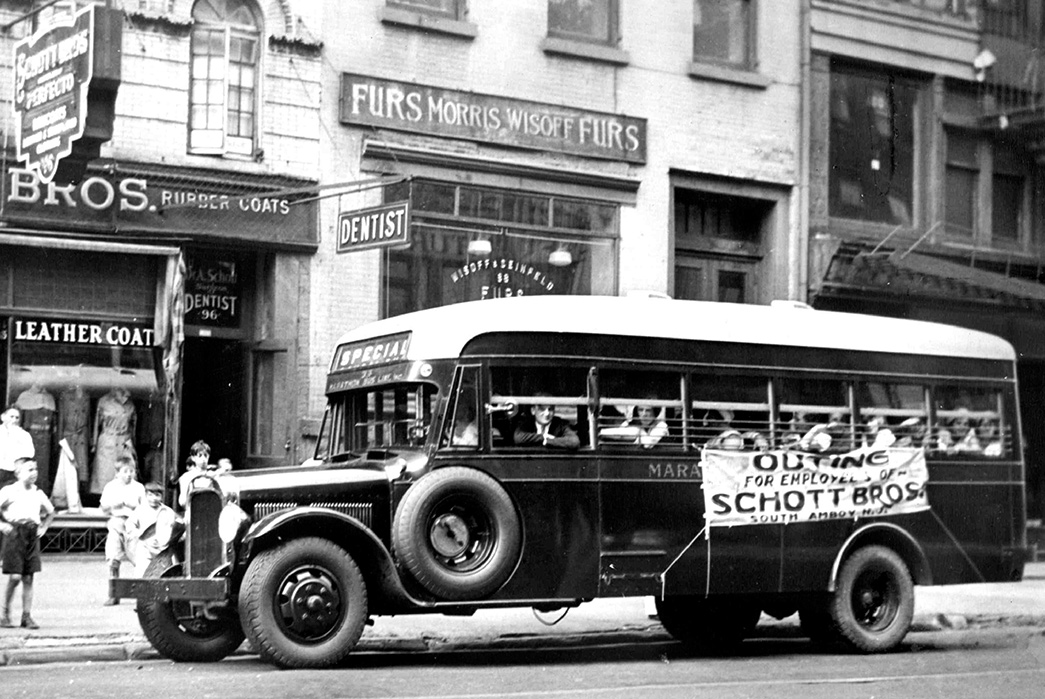 Characteristics of a Perfecto Jacket 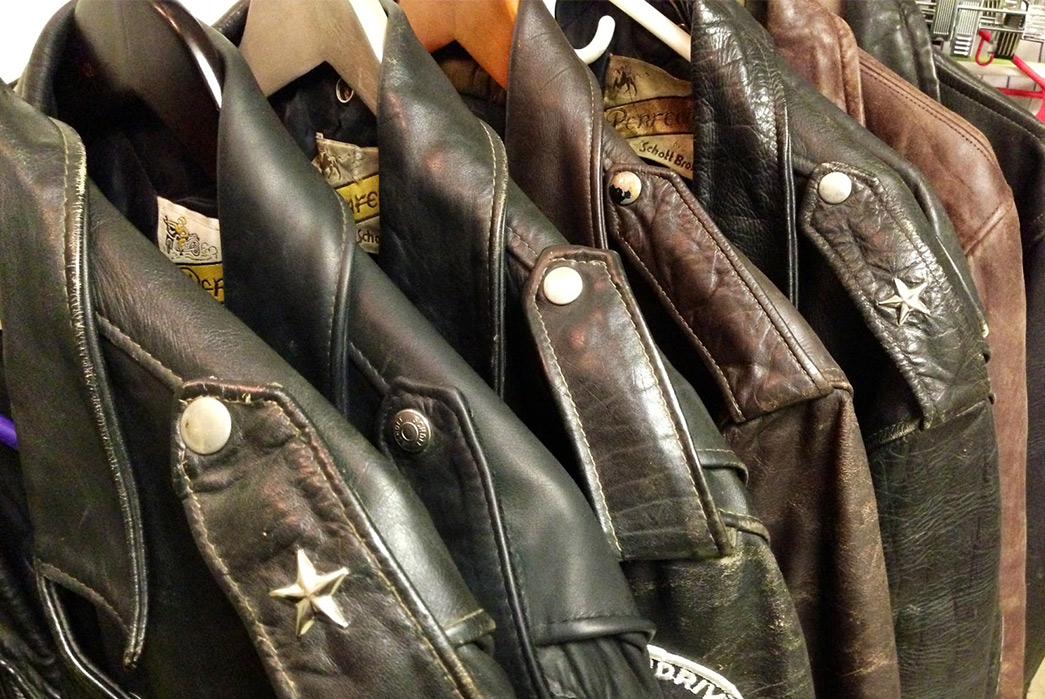 The Perfecto is from a time when form followed function, always a good idea when astride a giant V-Twin motor zooming down roads yet to be paved. Rather than zip up the middle of the front, this jacket zips off center at an angle, and over a placket so as not to let the wind in while on the bike. 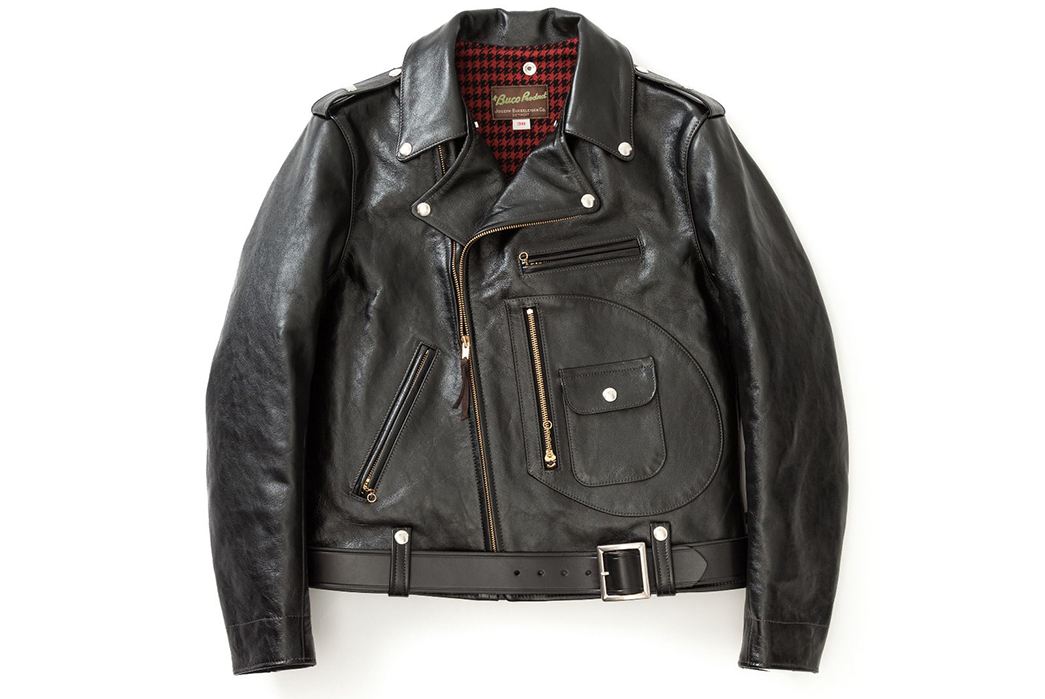 It also has what are essentially tiny “lapels” that can be unsnapped, folded and zipped up, leaving no neck or chest exposed to the elements. (The snaps also helped keep the lapels from flapping in the wind–so not cool.) The belt kept the jacket snugged tight to your waist (again, wind need not apply), and the epaulets did what they were initially designed to do, give you a place to stow your gloves when not on your hands. These weren’t fashion doo-dads, but honest to goodness features and benefits of a “working” garment.

Traditionally, there are three zipped pockets (two at the sides, one at the chest), and one snapped (initially a custom addition, then introduced as standard in the 1950s), all easily accessible while on your bike. Perhaps most importantly, the whole shebang was made from horsehide—the tight-grained, most durable-and-desireable-to-have-between-you-and-the-pavement variety of leather, both then and now. And as this article progresses, try to forget that in 1928 you could have picked up a Perfecto from a Harley-Davidson dealer for $5.50. 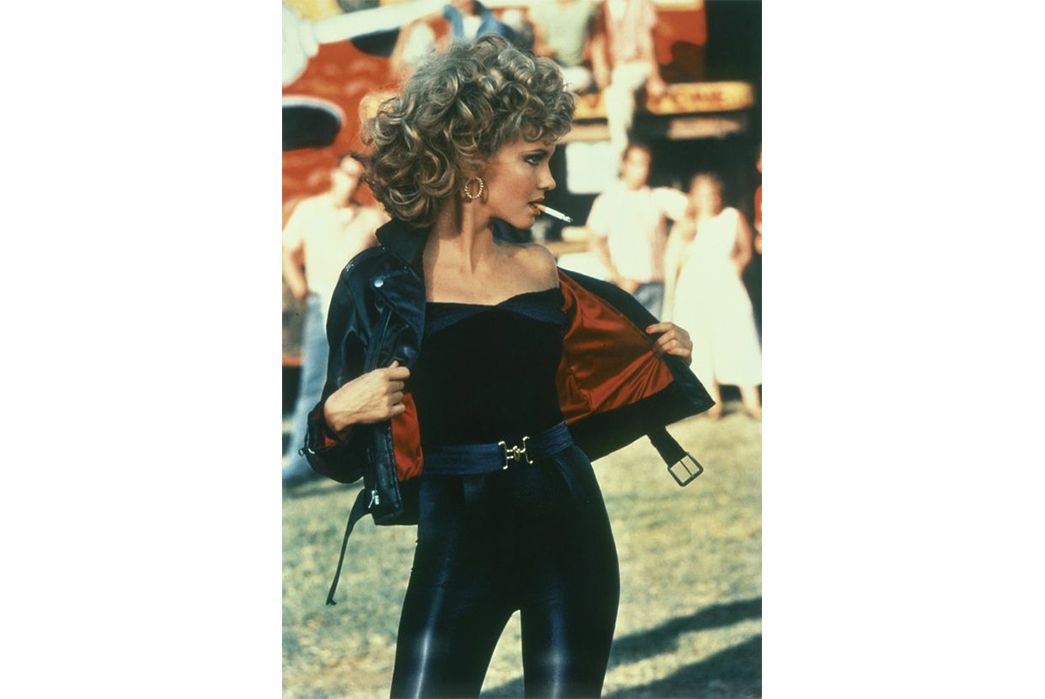 Perfecto…you’re the one that I want. 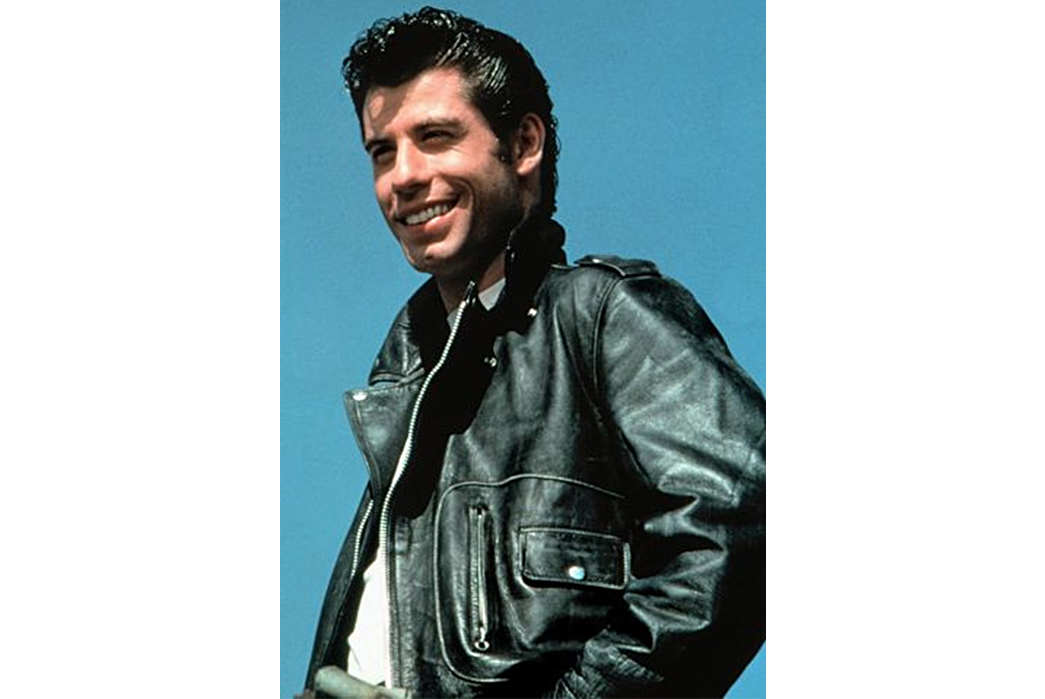 There are all sorts of little details that distinguish Perfectos from decade to decade (feel free to go down that rabbit hole on your own), but the two biggest delineations are these:

First, in the 1940s, Perfectos were given the model number 613, also know as the “One Star” due to the single star pin on each epaulet. By the 1950s, the jacket lost the stars and was issued a new model number, the 618, but remained unchanged otherwise.

Second, horsehide was the leather of choice up until the 1960s, when steerhide was introduced, followed by naked cowhide in the late 1970s. Has the quality of all the leathers decreased over the decades? Through the horsehide years, the quality remained relatively consistent, as it’s always been such a demanding/costly tanning process (see our exploration of shell cordovan here), but once that leather was swapped out, most agree that, decade by decade, the quality has deteriorated some. You can still get yourself a horsehide Perfecto from Schott, but it’s a special order item, with a special order price tag to match. 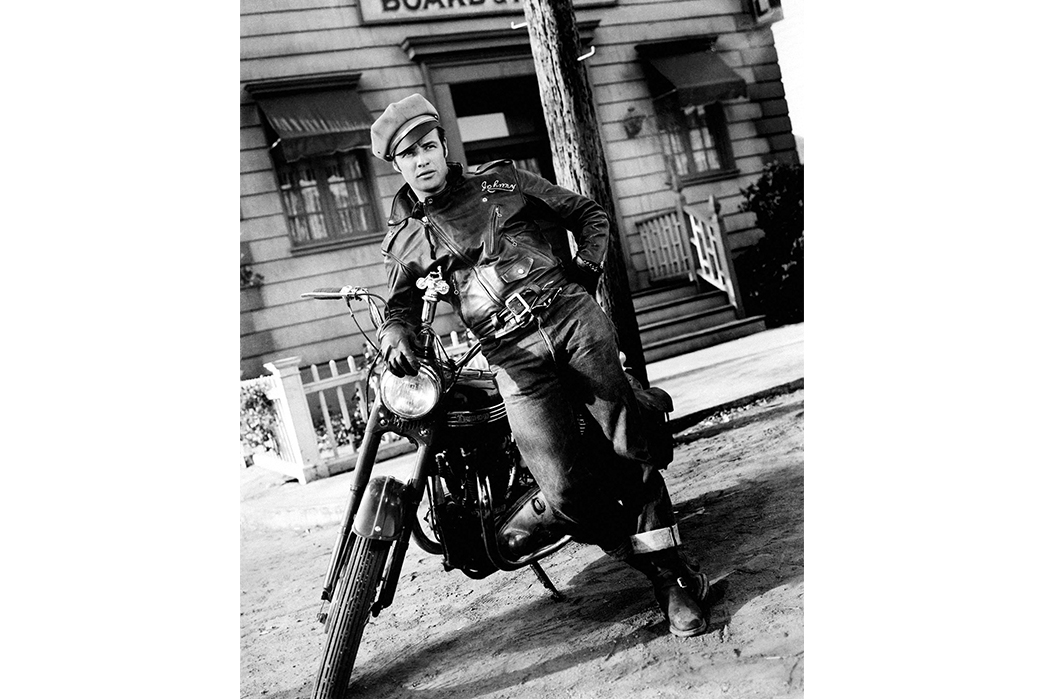 Marlon Brando in a 618 on the set of The Wild One, with aftermarket stars to make it look like a 613. 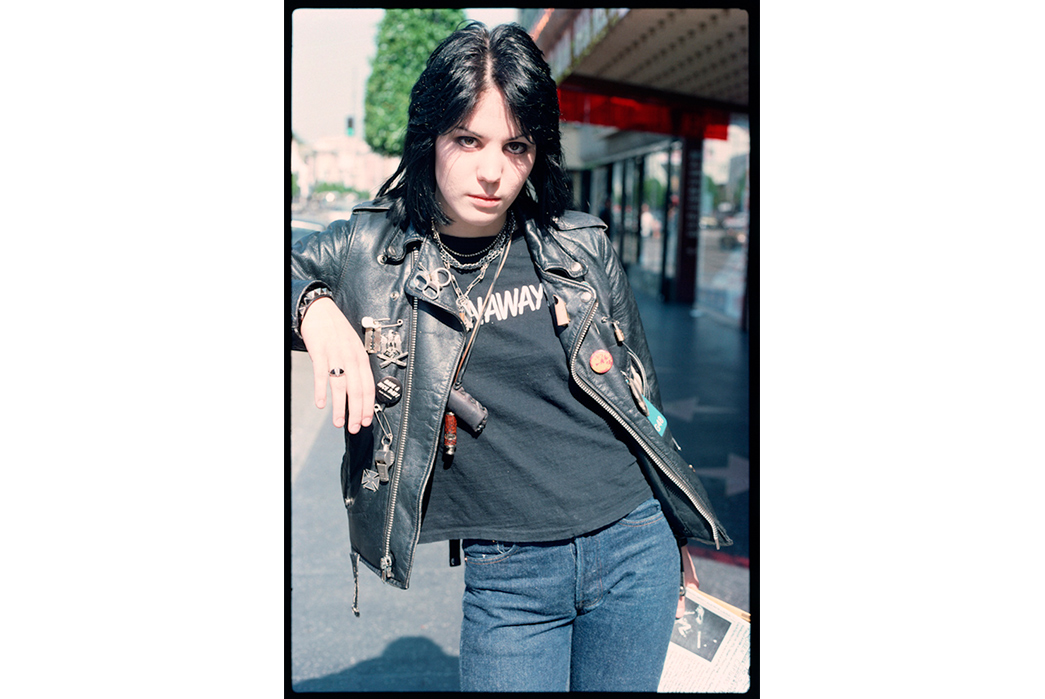 In a Perfecto, Joan Jett don’t give a damn ’bout her bad reputation

From it’s humble, half-a-saw-buck beginnings, the Perfecto has been shamelessly (and aggressively) ripped off by everyone from the Gap to Jean Paul Gaultier, and every price point in-between. 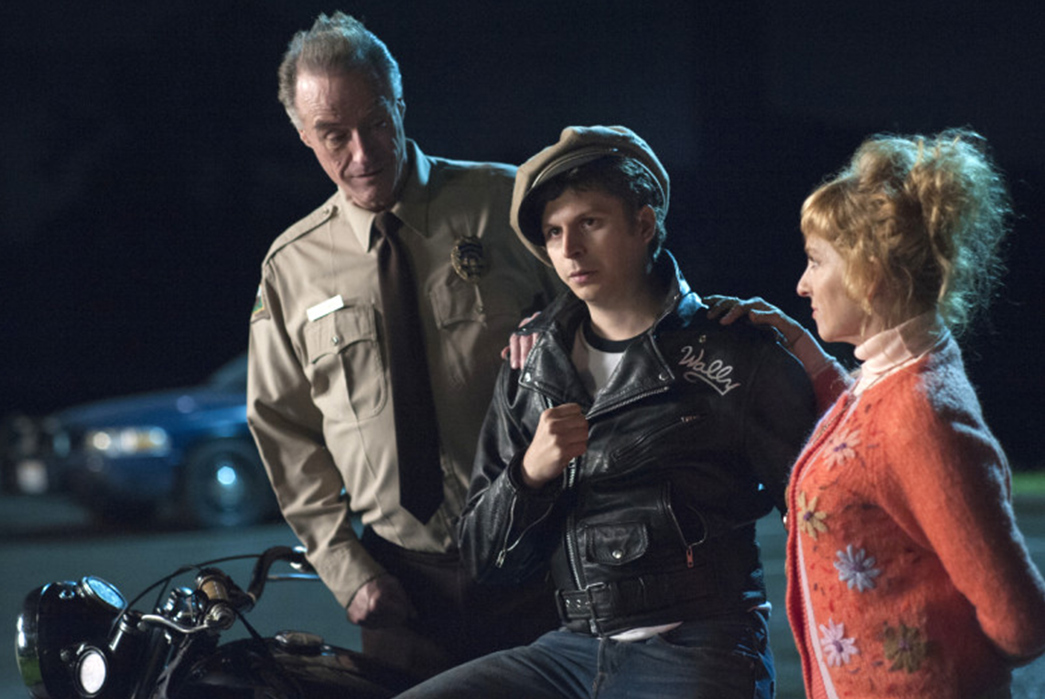 Pop-culturally, the right people naturally gravitated to the Perfecto (except for Michael Cera in the most recent season of Twin Peaks…oof), insuring that it never lost its appeal as the ultimate in conspicuously cool outerwear. 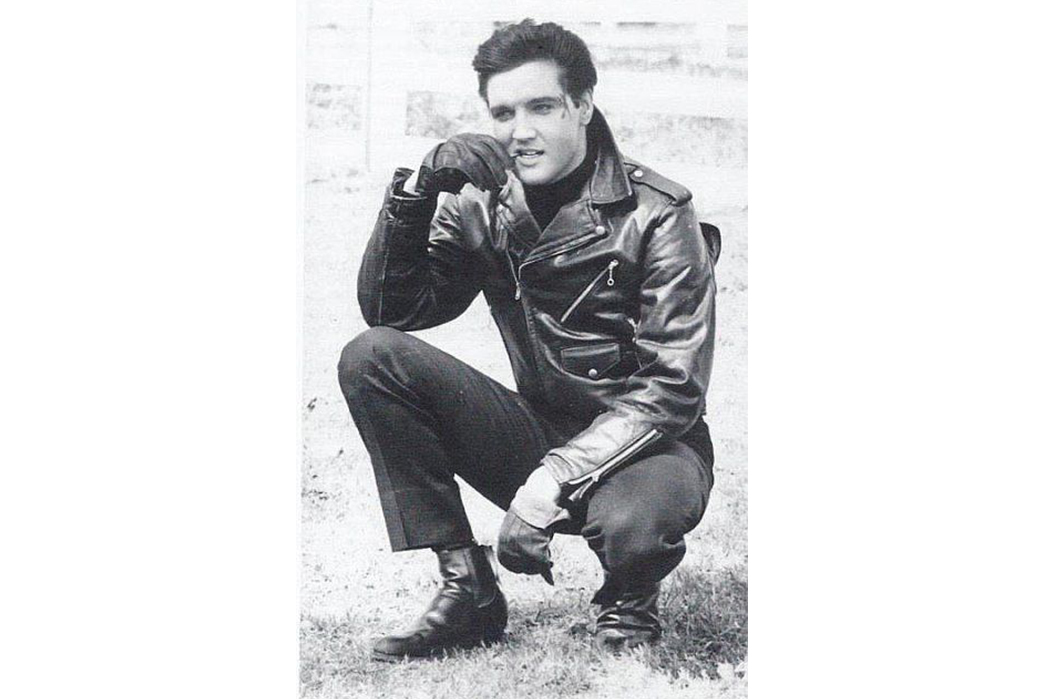 The King don’t need no belt

Some have lost the belt (both literally and figuratively), but by and large all the major style components will be found on Perfectos and Perfecto-inspired jackets today. 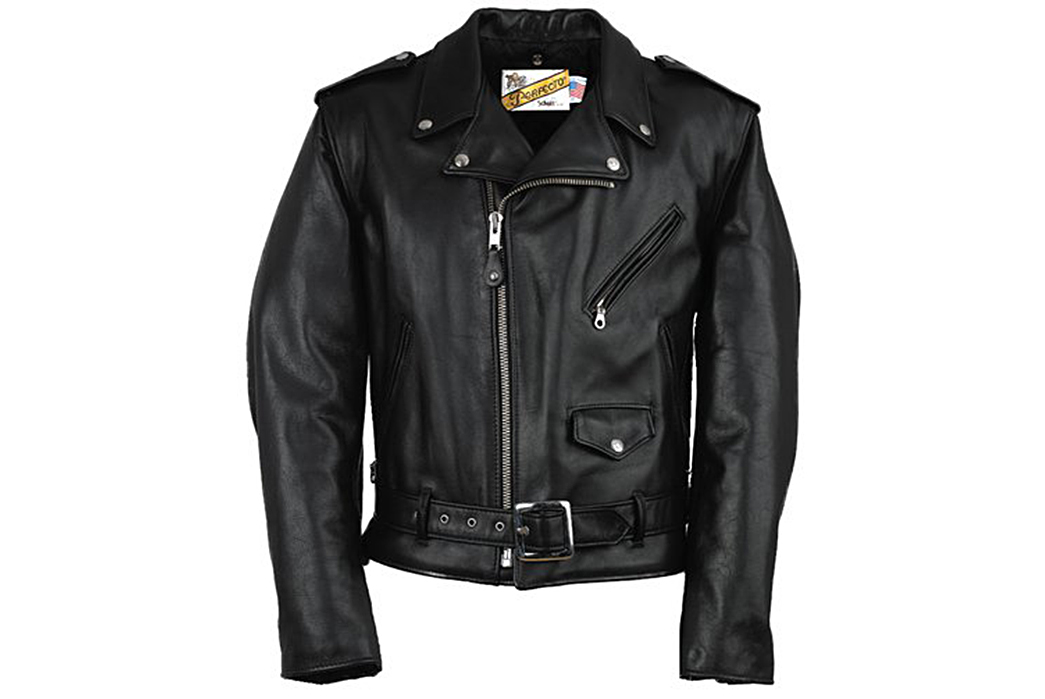 Of course, Schott NYC still makes their version (and some silly looking take-offs as well), but if you’re wanting to stick to the classic details while upping the leather quality, you might be better off buying one from another maker. (If you wanted a pair of 501-style jeans, would you buy 501s? Me neither.)

The 618 Perfecto in steerhide is available for $740 at Schott.

The Real McCoy’s makes an amazing reproduction of the old Buco (Schott competitor/emulator) J-22 in horsehide (do they make anything that’s not amazing)? 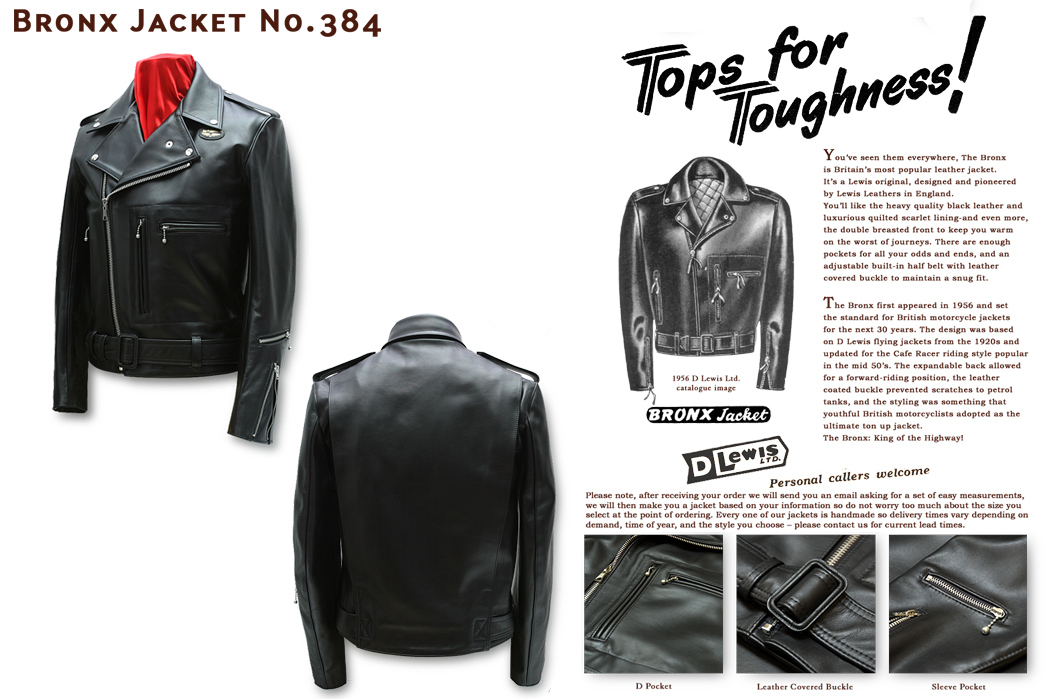 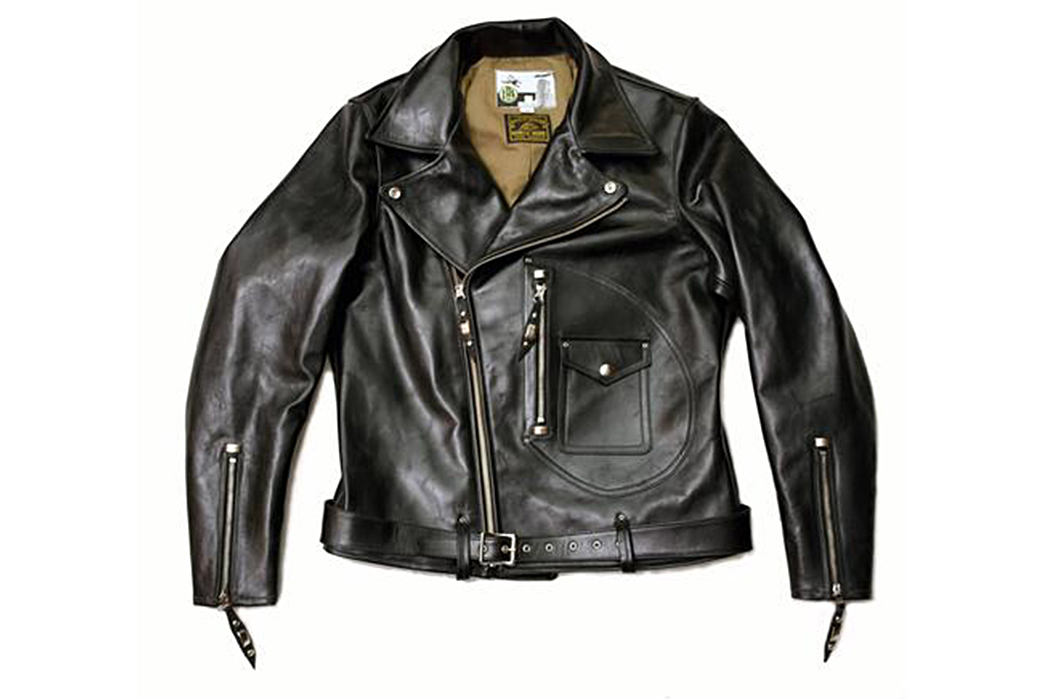 My personal favorite (I have expensive tastes) is the Himel Brothers Avro 1939 Japanese Horsehide jacket, which has a tapered belt, slightly larger lapels and is most certainly grounds for divorce. It’s available for $2,450 at Himel.

When it comes time to get your own “Perfecto,” I suggest following these two simple rules shared with me by a longtime friend/motorcyclist/owner of more leather jackets than seems reasonable:  First, and especially if you plan to actually wear the motorcycle jackets while riding a motorcycle, get the best quality jacket (and helmet) you can, and then spend whatever money you have left on the bike. And second, buy the smallest size you can get into–you may think you want some breathing room, but you really don’t.

Other than that, you really can’t go wrong…except if you’re Michael Cera (because the new Twin Peaks was unsettling enough). 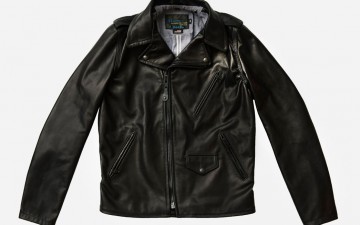 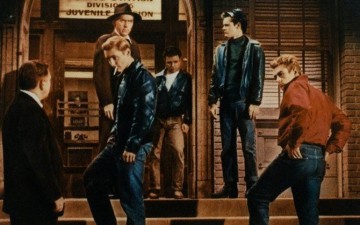 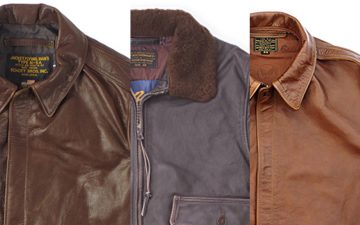 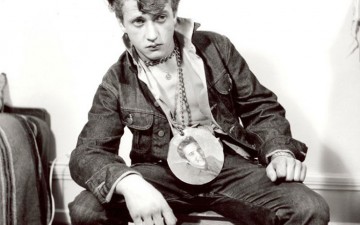