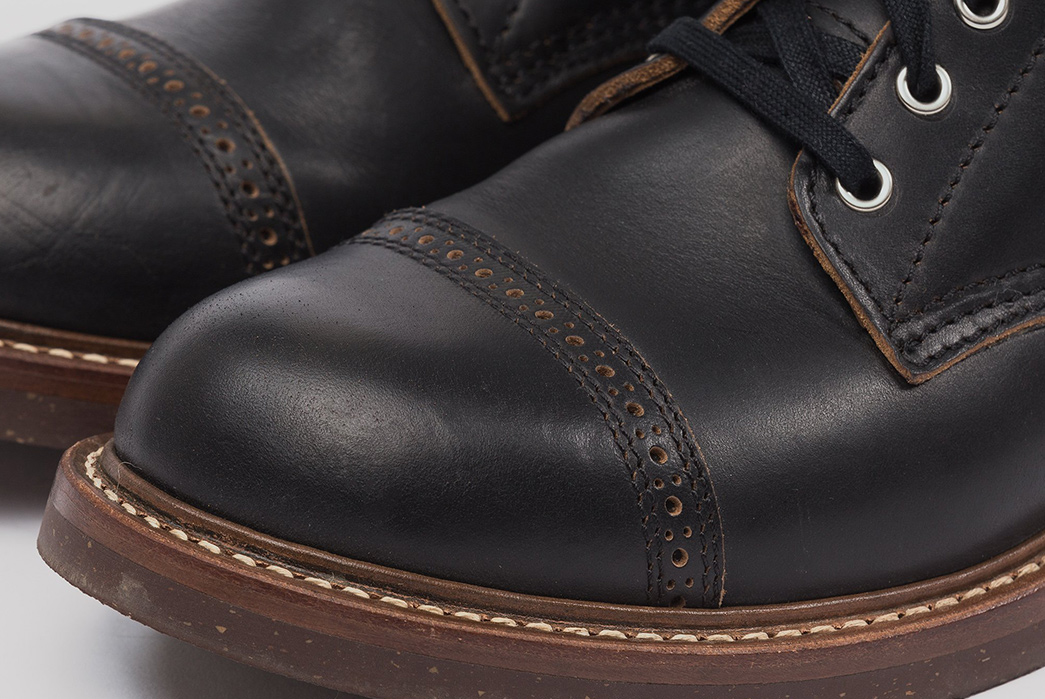 It’s tough to be a classic boot with a perforated cap toe. While some might prefer the intricacy of a fully brogued boot or the simplicity of a plain toe, the light decoration of a perforated cap toe adds just a little je ne sais quoi to the otherwise clean lines of a piece of footwear.

Below you’ll find a selection of some of our favorites; the formality levels, quality tier, and general style differ between them, so hopefully you’ll find a pair that you like. 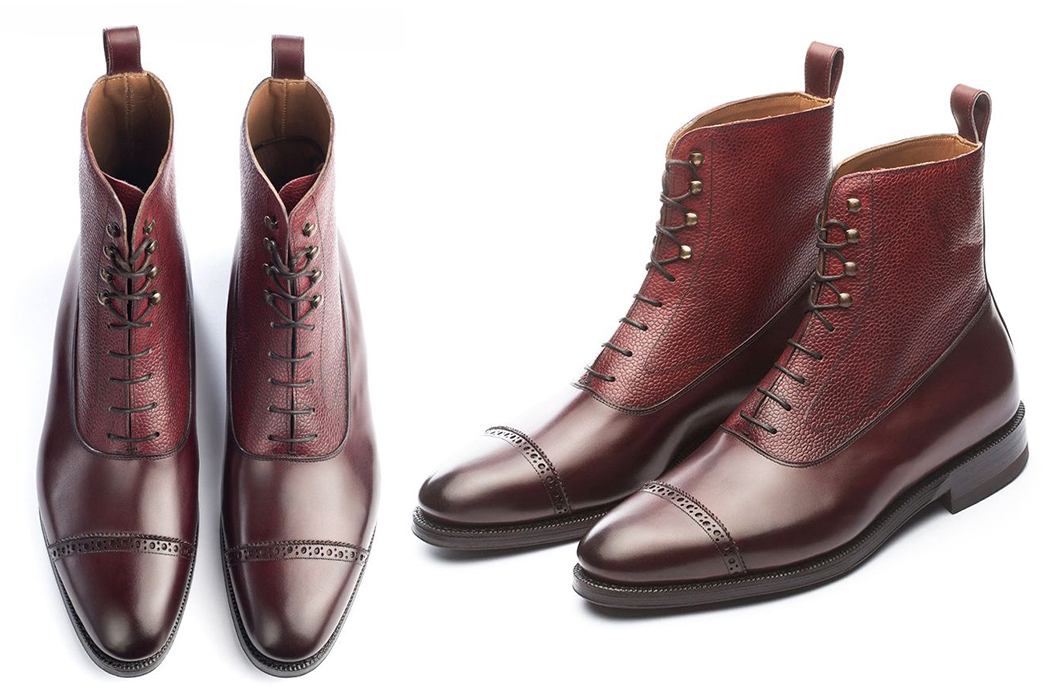 Meermin’s Balmoral Boots offer a lot of shoe for the money. While the close-laced style might be a bit too formal for the average denimhead, especially given the calfskin leather choice, the low price does make them a bit more palatable as an every-once-in-a-while boot. That said, once you get your hands on them and appreciate the soft leather and studded rubber sole you’re unlikely to want wear them only occasionally, so be prepared to invest in an entirely new wardrobe to match.

Available for $245 from Meermin in Burgundy Calf/Country Calf and Oak Antique/Brown Country Calf. 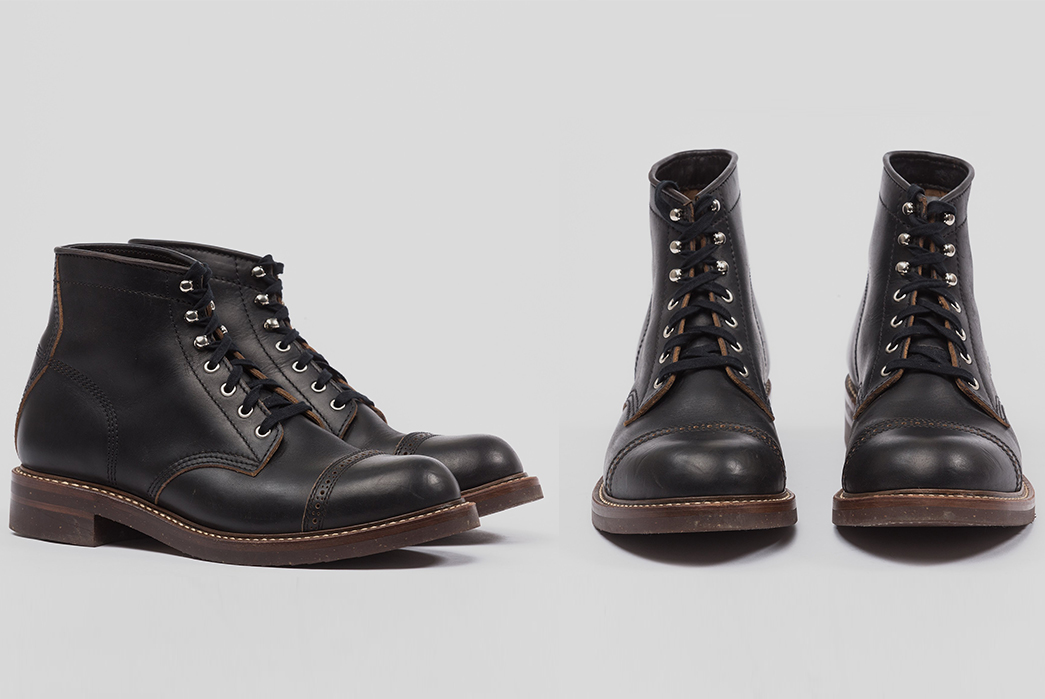 John Lofgren is a grail brand for many, and their Combat Boots certainly show why. Available in both Black and Timber Chromexcel, these boots offer just about everything you could hope for in a pair of shoes: great proportions, an understated perforated cap toe, Vibram’s retro-style 700 sole/heel combination, and some of the best made in Japan construction available. The price is certainly high, but it’s hard to deny that you’re getting something truly special for your money.

Available for $825 from Standard & Strange in Black Chromexcel and Timber Chromexcel. 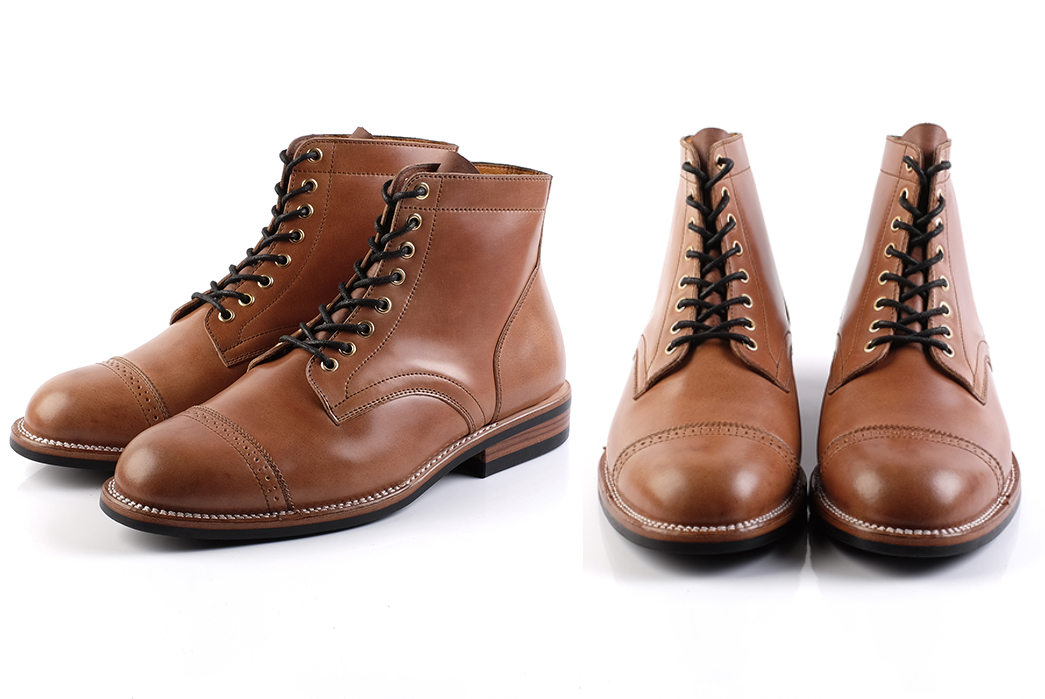 While some people lust after a particular brand of shoes other’s are far more attracted to a specific material, such as shell cordovan. And while it is a very pricey type of leather, these days it can be had at much better prices than ever before. Junkard’s SC2089 Cap Toe is made Rocado’s natural color shell cordovan using stitchdown construction, which pairs beautifully with the perforations along the cap toe. This style is paired with shiny brass eyelets, a lambskin lining, and an unfortunate made-to-order lead time (but hey, the pros definitely outweigh the cons).

Available for $475 from Junkard. 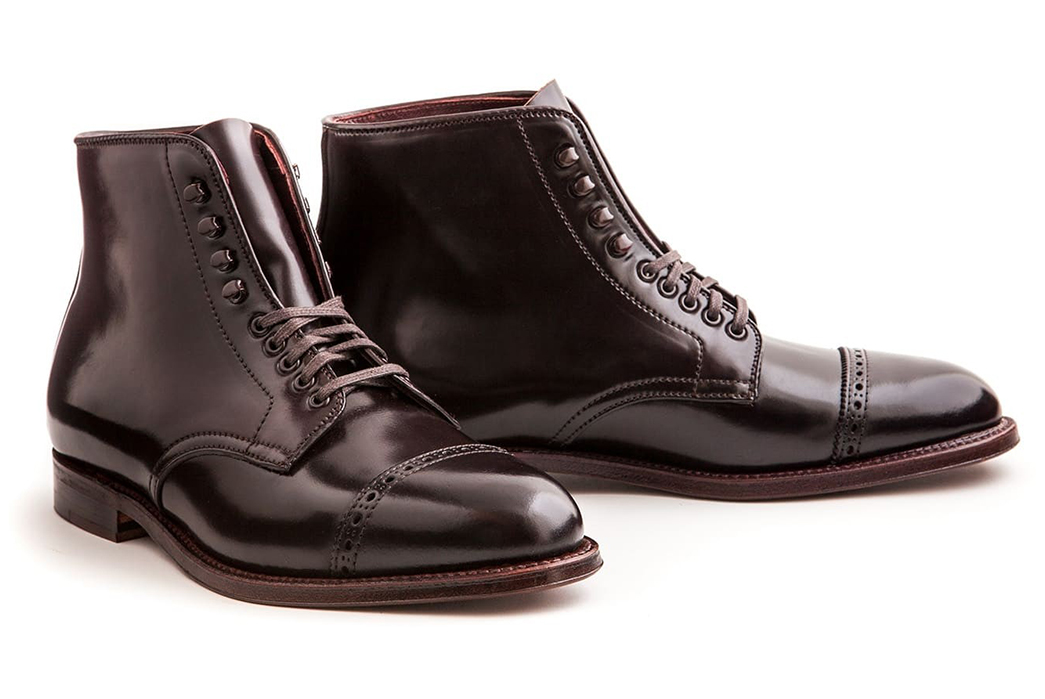 Anyone whose has been in the shoe game long enough has wanted a pair of Alden’s at one point or another, and their 10-year anniversary collaboration with Leffot might be the perfect time to fulfill that wish. This iteration of the Cooney Boot is made from Horween’s iconic color #8 shell cordovan, which is hand overdyed to its final aubergine hue by Alden. It is constructed on Alden’s Aberdeen last, a narrow (and slightly pointed) last that sees far too little use, and features a flex leather outsole.

Available for $825 from Leffot. 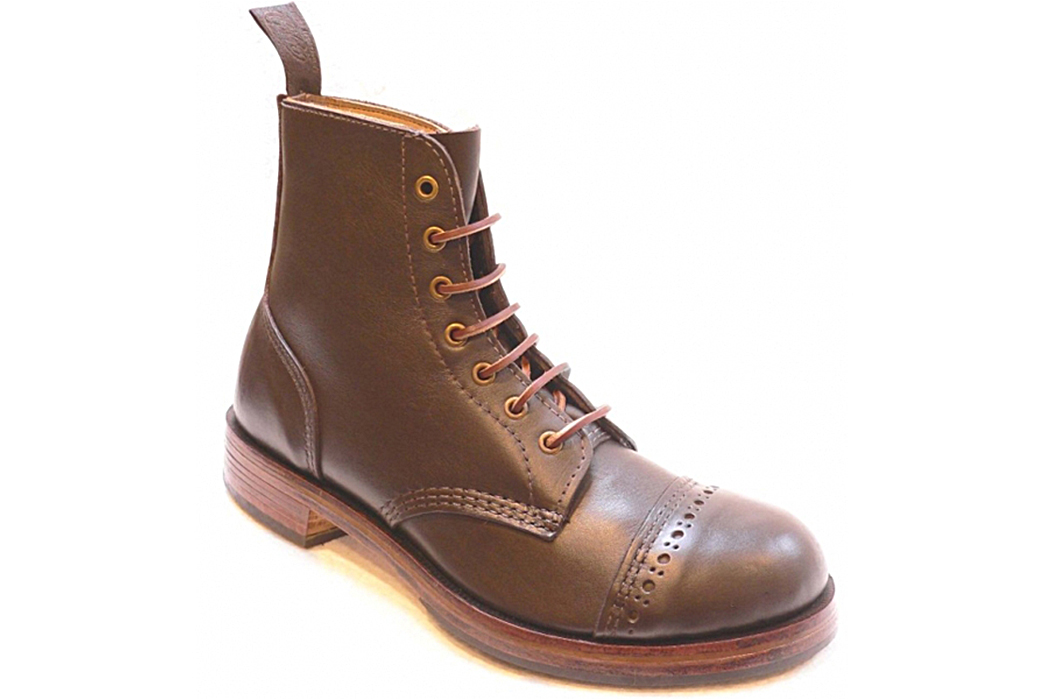 William Lennon receives far too little attention in the shoe community, especially given the fact that they’ve been around since the nineteenth century. Their 98PTC Derby boots are made brass screw construction — a durable but seldom used construction. The style of these shoes matches that of many British derby boots: bulky toe, taller than average ankle, fabric pull tab, and about as much personality as a shoe can get. 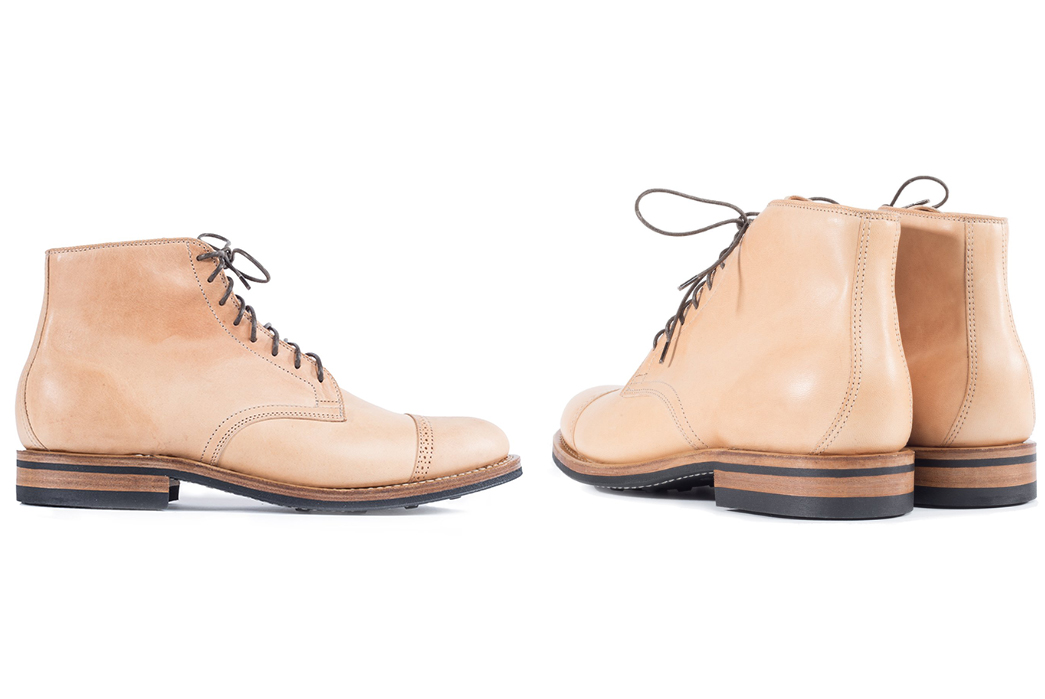 It’s been a while since Viberg graced our Plus One spot, but how could they not with their Natural Horsehide Derby Boot. This pair uses a modified version of their service boot pattern — it features just a strip down the back of the boot, no heel counter, and a full kip-leather lining. But none of that is what makes this boot truly special. What we love about it is the natural Italian horsehide used for the outer. Sure, it’s starts off light, but wear these shoes daily and before long they’ll age to a wide range of beautiful patina.

Available for $760 from Viberg. 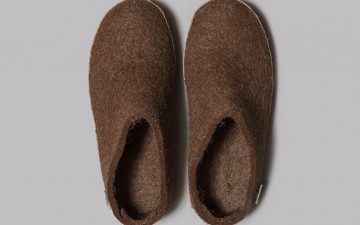 Slippers – Five Plus One 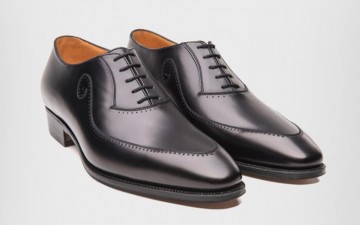 Calfskin Oxfords – Five Plus One 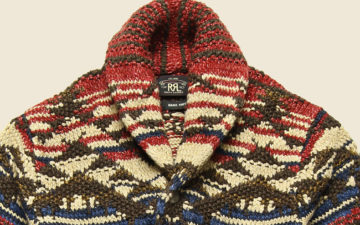 Mid-Weight Cardigans — Five Plus One 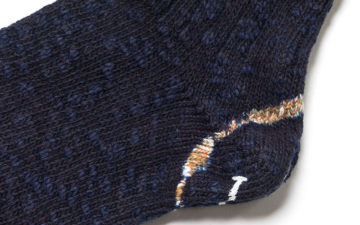 Indigo Dyed Socks – Five Plus One