Few designers have managed to navigate so many areas of the consumer market like Ralph Lauren. Conceived in the wake of Ivy League style, the Polo Ralph Lauren label has maintained a strong presence in the fashion world since 1967 through its range of timeless pieces – each charmingly simple, clean cut, and oh-so American.

While Polo Ralph Lauren is chiefly known for soft-tailored sportswear and prep, the RRL label is Ralph Lauren’s venture in the world of heritage workwear and Americana style. Focussing on creating high-quality pieces that are steeped in history, RRL is naturally centered around denim, allowing the brand to resonate with vintage lovers and the raw denim community alike.

So, if you thought Ralph Lauren was strictly oxford shirts, chinos, and embroidered polo horsemen, allow us to enlighten you with our rundown on RRL.

Ralph Lauren and his wife, Ricky, at their Colorado Ranch via Selvedge Yard

The beginnings of RRL (pronounced ‘Double RL’) are somewhat enigmatic, but it is generally believed that the brand formed after Ralph Lauren (the man) purchased a ranch in Colorado in the late 1980s.

Nestled in over 15,000 acres of land, the ranch was bought as an escape, but it’s rural locale soon inspired Lauren to explore the worlds of western workwear and vintage Americana. Before long, Ralph Lauren manifested these new influences with a new sub-label to his Polo mainline, named Polo Country.

This new label was not only influenced by the American West but also from the British countryside lifestyle, prompting the use of waxed cotton and tweed in addition to the heavily washed denim and bold in the Polo Country collections of the late 80s and early 90s.

This was not the first time that Ralph Lauren had explored such aesthetics – the Polo Ralph Lauren ‘Santa Fe’ collection of the early 1980s featured much of the same textures, fabrics, and patterns – but the continual use of these Americana and outdoor influences in the Polo Country collections cements the label as the predecessor to RRL.

Polo Sante Fe collection of the early 1980’s via Pinterest

In 1993, Ralph Lauren created a completely separate brand to channel his Americana-inspired clothing, and thus, RRL was born. But this re-branding came with a new concept. With the untamed American countryside of his idyllic Colorado ranch as his stimulus, Ralph Lauren looked to the workwear worn by the gold rush miners and ranch hands of the mid- to late-1800s as well as the military garb of the American Civil War and World Wars, to inspire his new label.

As a result, RRL encapsulated the heritage of the American West. Leather boots and jackets, Navajo-print blankets, and of course, blue denim – raw and distressed – were just some of the key Americana elements of the RRL world.

A RRL Store via Rope Dye.

Twenty-five years after its conception, RRL is still operating today, with eleven brick-and-mortar stores across the United States, Japan, and London, as well as a fleet of selected boutique stockists.

It is said that Ralph Lauren himself has a hand in selecting stockists, and of course, the design of the RRL stores – each praised for its unique perks and curation of carefully selected vintage product that sits harmoniously with RRL product. Heavily faded denim jackets, old woolen blankets, rusty metal work, and patina-soaked leather furniture all make for stores that can feel like a trip back in time.

RRL produces a wide range of vintage-inspired clothing, spanning from tassel-ridden suede jackets and bohemian blankets, to officer chinos and tube-knit t-shirts, and almost everything in between. The brand is committed to creating accurate reproductions by using carefully selected fabrics and hardware, and laborious construction methods. By tweaking the fits and silhouettes ever-so-slightly, RRL manages to breathe a new lease of life into these reproductions, allowing them to slot into the modern wardrobe with ease.

Images from a RRL Lookbook via Martin Mattox

If there’s one fabric that can embody American workwear, it’s blue denim, and that’s why amongst all of RRL’s heritage clothing, denim is certainly the nucleus. RRL’s East-West denim is fabric meticulously created to mirror the denim of the early 1900s.

To create this meticulous fabric, specially selected Tennessee cotton is shipped to Okayama, the denim capital of Japan, where it is rope-dyed with indigo and woven into selvedge denim on shuttle looms. After the fabric is sanforized to reduce shrinkage, the finished rolls of raw denim are then flown back to California, where it’s cut and sewn into RRL jeans and jackets. Every pair of jeans is completed with a roughout leather waist patch with an RRL brand.

Although the East-West denim is a love affair with superior quality and vintage hallmarks, much of RRL’s garment production takes place in China due to Ralph Lauren’s existing manufacturing ties with the Far East.

Constructed from the aforementioned East-West selvedge denim, the Slim Fit Selvedge Jean is one of RRL’s most popular pieces. Turning up a few times in our daily fade features, these five-pocket jeans feature a mid-to-low rise and a slim leg from the thigh down. Made in California, each pair is finished with a button fly, riveted coin pocket with RRL branding, chainstitched hems, and a roughout leather waist patch. In addition, these jeans come in three inseam-length options – a rare choice in the world of raw denim.

Available for $340 at Ralph Lauren.

Substantial knits have been present in Ralph Lauren’s Americana collections since the Polo Santa Fe line of the early 1980’s, and they have been a pivotal feature of RRL’s offerings since 1993. This Ranch Shawl Collar Cardigan is constructed from a luxurious blend of cotton, linen, wool, and cashmere, making for a durable piece of knitwear that will probably outlive its owner. Woven with a  contrasting Navajo-style pattern, this knit comes complete with a detachable belt, dual patch pockets, and metal button fastenings.

Built from lightweight Italian tan roughout leather with a contrasting calfskin collar, this jacket is one of RRL’s calling cards. Featuring the classic construction of the Levi’s Type II jacket, this piece features dual pockets at the lower torso, adjustable tabs at the waistline, and pleats that run adjacent to the button placket. The fit is short and boxy, reminiscent of the timeless workwear jackets worn by workers of the American midwest. 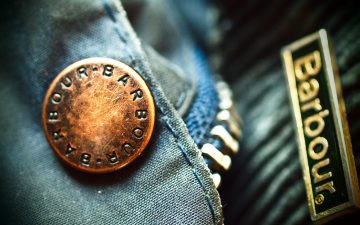 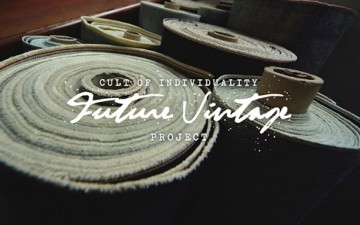 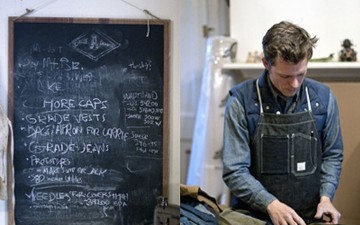 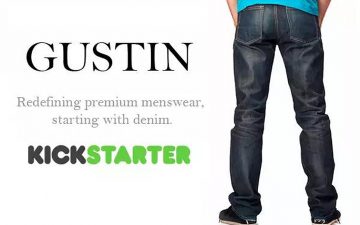