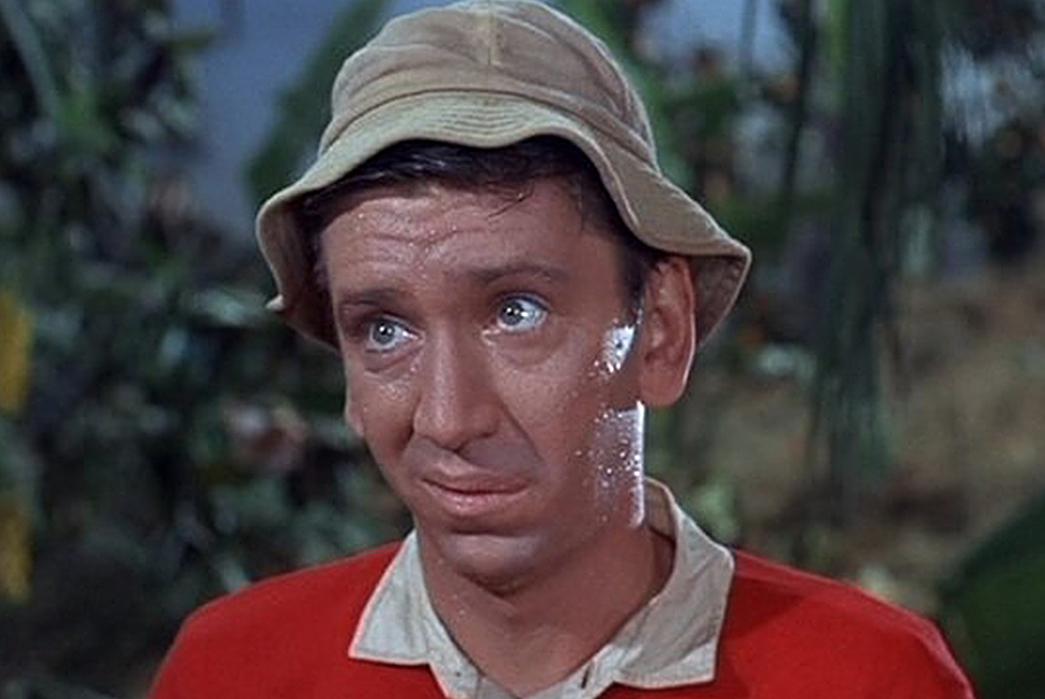 From Irish countryside walks to the wildest of raves and almost everywhere in between, the bucket hat is an accessory that has sat upon the heads of people from all walks of life for over one hundred years. Whether its form or function, there is no questioning the lasting appeal of the bucket hat and it’s presence in popular culture.

But just how did the bucket hat make the leap from a functional rambling lid to street fashion and couture?

What is a Bucket Hat?

An indigo bucket hat from Corridor NYC. Image via Unionmade.

A bucket hat is a piece of headwear with full, downward sloping brim, typically made from cotton. The crown of a bucket hat can vary in structure and size, and often features functional ventilation holes. Many wearers like to fold the brim upwards to change the aesthetic of the bucket hat, and this is dictated bythe rigidity of the brim which can vary with different styles.

Beginnings of the Bucket Hat 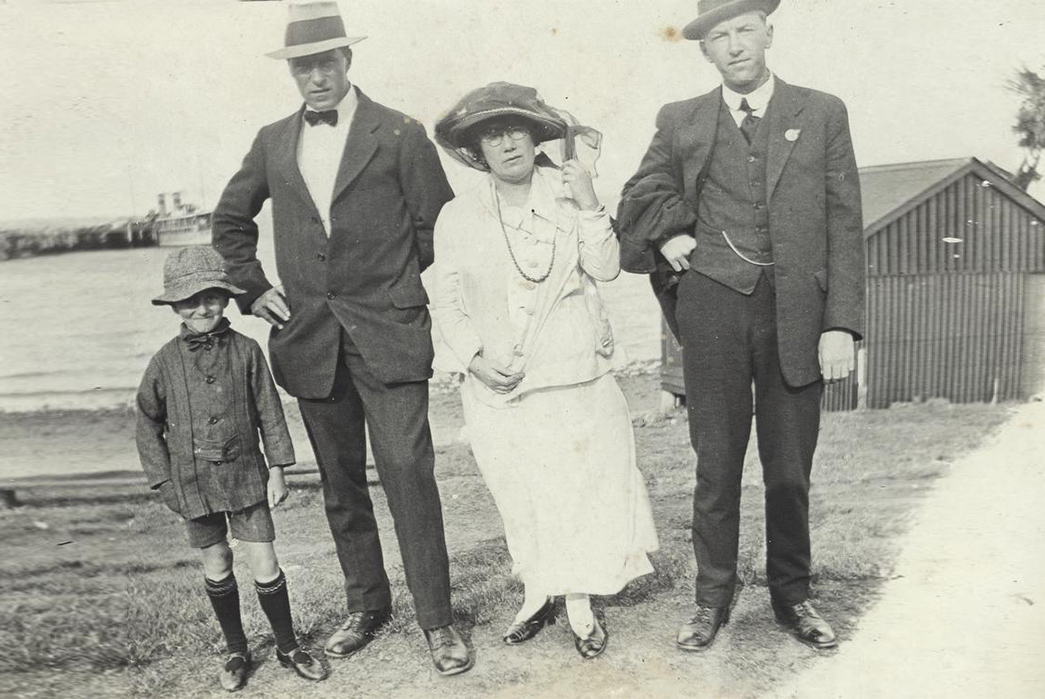 An Australian child wearing a tweed bucket hat in 1917. Image via State Library of Queensland.

The bucket hat first appeared in the early twentieth century Ireland as a functional piece of headwear for outdoorsmen. Originally constructed from durable wool or tweed cloth, Irish farmers and fishermen favored the bucket hat because of the high lanolin content in the wool which made them water-resistant. Countrymen and ramblers soon embraced the bucket hat–then known by many as the “Irish country hat”–because in addition to its water-resistant properties, it was easy to wash and store in a jacket pocket.

Bucket Hats in the Military 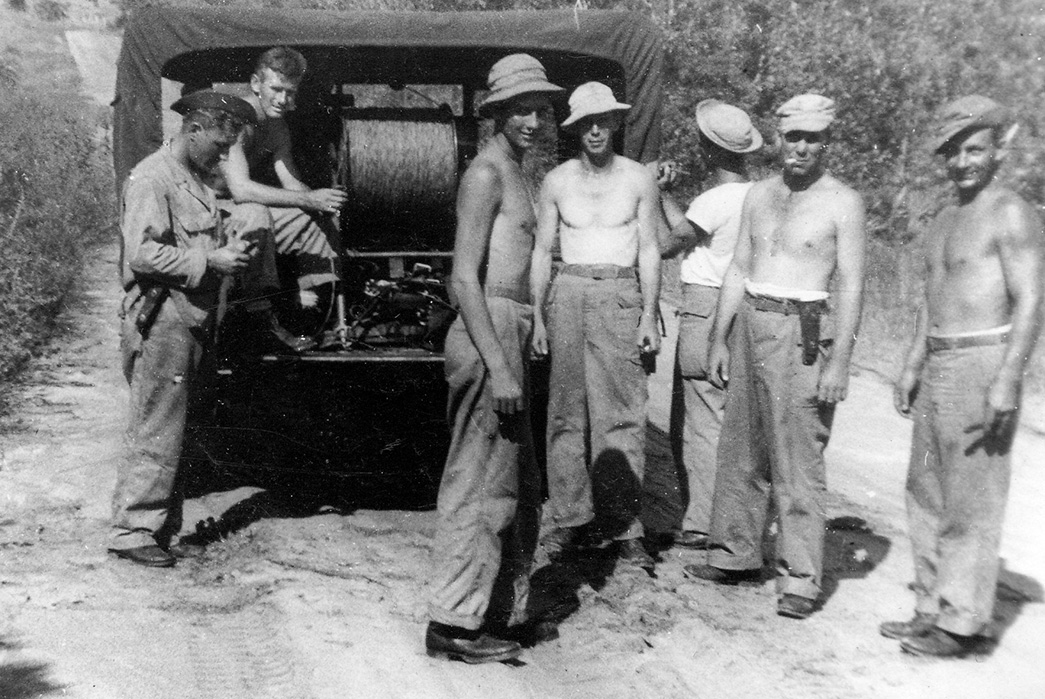 The practical and durable qualities of the bucket hat led the U.S. military introduced the them during World War II to shield troops heads and eyes from the sun, preventing heat-related illnesses and glare while aiming firearms.

Denim and navy twill variants were issued the the U.S. Navy. Dubbed the “Daisy Mae”, these bucket hats featured a regular size crown with an extended  brim for heightened functionality in monsoon season. The forties also saw the Israelis armed forces utilize a soft crowned hat with wide brim similar to the Daisy Mae. 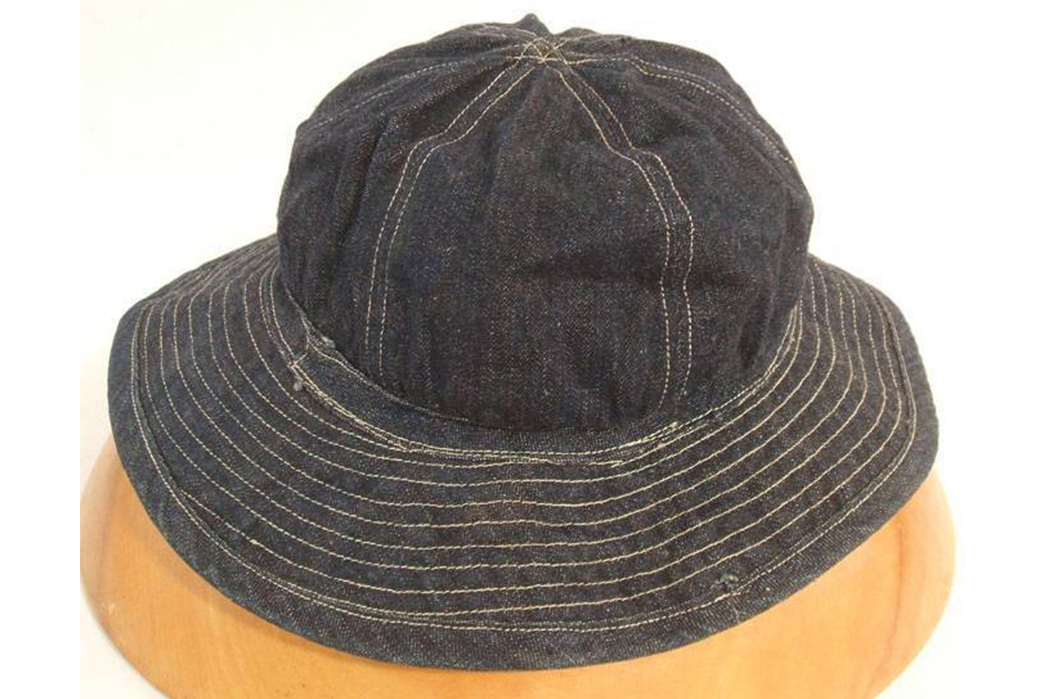 A vintage denim Daisy Mae from WWII. Image via Pinterest.

The bucket hat received a slight makeover in the sixties, leading the U.S. military to introduce the “Boonie Hat” during the Vietnam War. Also known as a “Giggle Hat”, the boonie was Initially issued to the Green Berets special forces, but it was soon adopted by other units and even soldiers of the Army of the Republic of Vietnam.

The Boonie is highly similar to the bucket hat, with the main differences being a flatter crown, stiffer brim, and the inclusion of extra features such as loops of fabric “branch loops” round the crown which were designed to hold leaves and shrubbery that could serve as camouflage. Troops would often salvage old camouflage and sew it onto their boonie hats. 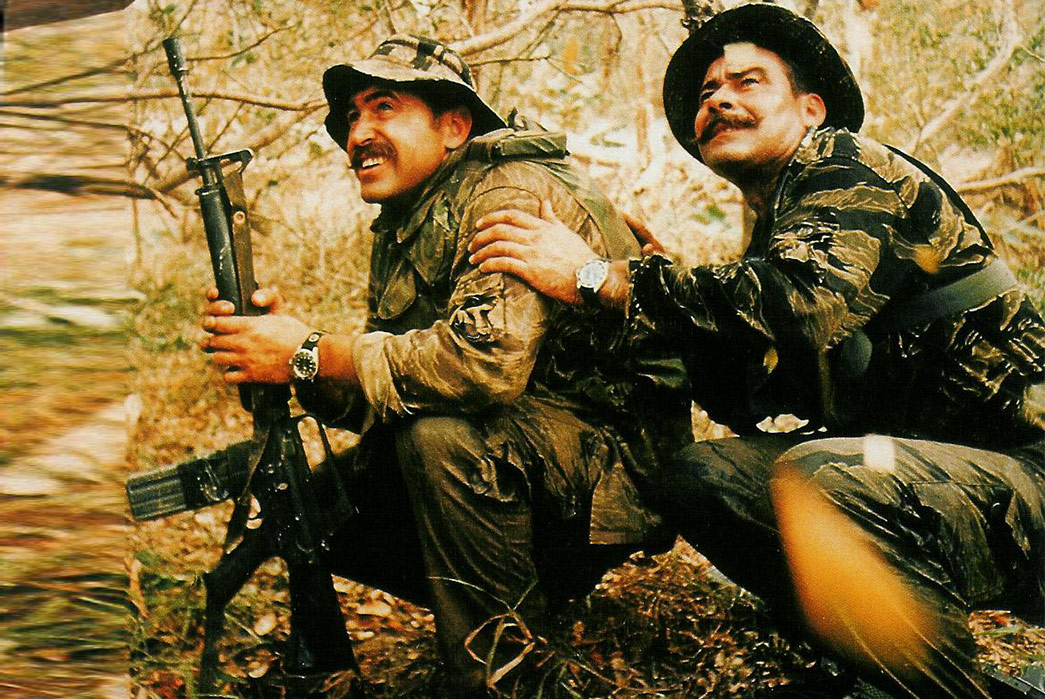 By 1967 , the U.S. army were issuing boonie hats as a standard. These hats were constructed from a wind-resistant cotton poplin, complete with a concealed mosquito net. These boonies typically came in generic olive drab or camouflage prints such tiger stripe. 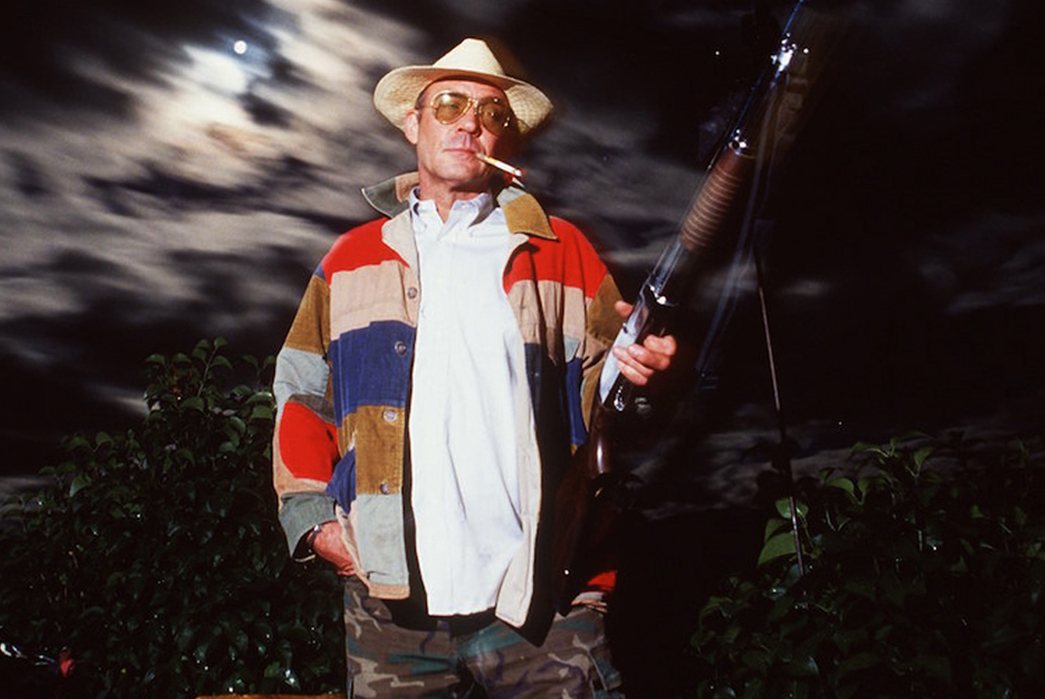 Just like so many classic garments and accessories, the military use of the bucket hat saw this piece of utilitarian headwear influence the world of fashion. By the mid-sixties, bucket hats had been embraced by civilians and celebrities alike. Bob Denver’s character in the mid-sixties sitcom “Giligan’s Island” famously sported a khaki bucket hat throughout the series, and the esteemed American journalist and author, Hunter S. Thompson became known for regularly rocking a white cotton bucket hat.

The sixties also saw ladies of the Mod subculture wear adaptations of the bucket hat that featured much longer brims, and elongated crowns to house their bouffant hairstyles. 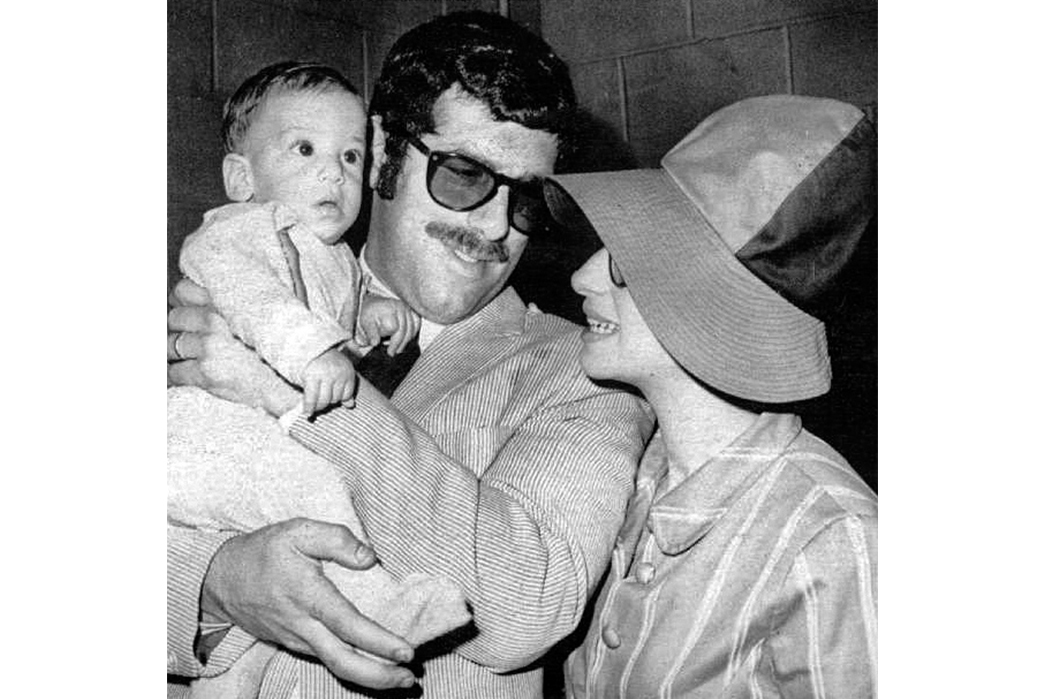 Barbara Streisand with Eliott Gould wearing a bucket hat in 1967. Image via eBay.

The eighties and nineties saw the bucket hat gain popularity through the cultural movements of hip hop in the United States, and raving in the United Kingdom. By this point, many sportswear labels produced bucket hats, and famous rappers such Sugar Hill Gang’s Big Hank, LL Cool J, and Run DMC championed buckets by labels such as Adidas and Kangol. This urban connection resonated with the ever-growing rave scene in England, leading bucket hats to become almost synonymous with the Rave, Drum N Bass, and Jungle movements. 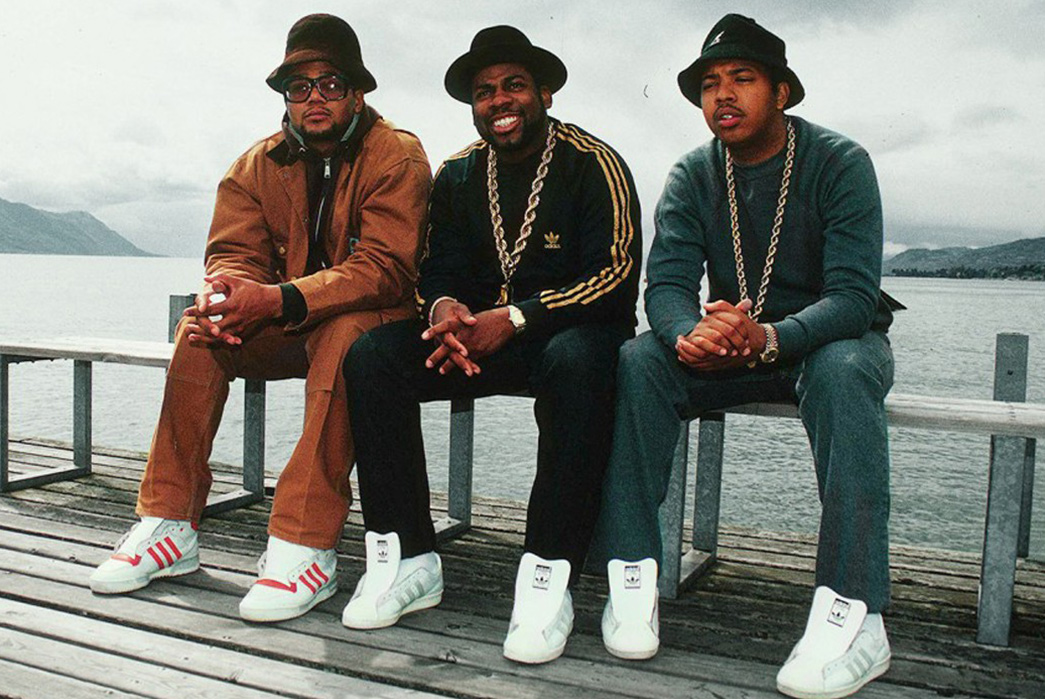 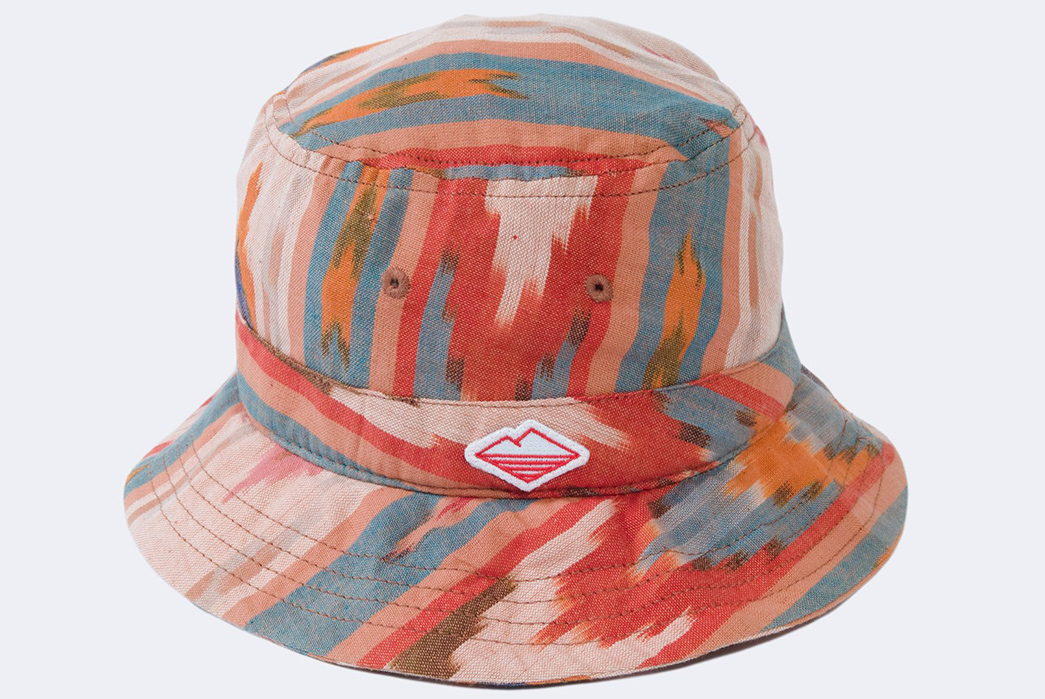 An Ikat bucket hat from Battenwear.

Bucket hats are still widely produced today and boonie hats are still issued and worn by armed forces across the globe. In terms of fashion, bucket hats have gained more and more popularity in recent years in line with the revival of eighties and nineties sportswear. They also have a strong presence in rap and streetwear culture, with brands such as Stussy, Supreme, and W)Taps producing bucket hats and boonies in many of their spring/summer collections. Japanese label OrSlow have even produced a reproduction of the forties military Daisy Mae bucket hats in a variety of fabrics. 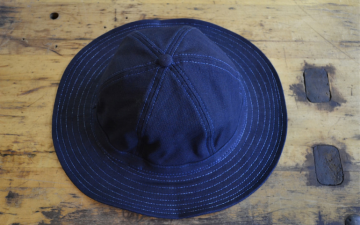 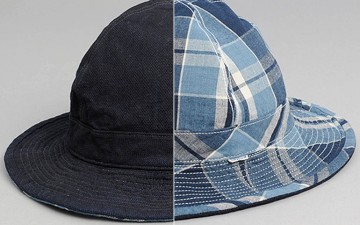 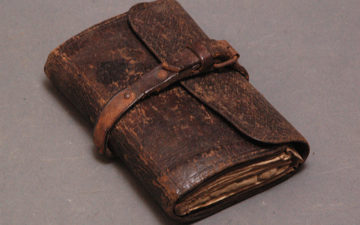 The Evolution of the Modern Wallet: From Coin Pouches to Cryptocurrency 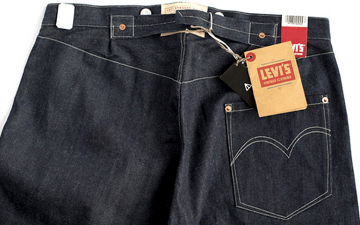 History of the Cinch: Holding Up Your Pants Since 1872