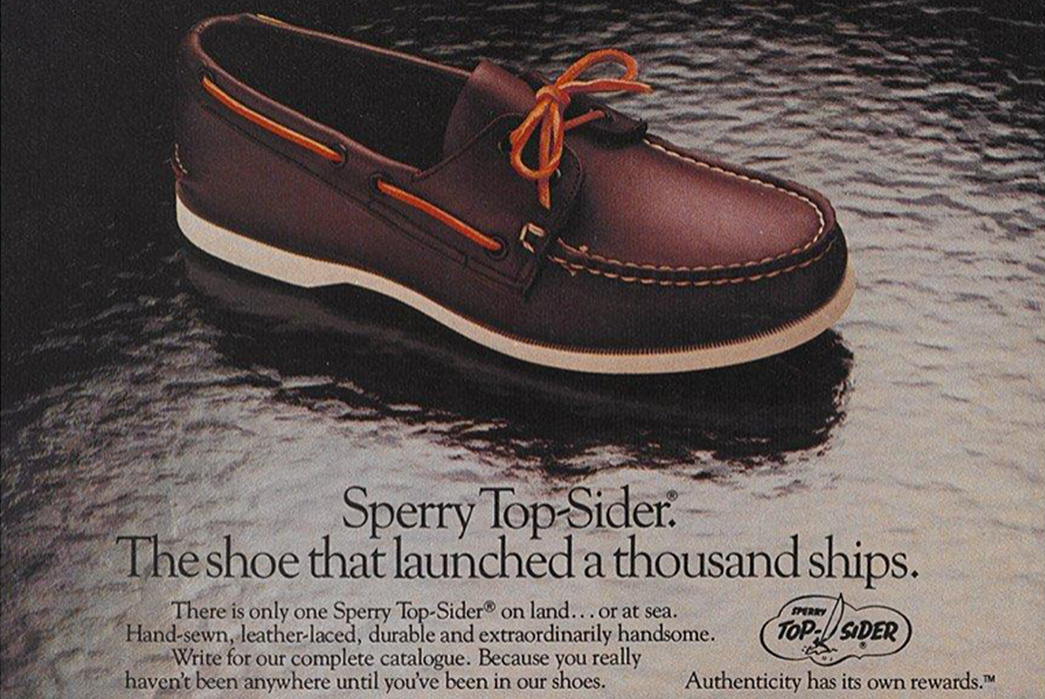 Sperry and the Siped Sole – A Precursor to the Boat Shoe

Within a few weeks of starting college on the East Coast, I’d given up my Sperry Top-Siders. Back in high school in California they’d seemed like a cool alternative to Clarks or Vans that none of my classmates had seen before. In my new home in upstate New York, they carried an association with the rich and out-of-touch.

Sperry may be a shoe designed for leisure and yachting, but its laid-back aesthetic belies its functionality. Though it’s inextricably tied to the one-percent sailing and chilling-on-boats community, the technological advancements of the Sperry Top-Sider would change the world and the way shoes were made forever. 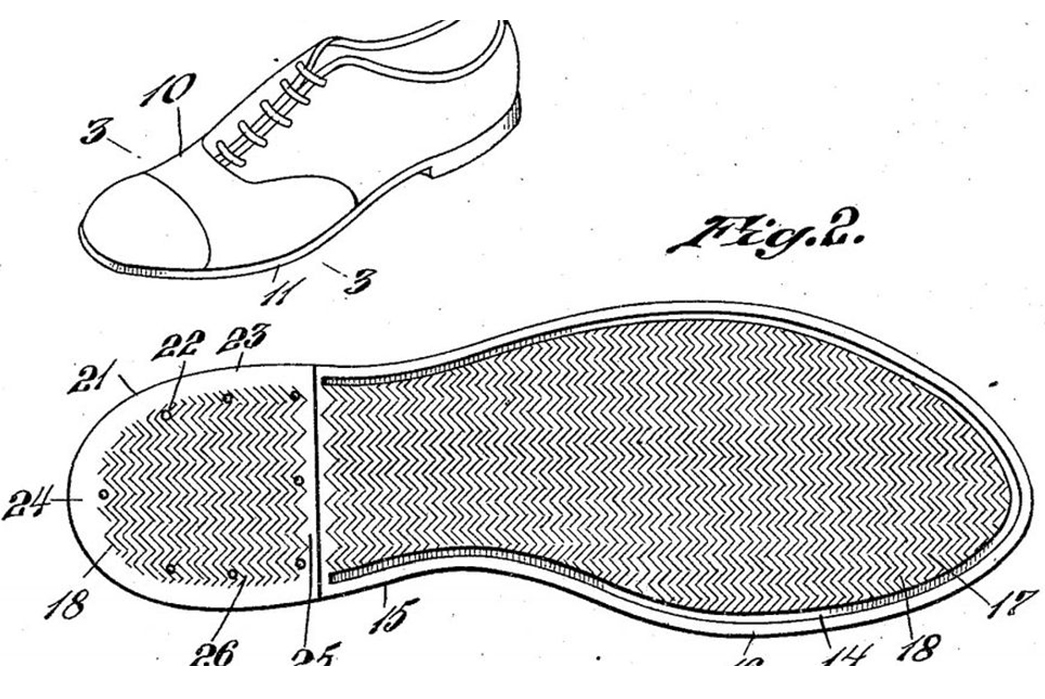 Sperry shoes as we know them today were invented by Paul A. Sperry, allegedly after he fell off his boat while sailing around the Long Island Sound. The falling-in story, while personally confirmed by Mr. Sperry, may sound a little convenient, but in the 1930s there were simply no good footwear options for sailors.

Soles of sailing shoes were either made from crepe rubber or coiled rope and neither worked quite right. Rubber slipped when wet, rope slipped when dry, and barefoot sailors frequently broke their toes. 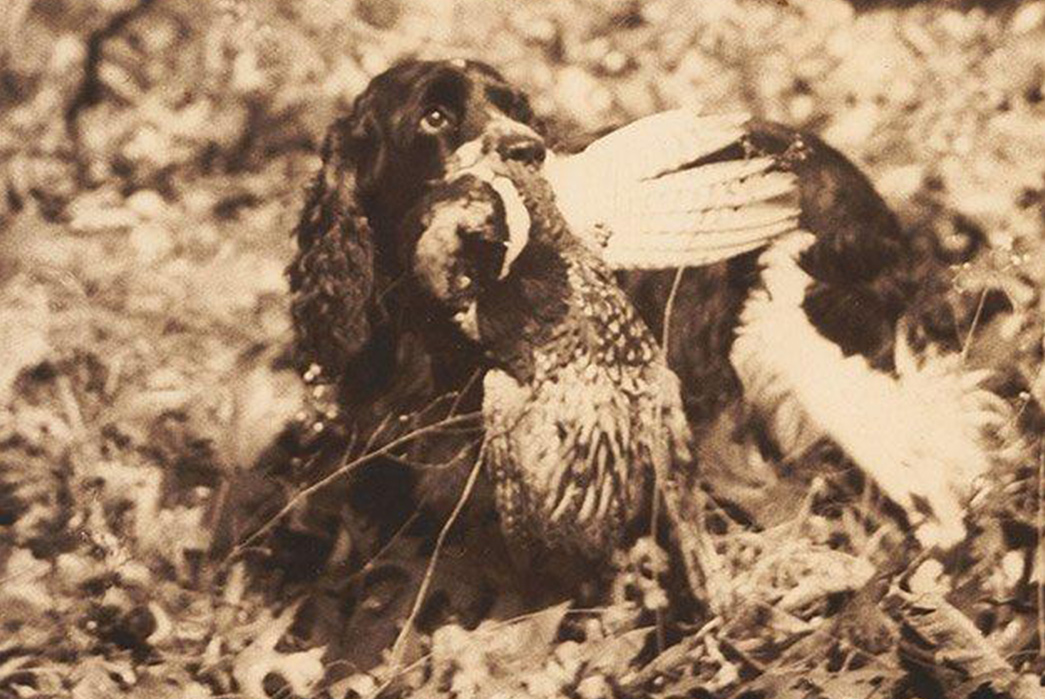 Paul Sperry not only saw a business opportunity, but felt a personal compulsion to solve this problem. Paul spent much of the winter of 1935 experimenting with different soles, but to no avail. His eureka moment came when he took his dog Prince out for a wintertime jaunt. Perry slipped and slid on icy patches, while Prince bounded across the wintry landscape with ease. A-ha!

Upon closer examination of Prince’s paws, Perry realized the tiny ridges on the pads of his feet were helping him grip even the most slippery of surfaces. So he went back to his workshop (Sperry, not the dog) and recommenced his work. 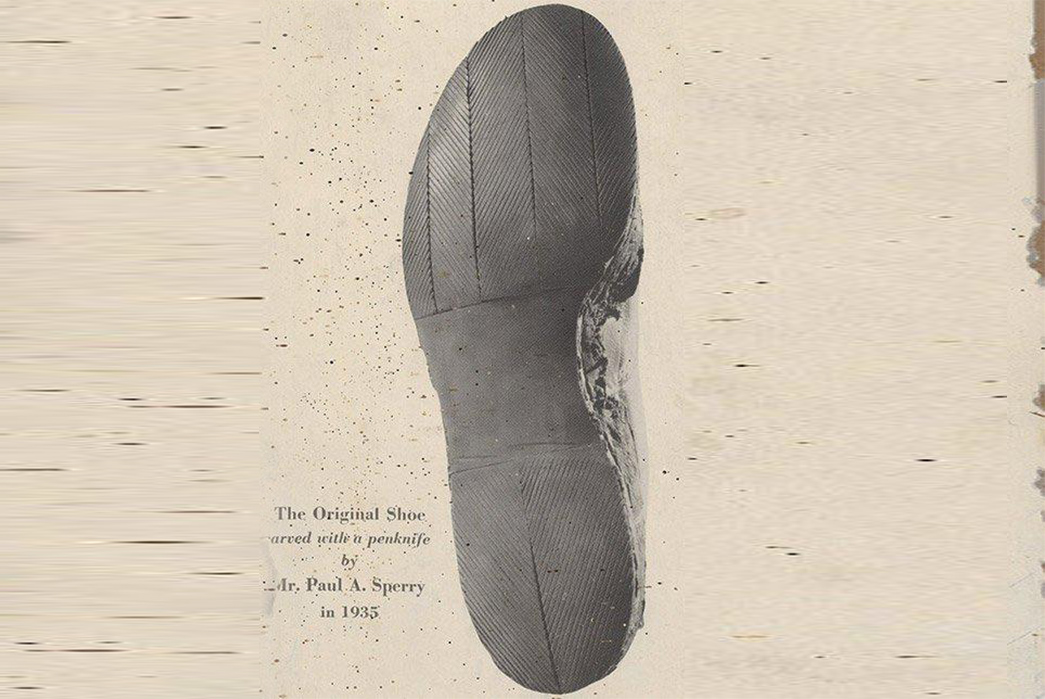 Sperry settled on diagonal slashes made with a penknife for his prototype, but once he could develop a machine, he would use the zigzag pattern seen at the beginning of the article in the patent application. 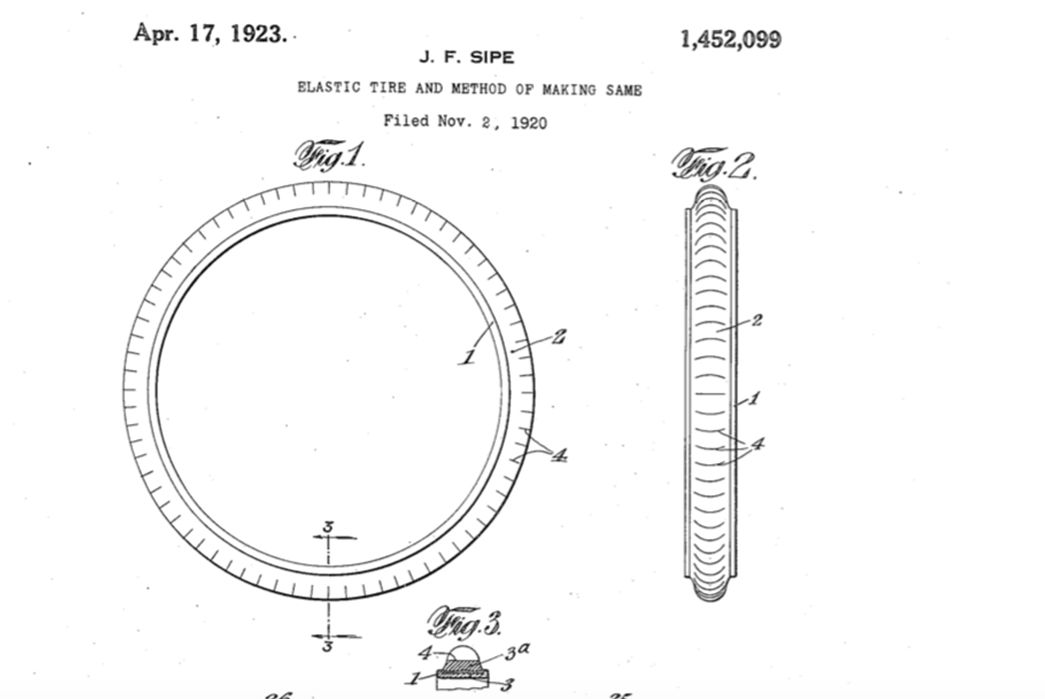 Unbeknownst to Sperry, this technology had been created and patented (albeit with tires) 15 years before in 1920. John F. Sipe, who is alternately described as a slaughterhouse worker or sailor, put notches in the soles of his shoes to maintain traction on slippery floors/decks and patented this technology for use in tires.

John Sipe applied this technology to solid rubber tires of the era with limited success, it wasn’t until pneumatic tires arrived that his son, Frank, could achieve any measure of success. Siping was fully embraced by tire manufacturers starting in the 1950s, but at present, they are only recommended for use in very snowy and icy environments. 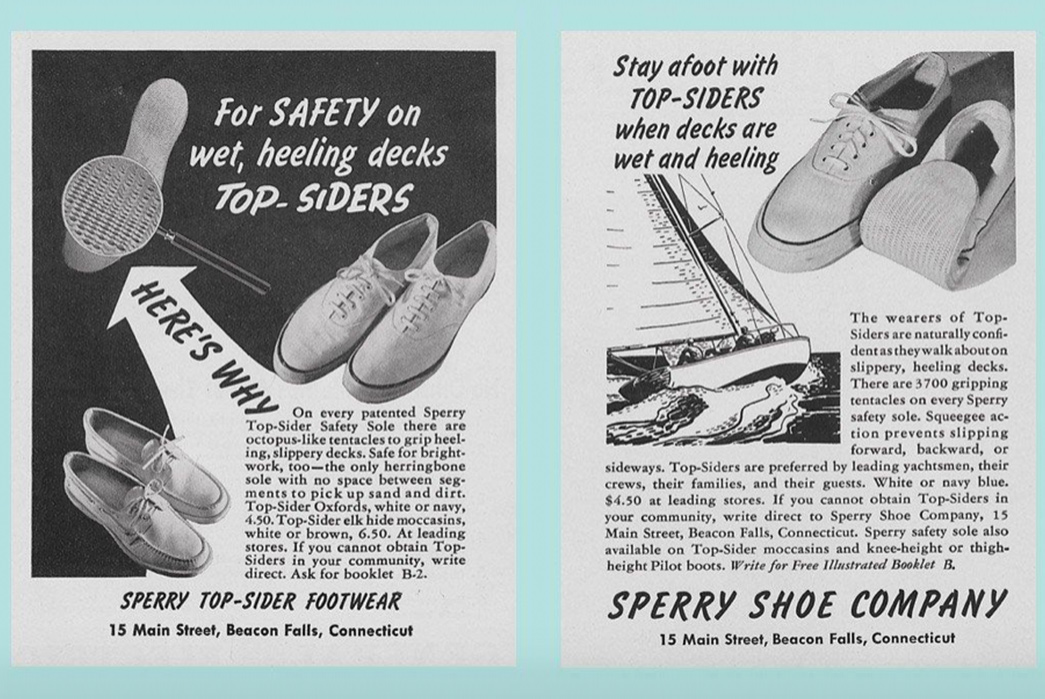 While we consider a boat shoe to be made with leather, feature a moc-toe, and laces that go all the way around the shoe; the first offering from Sperry was far more like a pair of modern Vans. Their Circular Vamp Oxford was made from a canvas upper vulcanized to Sperry’s signature sole.

Sperry began by taking mail-orders from other members of his yacht club and expanded production when Frank Howard of Abercrombie & Fitch (back when it was a serious outfitter) caught wind of these new miracle shoes. It wasn’t until 1937 that Sperry perfected what we consider the modern boat shoe: the Authentic Original or Top-Sider.

Thus the boat shoe was created. Image via Sneaker Freaker.

With the Top-Sider, Paul Sperry had created the boat shoe. Various other designers had tried over the years, but a combination of inefficient soles and subpar uppers had doomed these other ventures once they got out in the elements. He had already solved the issue of grip, but in the years of development on the Top-Sider, he also perfected a tanned leather that would be resistant to the ravages of saltwater – which can cause other leathers to break down and crumble. 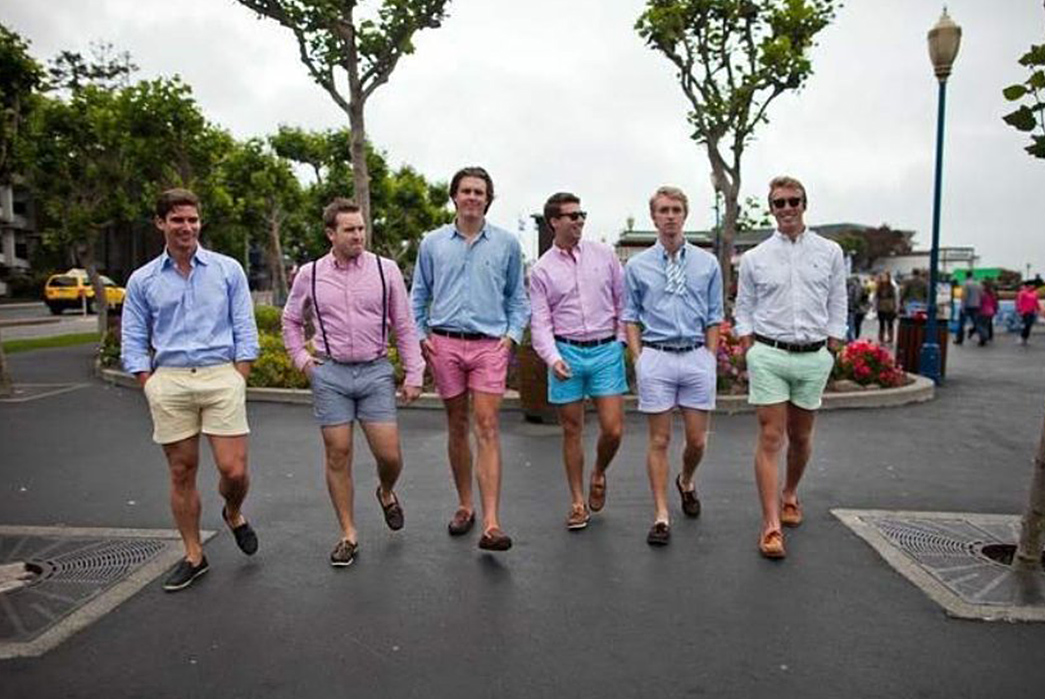 Unsurprisingly, given its yacht club origins, the Sperry Top-Sider became a favorite shoe for privileged Eastern adolescents. Wearing the shoe seems to imply boat ownership, or at least that your dad owns a boat. Though the boat shoe’s expert design and construction make it a desirable addition to the wardrobe, the classist undertones are hard to ignore.

In the 1960s, the Top-Sider became a favorite in elite universities and made up a crucial part of the Ivy uniform. When the boat shoe left the safety of the yacht clubs and hit campus, they became more publicly tied to the idea of privilege and wealth. Lisa Birnbach’s satirical book The Official Preppy Handbook was the nail in the boat shoe’s coffin. 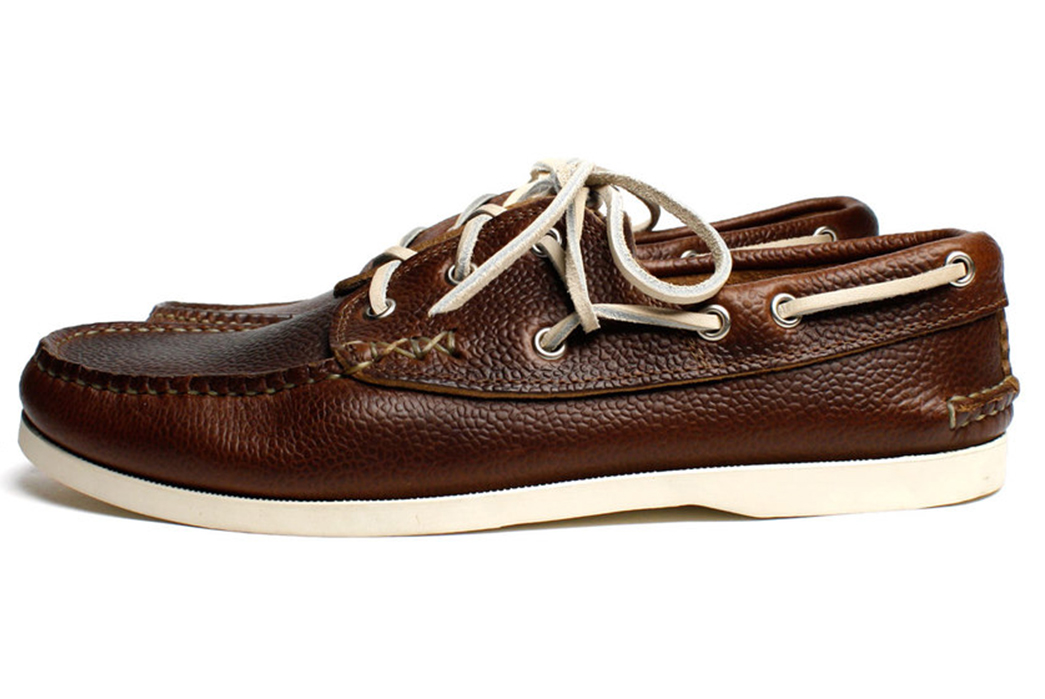 I’ve been harsh on boat shoes, but the fact of the matter is that these shoes were totally ingenious. Paul Sperry single-handedly solved two of the biggest problems with sailing footwear with his unique siping technique and his specialized tanning process.

Frat guys notwithstanding, the boat shoe is a very unique and comfortable piece of clothing and a couple of brands do particularly good versions. 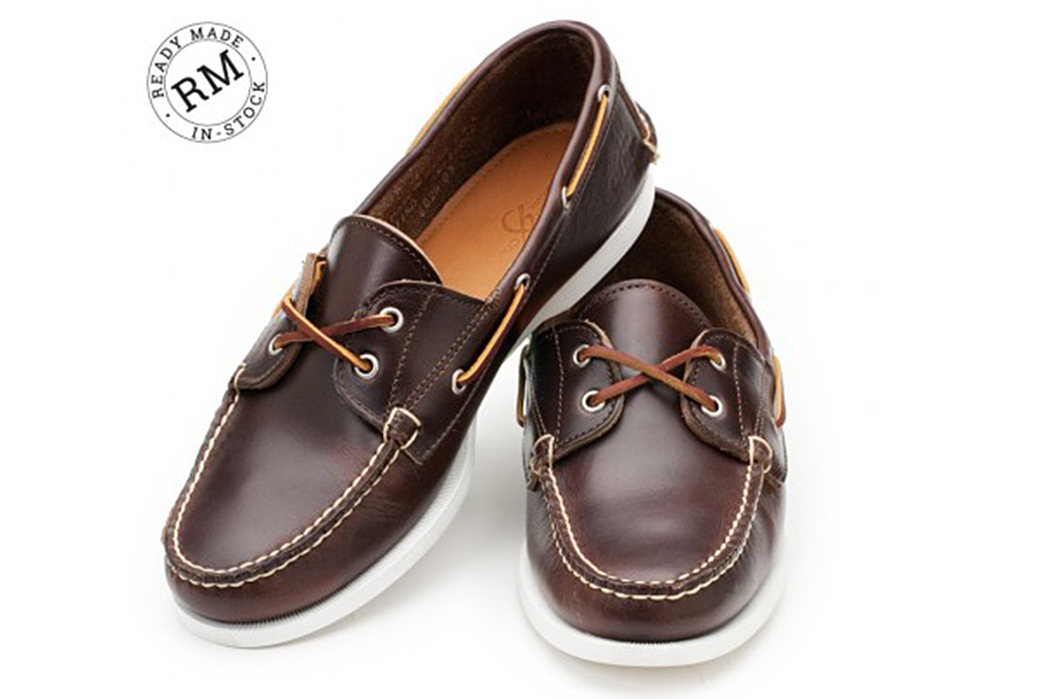 While Sperry no longer offers any made in USA Top-Siders, various other brands do high-quality iterations of the same shoe. One standout is the above Rancourt boat shoe, which is offered in a variety of leathers and even a version with out the wraparound laces. Yuketen has also done a boat shoe, which can be seen in the first image of this section, which adds a third set of eyelets for a slightly elongated, unconventional look

Perhaps, if we as a community, all buy boat shoes, we free them from their association with privileged aquatics. It is, after all, hard to say no to durable hand-sewn footwear. 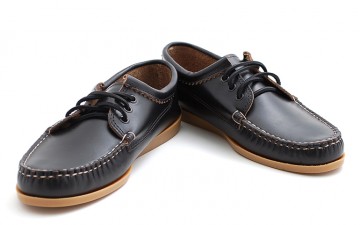 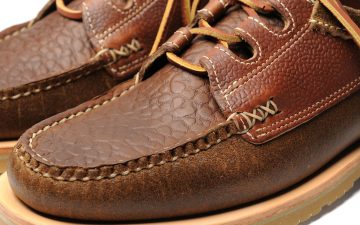 Blucher Moccasin Shoes – Five Plus One 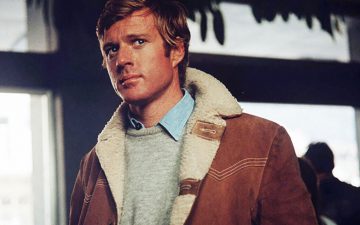 All About Shearling – Wool and Leather, Together Forever