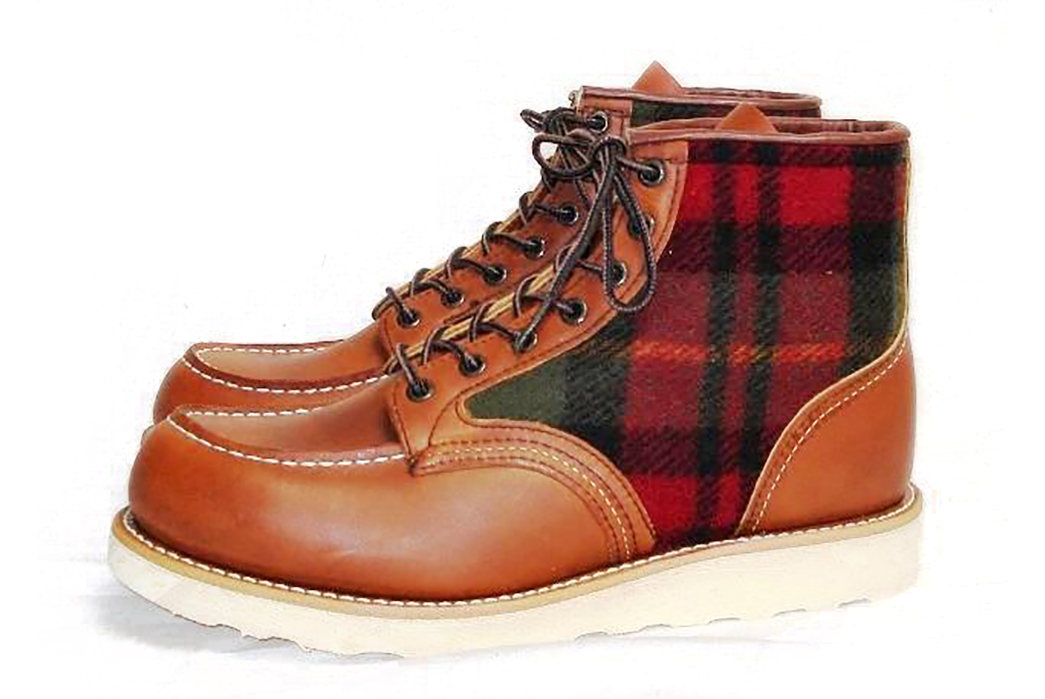 You might have had to travel a ways to get these limited and rare Red Wing styles, whether that was by plane, proxy, or, perhaps, the trenches of the deep web. These Red Wing styles are a bit harder to find and that’s because they’re discontinued. Though many have similar versions are still available, but you’ll often find that certain je ne sais quoi notably absent or, in some cases, the only thing similar is the model number. Maybe these will come back someday, but even as voracity of the Japanese market brought many of these styles into production, nothing lasts forever. 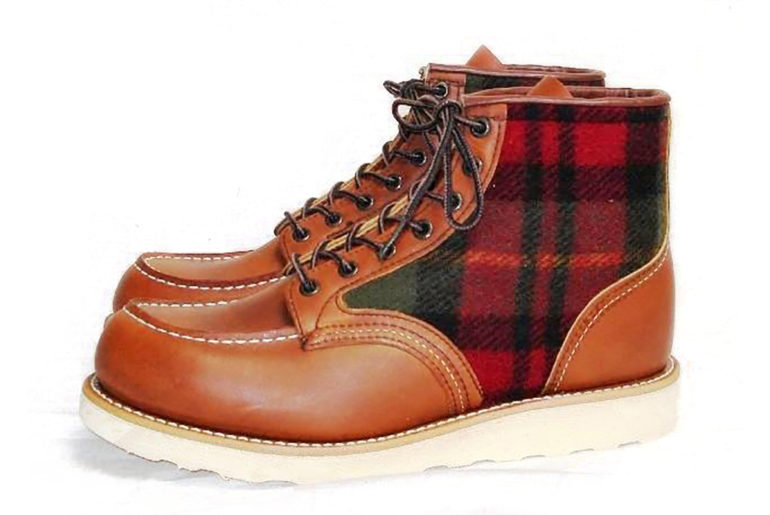 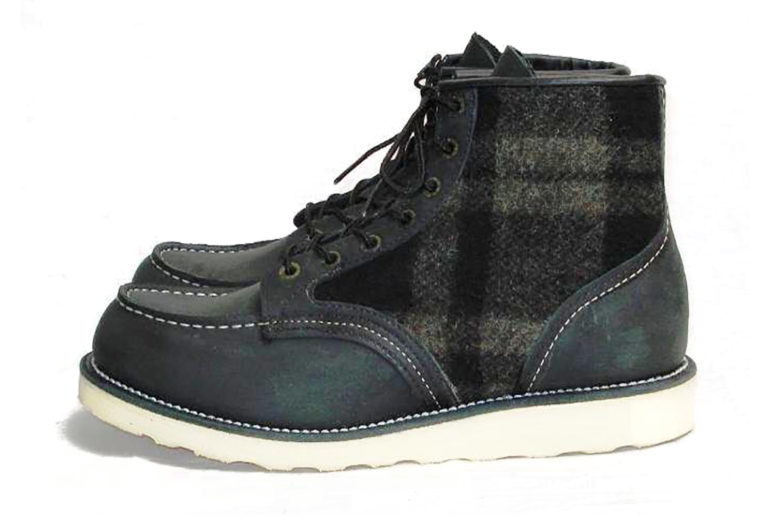 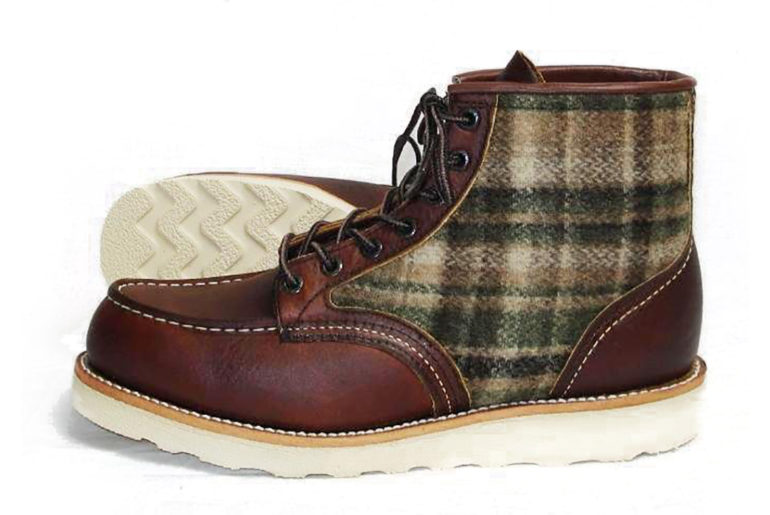 In collaboration with Woolrich Woolen Mills, Red Wing blanketed this special set of their popular 6″ Moc Toe Boot with wooly plaids from the famed mill. The collaboration originally came to fruition for the Japanese market in 2006 and had a reboot (lol) in 2010.  You can still snatch these warm walkers on the secondhand market and if your stylistic interests lie firmly in a lumberjack’s beard, this rare moc is a must-have. 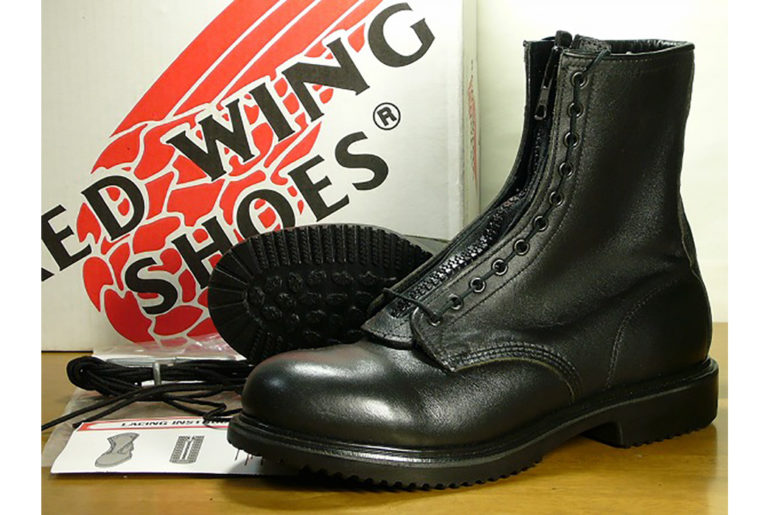 The No. 4473,  has safety top of mind as well as tip of toe. This 8-inch plain toe boot features steel toe reinforcement as well as a steel plate at the footbed for protection from nails. While the 4475 still exists today and can be had easily via the Red Wing site as well as many workwear-focused retailers, this version with the fire zipper attachment is harder to obtain. 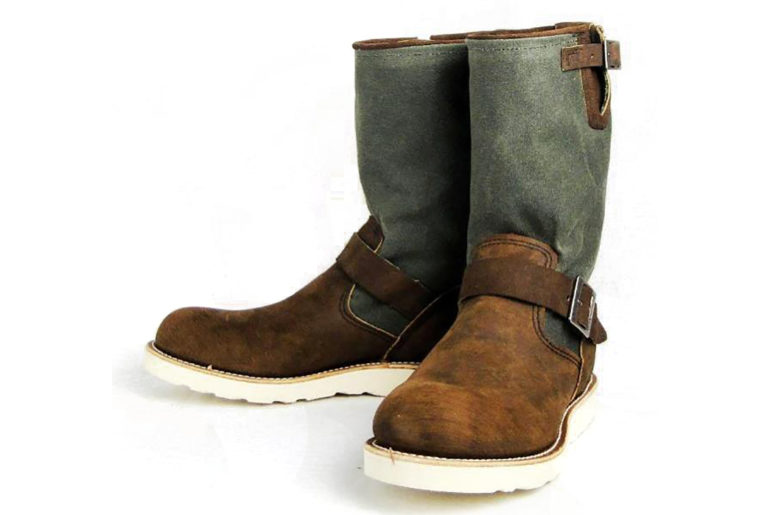 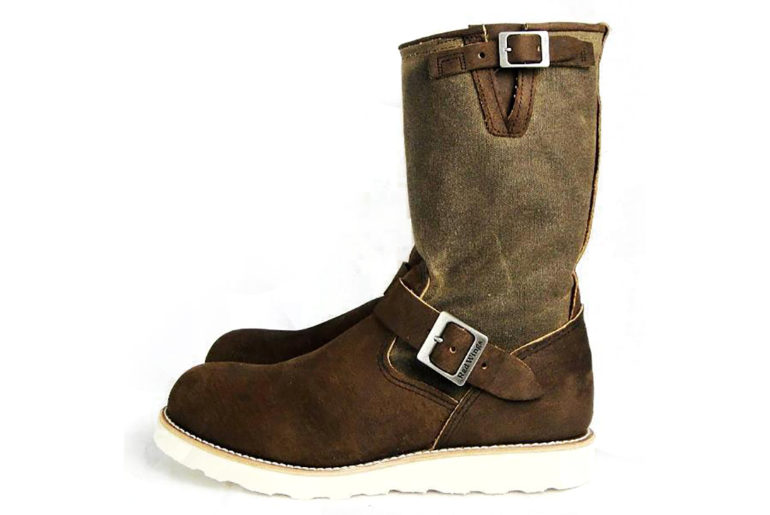 Another combination of textile and leather, the Duster Jack series of Red Wings pairs Martexin waxed canvas with roughout leather in an engineer boot style. This boot saw a limited release in 2009 and is even more limited 10 years on. 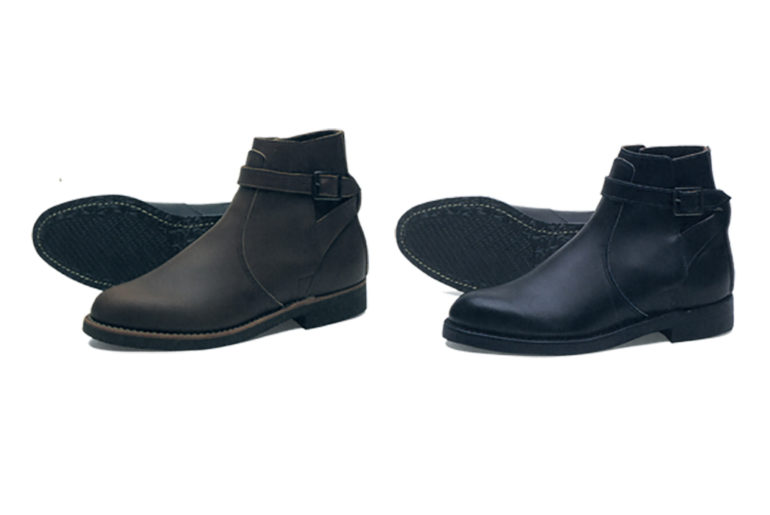 It’s hard to imagine the Red Wing we know today making a jodhpur boot, a style that first originated in India in the 1920s. Yet, in 1992, Red Wing produced the polo player footwear in their own S.B. Tanning full-grain oil-tanned leathers and Chemigum cork soles. Red Wing isn’t a brand you hear mentioned in the same breath as ‘dress shoes’, yet these boots are evidence. And, this dressy take is objectively better than these brogues. 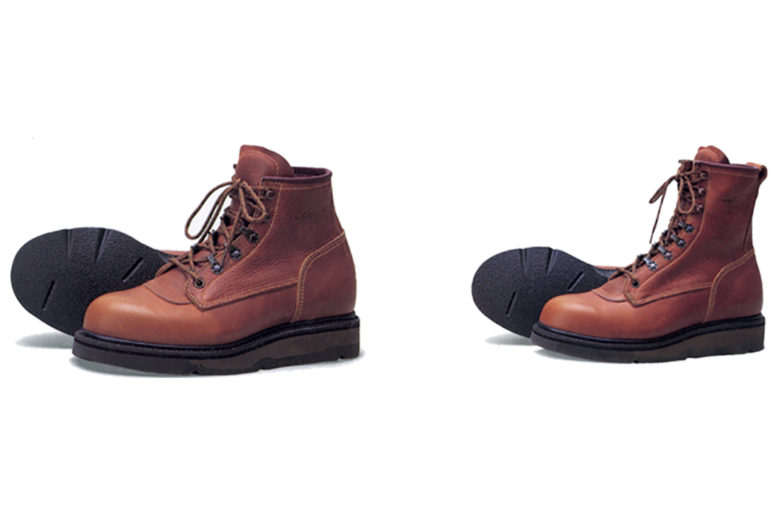 The 961 and 962 were built up in 6-inch and 8-inch styles respectively, and were released in 1995 along with Red Wing’s development of their “Comfort Force” footbeds which featured an advanced polyurethane padding. With a hiking-boot style lacing system, “Grizzly” leather uppers, and thick wedge sole, this one is just about due for a comeback. 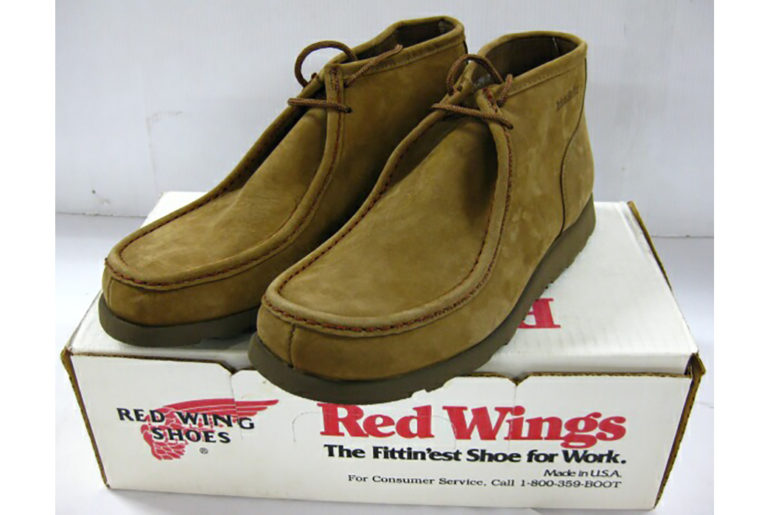 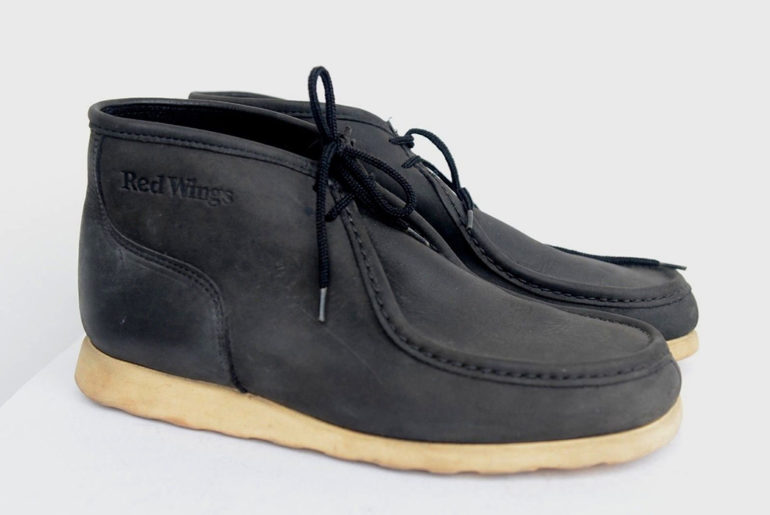 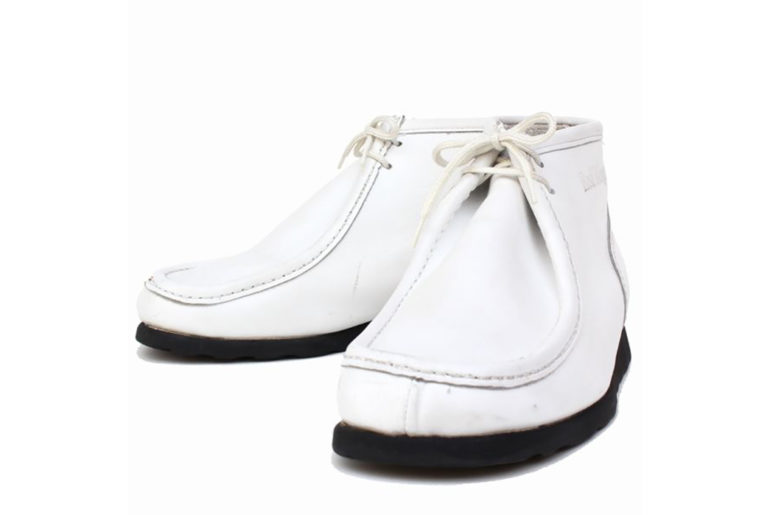 Hip-hop may have adopted Clarks’ Wallabees into their fold, but Red Wing still hasn’t enjoyed the same level of notoriety. That didn’t stop them from trying their hand (or feet) at the Tyrolean-style shoe back in 1995. Replacing a crepe sole for Vibram’s Gumlite wedge sole, Red Wing’s Country Walker saw releases in various suede and nubuck uppers in the years following. To be sure, it’s a classic shoe. But Clarks will still be around for a while even if these don’t come back around. 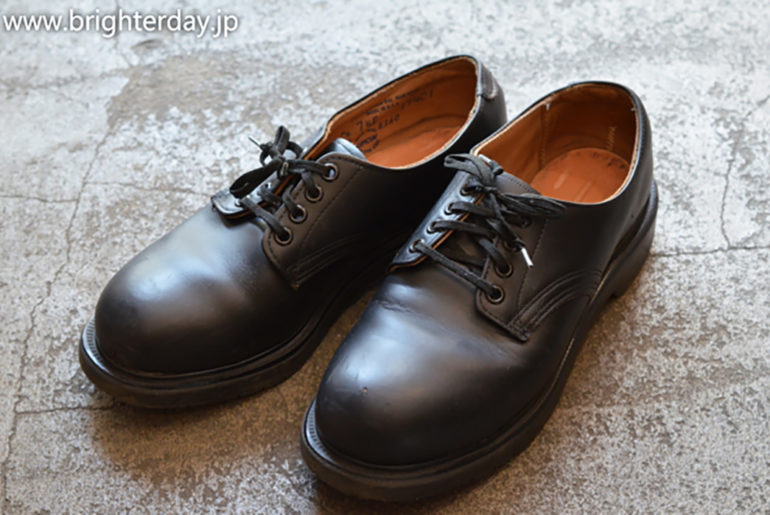 Steel toes and Supersole construction is the name of the game with this Red Wing oxford. Fantastically bulbous, the 8260 was built on an engineer boot last and cut into a low oxford style. When Goodyear-welted alternatives exist (like Dr. Martens or Solovair), this one can stay in the shoe afterlife. 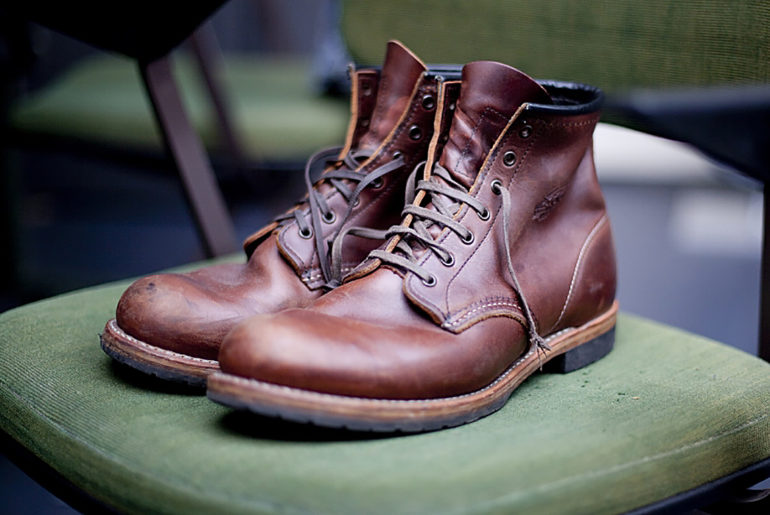 Red Wing celebrated their 100th anniversary back in 2005. In the same year, the storied Horween leather tannery also celebrated their 100th anniversary. While a collaboration between the two brands makes a whole lot of sense, Red Wing has historically used leathers from their own S.B. Foot Tannery to make their hard-wearing shoes. That said, the opportunity for a century-long twiniversary doesn’t come often. The release saw Red Wing’s famed Moc Toe and Round Toe Beckman boots rendered in Horween’s chromexcel leather, which is noted for its pull-up leather qualities and softness. Red Wing continued to use Horween leather for some of their boots including the Beckman for some time, but have since used S.B. leather exclusively.

Red Wing shoes with an easier break-in period? Come back to us, please. 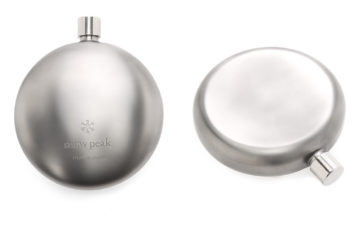 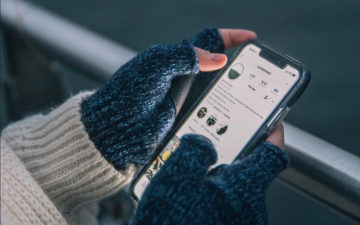 Fingerless Gloves and Their Varieties, A Buyer’s Guide 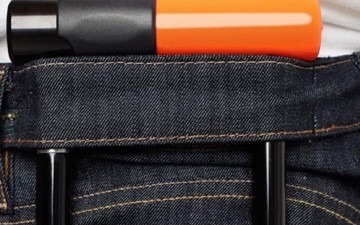 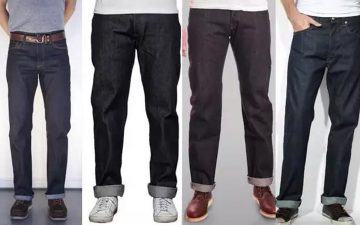