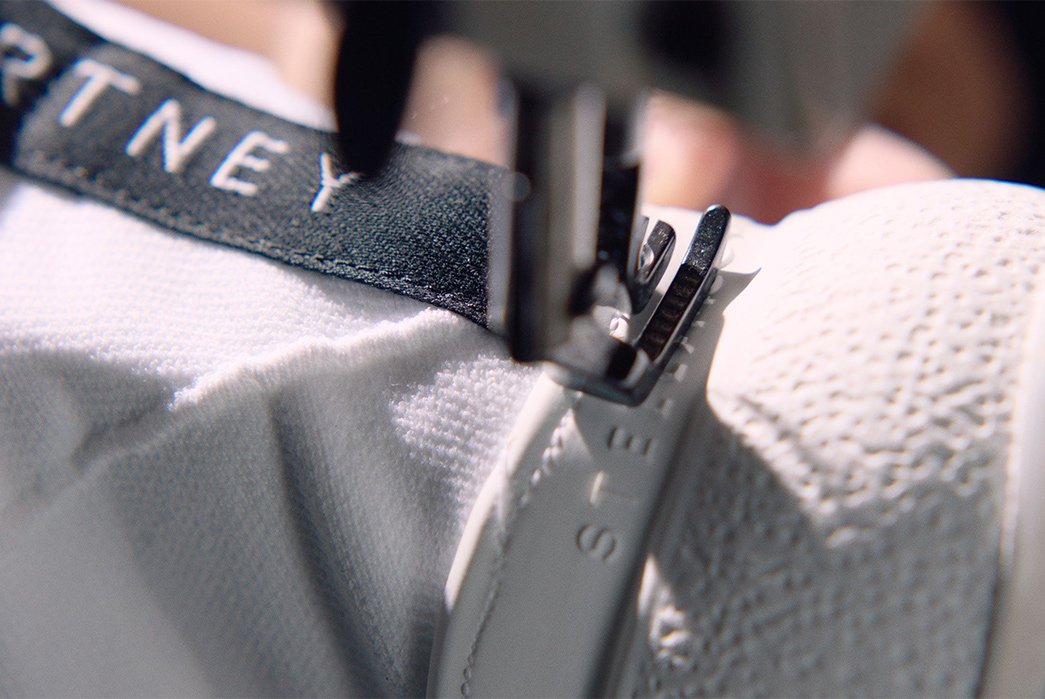 Sustainable Sneakers – Cutting Through the Buzzwords

Unless you’ve been living under a rock, you’ve probably noticed that clothing brands are hawking sustainability like never before. Just five years ago, finding out a retailer’s green credentials was like finding a needle in a haystack but these days the story is a lot different.

Google searches for ‘sustainable fashion’ have risen steadily and consumers want to know that their purchases are ethical and eco-friendly.

But what do those phrases even mean? And amidst all the branding and buzzwords, how can we determine the real impact of the stuff we’re wearing? It’s a big subject to cover, and with around 23 billion pairs of sneakers produced annually, the industry ought to have some strong regulations in place for minimizing its environmental impact.

The trickiest thing about all this is that there isn’t really a one-size-fits-all solution to the demand for responsible sneakers (although buying less and investing in quality things is always a good idea). And with every argument for a new method of production, there’s someone with a strong opposing case, too.

With that in mind, we’ve come up with a well-rounded outline of the factors and brands you should be considering when investing in a new pair of kicks. 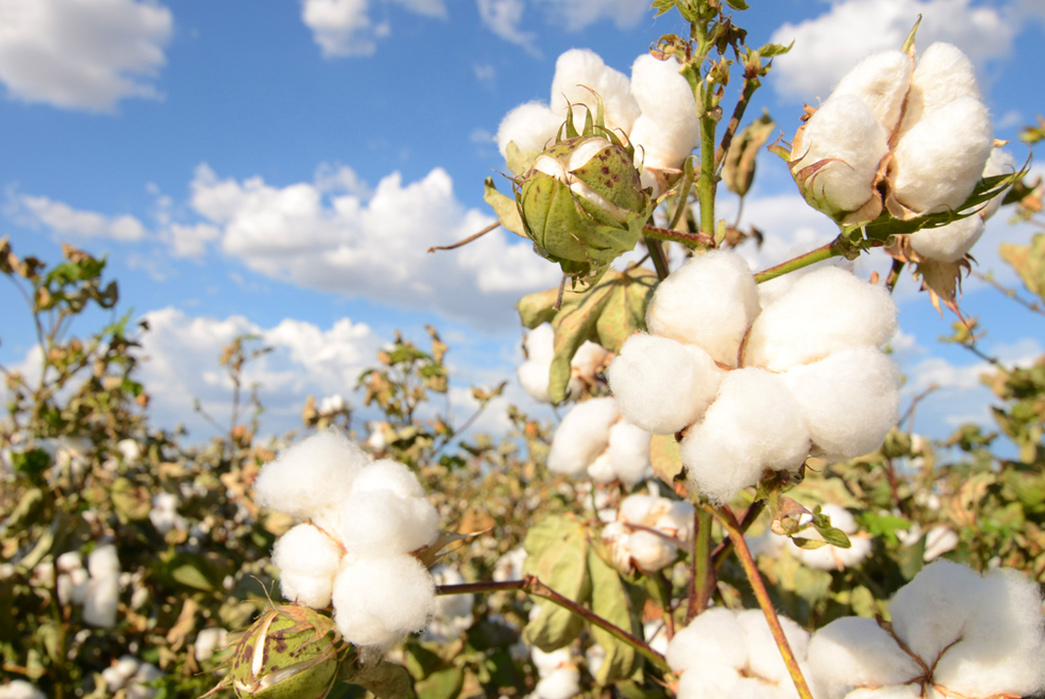 Let’s start with the basics:  if you presumed that natural materials were the best option for creating eco-friendly sneakers then think again. Using organic cotton to make canvas uppers is certainly better than chemically grown cotton (with pesticides that negatively impact natural ecosystems), but the amount of water and energy needed to grow and process the plant is still a big concern.

Another option is to use post-consumer polyester that was originally destined for a landfill. Though the energy usage involved in recycling the fibers is also questionable, it requires roughly 59% less energy than making virgin polyester, and since it’s designed to last a long time, the fibers can handle this kind of processing. 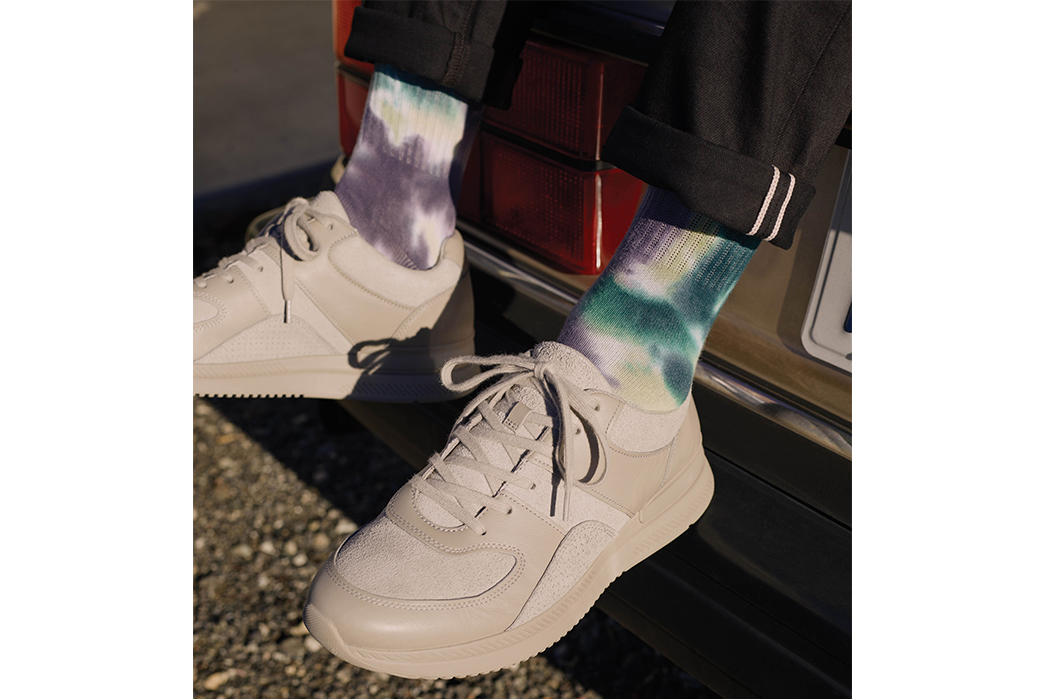 There’s also the matter of leather versus so-called ‘vegan leather’. While the environmental and ethical issues associated with using animal products are well-documented, so too are the concerns surrounding the production of imitation leather.

Materials such as polyvinyl chloride (PVC) and polyurethane (PU) are produced with fossil fuels and release toxic byproducts. See what we mean about this being something of a minefield?

If you’re going to opt for real leather, then we’d recommend checking out the origins of the hides— Everlane only works with Gold-Standard tanneries (certified by the Leather Working Group) to make its ‘Tread’ model, meaning that each workshop has been verified to the organization’s regulations. 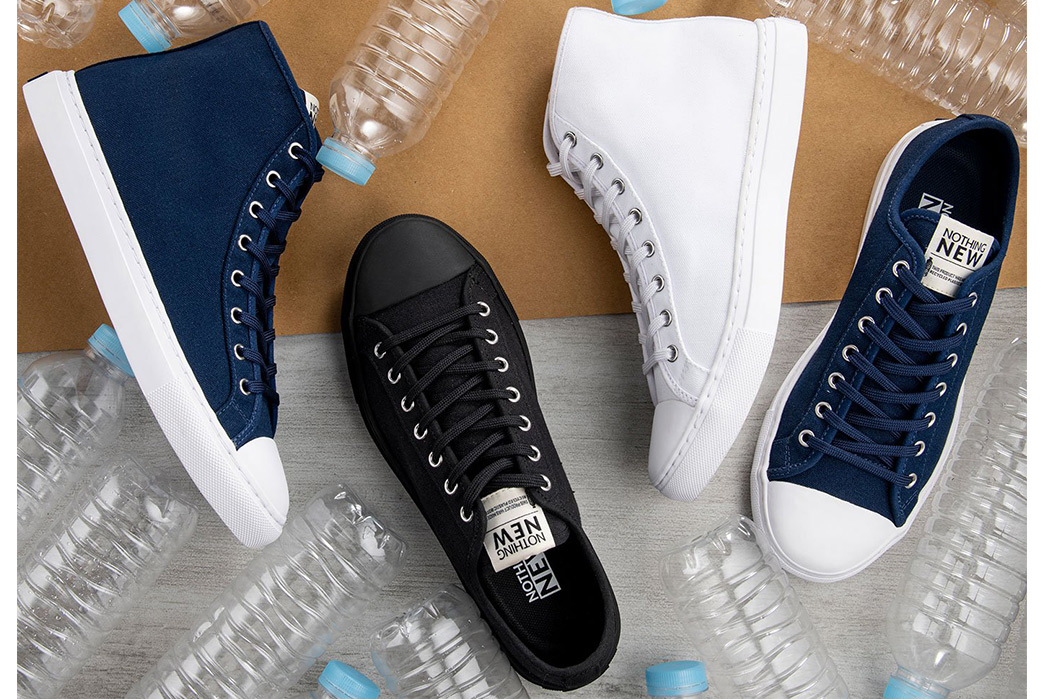 Image Via Nothing New

U.S.-based label Nothing New spent more than a year researching and thinking about how it could, in tandem, help to reduce the plastic waste we’re already stuck with and create sustainable shoes. The answer, it believes, is a method of production that uses recycled plastic, such as post-industrial fishing nets and general ‘trash’ that might’ve made its way into the ocean, to make everything from laces to uppers and heel counters.

Those materials align with the Global Recycle Standard (GRS), an initiative that works to minimize the impact of such processes. And where it does use natural fibres, the brand ensures everything is certified with the Better Cotton Initiative (BCI). Nothing New is committed to measuring its impact in every aspect of its business, and you can read more about that here.

It also believes in True Stitch construction, an alternative assembly technique that’s glue-free, a whole other subject in itself.

One of the most chemical-heavy aspects of sneaker production is in the way they’re put together—it often involves solvent-based glues, sometimes using animal-derived ingredients, that are a big no-no for the environment.

But keeping sneakers in one piece and ensuring they stay that way without the use of adhesive is no easy task. Brands such as Adidas and Stella McCartney have put in the work in this area.

The former is currently beta-testing the second-generation of its FutureCraft.Loop model, which is made entirely of a single, recyclable material and is constructed without glue. It’s scheduled to launch full production of the shoe in 2021, and you can sign up to hear more about it here.

Elsewhere, Stella McCartney’s similarly named ‘Loop’ kicks are built using interlocking clips and thread – “this means that at the end of the sneaker’s life the upper can be removed from the sole and each part recycled or reused”, the brand explains. 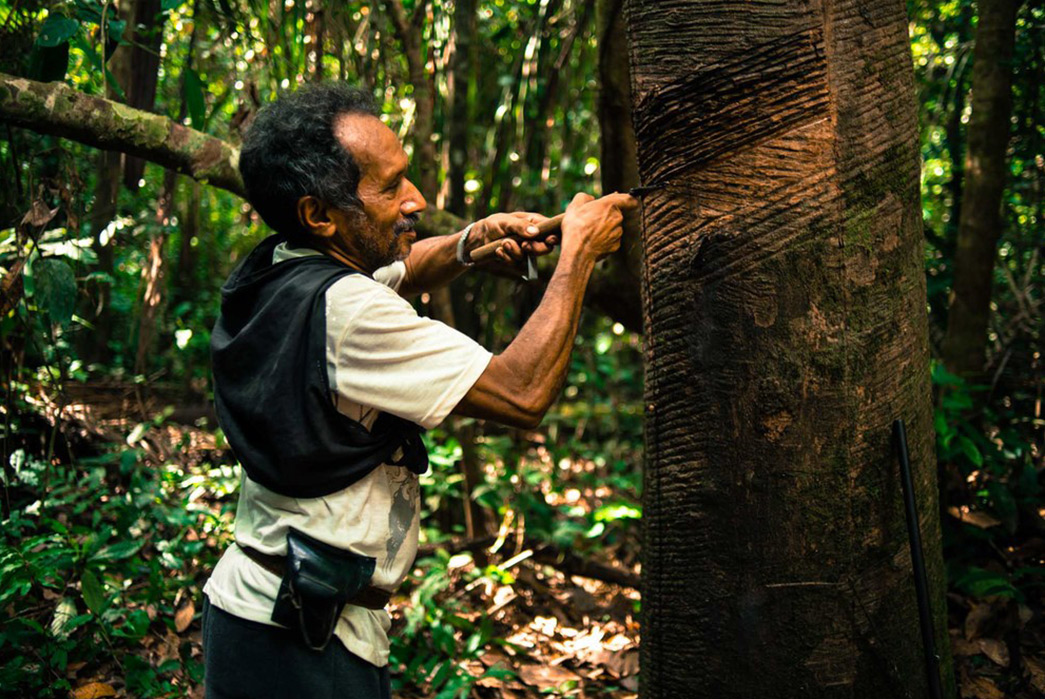 It doesn’t stop there, either. Just as the production of PVC or PU uses petroleum, so does the manufacture of synthetic rubber soles, which account for most mass-produced shoes. By using wild rubber sourced from the Amazon rainforest (which is the only place that rubber trees grow in the wild), not only will local communities benefit, but it’ll help to prevent deforestation.

In simple terms it works like this:  tappers, who work strategically so as not exhaust resources in any given area, extract latex from trees and sell it to brands like Veja and Waes. By supporting this enterprise, they’re helping to reduce the potential for deforestation by adding value to the surrounding environment, thus conserving biodiversity, culture and neighborhoods.

There are of course some disadvantages, like potential health risks to workers and high levels of processing which are involved in some production methods. French label Veja was recently dubbed one of the world’s most sustainable brands, so, as you’d expect, it’s really hot on transparency, constantly refining its practices to have a positive impact.

There is a wealth of information, including further information of its wild rubber-sourcing, available on its journal (as well as some nice-looking kicks). 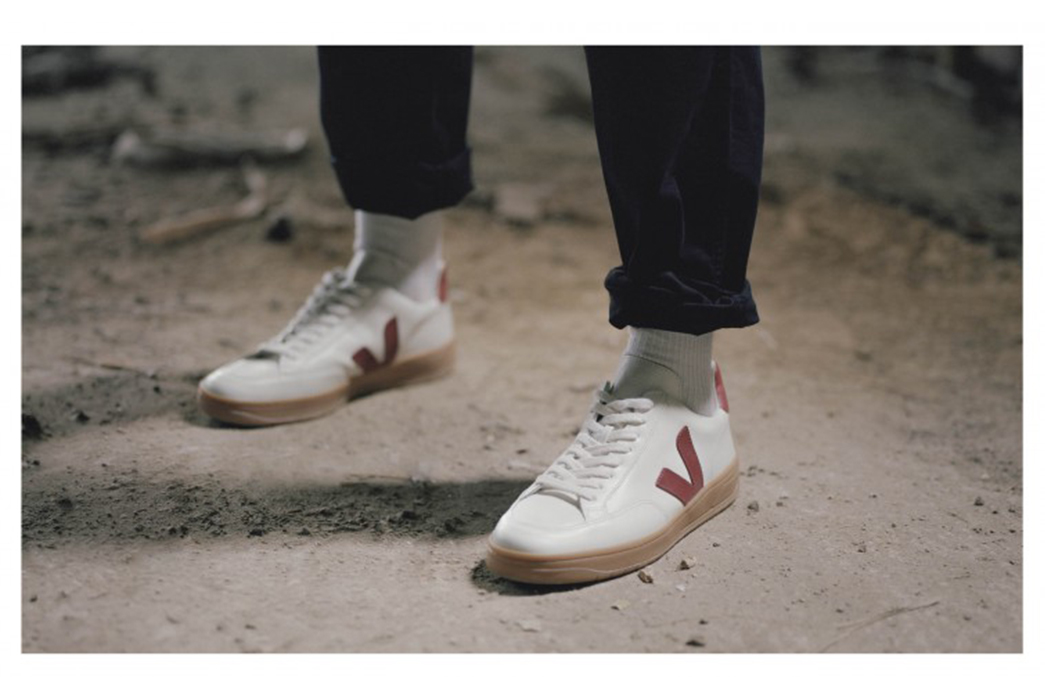 The Life of a Sneaker

So we’ve covered the most important components of the shoe itself, but there’s no point making them this way if your manufacturing, shipping, and disposal practices have a massive carbon footprint.

In addition to using solar panels to help power its workshop, Italian label Yatay encourages customers to return their used shoes so that it can recycle the soles and foam padding for future products, while also making small accessories from its existing fabric offcuts. It also pledges to plant one tree in Kenya for every pair sold to offset emissions. 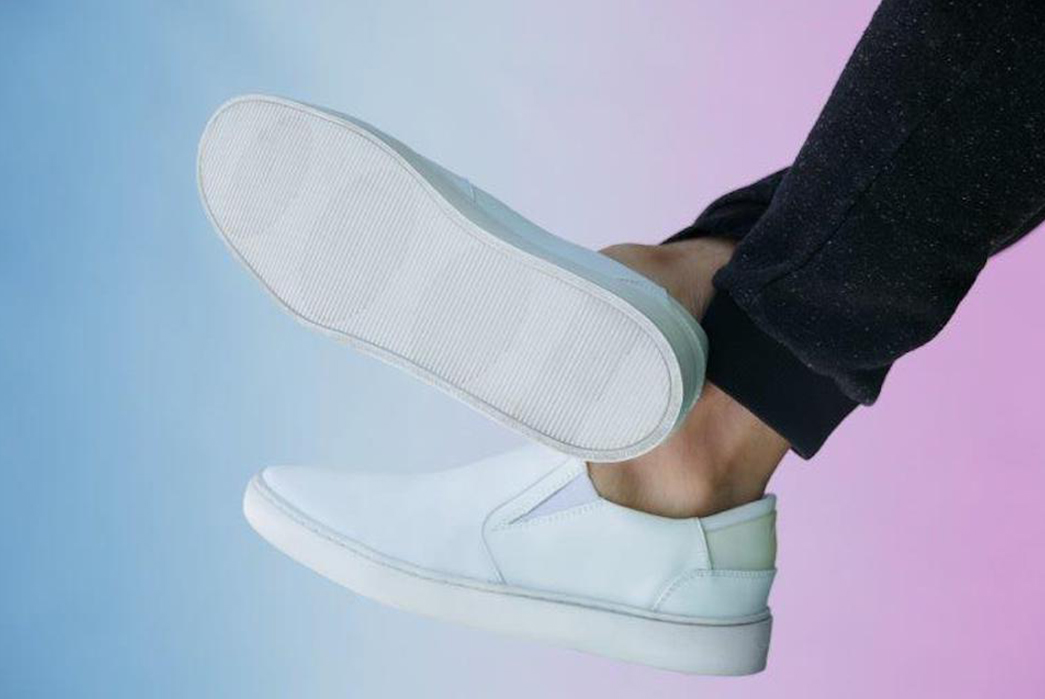 Self-confessed “band of optimists,” Thousand Fell says its designs are engineered to last ages, but it’s happy to take them back when you’re done with them.

Each pair is then either refurbished and donated to those in need in partnership with Soles4Soles. If they can’t be revived, then the brand will deconstruct your sneakers ready to be reused in its production once more. 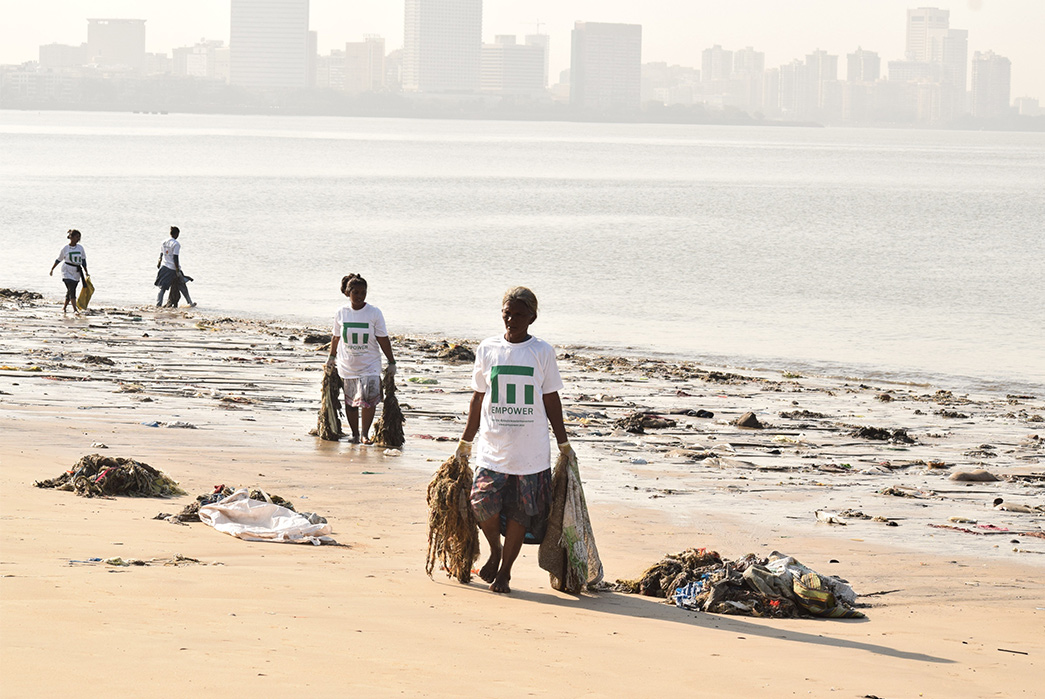 A beach cleanup organised by Empower, which is supported by New Movements. Image via Empoer

Meanwhile, Norwegian label New Movements donates a portion of the profits from its responsibly made sneakers to support beach cleanups.

We’ve only scratched the surface with the handful of labels (and materials) in this piece, so our best advice if you’re shopping for your own sustainable sneakers is to do your research and find out what your chosen brand is doing every step of the way to help the cause.

In fact, it doesn’t even have to be that complex. If you’ve been coveting a certain model for a while then check out the second-hand market and see if you can source your next pair that way. Buying used is always the most sustainable option, regardless of how it was first made. 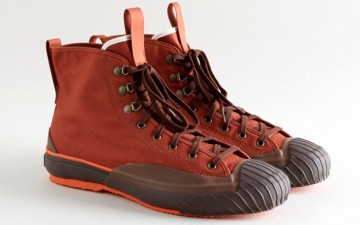 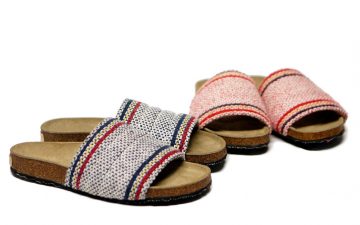 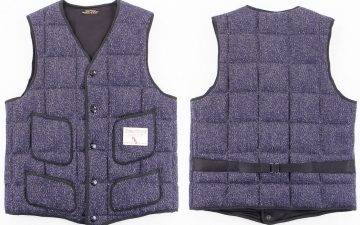 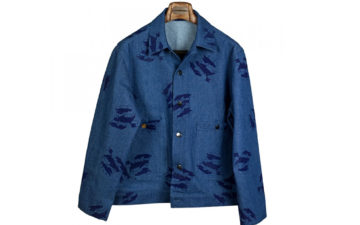