What does Natural Dye mean?

As opposed to pigment dyes, natural dyes usually have no affinity for textile fibres, unless the fibres are first treated with aluminum, iron, or tin compounds to receive the dye.  This is a problematic process and the dyes in any case have little resistance to sunlight or abrasion.

Natural dyes come from either plant, animal, or mineral sources, and were the only choice available until synthetic dyes were discovered in the 1850s. The colors gathered from natural dyes, while rich, are usually more subdued than those obtained from synthetic dyes.

Many natural dyes are what are called adjective dyes in that they require a mordant to fix them to the material.  A mordant works by combining with the dyestuff to create an insoluble compound. Examples of mordants include materials such as alum, sodium chloride, and tannic acid.

The other category of natural dyes are substantive dyes, which are usually applied by boiling the fabric in water with the dye over a length of time. Indigo is an example of a substantive dye. 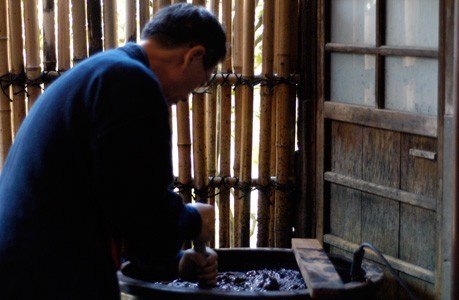