What does Zip mean?

The style of tightening jeans around the waist that uses a zipper instead of button fly.

The zip fly, developed as an alternative to the button fly, refers to the zipper on a pair of jeans. In 1927, Lee added the zipper to their Union-Alls (denim coveralls designed specifically for automobile drivers) to allow the wearer to don and remove the garment more quickly. The company held a contest to come up with a name for the device, eventually choosing the Whizit. However, the zip fly didn’t really begin replacing the button fly until the late 1930s with the “Battle of the Fly”, when French fashion designers began raving about its advantages over buttons. Today, the device is simply known as a zipper and is the standard device used to fasten almost all jeans and pants.

Here is a pair of zip fly jeans: 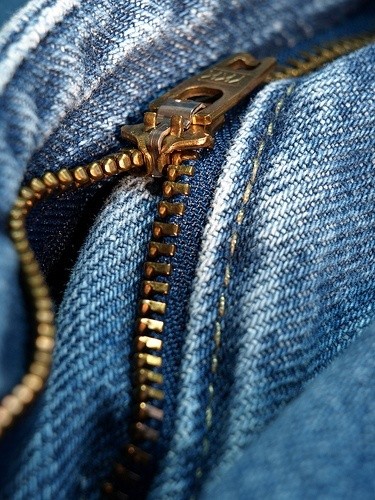