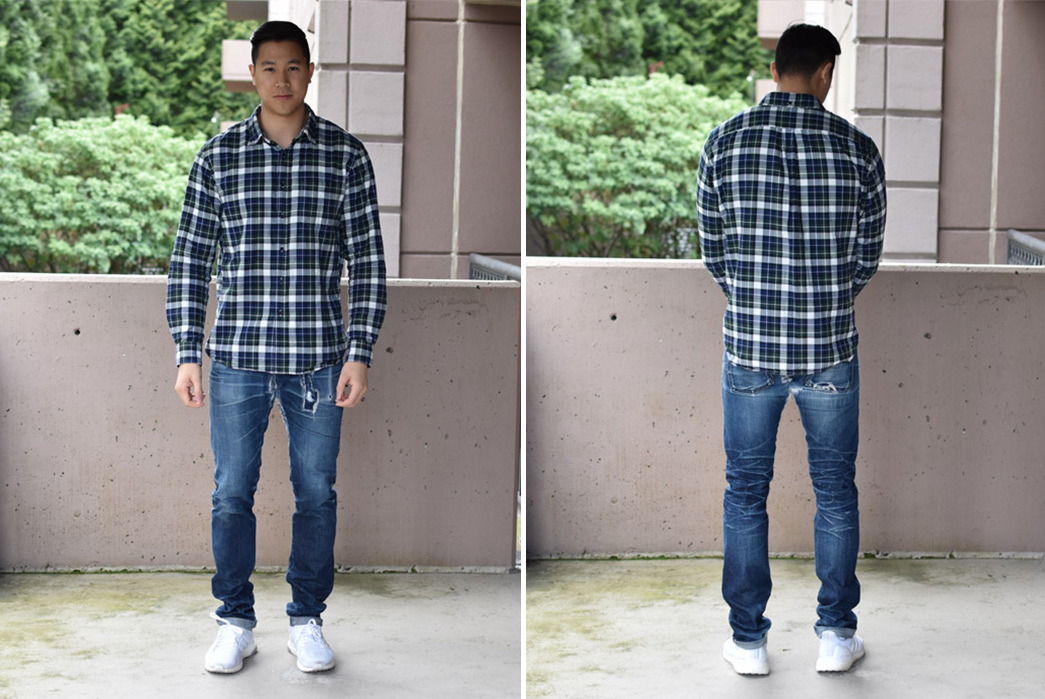 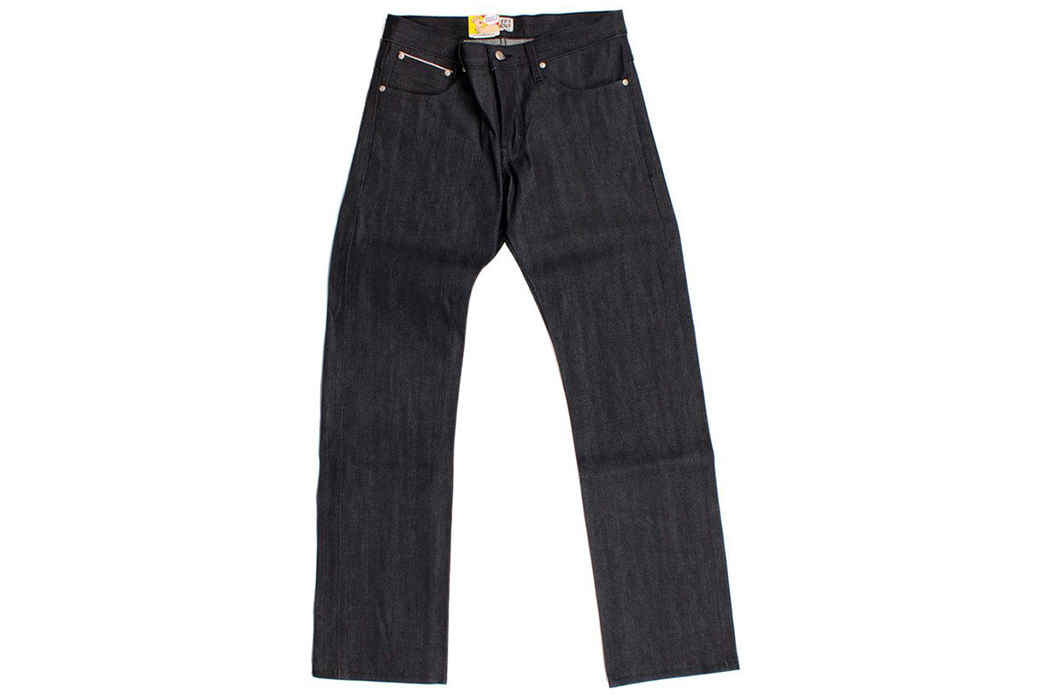 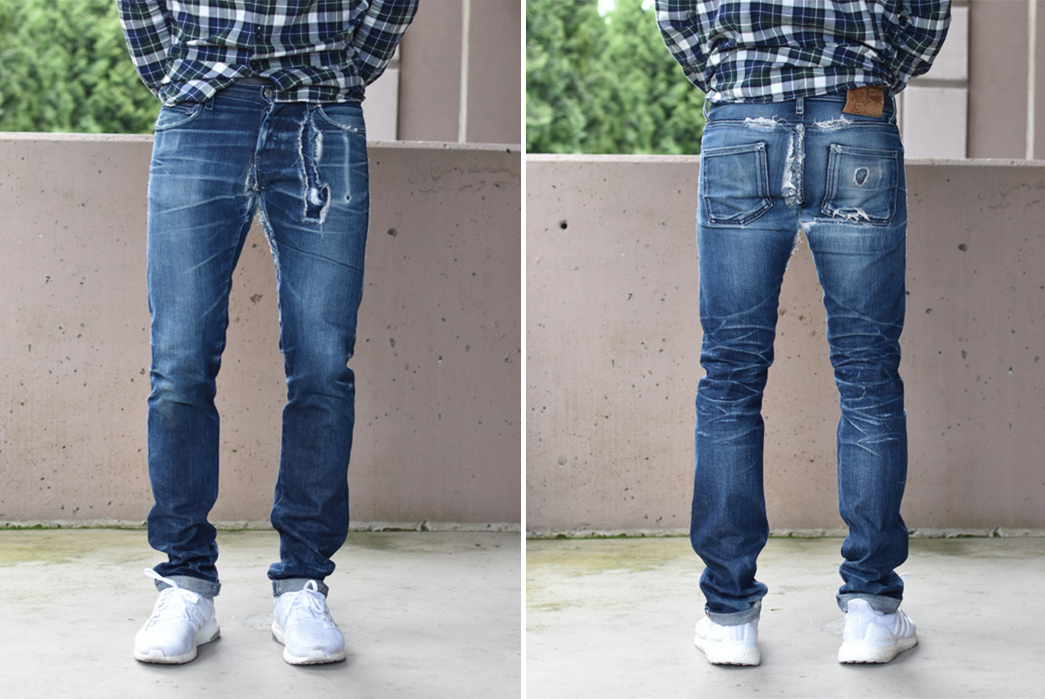 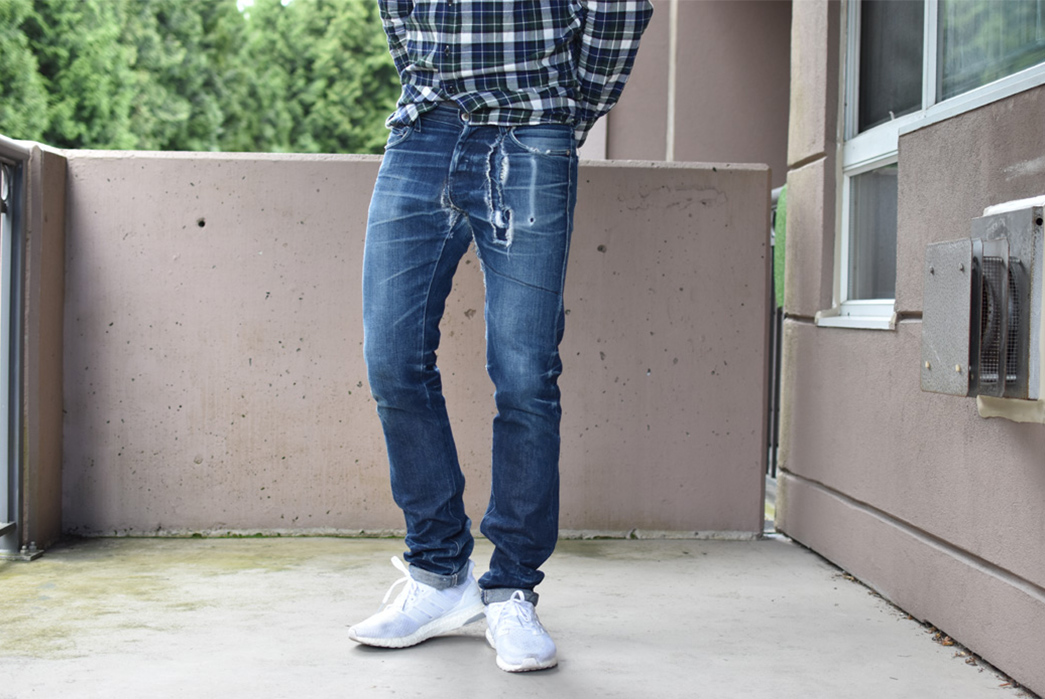 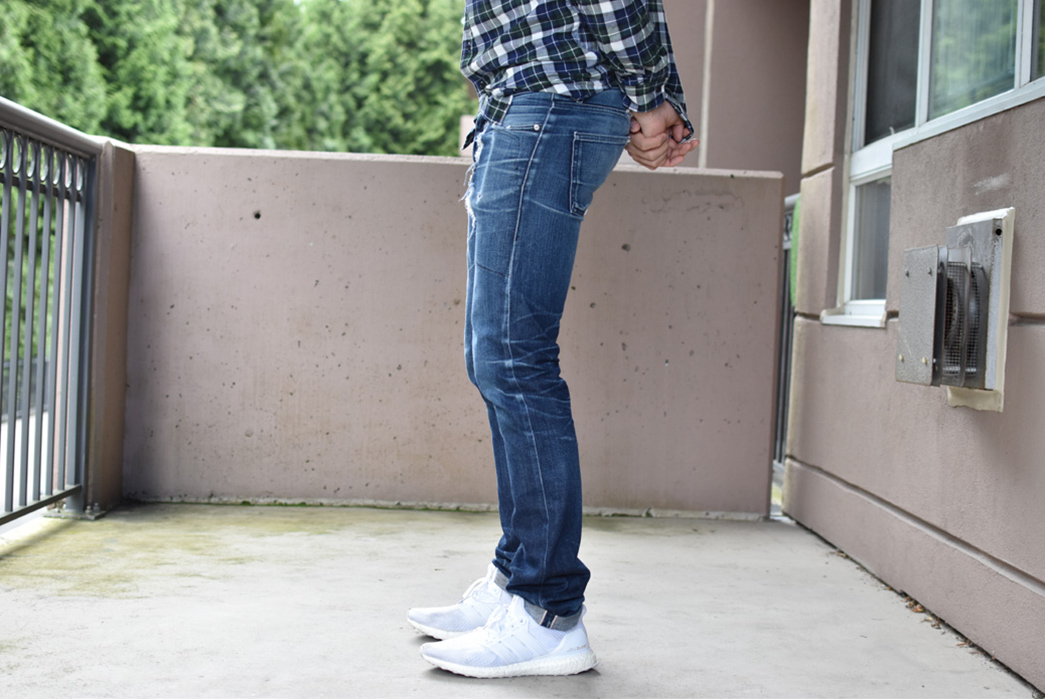 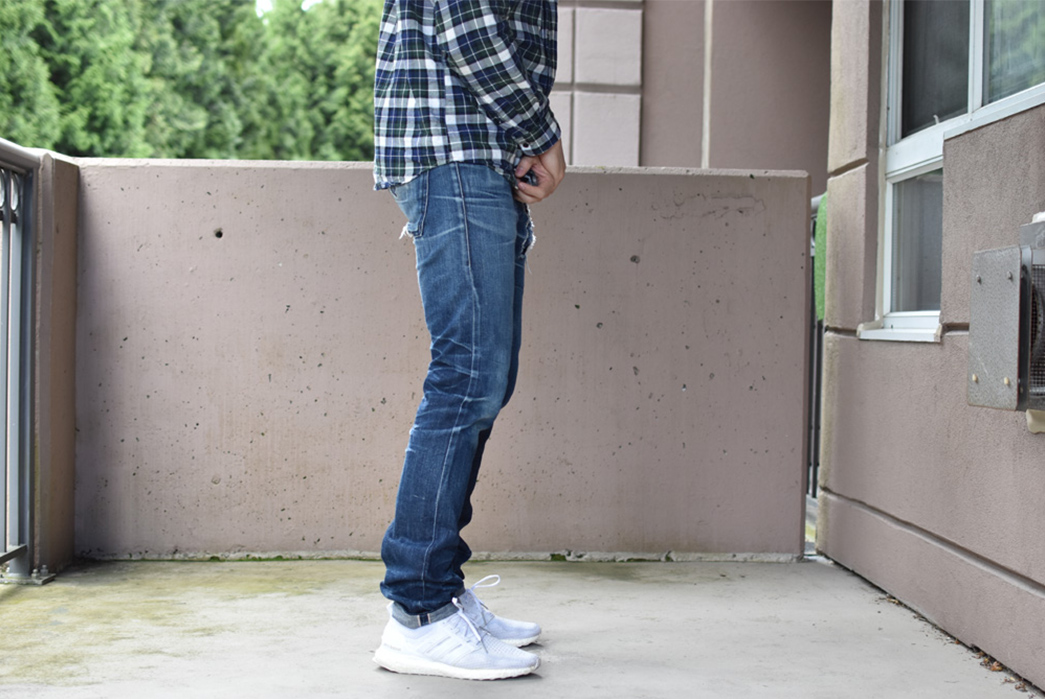 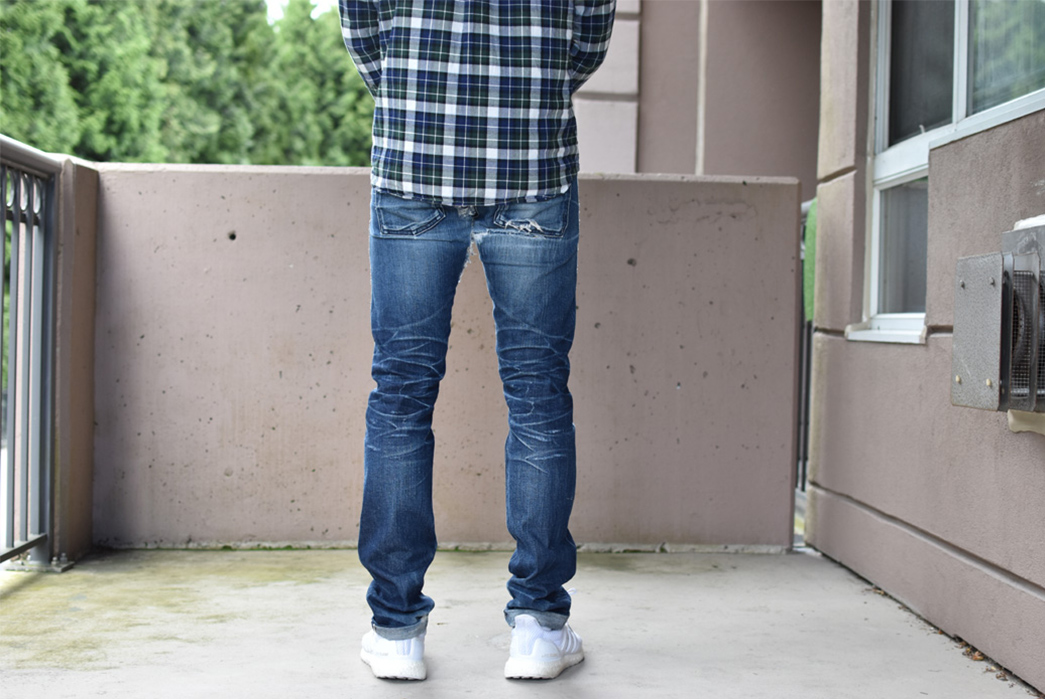 There’s tons of discussion out there on which jeans fade faster, but what about on which jeans blow out faster? Today’s Fade Of The Day is Eric Leong’s Naked & Famous Broken Twill Skinny Guy jeans, evidence that suggests skinny jeans could take the cake in the blow out category.

His first of three repairs, needed after the first year of wear, was a fairly serious-looking front pocket phone rip (here’s to hoping that it wasn’t another “fiery” Samsung debacle). That one was followed by a fairly big crotch blow out, which was then followed up by a full-on crotch-to-keister blow out that required repairs to the rear yoke. At this point perhaps Eric should keep his tailor on retainer.

Aside from the jeans’ one-of-a-kind repairs, Eric has some good fades going on here. He’s developed a few nicely contrasting whiskers in the crotch and thigh area, and some super nice honeycombs. 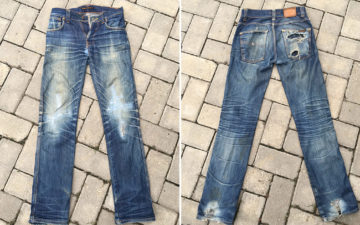 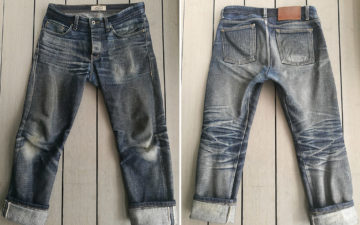 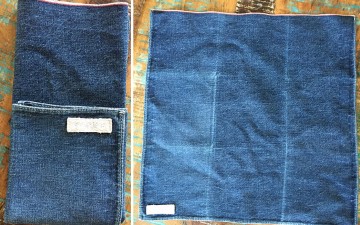 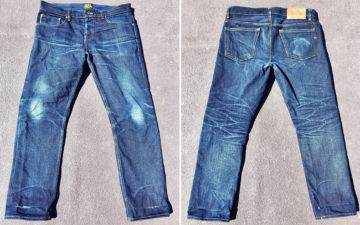