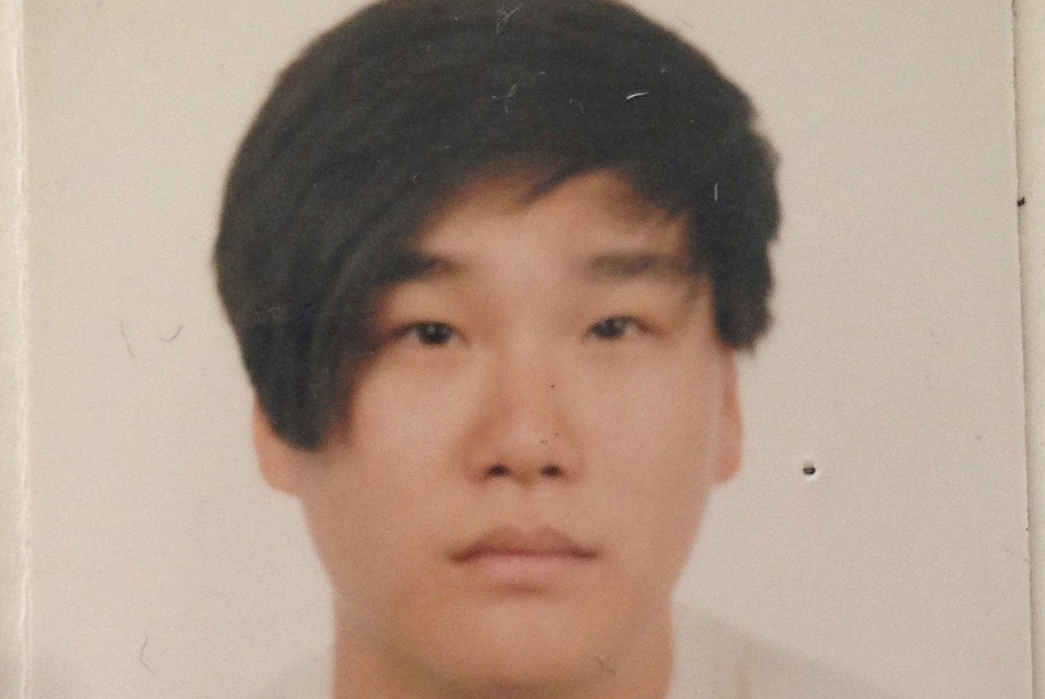 How Clothes Make the Man – Beneath the Surface

Beneath the Surface is a monthly column by Robert Lim that examines the cultural side of heritage fashions.

Clothes make the man, according to a well-worn saying. It usually accompanies advice – if you aspire to a certain job title or social status, then dressing the part helps sell the message. I’ve never been much of a careerist or social climber, but I can absolutely remember a time when what you wore expressed so much more about your identity than it does in today’s hyper-wired world.

For me, it all started in high school. I grew up in the pre-Internet days, suburban Ohio. It was a comfortable existence, so I can’t complain much. My parents were thrifty, though – I had an older brother, so I wore a lot of hand me downs growing up. The worst I can recall was a polo shirt that my brother had once worn – when he outgrew it, my mother wore it. A hand me down from my mother! For a middle-school kid looking for his own identity, that one hurt.

Two things happened in high school that changed all that – I discovered my passion for music and met Jeremy Rice.  His is a story that deserves a dedicated telling – but for now, I’ll say that he introduced me to a whole host of bands that were way out of the mainstream at the time.  Bands like the Cure and Sonic Youth… music that could change a young person’s life. 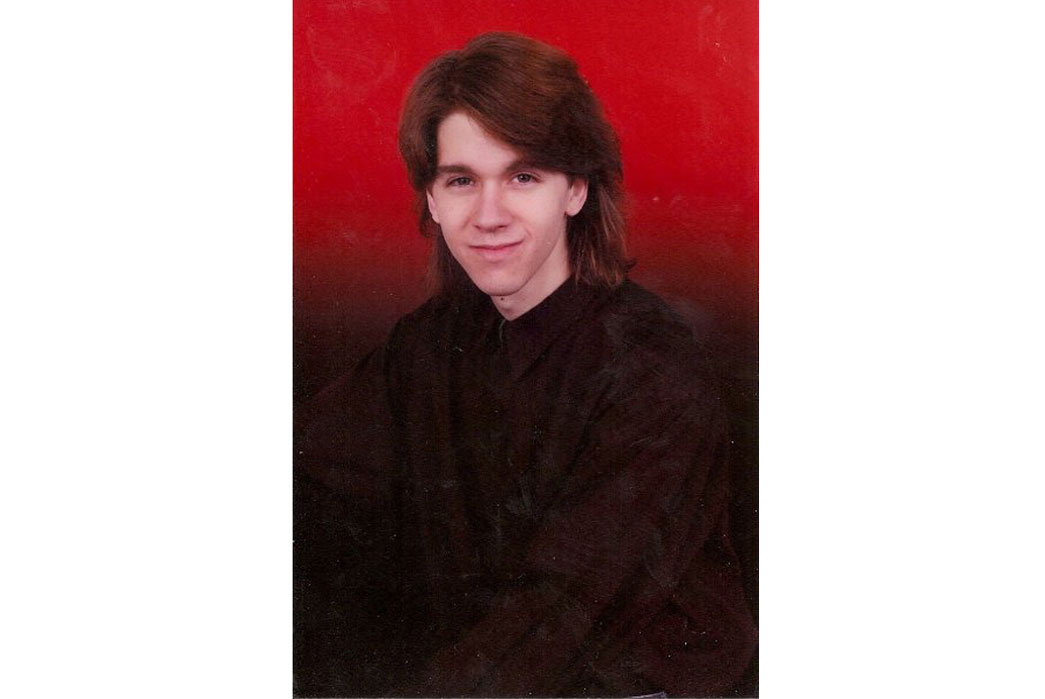 The timing couldn’t have been better – alternative rock was emerging, I had a partner in crime and, then – a driver’s license. My parents were pretty chill so I ended up going out to shows on a weekly basis. And I had enough spare cash that I could buy a concert t-shirt at almost every single show.

I had no approach to fashion (or appearance, really) at the time, but these t-shirts became my everyday uniform at school.  It was an entrance to a whole other world – I ended up meeting loads of people (and girls!) that way.  There were more than 2,000 students in our high school but our tribe found each other through our markers – whether it was bead necklaces, long hair, wearing all black, sketching in class.  However we expressed ourselves, we really stood out from the preppy moment that was the style at the time – Lacoste polo shirts, Sperry Top-Siders and stone-washed jeans.

I remember one talented individual I met through drama class who drew an intentionally alarming graphic illustration captioned “when nothing else works, the bullet always will.”  It was his version of a Renaissance anatomy drawing.  He was completely sane and it was awesome.

It didn’t take much to be marginal – a preference for making art over studying; a preference for studying over playing sports; skateboarding; liking music as weird and as dark as The Cure.  It’s hard to imagine now, but listening to bands like R.E.M., Depeche Mode, Nine Inch Nails and Public Enemy could set you apart from a crowd that slow-danced to “Stairway at Heaven” at middle school mixers.  I’d bet every suburban high school of a certain size had a tribe like this, a fact immortalized by Ally Sheedy’s performance as Allison Reynolds in the Breakfast Club. 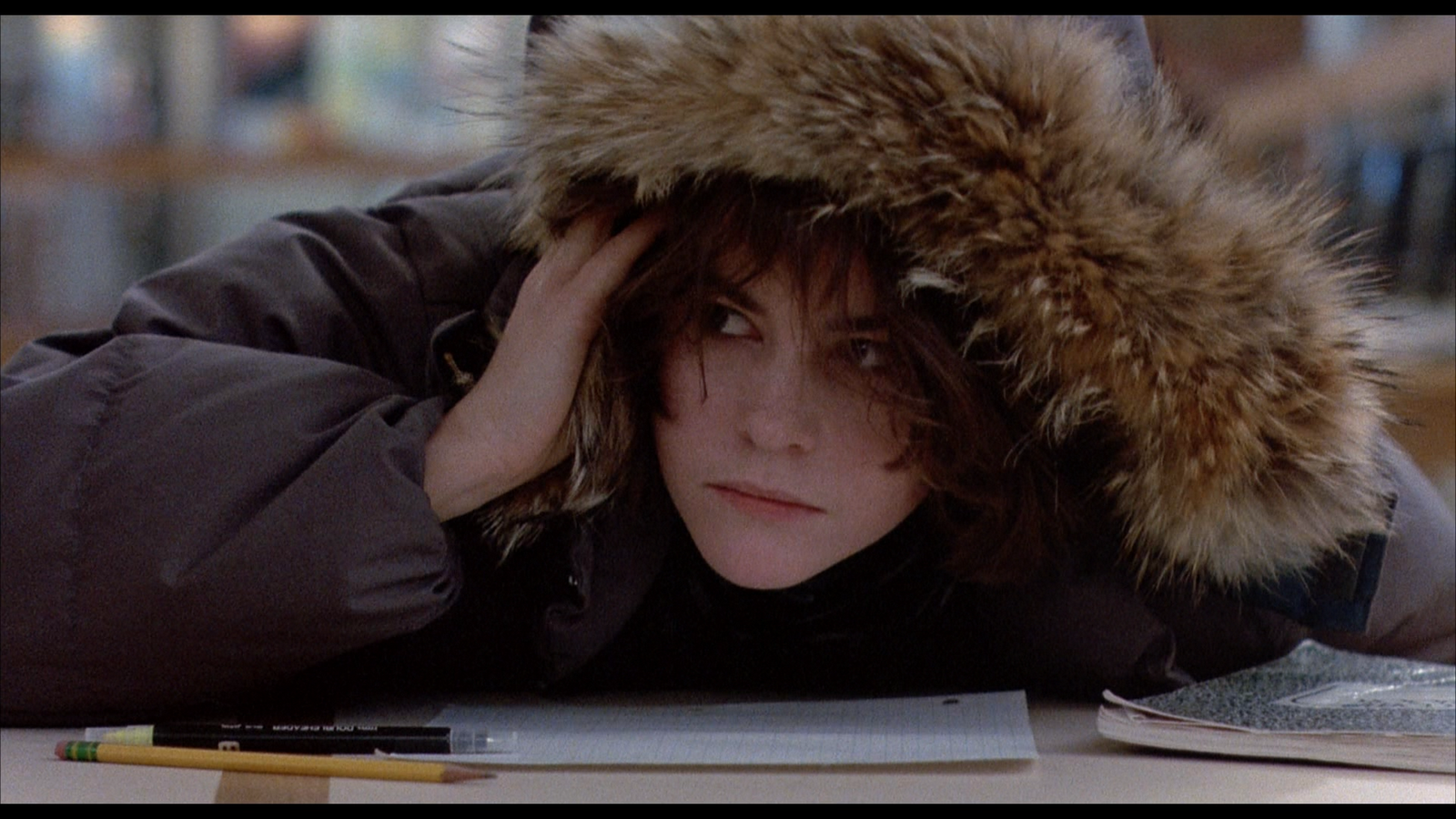 Fig. 3 – Allison Reynolds, as played by Ally Sheedy in The Breakfast Club

It wasn’t that interesting culture wasn’t happening back then.  Earlier in the decade in New York City, there was a whole other level of underground happenings – it was the era that birthed Jean-Michel Basquiat and where you’d find the likes of Glenn O’Brien, David Bowie and Madonna all hanging out at the Mudd Club or the post-punk version of the Beastie Boys performing at the Danceteria.  I am probably romanticizing that time and place, but it seemed like a totally different universe to mine.  Where I lived, there was a mainstream and then those of us who didn’t feel as included.  Nobody wants to feel alone, so our anti-fashion seemed like a way of both rejecting the mainstream and creating something we could feel solidarity towards – as John Bender said, “demented and sad, but social.”  In those pre-Internet times, what other options did we have?

As an example of how things worked back then, I’ll defer to Fred Armisen. He needs no introduction now, but in the nineties he was in an underground post-hardcore band called Trenchmouth. Here’s how he describes their founding, “At school I met this guy named Damon Locks. He wore a coat with the name of this great punk band The Damned spray-painted on the back. I remember thinking, ‘I want to be in a band with this guy.’” 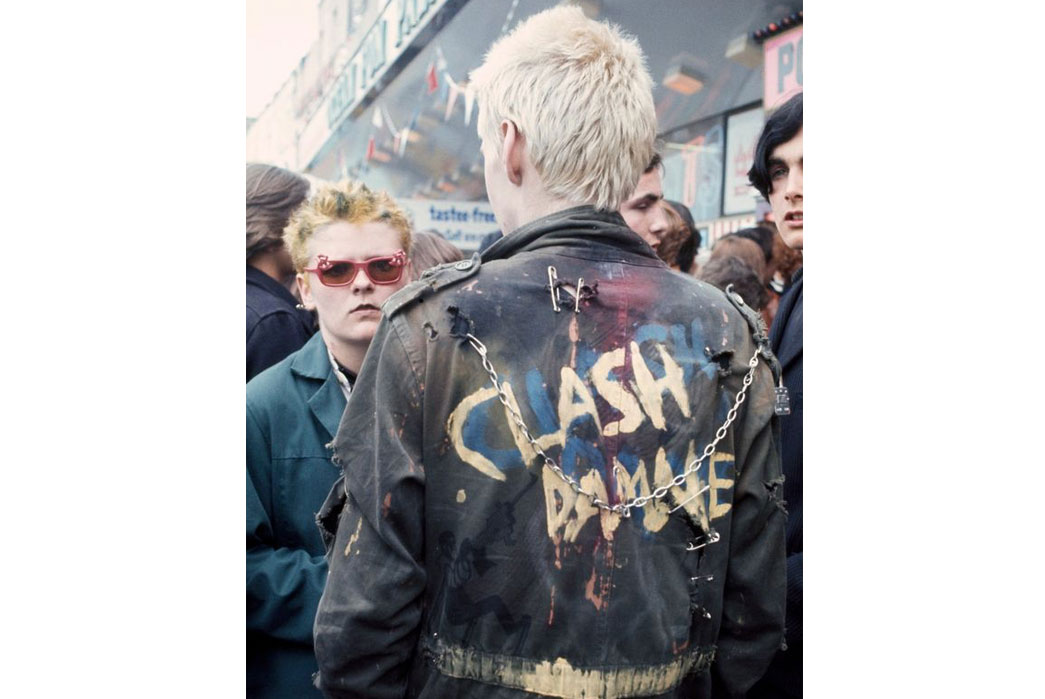 That expression of culture continued on through the nineties–I’m pretty sure Nirvana was the first crack in the mainstream. The first time I saw the video for “Smells Like Teen Spirit,” I instantly connected with the band as did millions of others across the country. Instead of little pockets of weird, Nirvana somehow mobilized a mainstream pivot towards our thing.  Buoyed by this energy, my generation latched onto the emerging power of the Internet to create small networks of people across the world with similar interests.

I remember arranging a trade with a guy in Germany – an industrial noise record by the Hafler Trio for an obscure UK indie pop 12” by a band called Miaow.  Five years earlier, I would have been unlikely to run into someone in my city of a million plus who knew either of those bands.  Amazing.  I met friends online then with whom I am still in touch today.  And I still kept buying those concert t-shirts as I lived through the Nineties heyday of indie music – Codeine, Pavement and the legendary Siltbreeze Festival in a tiny club in Philadelphia. 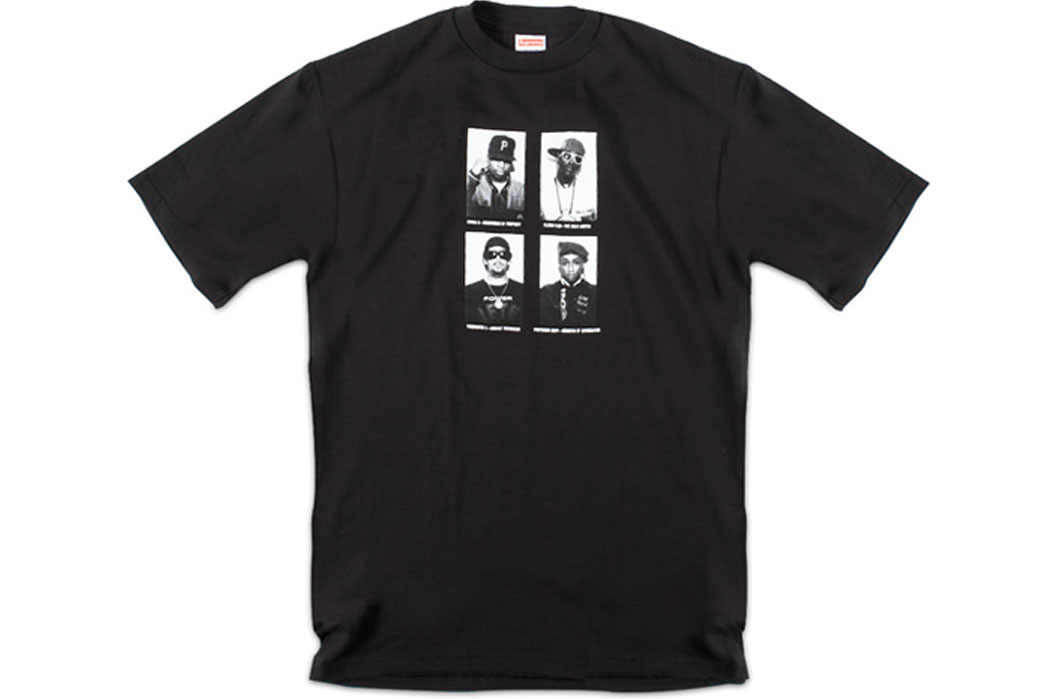 Much later on, I discovered Supreme. It was back when they were a legit menswear brand in a hyped streetwear brand’s clothes. The signals were all there – skate, art, the elevation of street-wise blue collar staples like flannels and military jackets – and of course, the knowing musical references.  I saw the Public Enemy “Mugshots” t-shirt and thought, “yes.” It reminded me of that Eighties version of New York City I had dreamed of – the one with all the weird people getting down in a place where they belonged. There were layers upon layers of cultural references in Supreme’s collection, but I could write a whole column about the music parts that connected with me and the specific memories I had around each one: Public Enemy; Lou Reed; The Pogues; The Spacemen 3; Lee Perry (The Smiths yes, but Morrissey not so much – he was always a case for the true loners and always projected a sense of narcissism).

Thinking about Supreme in terms of references shows how much things have changed. If you wear a pair of distressed black jeans featuring 100 safety pin closures, you’re not trying to intentionally provoke a reaction as the progenitors of that style had meant to–at most, you’re indicating a knowing tribute to the punk style as pioneered by Vivienne Westwood. And lest we forget, the raw denim scene was nurtured by the urge of rockabilly fans to replicate a Fifties style. It’s a powerful indication of how the knowledge spread by the Internet has transformed our understanding of fashion signals. 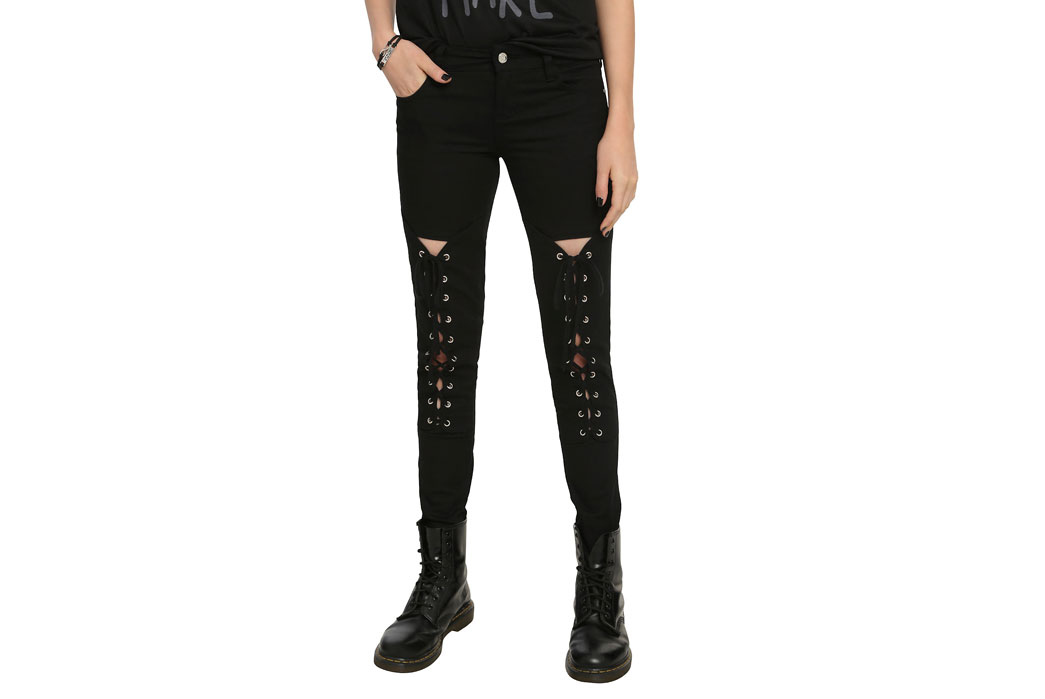 Ms. Beneath the Surface has a job working with young adults and she’s amazed by how adaptive their appearance can be–one in particular showed up in a punk rock outfit one day and then something more classically feminine the next.  It sounded like a costume change at a Gwen Stefani concert(*), or maybe post-makeover Allison in the Breakfast Club. I dress the same way at work, something tailored when I have meetings that require it, something more fashion-forward when it suits my mood and maybe a more Heddels-friendly look for casual Fridays. In other words, we now use fashion as a tool, instead of a rule.

Alexis Petridis, in a piece for the Guardian, thinks that subcultures now exist online in vanishingly quick formulations. I think, though, that he hit upon the truth by accident. Pondering whether blogger-cum-artist Molly Soda is at the forefront of a subculture, he writes “…it’s a little hard to put your finger on what she does or stands for.” But then he observes the mainstream echo – “Urban Outfitters recently ran a blogpost telling customers how to achieve a Molly Soda-inspired ‘Tumblr girl look’, albeit as – oh dear – a Halloween costume rather than an ongoing lifestyle.” Large companies have been co-opting subcultures for profit since the Sixties, but these days that must feel like scooping up sand with an open hand. 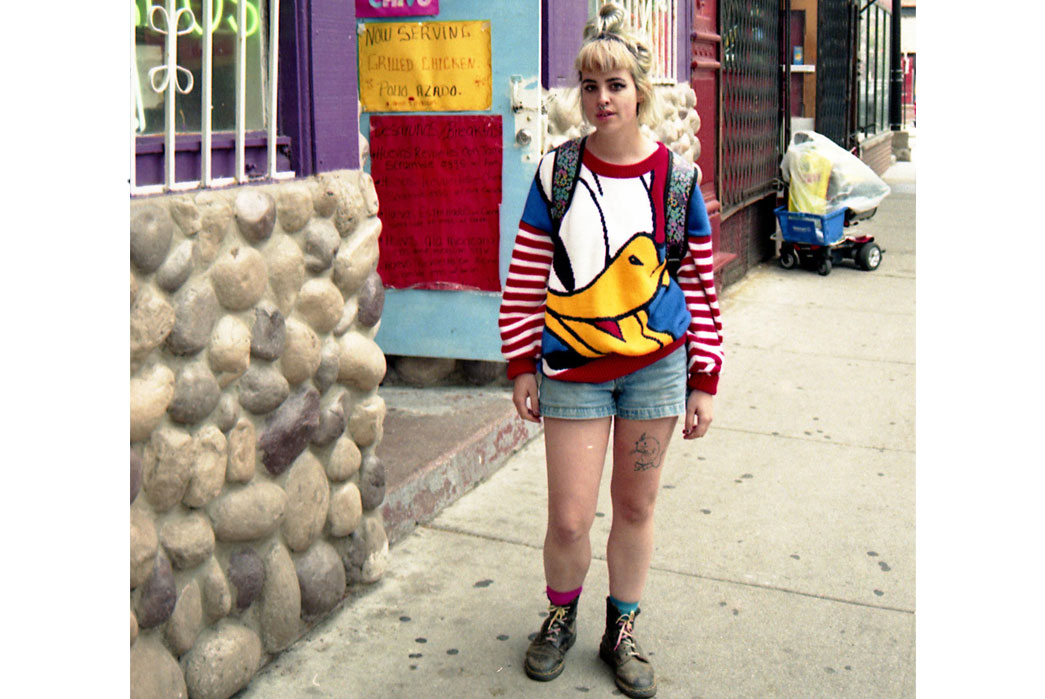 So what does this all mean now? The Internet surely has fulfilled a large part of our need to bond with any subcultures that allow us to feel validated. And, hopefully, it’s opened up a way for people to express themselves as individuals online–not through a way of dressing that implies a set of cultural values, but by presenting a series of daily activities that add up to a lifestyle–a craft beer enthusiast one day, an amateur photographer with a love for cycling the next. That sounds ok to me. But Petridis’ piece raises a good question – do we still expect someone to stand for something other than herself?

It’s probably the same basic desire for categorization that tried to force bands as musically and socially different as Nirvana and Pearl Jam into the same grunge “movement.” The way we may have once classified a classmate as a nerd, a jock, a loner, a prom queen or a burner.

It was easy to know who the people were that we could relate to. We’d be on tour in, say, a small town in Minnesota, and you would spot some tattooed guy and know that like-minded people weren’t far. Now everyone has a tattoo, everyone has a weird beard.

But not all tattoos are the same.  I still think we find ways of flying our own flag.  Even with Supreme’s popularity, it’s pretty easy to tell if someone’s truly connected with the real underground community that still orbits around the brand. Or even with readers of this site–many of you could probably spot a chainstitch runoff in a sea of mass market chambray shirts. The details still matter–and in that way, there is still a story in what we wear.

* No offense to Ms. Stefani – I am known in some circles as the guy who likes No Doubt.

PS – This is a companion to a piece I’m publishing on a broadsheet about the way my tribe has learned about, and discussed, music over my lifetime–this has also changed radically due to the Internet. Feel free to stop by my table for a free copy at the WFMU Record Fair on April 29th and 30th in Brooklyn. It’s a vinyl and music lover’s paradise! 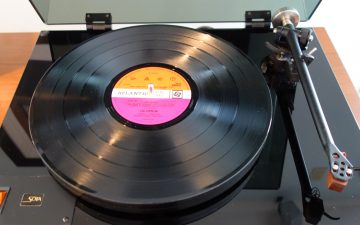 How To Do Vinyl Records the Right Way – Beneath the Surface 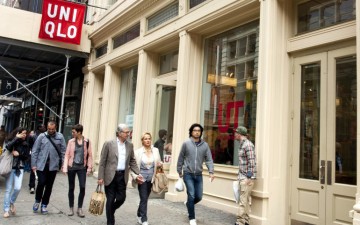 From Unique to Uniqlo: The Malling of Soho NYC – Beneath the Surface 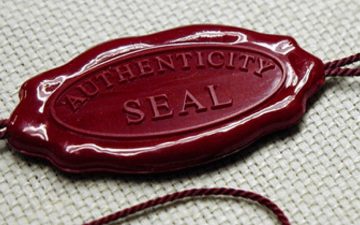 As Authentic As What? 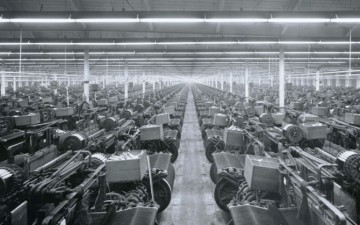 In Defense of Cone Mills – Hems and Haws