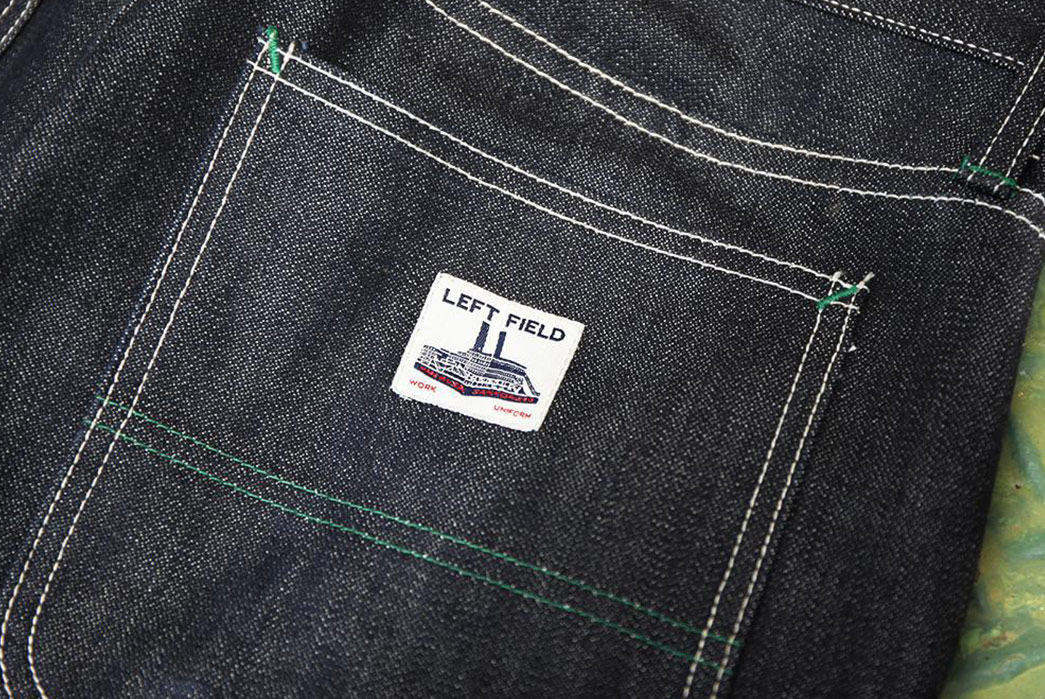 Clocking in nearly a quarter-century in the heritage menswear market, it’s clear that Left Field NYC is here for the long haul. The brand is committed to American-made goods that honor the rich sartorial history of the United States, from workwear to sportswear and ivy-league garb.Left Field is also a pillar of the American raw denim scene, offering top quality, domestically-made five-pocket jeans in a range of cuts and fabrics. We’re taking a moment to shine the spotlight on Left Field and what makes the brand so charmingly American. 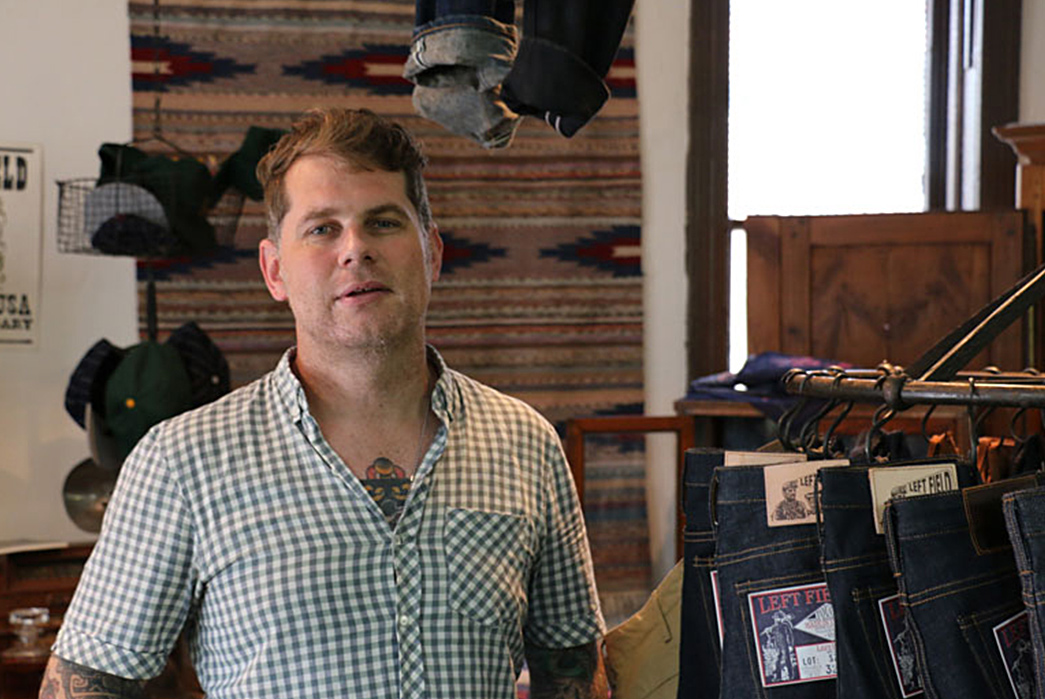 Left Field was founded by Christian McCann in 1998. Growing up, Christian became obsessed with the craftsmen ship of yesteryear by attending antique flea markets as a child. As he grew older, Christian gradually noticed that products that were once handcrafted in the U.S. were now mass-produced in outsourced factories.

This trend was was extremely prominent in the mid-to-late 90s as more and more manufacturers closed their domestic operations in the wake of NAFTA. there wasn’t the swath of homegrown American brands making quality products in The States like there is nowadays. In fact, the heritage menswear market was practically non-existent. Streetwear had certainly kicked off by the mid-90s, but makers producing time-honored goods in the U.S.A. were few and far between.

Christian reflects, “Left Field was started back in 1998, a time when American-made clothing was practically unheard of. Back then, the word “vintage” was only used to describe pieces that were actually old, and the brands that dominated menswear were as inspiring as the local Walmart.”

Initially based in North Philadelphia, Christian collected quality vintage clothing that he would find in the area’s thrift stores. Deciding that clothing was his calling, Christian sewed some seeds in the clothing industry while working as a menswear buyer for Anthropologie when the current chain behemoth was still in its infancy.

He eventually relocated to New York in 1997 and established Left Field NYC in 1998 on Atlantic Avenue in Brooklyn. He remembers, “Left Field grew out of small shotgun apartments and lofts throughout Brooklyn. Every step of its growth I was personally a part of, from carrying rolls of fabrics in the back of my truck, and then up and down elevators in the Garment District, to climbing over bags of clothing to get out of bed.”

In the early days, Christian channeled his Americana influences by producing vintage-style sweatshirts with chenille and wool felt motifs, and t-shirts with appliqué felt lettering. The design process was raw and fresh, with hand-stamped neck labels and unique colorways that were inherent of 40s athletic wear. Local streetwear store, Alife, started to stock Left Field NYC, as well as a handful of Japanese stores that lapped up the Americana-style appliqué lettering.

Left Field NYC eventually voyaged into the world of raw denim. And it’s with the brand’s raw denim goods that Left Field’s philosophy of American-made quality goods really shines through.

As Christian explains, “I always try to incorporate some history in my clothing. The denim is inspired by coal miners. I grew up two hours away from the Anthracite capital of the world, and I’ve always thought there was no tougher worker then a coal miner. And not that romantic, old west gold mining story. Just pure grit. Tough ass American men working in the pit of hell, claustrophobic spaces underground, cold and wet with no natural light and black dust in their lungs.” 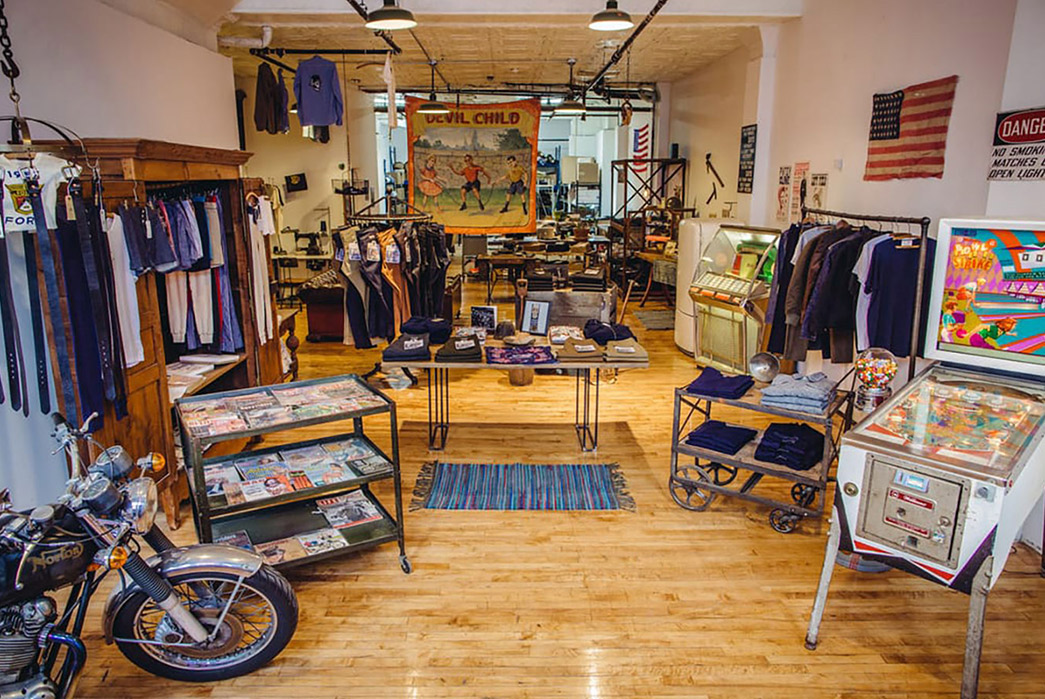 Today, Left Field NYC produces a wide range of products, all centered on American culture. Vintage-style tube-tees, jewelry, chinos, shirting, leather jackets, and of course, raw denim goods, Left Field NYC has created a plethora of Americana goodness, all of which can be experienced first hand at the brand’s brick-and-mortar store in Ridgewood, NYC. 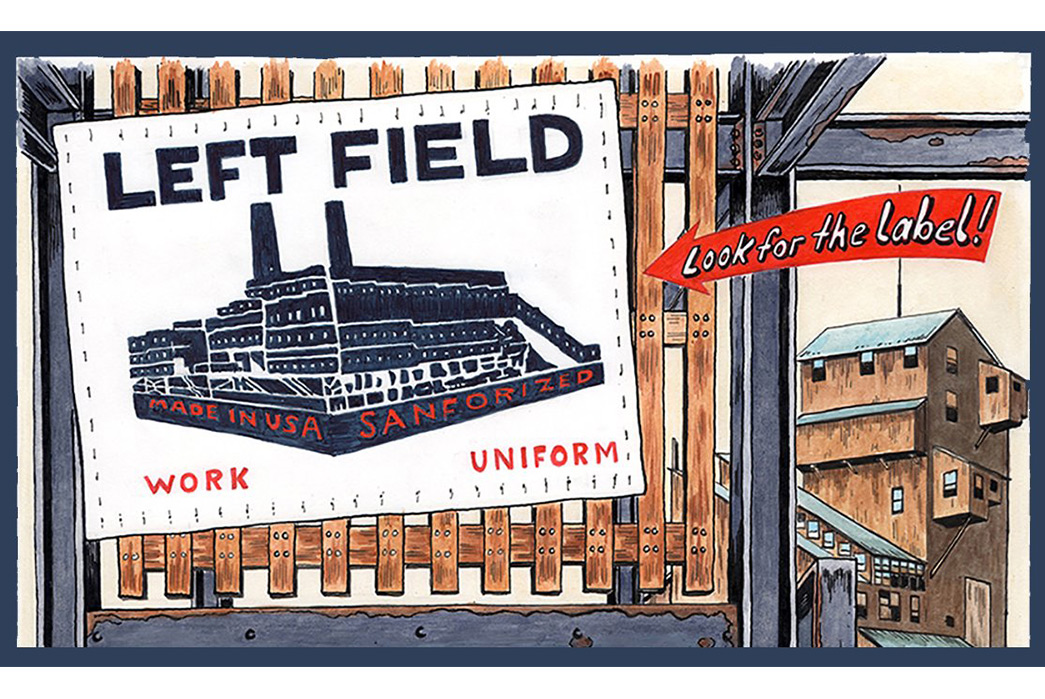 The brand has even expanded to offer a sub-label, Choctaw Ridge, which focuses on vintage-style undergarments like nightwear and long johns. Each Choctaw Ridge product comes in a decorative embossed box that honors the packaging of times past. The same goes for Left Field’s Tube Tees, which come in iconic 50s-style packaging. 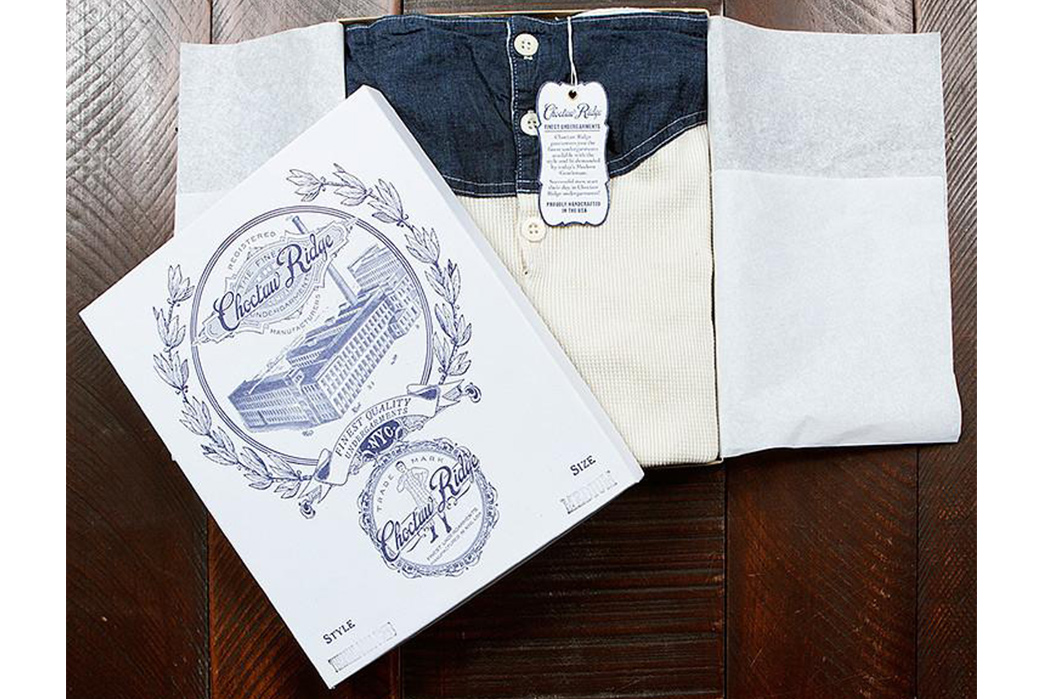 As well as sourcing raw selvedge denim from Japan from esteemed mills like Nihon Menpu and Collect Mills, Left Field NYC also works with a mill in Xinjiang, China. While China doesn’t have the best reputation for high-quality goods, Xinjiang denim is seriously competitive in terms of price and quality. Christian reflects on this in our 2017 interview with him:

“I was looking for a cheaper priced denim so I could offer a cheaper entry level price point at Left Field. I prefer people to buy into our lower priced tier rather than come from a cheaper priced inferior brand. The key was to find a cheaper but high quality denim, and I believe the Xinjiang is the best of both. The key selling point was the fact that it was made with an extra long staple cotton which is very rare.” 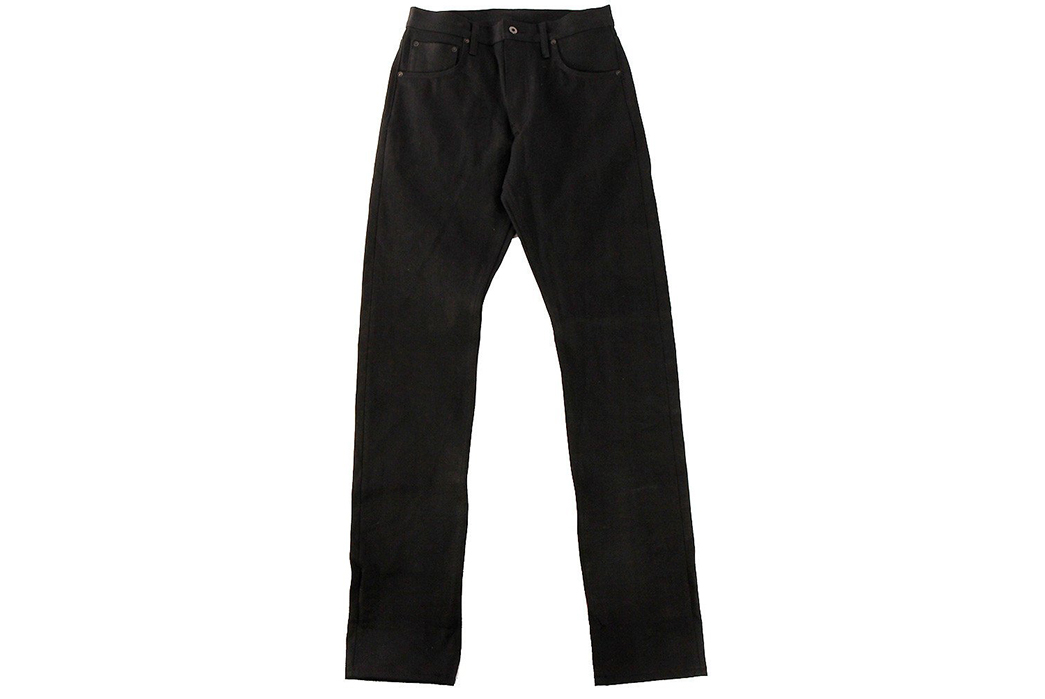 Left Field’s classic ‘Greaser’ fit is a staple mid-century American silhouette that is full in the leg with a mild taper. Seen here in 16oz. double-black Xianjang denim, these jeans are proudly made in the U.S. with American hardware and bandana pocket bags to boot. Each pair comes complete with hidden rear-pocket rivets, hidden selvedge coin pocket, chain-stitched hems, and a tonal coal miner leather patch.

Available for $185 from Left Field. 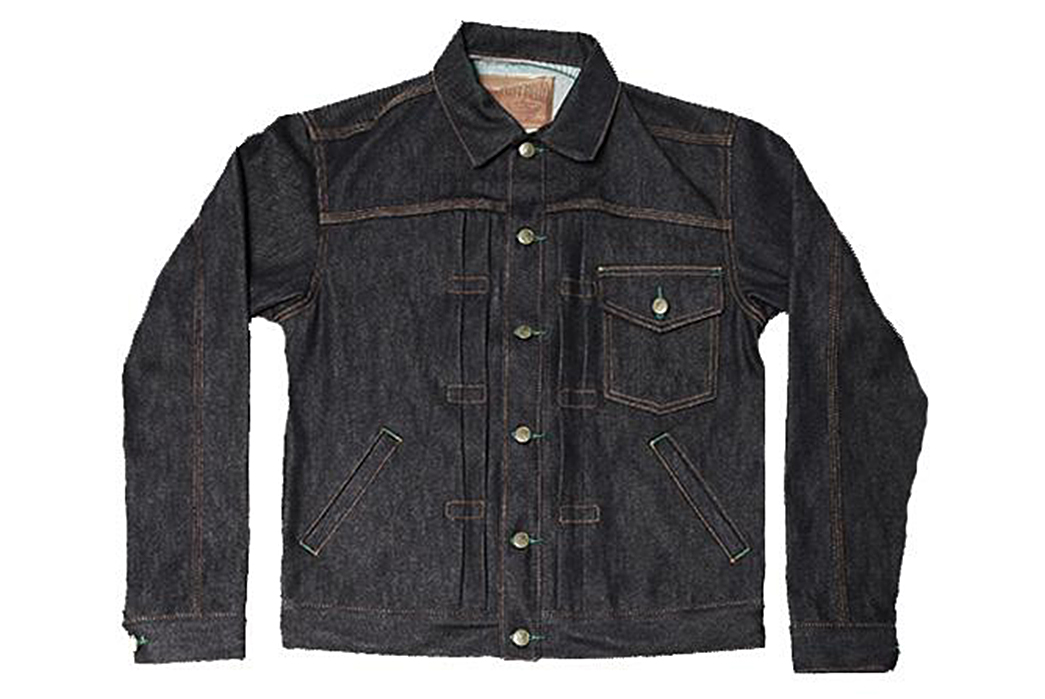 Available for $258 from Left Field. 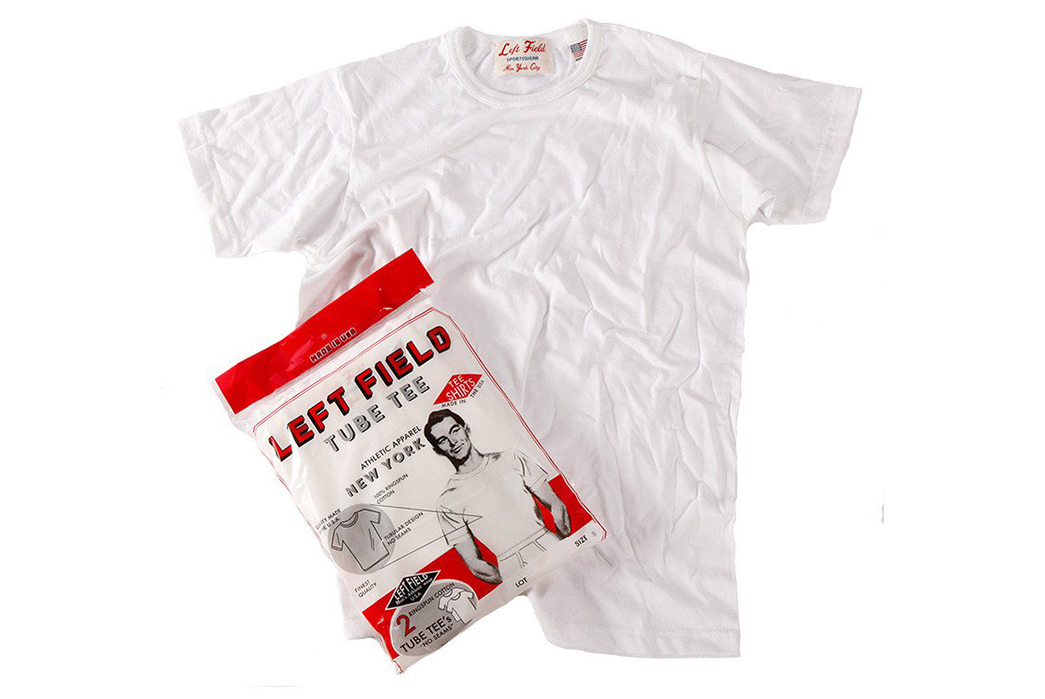 Crafted in the U.S.A., Left Field’s Tube Tees are a slice of mid-century America in charming packaging. Each t-shirt is tubular knit from heavyweight ringspun cotton, creating a premium fit with no side seams. They’re then finished with a 50s-style binded collar and a woven neck label. The Left Field NYC Tube Tee is a fan-favorite and often revered as one of the best plain white tees on the market. And they come in a 2-pack! What’s not to like.

Available for $75 from Left Field. 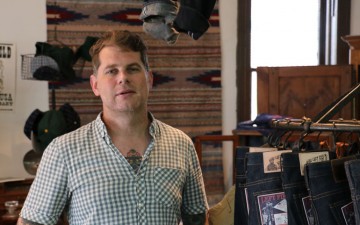 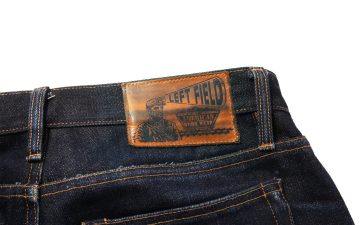 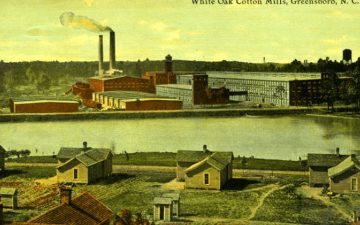 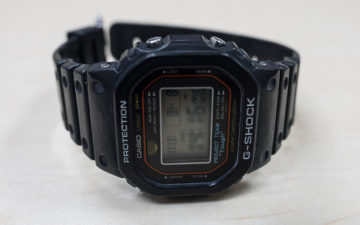 G-Shock: Inside One of the World’s Toughest Watches