When it comes to the embodiment of Americana, few garments are as historic and versatile as the leather jacket. From its beginnings in the early 1900s to its omnipotent relevance in society today, the way leather jackets have endured throughout American history is not a coincidence, but rather a testament to its timeless charm amongst so many circles.

Getting its start as essential wear in among bikers and the Navy thanks to its durability, not only would this relationship continue—with its peak possibly coming in WWII—the jacket gained steam in sporting, hunting, manual labor, and motorcycling before getting picked up by Hollywood, musicians, and artists. And throughout its history, there is no brand more prevalent and ubiquitous than Schott NYC.

Founded in 1913 by brothers Irving and Jack Schott in NYC, the company’s first product was a raincoat which they peddled door to door. By the mid-1920s, Schott was credited with being the first brand to put a zipper on a jacket. It had to start sometime right? In 1928, Irving Schott designed and produced the first motorcycle jacket which retailed for $5.50 at a Long Island Harley Davidson distributor. Christening it the Perfecto (allegedly after his favorite cigar), the Perfecto is from a time when form followed function,. Rather than zip-up the middle of the front, this jacket zips off-center at an angle, and over a placket so as not to let the wind in while on the bike. 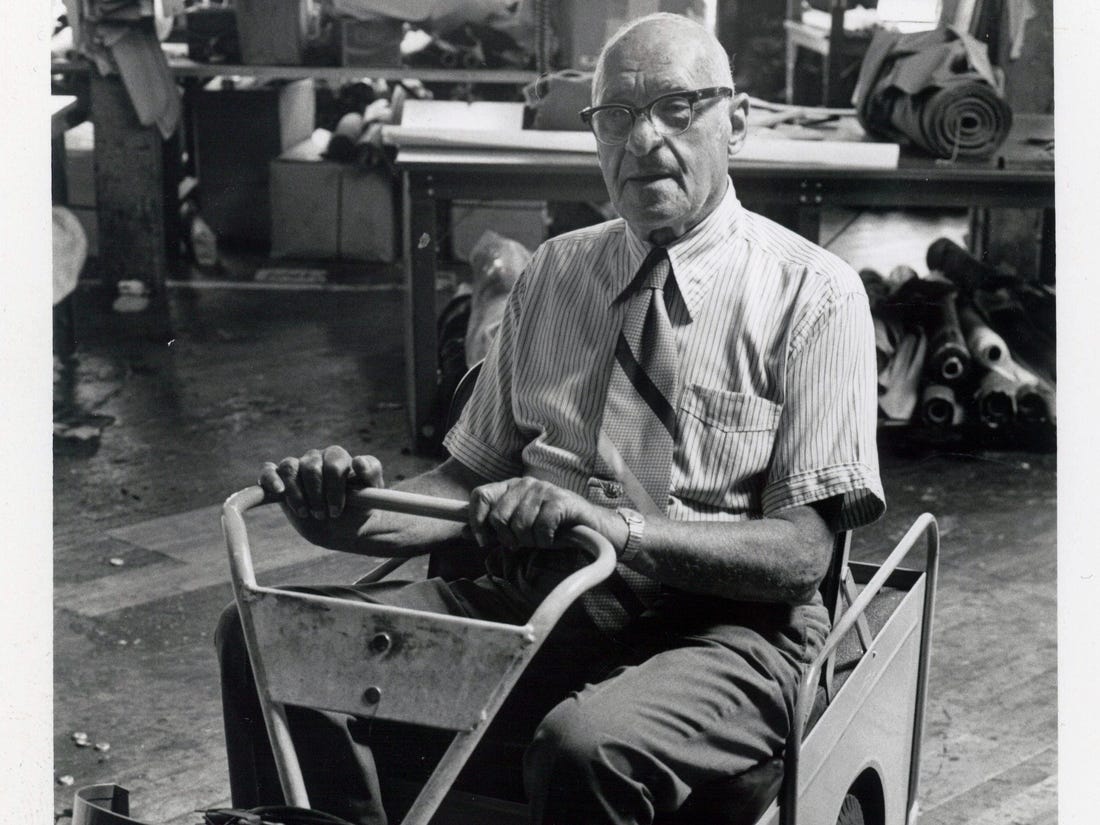 Irving Schott, Co-founder of Schott NYC and creator of the Perfecto, via Business Insider

During World War II, Schott was contracted by the US Navy to make the classic 10 Button Pea Coat, Made from thick melton wool and featuring robust fastenings, wide cuffs, and large lapels, the Pea Coat was a fundamental utilitarian jacket that would become some of Schott’s calling cards.

A U.S. Navy Officer Wearing a Peacoat via Grailed

Post-war, arguably the biggest thing to happen to leather jackets was a 1953 movie called The Wild One in which Marlon Brando, playing the rebellious leader of a biker gang, wears a ‘One Star’ later jacket made by Durable. Though this piece was not manufactured by Schott, Brando’s immortalized the leather double rider jacket, a style that Schott already championed with its Perfecto jacket.

Marlon Brando in The Wild One (1953) wearing a Schott perfecto

The fact that school systems across the county banned the leather rider jackets in response to Brando’s character only made them more desirable. When the punk rock movement was building, the Schott Perfecto found yet another subculture to represent, with the likes of The Ramones, Joan Jett, and The Sex Pistols all wearing Perfectos adorned with pin badges and other accessories.

The Ramones Wearing Schott Perfectos in the via GQ

Fast forward to the current day and Schott is still firmly rooted in the pantheon of classic American brands. And with the growth of heritage wear, the brand is being introduced for the first time to a whole new generation of wearers. As well as its archetypal utilitarian jacket styles, Schott makes a range of time-honored clothing like wool overshirts, sweaters, as well as biker wear, and casual t-shirts.

Recently celebrating its 100 year anniversary in 2013, the brand has no plans of slowing down as they work towards the next hundred. After all this time, the company remains a family affair with the third and fourth generations of the Schott family still owning and running the show. And if this wasn’t enough of a feat, they have managed to keep most of their manufacturing in the United States.

However, the way Schott has stayed true to their values doesn’t end with how the company is run, where the products are made, and the quality of the materials used – but of course extends to what garments they offer, at least 4 of which are almost exactly the same as their original patterns back in the day.

The jacket that really started it all for Schott, the Perfecto is still made in the United States from drum dyed, hand-cut, heavyweight cowhide. Arguably the most recognizable if not the most iconic leather jacket ever made, it was a second skin for bikers before being immortalized by Hollywood and stays relevant to this day thanks to its distinct design and functionality.

Available from Schott NYC for $825

A nod to its military roots, the Bomber is based on the A-2 bomber jacket that Schott was contracted to produce during WWII. Striking the perfect balance between functionality and style, it’s a perfect way to wear leather while staying under the radar and without risking getting a bike brawl. Coming in many different materials and variations, there is a Bomber out there for everyone.

Available from Schott NYC for $975

Another call back from their involvement in WWII, just involving a different branch of the military. The Pea Coat, as you may have guessed is not made of leather but wool and was created to handle even the harshest of conditions. Still made in the USA today, the timeless coat features nearly all the same details your grandpa remembers from his original.

Available from Schott NYC for $310 USD

In some ways the antithesis of the Perfecto, the Café Racer is a streamlined, stripped-down, no-nonsense variant that gained popularity in the 1960s. As the story goes, riders needed a simple, hard-wearing leather jacket to wear between pubs and cafes. Made in the USA with Schott’s renowned drum dyed, hand cut cowhide leather and beefy hardware.

Available from Schott NYC for $850