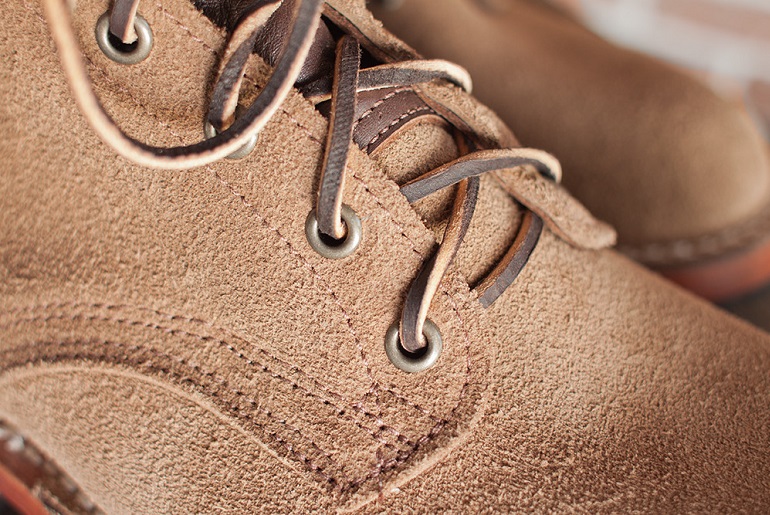 Natural Leather Boots – Five Plus One

It has been my observation that denimhead evolution usually follows a distinct patter: it starts with jeans, moves to belts, and ends on boots. And while some may enjoy your basic black and brown boots, others prefer boots that show more noticeable patinas.

That’s why we have put together a small list of some of the available natural leather boots. They’re undyed, and when left open to the elements they will surely show their journey. 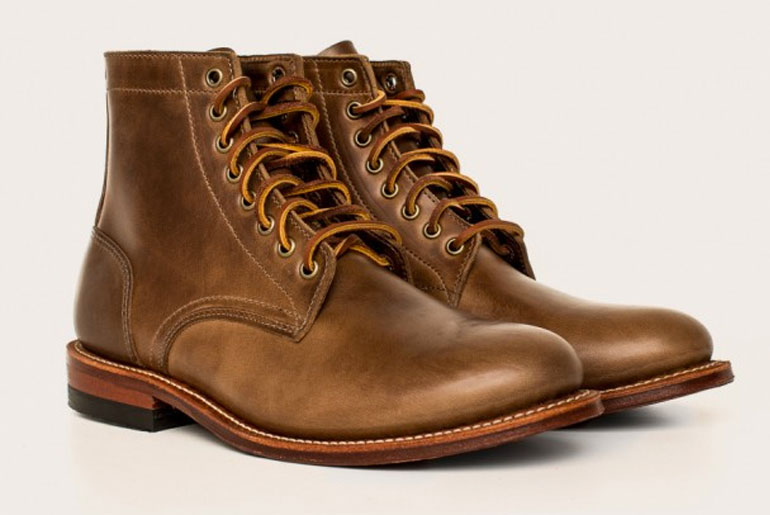 Where would a list of natural leather boots be without some natural chromexcel? This boot from Oak Street Bootmakers is a real crowd-pleaser, featuring a slim profile slim profile, natural chromexcel leather, and 360 degree Goodyear welt. This particular build features rawhide laces and an oiled leather sole, which complete the rugged and natural look.

Available for $426 from Oak Street Bootmakers. 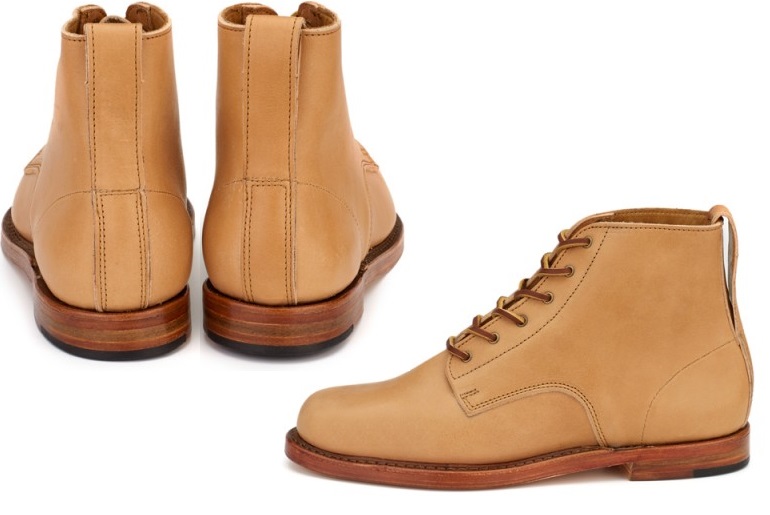 In today’s market two things seem to reign supreme: Horween Chromexcel and Goodyear welts. This Rancourt has neither, but that doesn’t mean it is any less fantastic. It uses Horween’s Essex leather, which is produced using many of the same tanning methods as shell cordovan but on cowhide. The boot is made using Blake construction, which tends to be lighter and more flexible than goodyear welted boots while remaining resoleable.

Available for $395 from Rancourt. 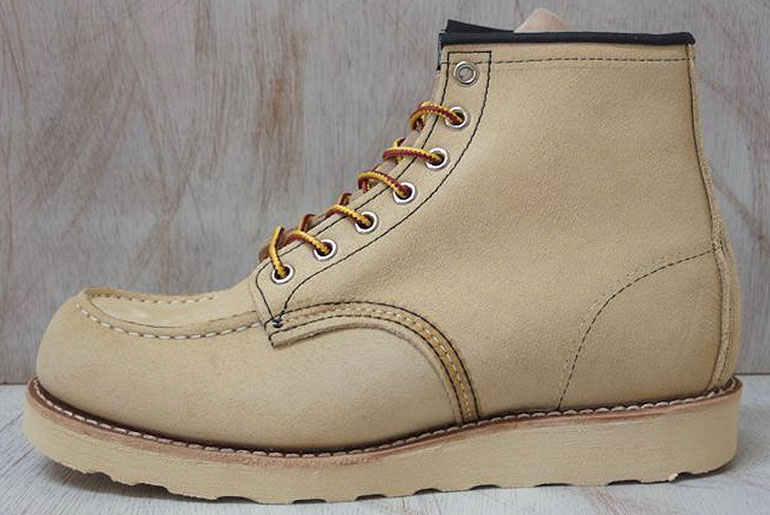 The leathers used for Red Wing Heritage boots are almost entirely produced by S.B. Foot Tanning Co., which is owned and operated by Red Wing. Some of their most popular leathers are their roughouts, and the Abiliene roughout used for the 8173 is no different. Light in color and rough in texture, the 8173 ages very well and gathers a patina incredibly quickly.

Available for $334 from Premium One on Rakuten. 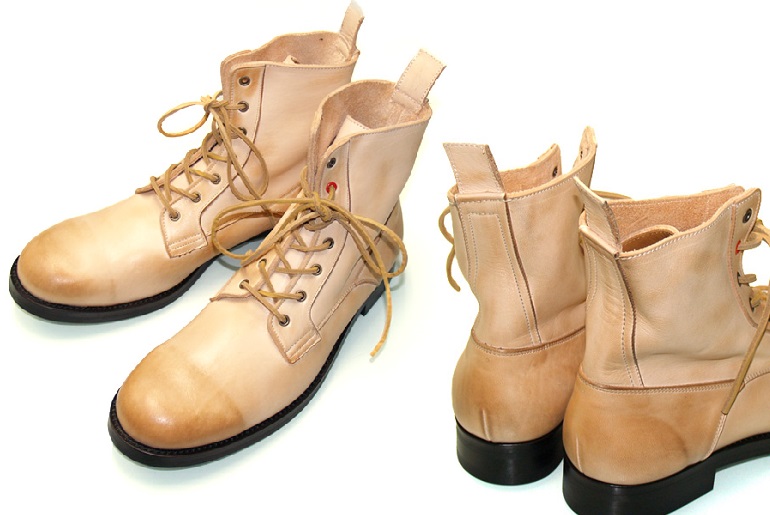 Improve Myself is anything but well known in the US, but that doesn’t mean they don’t produce some great products at great prices. These boots are made from an undyed horsehide, and because they are made using Blake construction they have an incredibly closely trimmed sole. Complete with natural rawhide laces, these boots are sure to age beautifully, just don’t forget to send us pictures!

Available for $230 from Craftcafe on Rakuten. 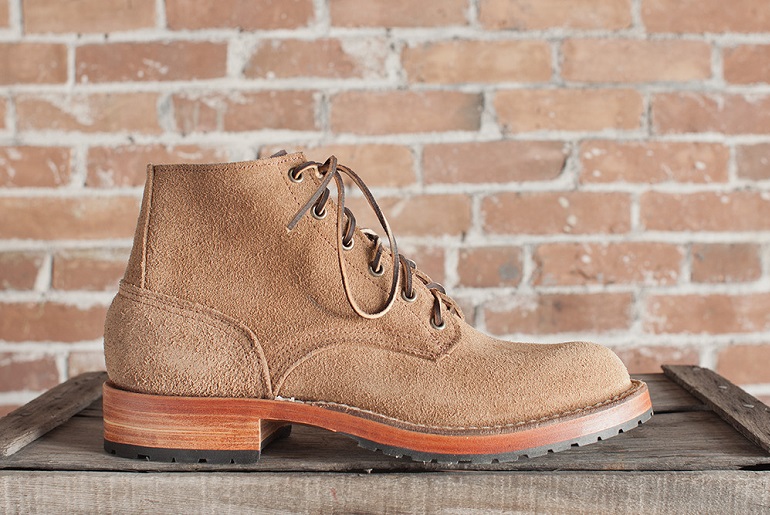 We’ve already had Blake and Goodyear constructed boots, so why not complete the trifecta with a pair of stitchdown? This build by Nicks boots features natural chromexcel roughout, the aforementioned stitchdown construction, block heel, and a slightly shorter-than-usual 5″ silhouette.

Available for $450 from Vermilyea Pelle. 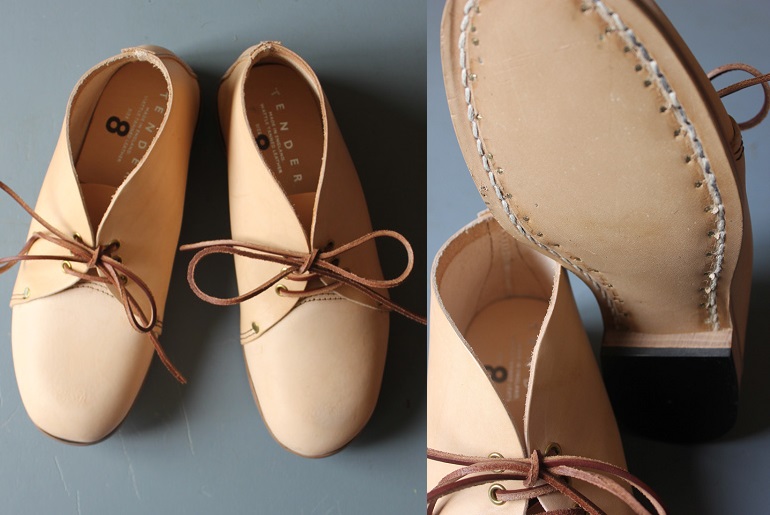 Anyone who is familiar with Tender knows that they are all about tradition, and these boots are true to this vision. They are built using an antique design from wattle and chestnut tanned leather, which will age to a beautiful dark brown. Complimented perfectly with brass hardware and rawhide laces, these boots would make a great addition to any collection.

Available for £296 from Trestle Shop. 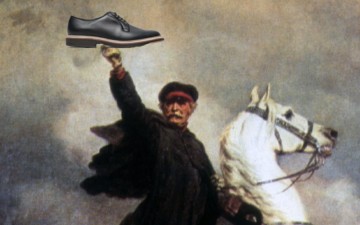 A Brief History of Dress Shoes: Part I 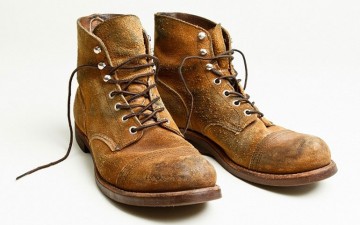 Know Your Shoe Leathers: The 9 Most Common Options 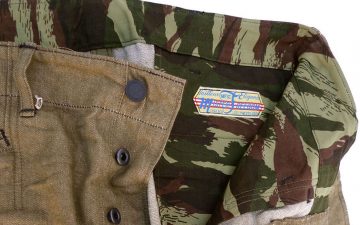 Olive Pants – Five Plus One 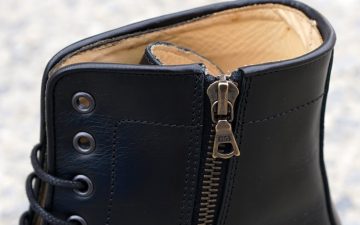 Side Zip Boots – Five Plus One